The HAB-0003 T-Rex from Yamato was the only mecha released in the Moe Moe Block line. Meant to be a mechanized counterpart to their modular girlie figures, the T-Rex feature a similar joint system.

However the toy was poorly received and the T-Rex was the only entry into the line. The toy was fragile, expensive, and at 12cm, smaller than people expected.

The box is nicely detailed with a clear window. The parts are covered by a clear plastic sheet that makes seeing details in the parts difficult. 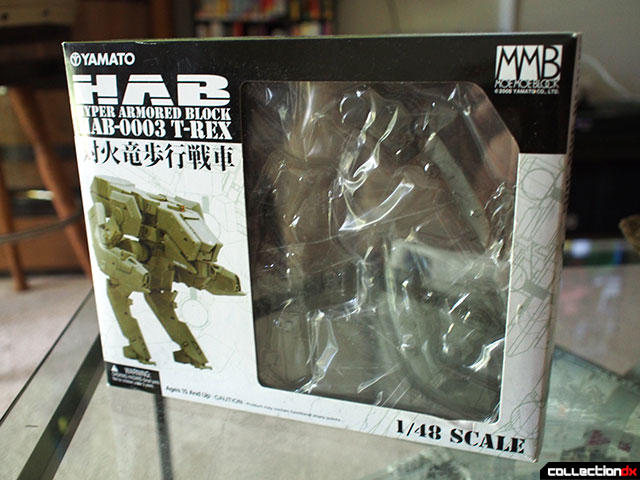 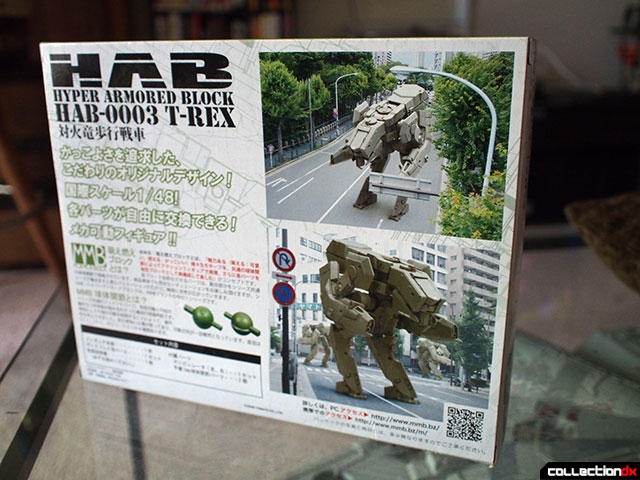 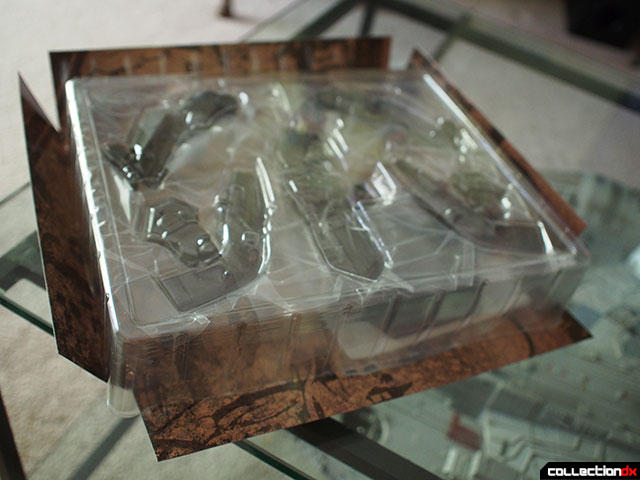 There's very little assembly out of the box, and here it becomes clear that the toy isn't as modular as you might think. Once assembled, the toy is fiddly and wobbly, and while not required, it is greatly aided by a stand. 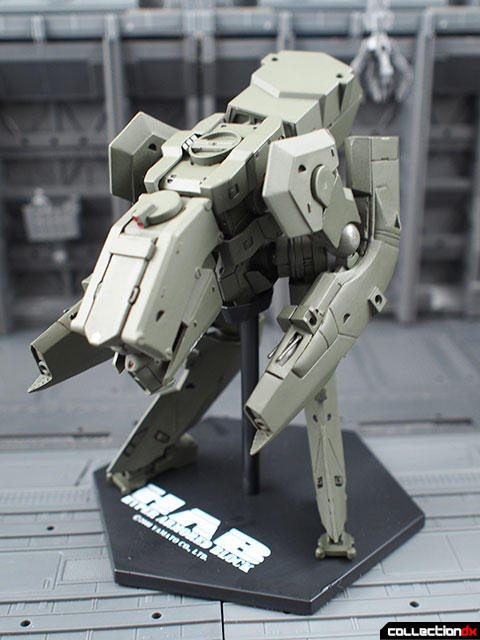 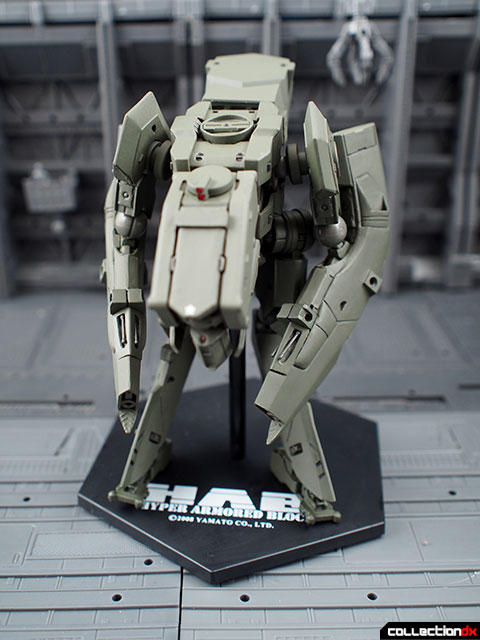 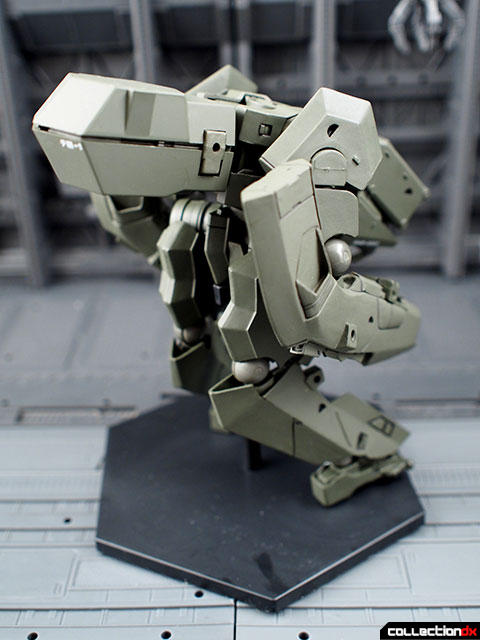 It can stand on it's own, but it's precarious. The large body with the tiny legs makes options for posing limited. 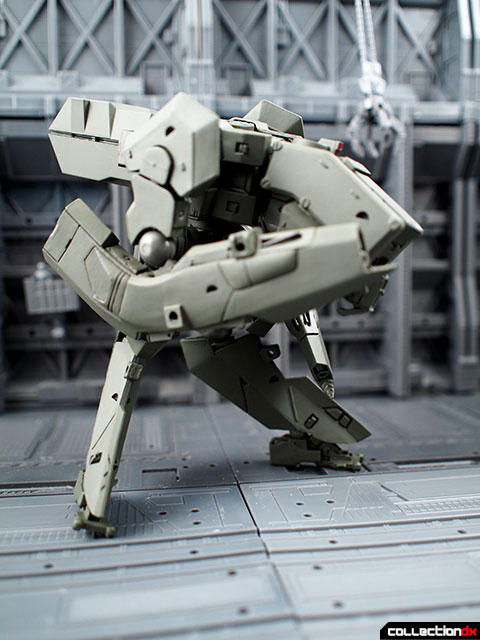 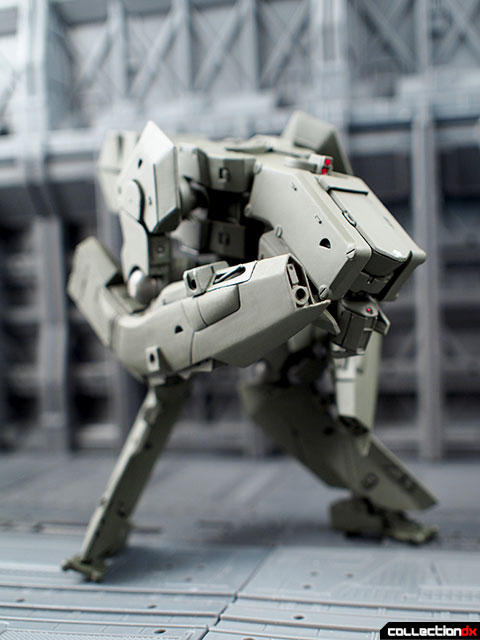 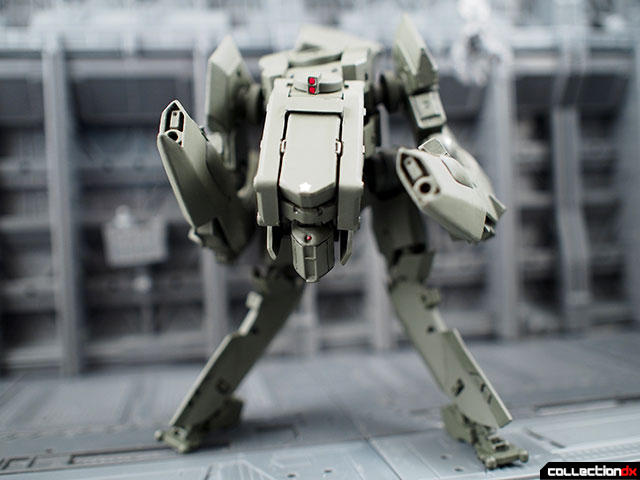 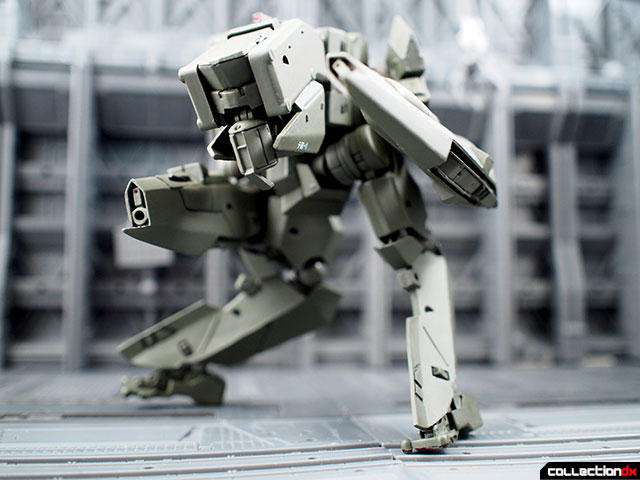 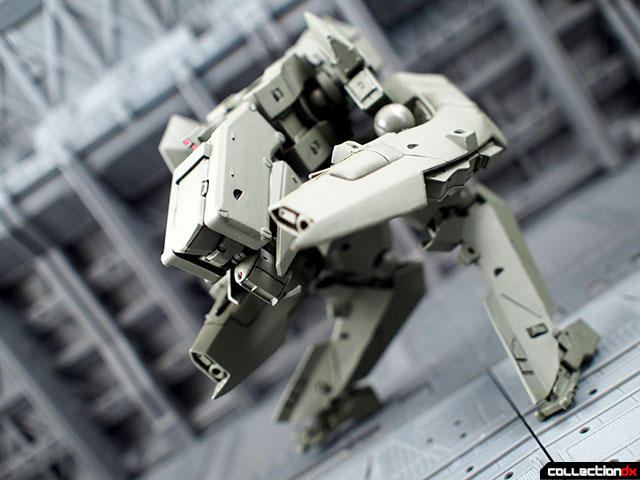 Broken down into its components, you begin to see it's shortcomings. The common joint system features joints that have square pegs on one side and round ones on the other, limiting what can connect to where. Some connections are just too tight, while others are not tight enough. I even tried to twist what I though was a round point only to break it off because it was square. 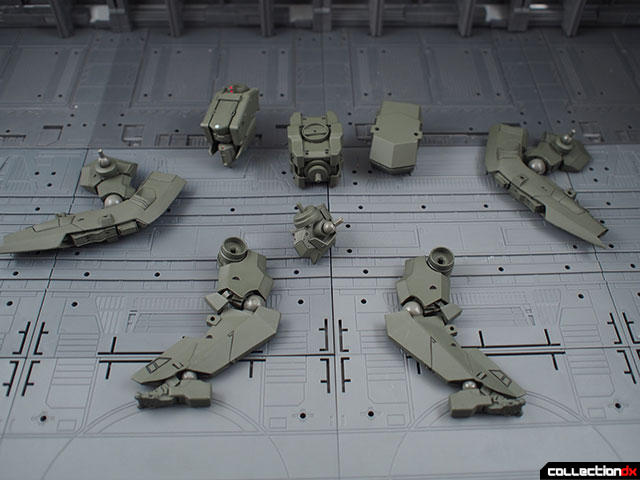 I tried to come up with some variations on the toy. What you see might look interesting but be aware they barely hold together. 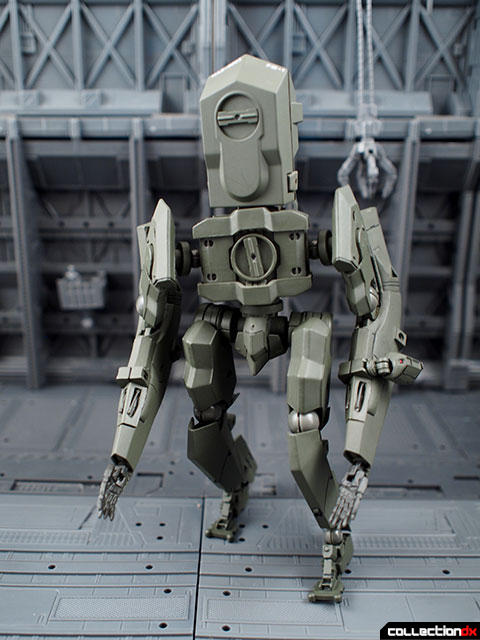 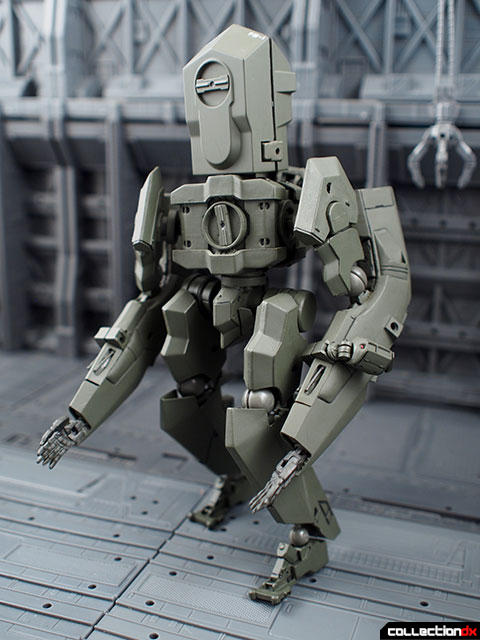 Oddly, they included a set of hands that are unusable in the default configuration. 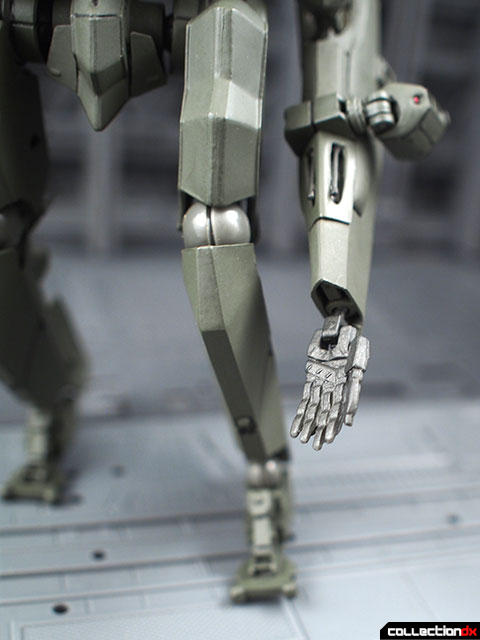 This really made me stretch my imagination to try and come up with something that looked decent and also was able to stand. Had the line continued, we might have had more options to play with. 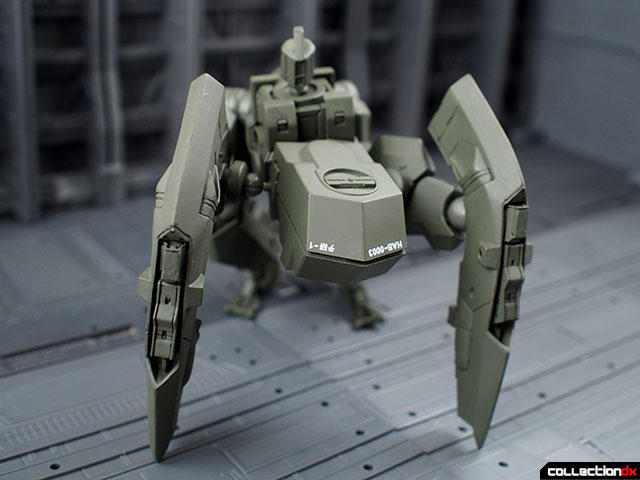 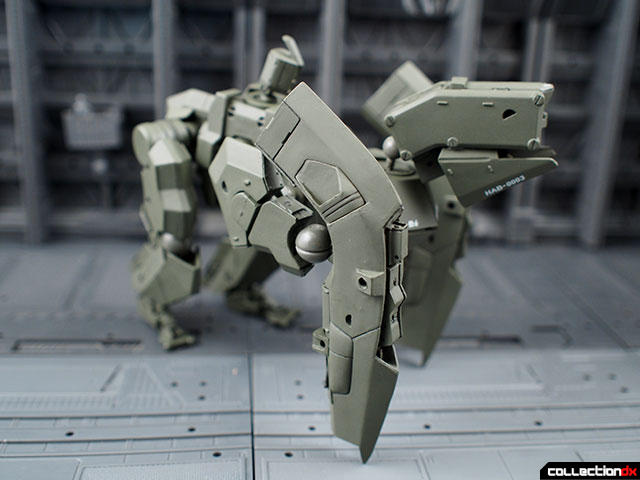 In addition to this green version, there was also a camouflage version released.

I almost bought one of the moe figures for the line but event at discounted prices, I heard they were pretty lousy quality.