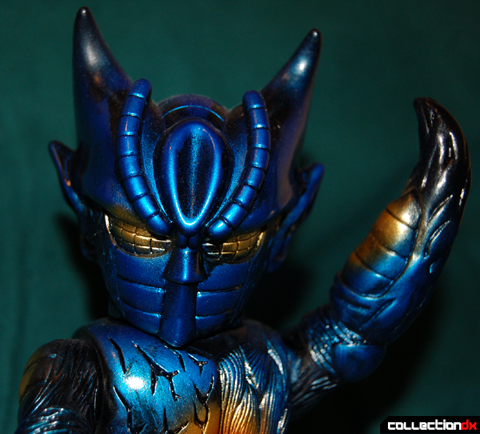 Evil Bat is the fusion of Mutant Evil and Orghan Bat. It features major tropes from both characters, with the addition of more detail and a vicious arm weapon. 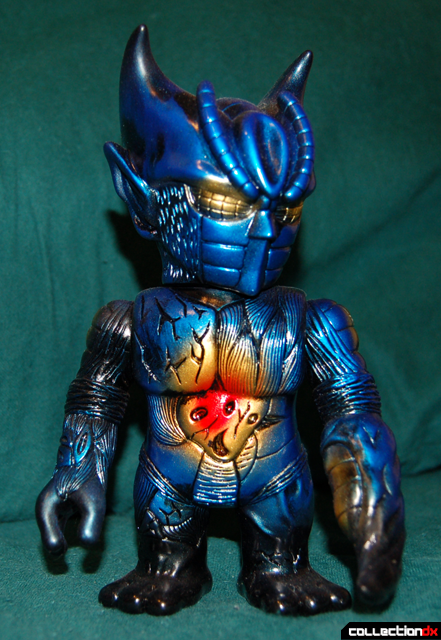 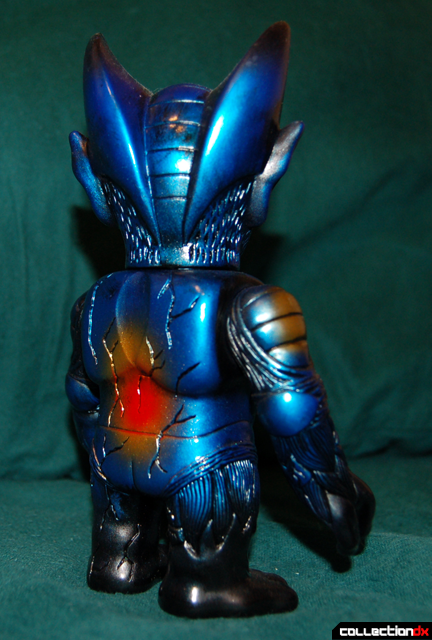 This is the debut release from SDCC09 on black vinyl. Just like the Kaiser-head, it features a metallic finish that I think was achieved by spraying clear blue over silver, with just a touch of detail work. 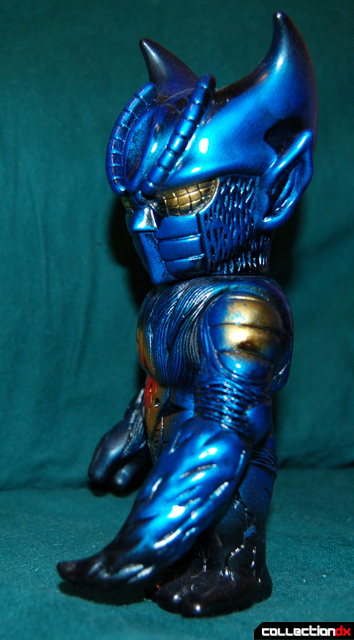 Evil-bat might be my favorite of the three MZ3 figures. They are all chunky and fun, but there’s something I really enjoy about the armored head and arm weapon. For having three points of articulation this guy really looks the part of an armored mutant ready for battle. 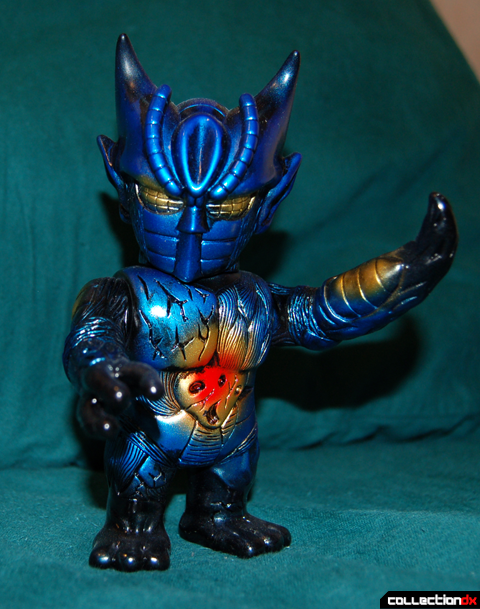