The original Cyclonus, released in the 1980s is a real ugly toy. I understand that we all look back on G1 with a sense of nostalgia, and the toy line was in fact really groundbreaking. but lets face facts, most were clunky, ugly things. Where at least most of the original G1 figures had an excuse (their forms were dictated by what they transformed into). Cybertronian forms such as Cyclonus had no such limitation, and it just seems like crap design to end up with what we did.

I know there, are different origin stories for Cyclonus. You know what? I don't care.

What I do care about is good toys, and this new version of Cyclonus is a good toy. Hell, I'd say its a great toy. 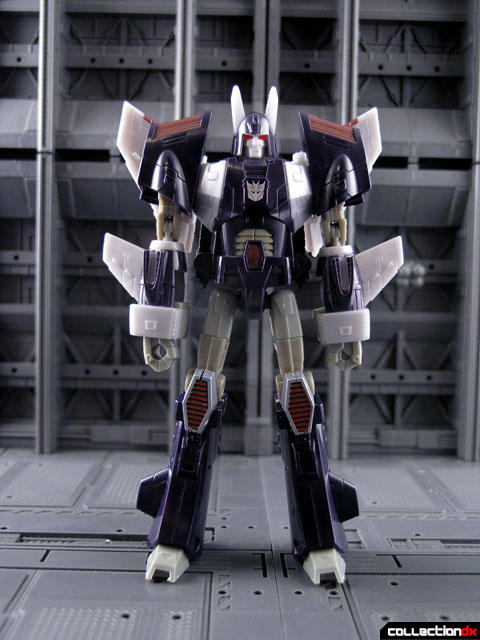 Cyclonus comes from the Classics 2.0 line of Transformers - modern toy design created specifically to evoke the spirit of classic characters. In this, they succeeded. 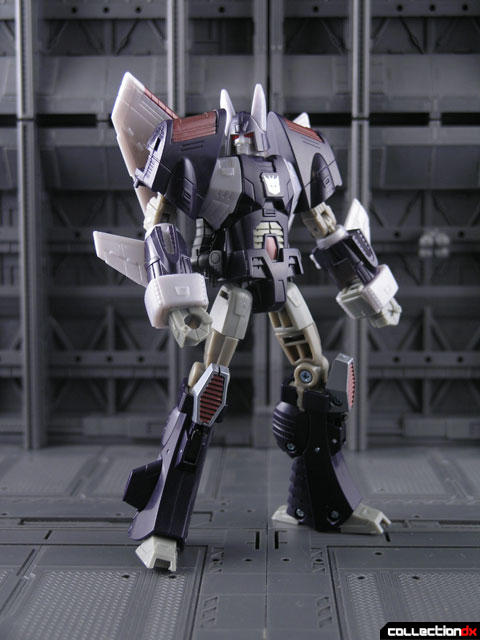 Packaging this thing in Jet mode was a mistake because it hides the awesomeness within. 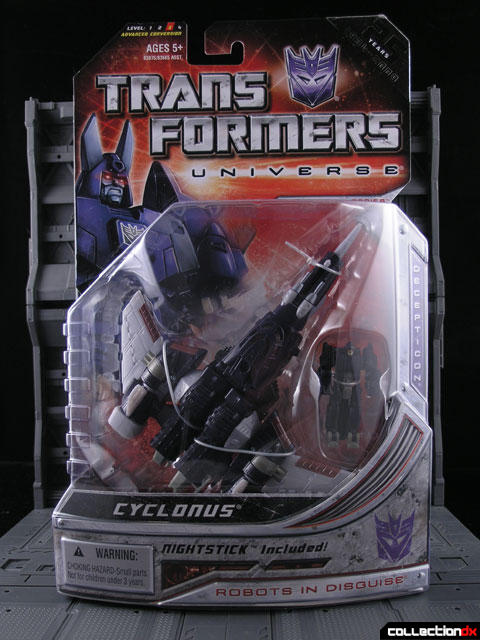 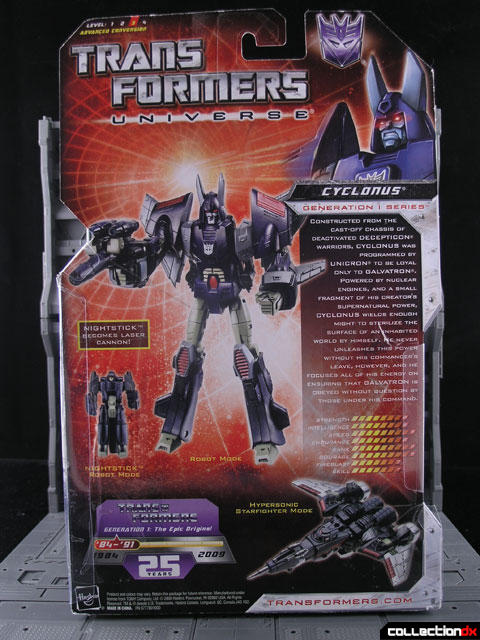 The jet is a futuristic, angular mish-mash of shapes. It's not the most elegant design in the world, and parts of it don't fit together quite right. It is almost as if it was just too ambitious of a design for the scale they made it in. 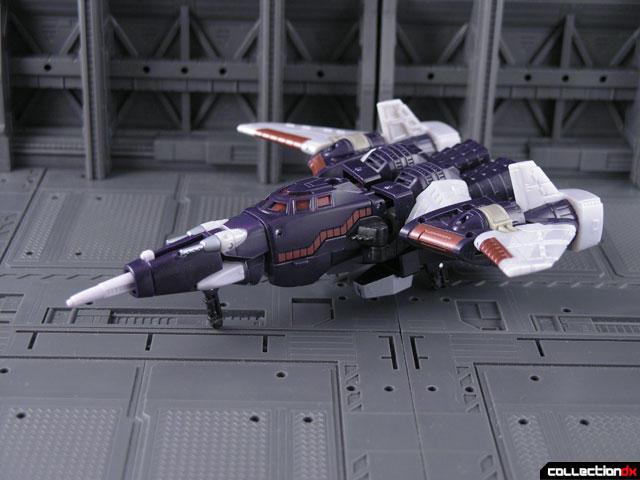 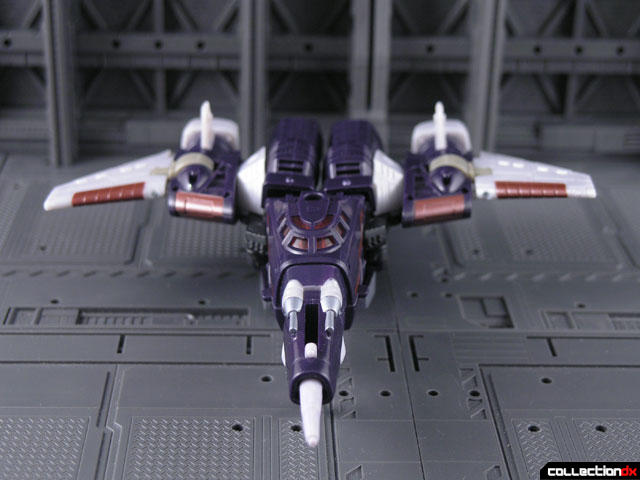 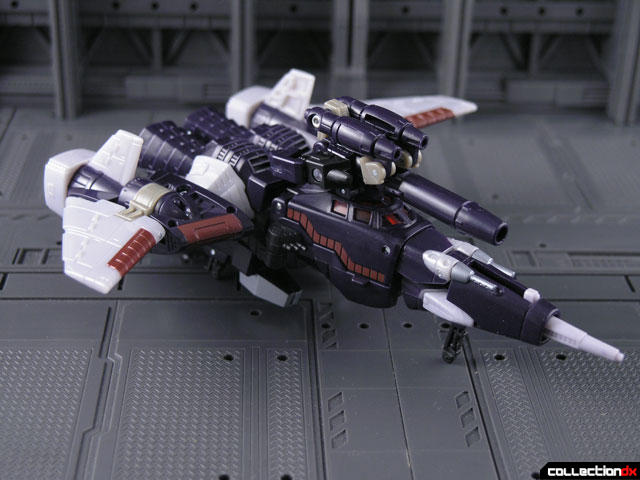 But once you transform into robot mode - all is forgiven. Cyclonus is pretty awesome. He is fearsome and menacing. He looks like he could totally kick your ass. There are some neat transformation tricks, such as the way the leg panels separate and move down the legs. 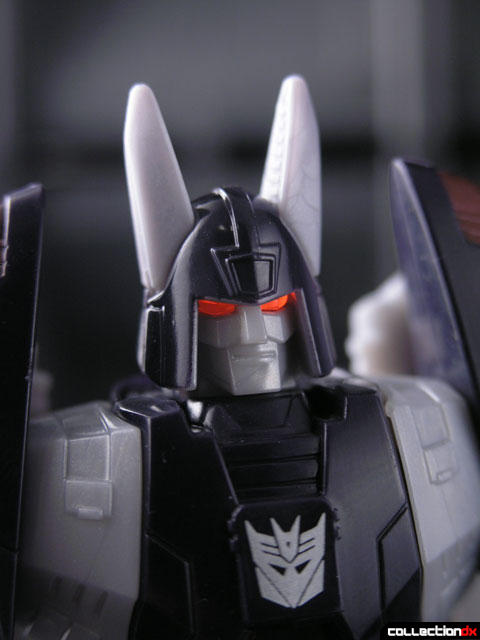 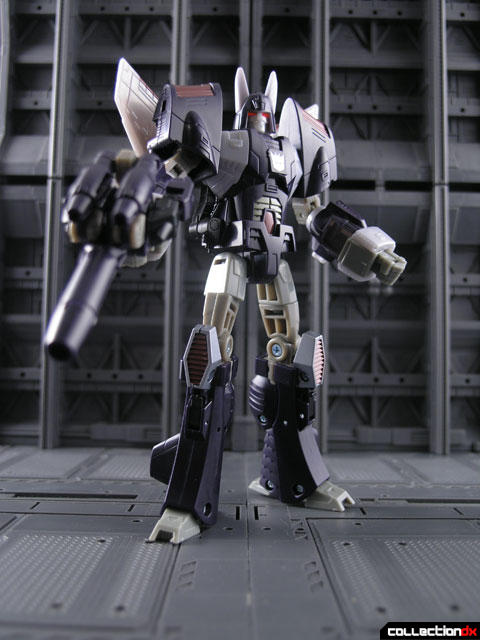 This rockin' figure has some great articulation, especially in the legs. Ball joints at the hips, then good knees, and feet are articulated. It just looks evil. 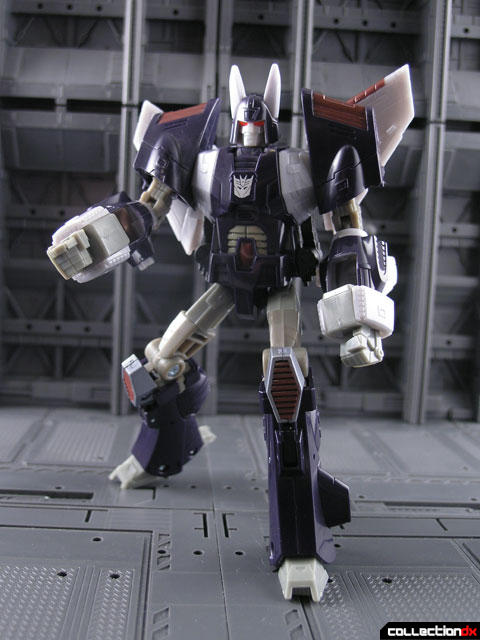 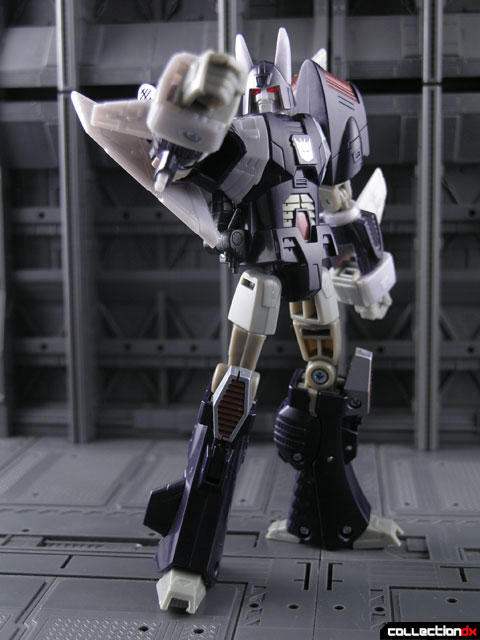 The gun that is included is actually a robot named Nightstick. The original G1 Cyclonus was also sold as a Targetmaster in the US, so the inclusion of Nightstick is a tribute to that. He on his own is a nicely detailed robot, a far cry from the old G! Targetmaster. 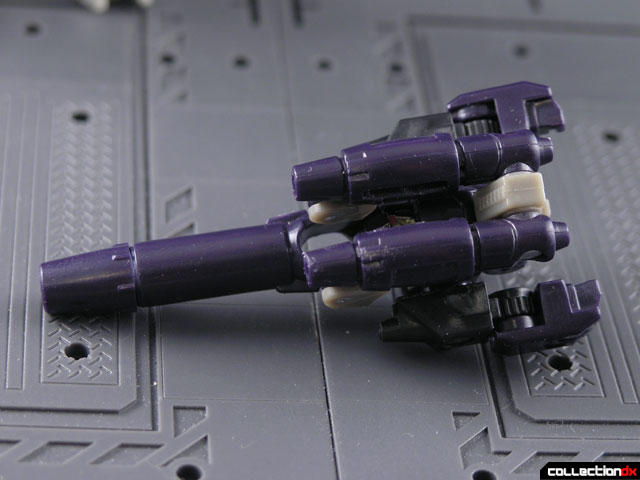 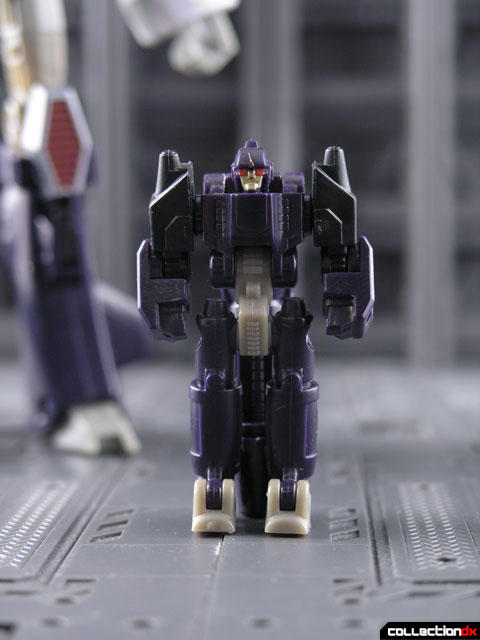 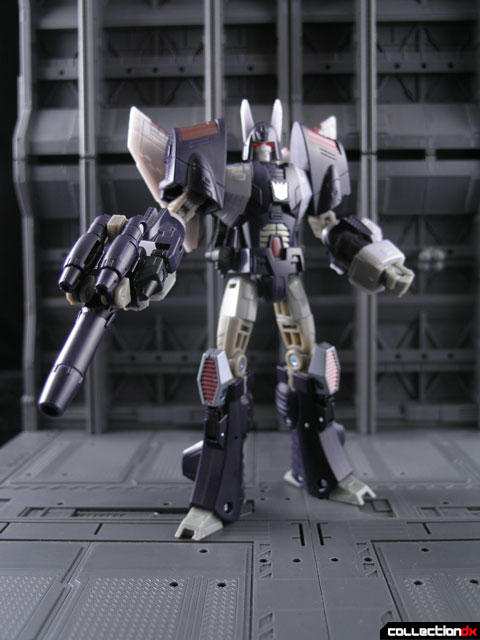 If you want a more detailed review than this, there are plenty on the Transformer sites. He's been covered enough in depth. I just wanted to show him to you. Even if you are not a hard-core TF fan, he is worth picking up.

14 comments posted
I originally passed on this

I originally passed on this because I was so pissed after Classics Galvatron.

That's a shame. This figure is exact opposite of the train wreck that was Classics Galvatron. This figure, along with Prime, is easily one of the best figures in the Classics line.

You mean G1, right? Cause now I'm thinking of a Cybertronian celebrity channel...
Shocking Prime affair with Arcee! Elita-1's take on it!

Great toy, this, even though he's a lot like Voyager Vector Prime. Nightstick and Safeguard are essentially the same toy...

As a big Transformers fan, I picked this one up the moment I saw it. I think it is easily the best Deluxe sized toy of the entire Universe line, and arguably one of the best Transformers across all lines in the past few years.

Yeah, looks pretty good to me. Even the plane mode isn't too bad to my eyes, especially for a mere $13.

One of my favorites figures in the Classics range.

I'm sorry, but how threatening can someone be when he has bunny ears?

You see him in TFTM? I was scared of him when I was a kid... You will RESPECT those bunny ears. ;)

I always thought the G1 was a great-looking toy. I still have my original one here on display. Fantastic in jet mode (sleeker than this guy) and decent in robot mode (at least from the front). I considered him one of the better toys of the original line since he looked the most like his onscreen counterpart in both modes.

The classics update is undeniably nice, but I was able to pass on this guy because I didn't think he improved things enough over the classic toy.

Is the original G1 toy diecast? (Yes, I'm too lazy to look this probably-well-known fact up on the umpteen-zillion different TF sites out there!)

If so, I could see how a vintage "upgrade" would be worth it...

The only die-cast in G1 Cycs is the swing bars for the wings and maybe the nosecone? His big chunky body totally could have been tho... He's a totally rad vintage fig, with amazing posability and a fun transformation!

One of the best Uni figs, hands down!

Yeah,remember by that point Transformers were basically plastic action figures.

I just found out they redco'd this mold as one of my childhood favorites,Strafe,but unfortunately it looks nothing like him.
http://randomtoyreviews.blogspot.com/

Picked this guy up as well. So happy with it. The face sculpt is G1 spot-on(maybe some day a decent Megatron face sculpt will appear). Got the Takara Hound Classics as well. This line has been pretty sweet. I know they'd never have done it but with a character as imposing as Cyclonus (bunny ears incl.) he should have been made at a Leader class size. Are there even any Leader TF Univ. being made? This line needs to scale up!!

Great review too! I concur on all points. ;D