Home » Re-ment » Cozying up by the Stove

Cozying up by the Stove

Another entry in Re-Ment’s Petit Sample line, the Nostalgic 80s Home is a series of 8 trading toys that form a typical living room of a Japanese family in the 1980s. Seemingly in line with the other Petit Sample sets, each of the Nostalgic 80s Home sets has a name that seems to convey a nostalgic experience This works particularly well with this specific series where even having not been alive long enough to really remember the 80s or growing up in Japan, the names and descriptions give you warm fuzzy feeling inside.

The first set in the series is “sutobu de nukunuku” which translates roughly to “cozying up by the stove.” Each set includes a little insert with cutout accessories such as magazines, posters, and newspapers and also a little story describing the scene. I can’t read Kanji so I asked a Japanese friend to translate for me.

Fighting over the stove with my Sister on a cold day. “Let’s see who’ll get the New Year’s cards next year.” Of course Dad would always get the most cards. When I grow up, will I get as many as Dad?

From this simple description, we can assume this set takes place sometime during the New Year, and the narrator has a younger Sister judging from the cut out New Year’s cards included. 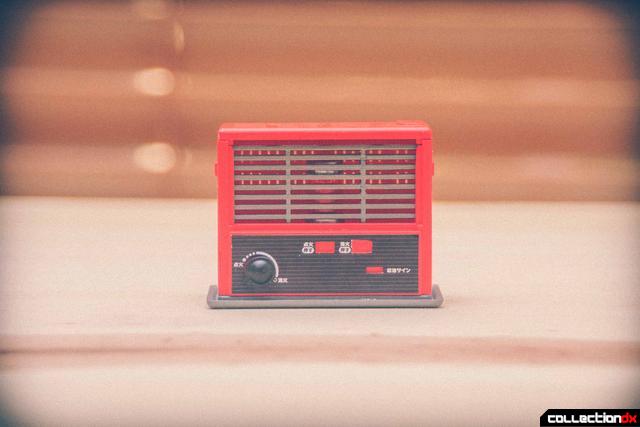 The largest and main item of the set is the “stove,” which is actually a kerosene heater. Many homes in Japan did not have central heat in the 80s so small space heaters were commonly used to keep rooms warm during the winter. Since these heaters tend to generate quite a bit of heat, they also served a secondary purpose as a small stove by placing items on top. The front of the heater is a large sticker and the dial actually turns. 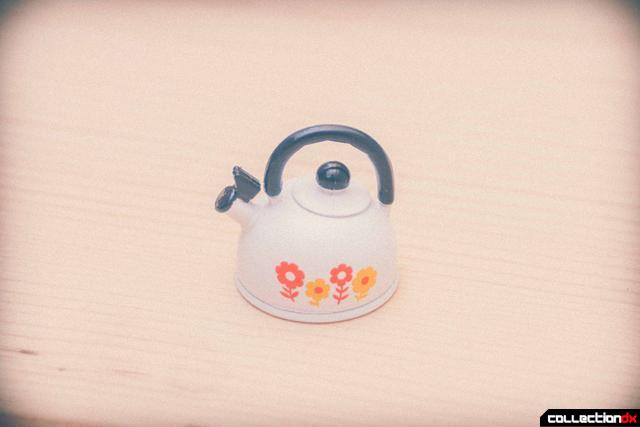 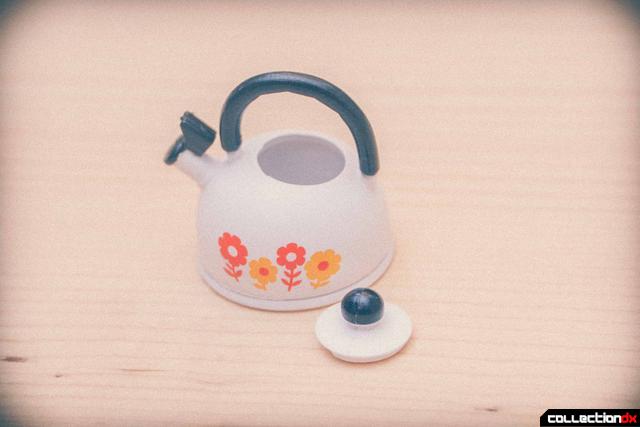 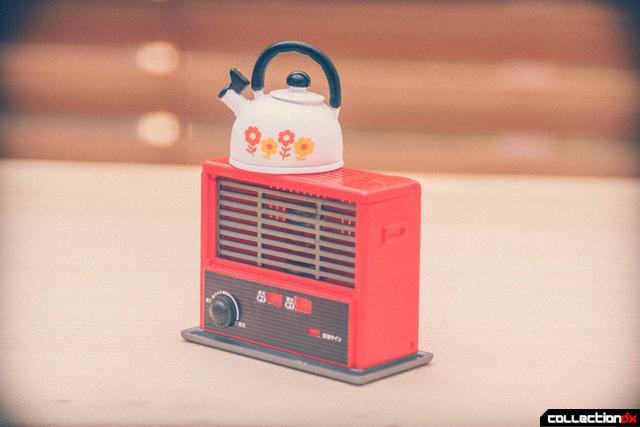 The kettle has a pretty generic 80s floral pattern and removable lid. The handle does not move however. 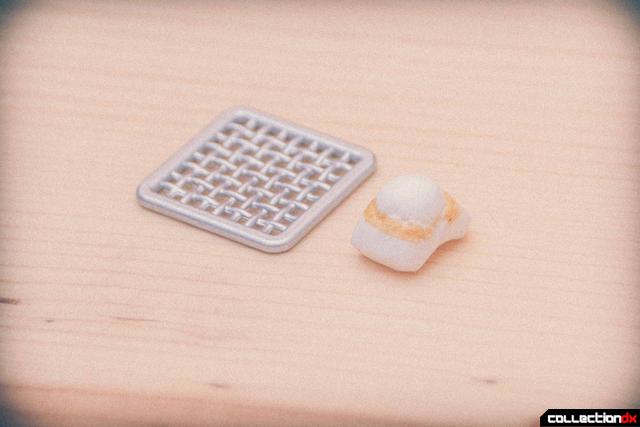 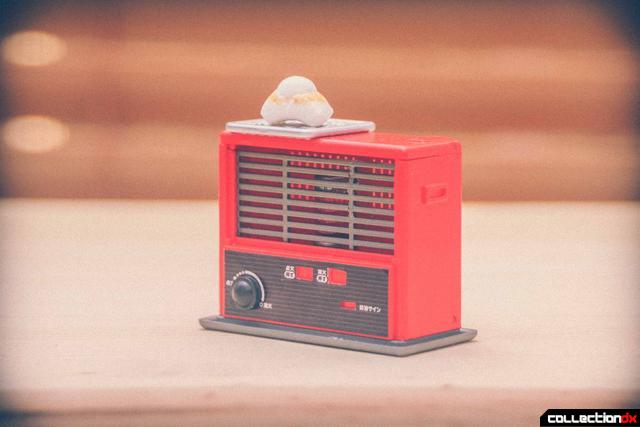 Included is a small grill top to place over the stove and an item that took me quite a while to figure out. I asked the TBDX fabebook page where someone thought it was Yudetamago bread, which it actually does look similar to. I ended up asking my Japanese friend who told me that this weird little thing is actually grilled Mochi, where Mochi is heated up until it forms a little hump and typically eaten with soy sauce. The more you know! 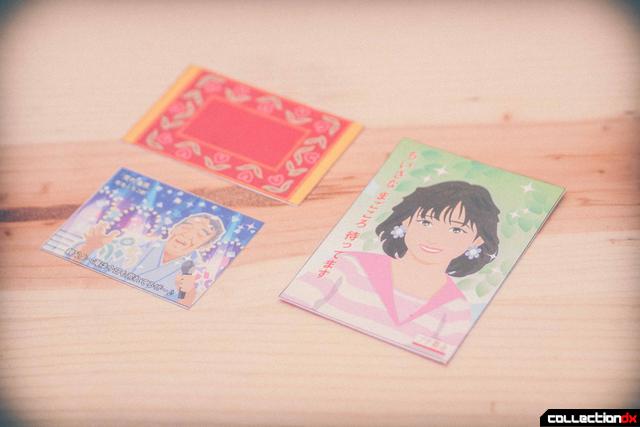 Each of set comes with quite a few cutouts and this set is no exception. Included is a small rug, poster of what I’m assuming is a generic 80s pop idol and a TV screen insert (we’ll get to that set another time) of the Kohaku Uta Gassen. If it’s anything like the Chinese New Year singing shows, it’s probably the most boring thing you will ever watch. 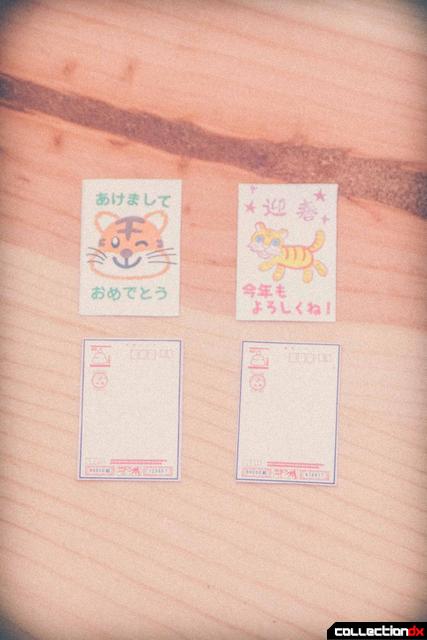 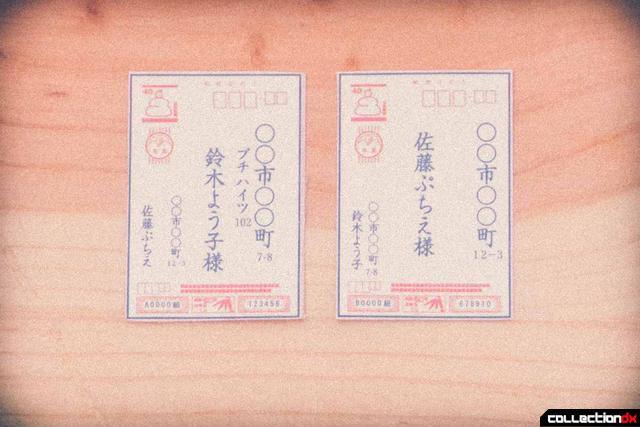 The final cutouts are four Nengajo, New Year’s greeting cards. Two are blank while the other two have pictures suggesting they were sent to the children. The children’s cards also have a greeting written on the back. 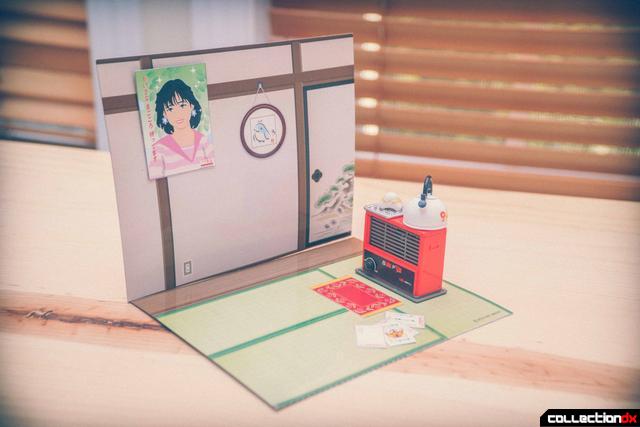 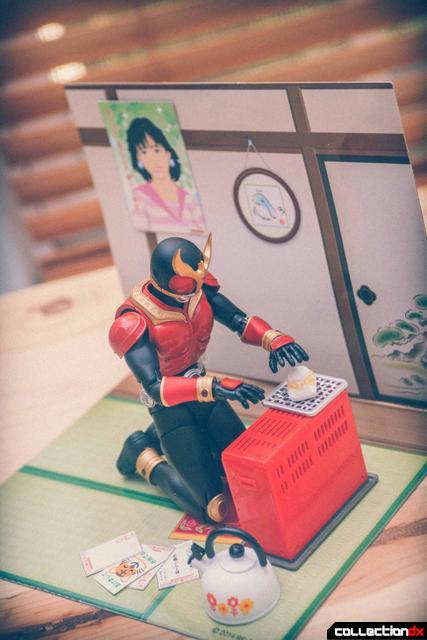 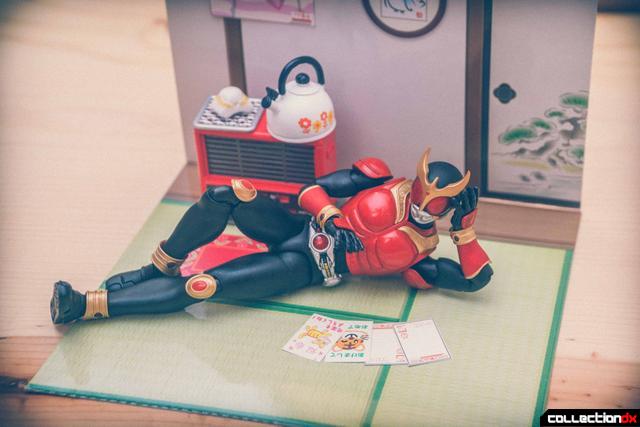 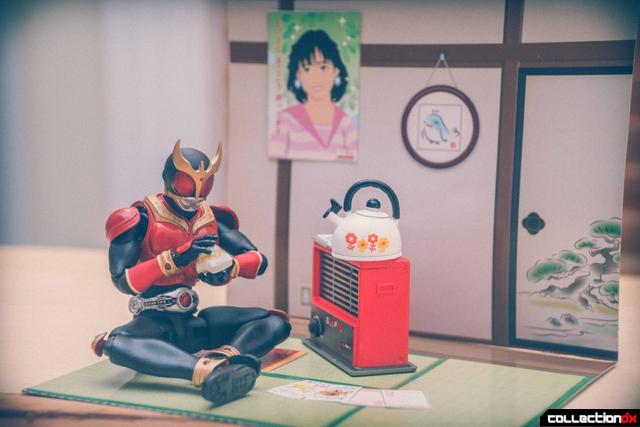 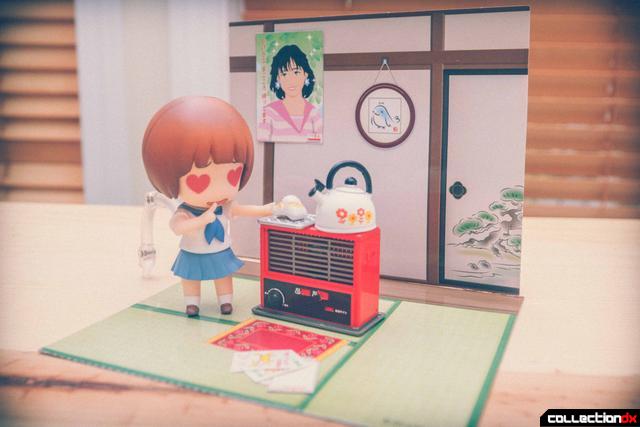 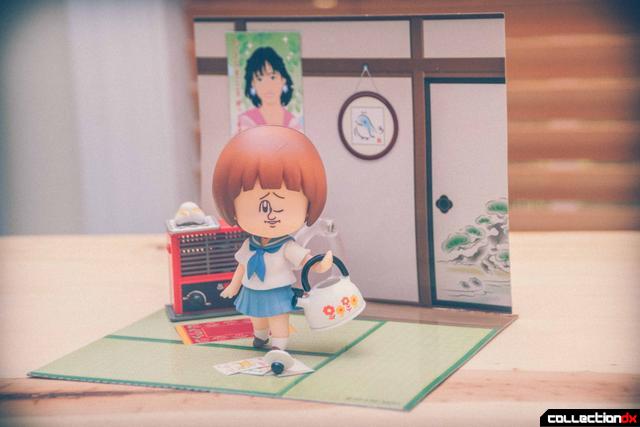 I really like the Nostalgic 80s Home series and bought the set with the intention to build a Japanese room diorama. If you are looking to add some accessories to your figures, I would whole heartedly suggest getting this set. I wouldn’t buy any of these individually as they really are meant to go together to really get the full effect. This is some next level nostalgia baiting from Re-Ment it really works.

One last thing. I was going for a faded 80s photograph look with these pictures. If you don’t like them, let me know and I’ll stop with the others.

I hadn't realized how well these work with 1:12 figures, they look really good.

This looks neat. I'm always fascinated by the Japan of the 80's so it's nice to see stuff like this.

Maybe just edit that one to "really".

Whoops, I must have let the false sense of nostalgia take over and let that one slip. Fixed!

Paper walls, straw matts, a kerosene fueled space heater being used for cooking. The 80's nostalgic Fire Marshall in me is horrified just looking at that play set. Who needs Godzilla to burn down the city.