Having recently re-watched Gurren Lagann with my 10 year old, I decided it was time to revisit one of the remaining toys to be reviewed on CDX from the series. I give you Revoltech Arch Gurren Lagann. 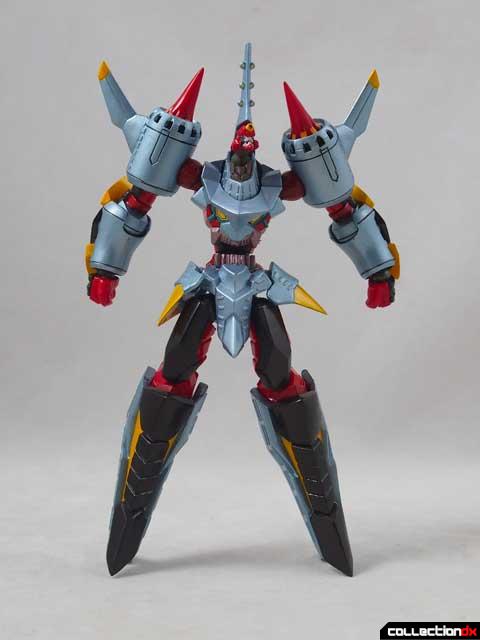 The Revoltech is the same size as all the other Revoltech releases, which doesn't help. It seems almost spindly compared to the regular Gurren Lagann. 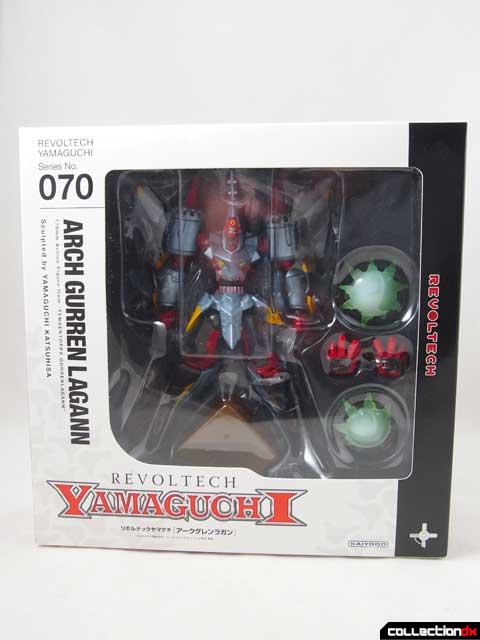 Despite coming in the standard size Revoltech box, the toy is very light on gimmicks and accessories. The only things included are 2 extra hands, 2 effect parts, a stand with extensions. 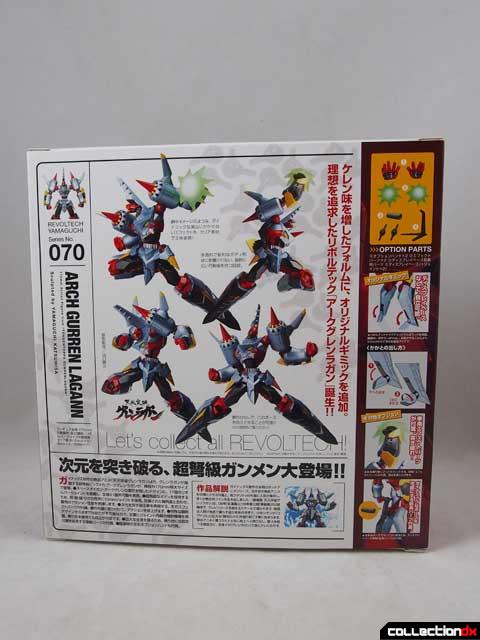 Overall the figure is pretty standard Revoltech fare. The Revoltech joint system is abundant and makes every joint significantly clicky. What you sacrifice in precision you make up for in articulation. 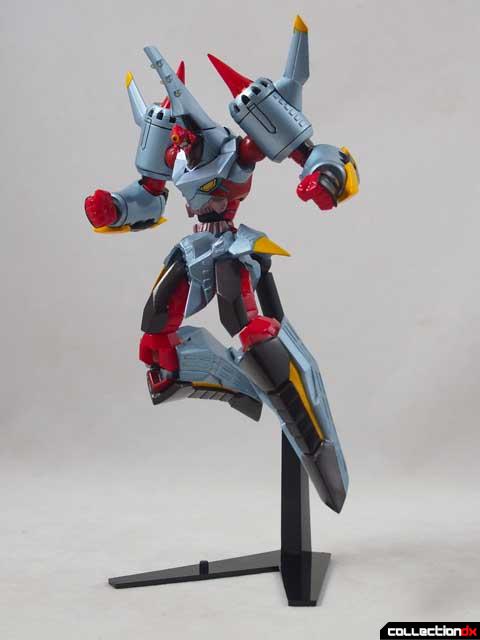 Arch Gurren Lagann is one of those pointy-feet figures that seem to be all the rage in Japan these days. Everyone wants their characters to float just off the ground. While this looks cool, it poses a number of challenges to toy designers about how to represent this in toy form. 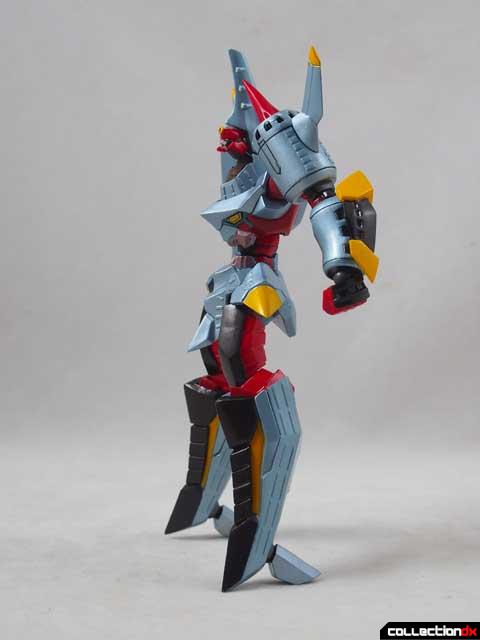 Yamaguchi's way is to create small, foldable stands embedded into the back of the legs, hinged with small Revoltech joints. While maybe not anime-accurate, it enables the figure to stand without a stand. 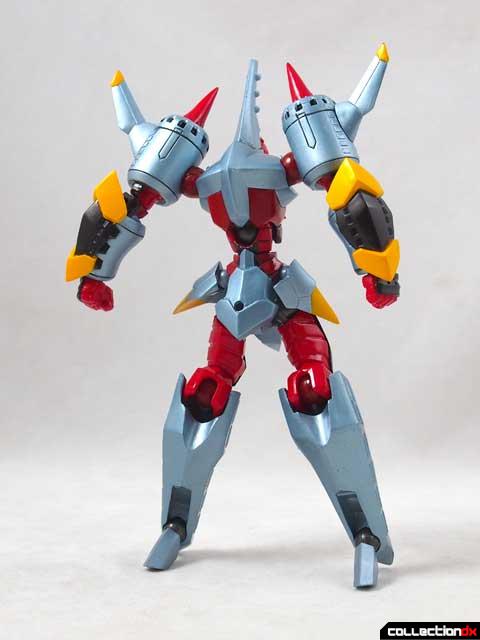 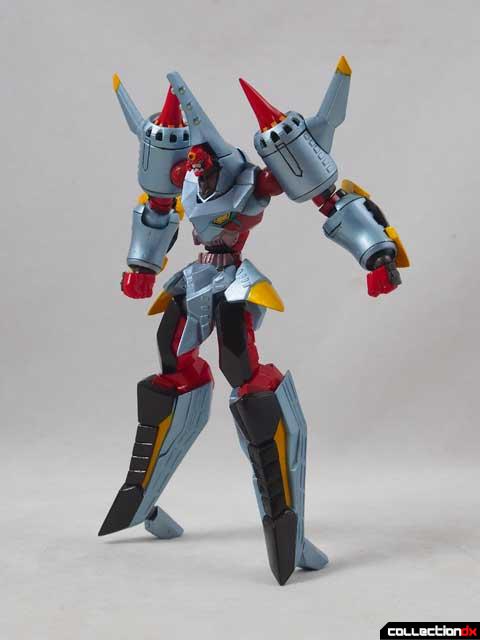 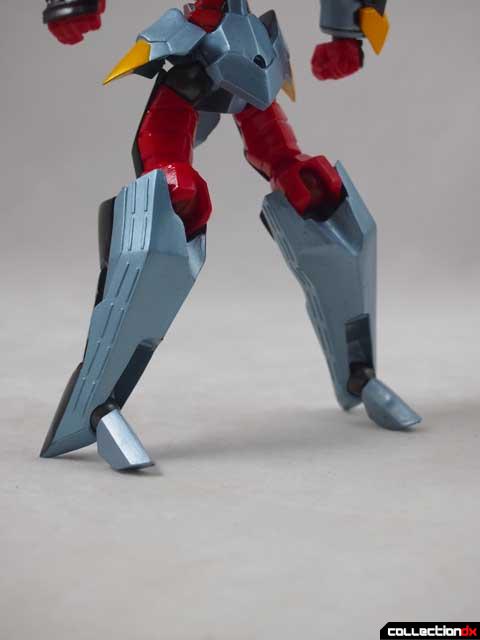 With the stand though, Arch Gurren Lagann really shines. The large shoulders resemble aircraft turbines that would hold it aloft. If anything, I wish the stand was clear as it would add to the appearance of floating in air. 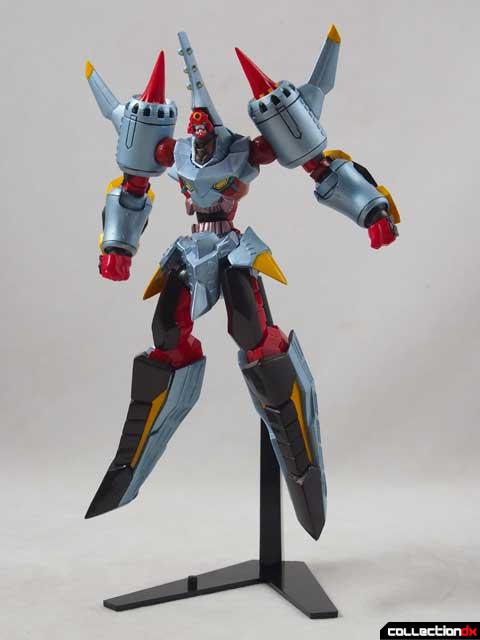 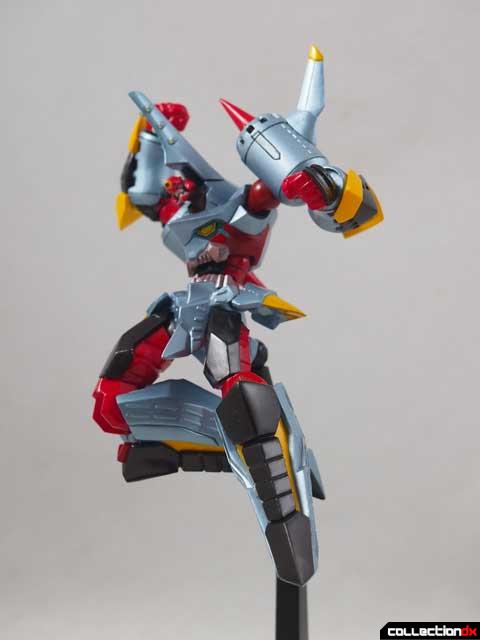 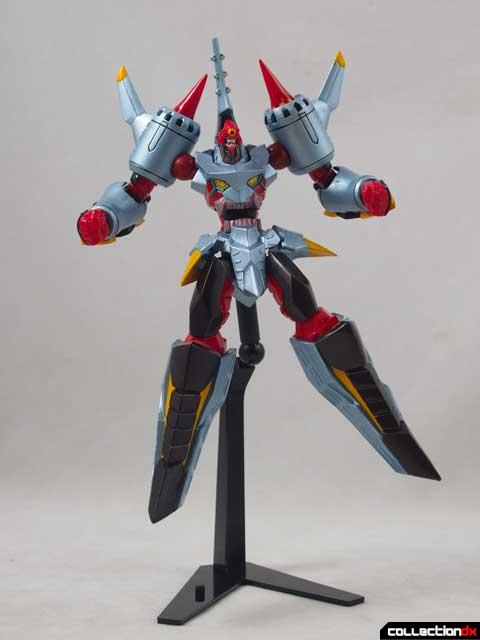 Effect parts are included that attach to the hands to simulate an energy punch. They are small and underwhelming. 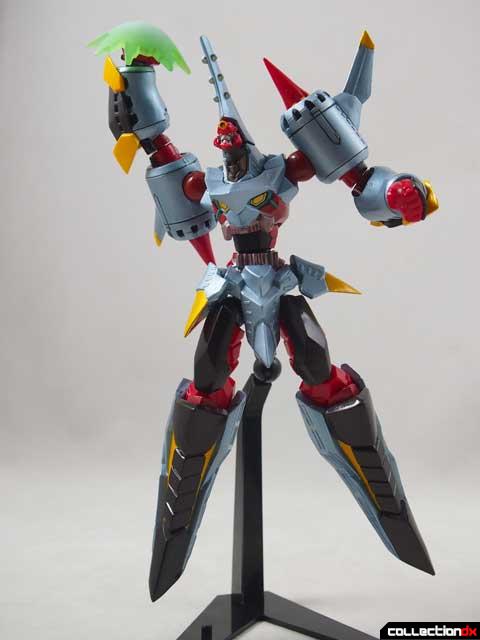 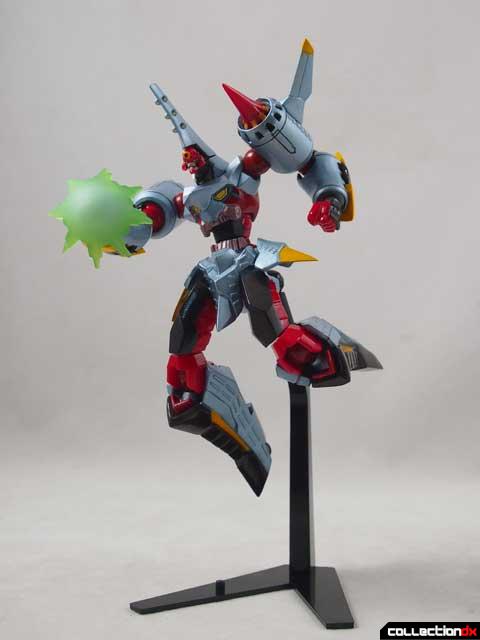 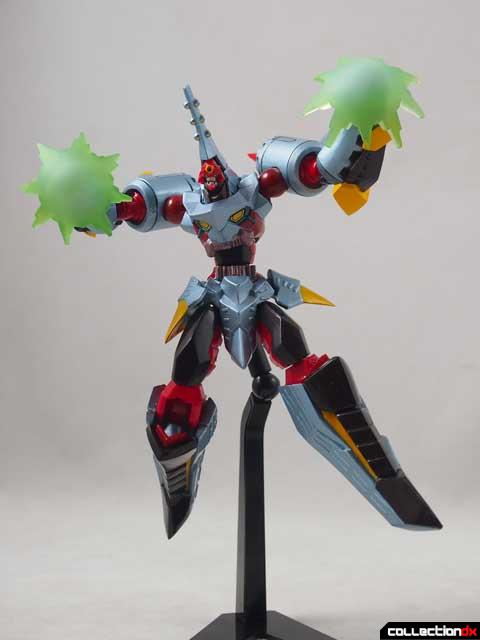 You can attach the variant hands to show... VARIANT HAND ATTACK! 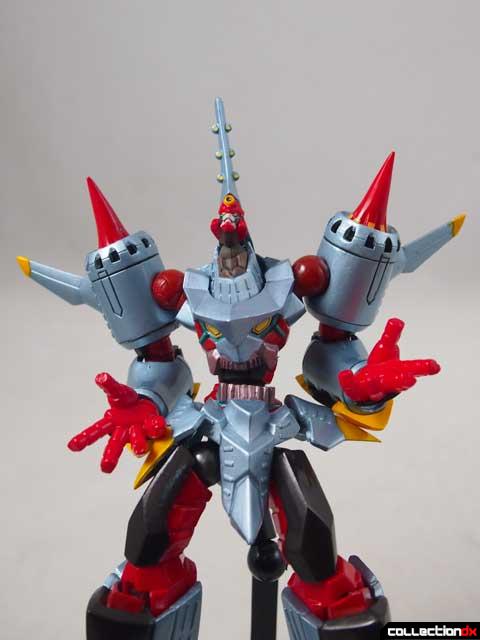 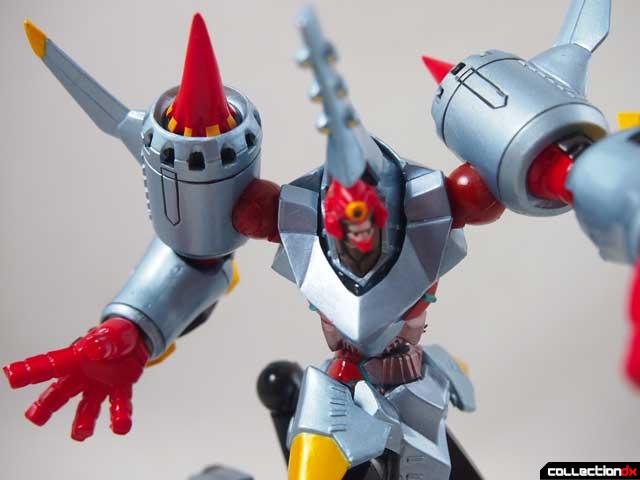 Aaaaaannnd... that's about it. If you are a super-fan of Gurren Lagann, and you want to have all the different forms represented in your collection, Arch Gurren Lagann is the only way to go. But otherwise, he's an average Revoltech with few accessories. 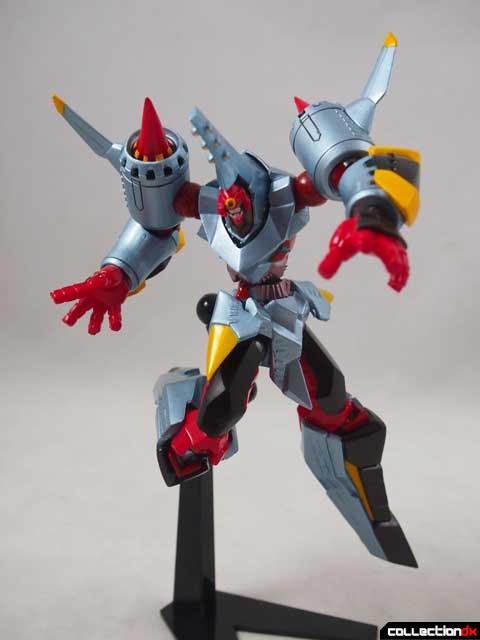 2 comments posted
It's a space ship- what's it

It's a space ship- what's it gonna stand on?

Watching Gurren Lagann with your 10 year old? You must be one cool dad!