in the 1994 anime Macross Plus, two rival test pilots face off in two different valkyries, not only to see who's fighter is better, but to see who gets the girl... 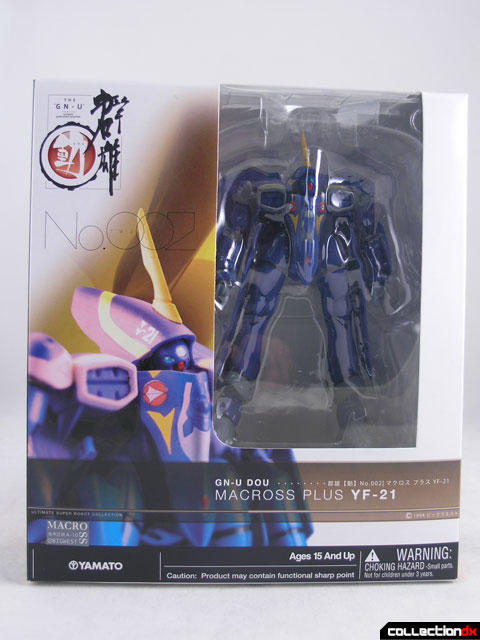 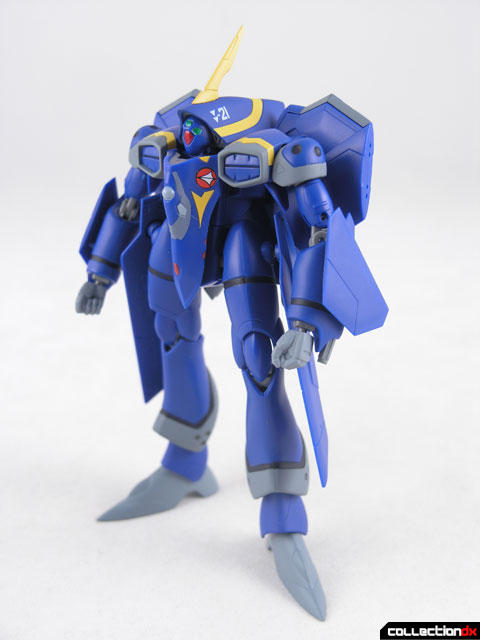 The YF-21 looks nothing like any valkyrie that has come before it. It has a definite Zentradi influence to it, looking more like a Q-Rau than a Valkyrie. I'm sure this is no coincidence - it's pilot is half Zentradi. And the difference between the two is more than appearances - the YF-21 is controlled by the MIND of the pilot as opposed to traditional controls. 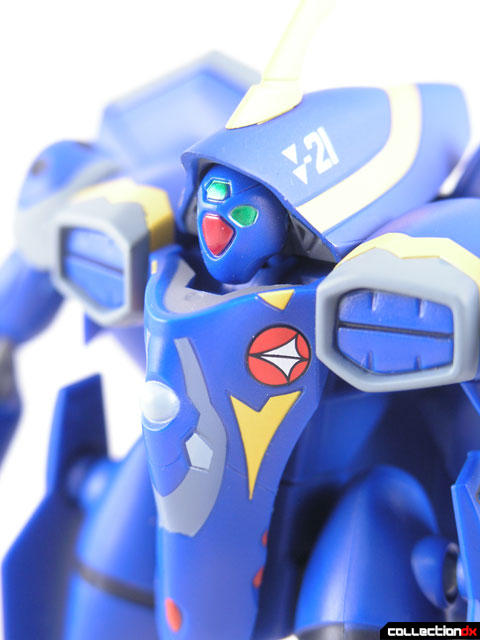 The toy shares similar construction and quality as the YF-19. The toy is made of sturdy ABS and POM parts, and has a wide range of movement. Seriously. It's the most poseable YF-21 made to date. 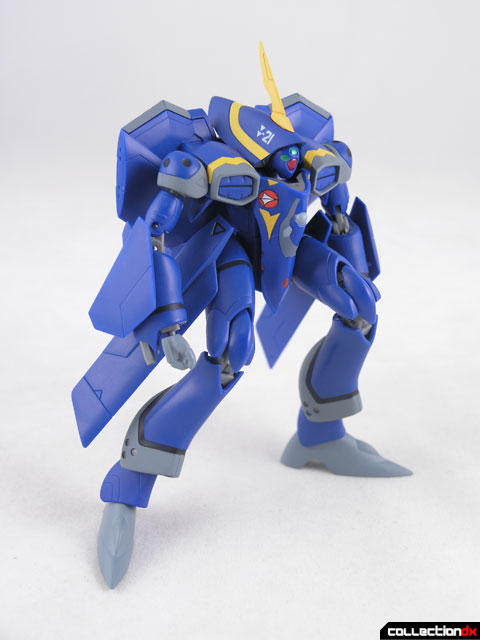 The head has a great range of articulation, considering the limitations of the design. To move it you have to pull it back a bit and tilt the front down, and then you will find you can move it around. 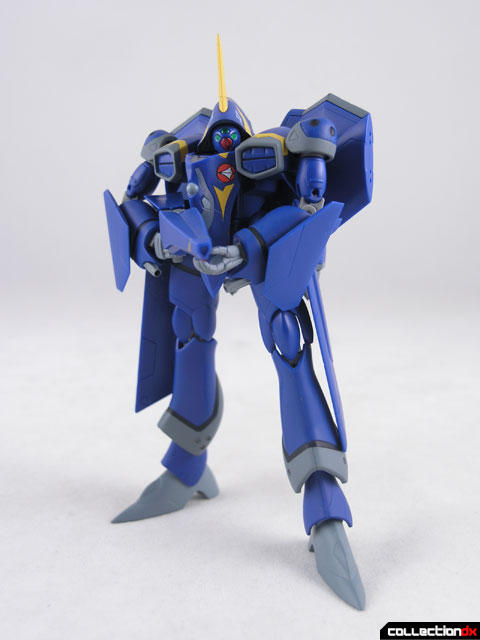 Also, like the YF-19, there isn't much in the way of accessories. You get 3 variant hands and a gun. No stand, no fastpacks. Still, this figure looks great and it's actually kind of refreshing to not have to keep track of all those parts. 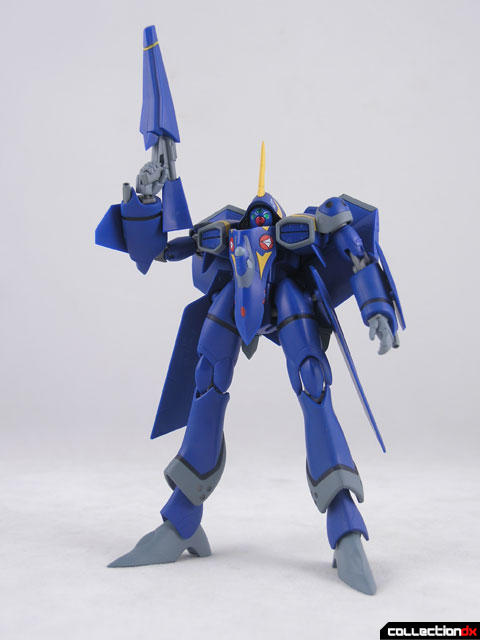 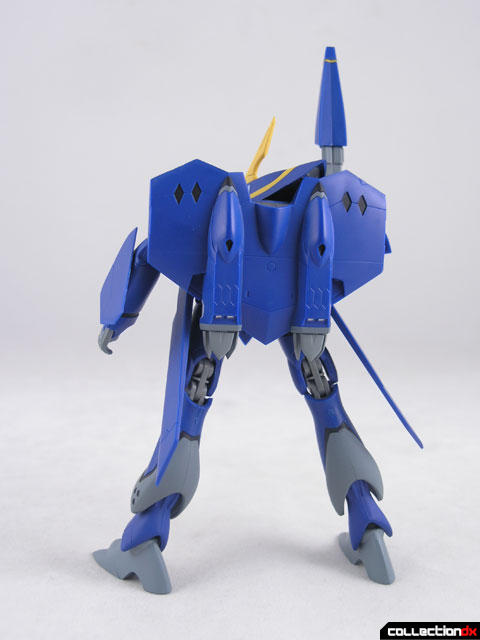 Detail, paint and finish are all excellent. Even the small flaps on the rear engines are separate pieces. Yamato manages to pull off a great figure with no screw holes by making the whole figure essentially Lock together like a puzzle. You can remove the back section to separate the shoulders, which then release the fuselage and so on. Still, the figure holds together well. 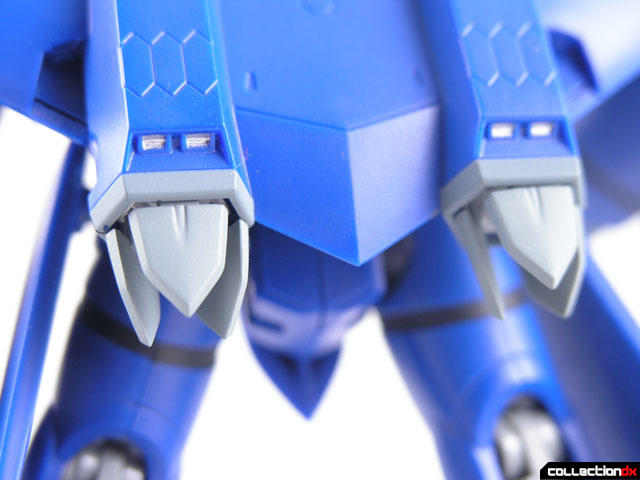 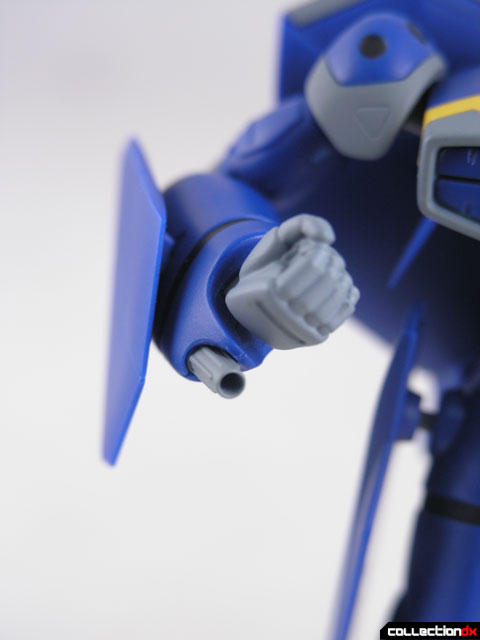 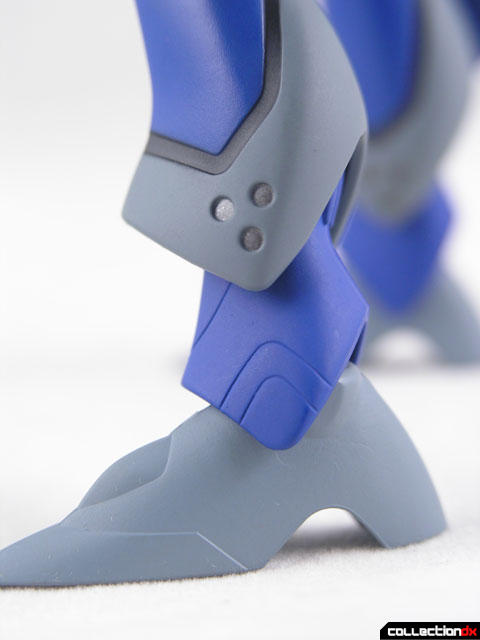 The is my second GNU-DOU and so far they are on a roll. 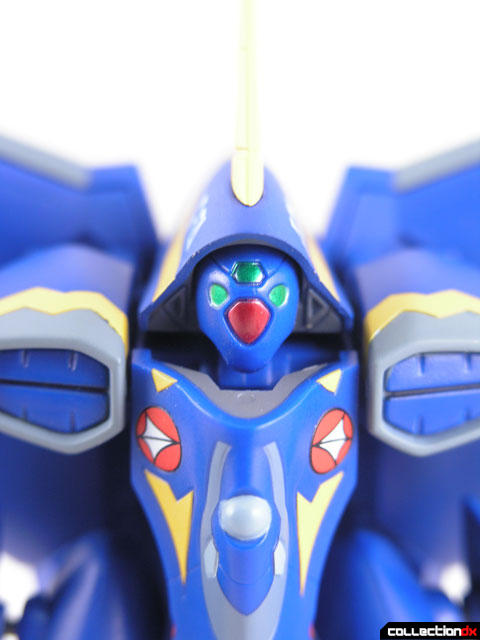 5 comments posted
I love Macross Plus. "OH I

I love Macross Plus.
"OH I WAS THE DICK ALL THESE YEARS"
2 FAST 2 FURIOUS!

Oh, wow. I wish I had that picture.

If I come across it again I'll post it up.

Wow. My first thought one seeing that was "Is that a Valk or an Aura Battler?"

The YF-19 and YF-21 are the beginning of the decline of the extended Valkyrie family in my mind. Only the VF-11 and VF-2SS (and their associated SAP armored forms) were any good. Beyond that, there's too many sharp or unexplained angles, the different modes look weird, and accessories tend to be really weird. They're just not as cohesive as the originals.
Now, that's not to say I am not open to future interpretations beyond what was seen in the original series, just that none of what have come out appeal to me in the same way.

(It's the same deal with Starscream from the various Transformers series- none of the toys was appealing enough for me to want to get one until his "Transformers Animated" incarnation appeared... which I am now actively hunting for/awaiting to appear with great interest!)
------------------------------
CollectionDX Staff