I got this bootleg on the same shopping trip that yeilded the Spider Man Adventure hero. However, while the Spider Man was out in the open on a street corner, this one was harder to find.

Bored and looking to score (a bootleg), I wandered in and out of shops in chinatown. Some stores had toys hanging from pegs outside, others just had festive paper lanterns dangling from fading awnings. In between a fish market and a bag shop, a small shop caught my eye. Did I just see what I thought I saw?

Dan and I went in and my bootleg sense was tingling. I was led around by a strange force until we saw them hanging on pegs.

I wanted one, and Dan wanted one, so we began haggling with the old Chinese lady working there. $25 each she said.... too much. How about if we bought both? Anything?

I think we knocked a few bucks off the total but it took a while - she drove a hard bargain. Were these worth $25 each? Hell, the discovery alone was worth it.

Dan tore his open back at the hotel, but I must resist. I must open mine in a controlled environment, somewhere where I can document it in all of its bootleg craziness.

So I waited. And waited. Eight months later I finally get the chance to open it.

The verdict? It's terrible. But in a wonderful kind of way.

If the idea of a bootleg is to make a cheap knock off of the original item, why make the cards so damn big? This card is easily 20 inches tall, twice the size of the figure? Cut that in half and bootleggers can save a ton of trees. 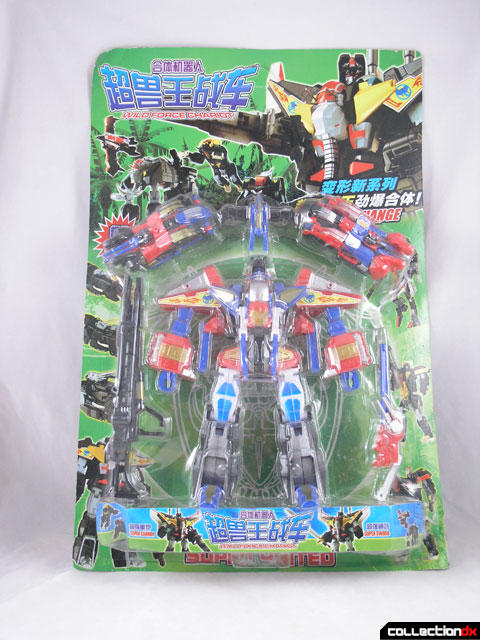 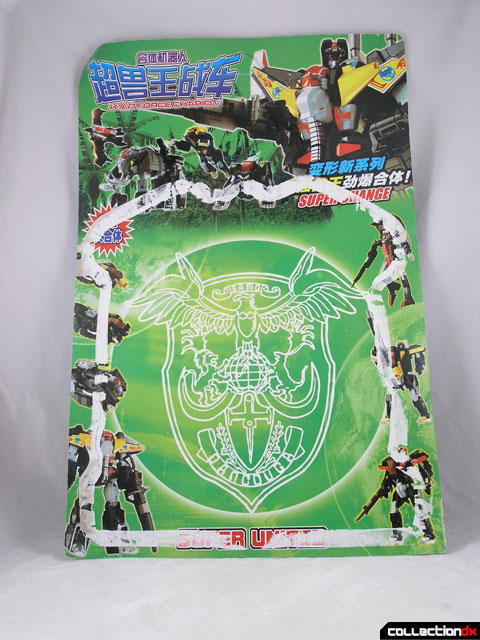 The back of the card features the barely discernible instructions. The warnings are all in Chinese, but a sticker has been placed over a block that has an age warning in Spanish. 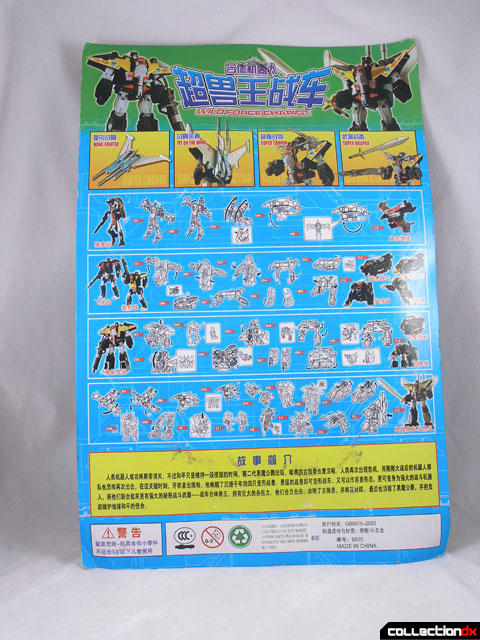 Out of the package the toy is already in humanoid mode without the feet animals attached. The toy has been radically simplified, but the transformation is essentially the same. The Big Moth can be transformed into all of his versions - humanoid, tank and animal. 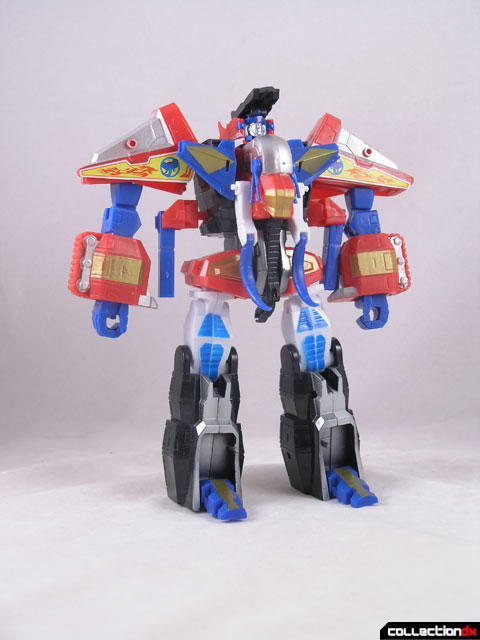 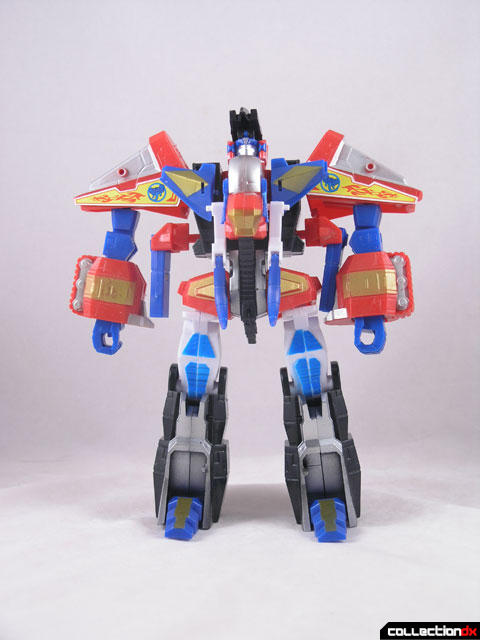 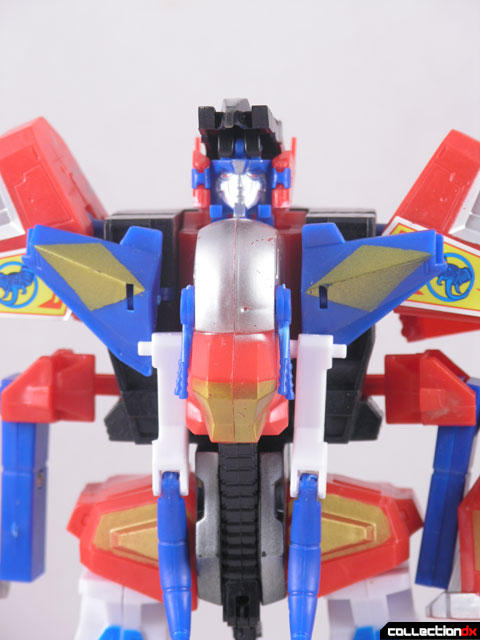 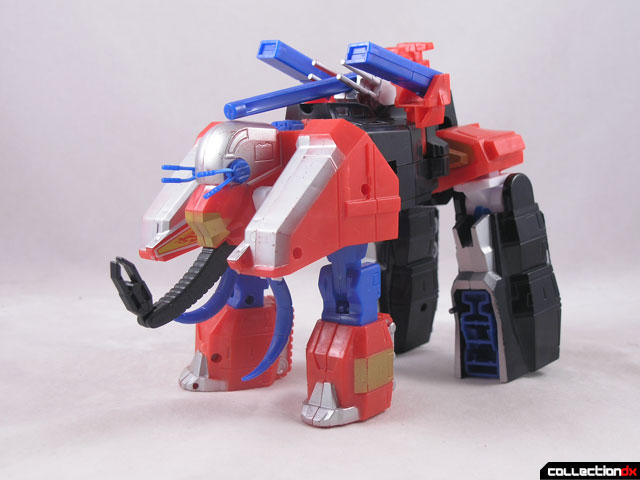 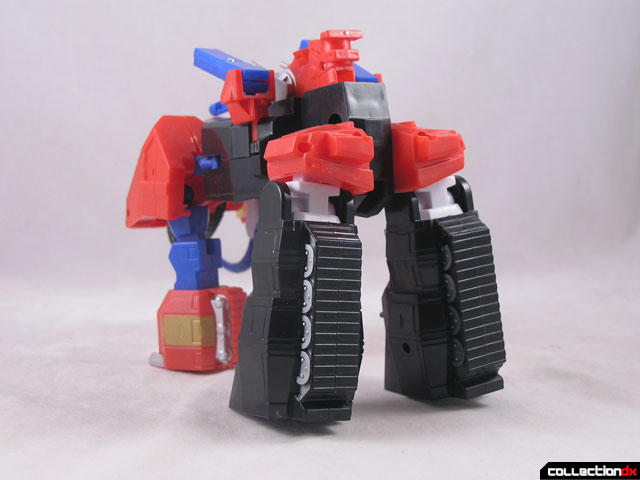 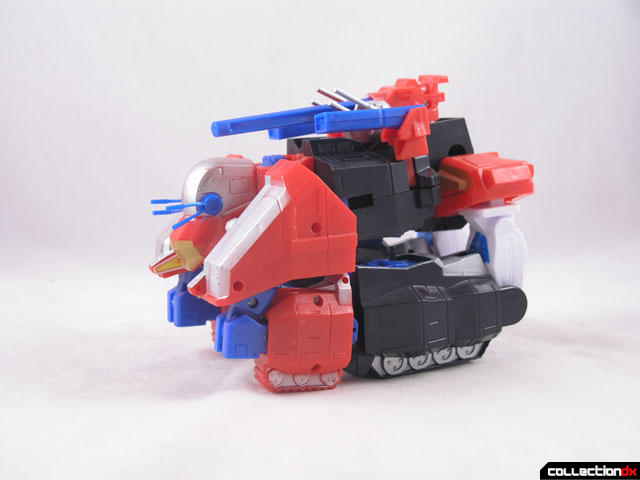 The two tiger robots are here, and those too are simplified with some awesome decals. Both can also transform from humanoid to vehicle to animal, as well as becoming the feet for Dancougar. 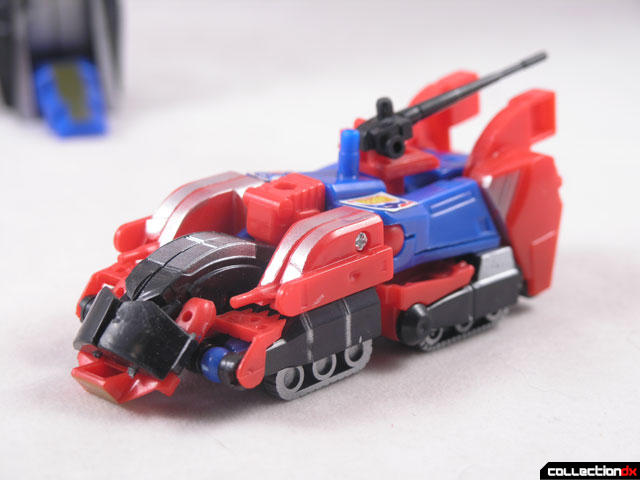 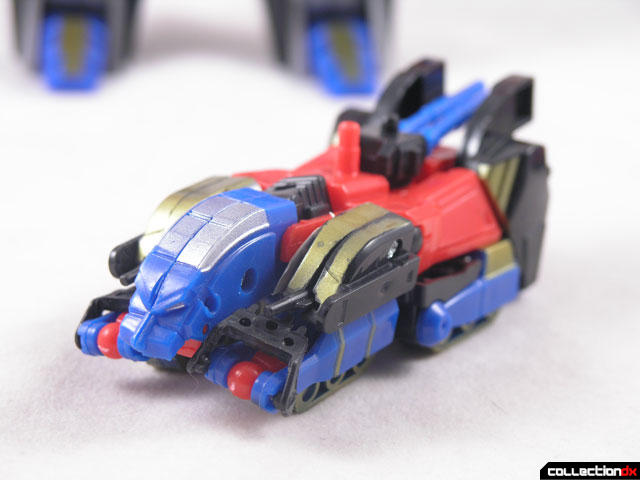 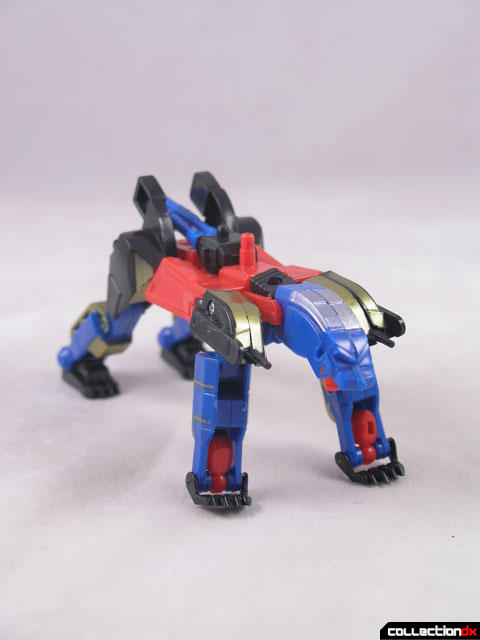 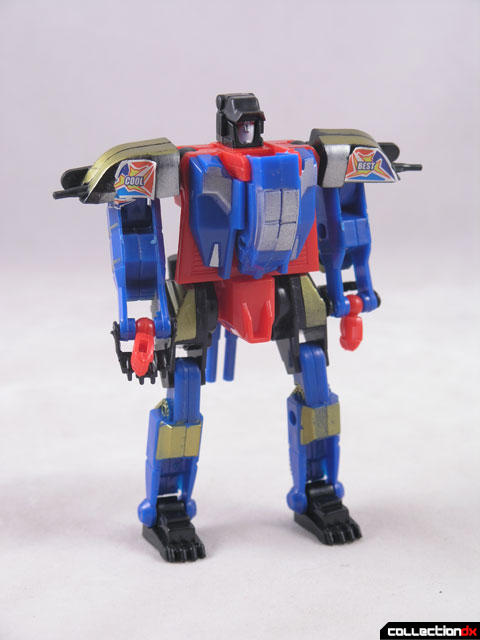 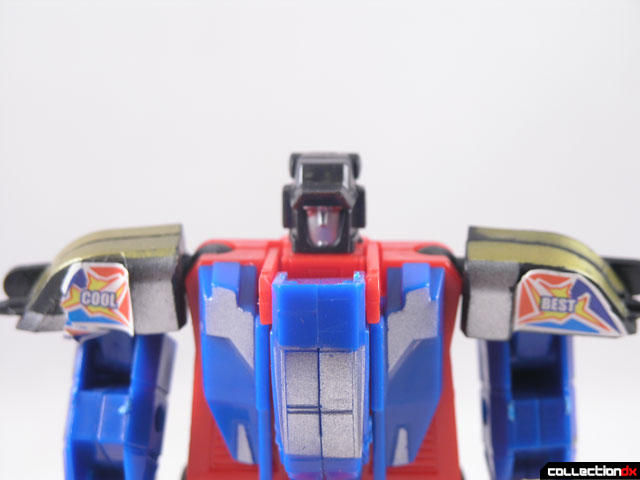 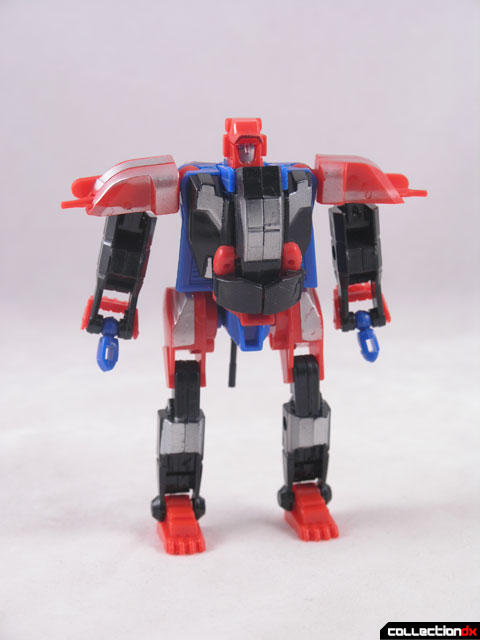 The Eagle fighter, in this case, is totally different. Here it is just a hollow shell, only able to form Dancouga's head, and a crappy bird mode. Oddly, two Eagle Fighters are included with the bootleg. 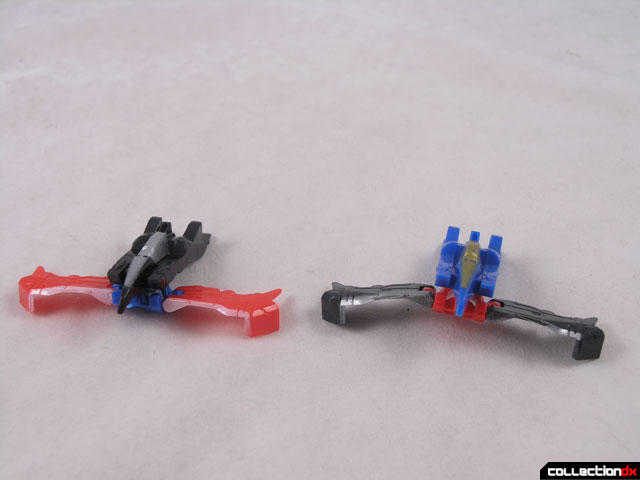 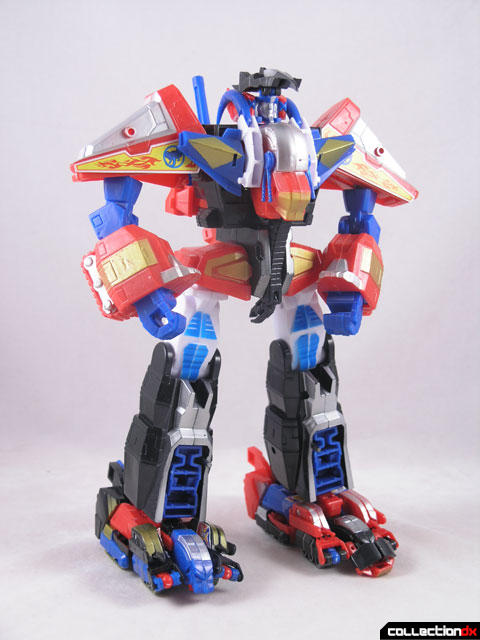 All the parts combine alright, but the final form is sloppy and unrefined - in other words - typical bootleg quality. The plastic feels like brittle styrene, and the paint applications are messy. 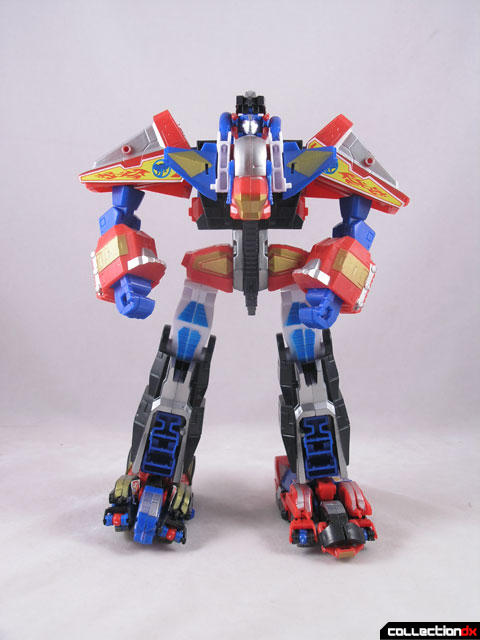 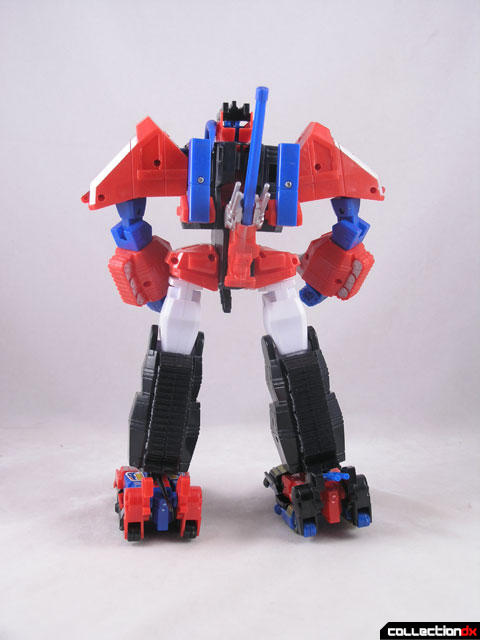 The only included weapon is a gun, and parts of the gun aren't included. Also omitted is the giant wing that attaches to the back. 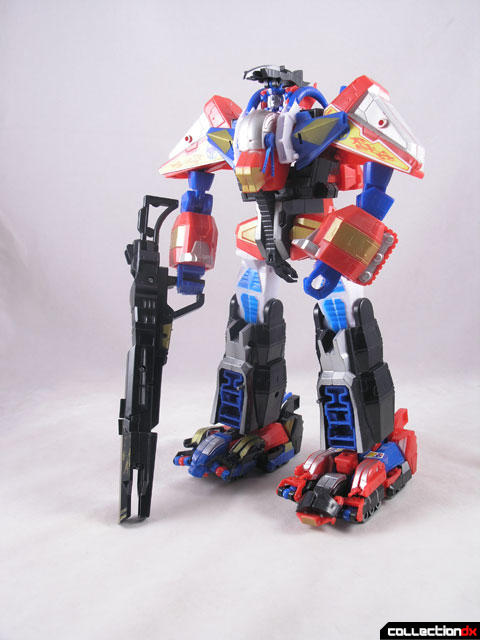 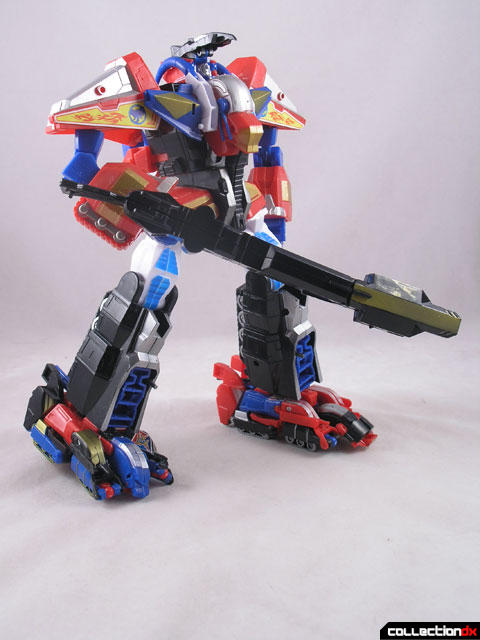 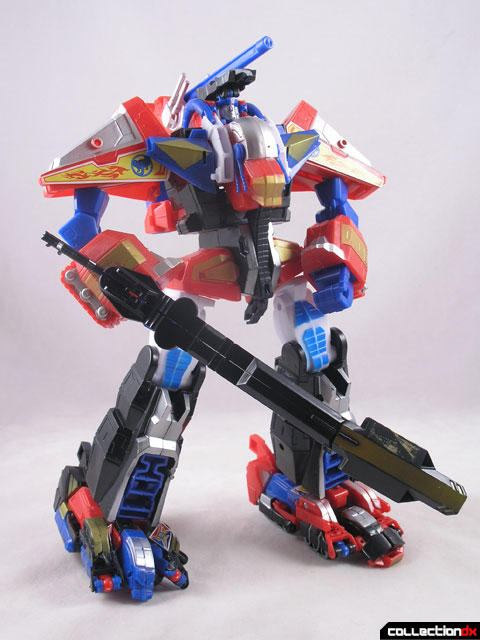 So yeah, it's a pretty horrible toy. But someone had to cover it, to document it, and we are those people.

7 comments posted
This toy is awesome. I love

This toy is awesome. I love the cheek of bootlegging an SOC, and one of the more ambitious ones!

I admire the bootleggers for having the daring to KO a toy with such an elaborate combination. Not only that, they succeeded to make a toy that lives up to it's bootlegged brothers.

I love how the Land Cougar bot has stickers that say "Cool" and "Best" on its shoulders. Awesome

Since they simplified this toy, it seems Josh didn't have the frustrating urge to throw this on the floor like the original, lol.

I'll have to see what I can scare up next time in NYC's Chinatown.
I'm assuming this was found during NY ToyFair week?

Great find! It's amazing how many SOCs are getting knocked off now. For awhile, there were just those Getter Robo sets, then the Mazinger Z, Boss and uh, I think it was Dianan A. Now this and I think I saw a Combattler one not long ago too.