*EDITORS NOTE - This is the same review I did for the Stick Type. If you've read that, there's nothing different here.*

The VR-052T MOSPEADA Ride Armor hails from the anime series Genesis Climber Mospeada, better known as Robotech: The Next Generation here in the states. In Mospeada, the VR-052T ride armor is used by Ley. In Robotech he was renamed Rand and the Ride Armor was renamed the Cyclone. 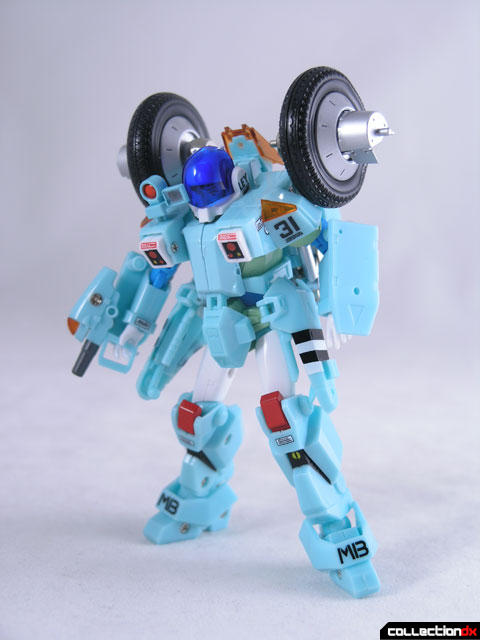 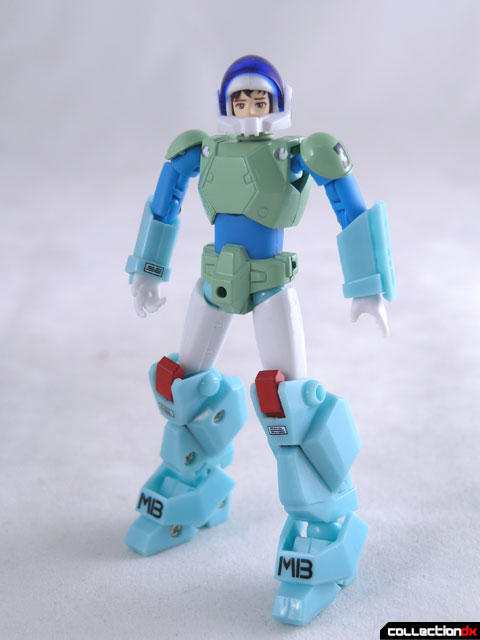 The Ley figure is about the size of a Microman or GI Joe figure. This figure is actually really nicely done, with great articulation and paint detail. The translucent visor flips up and down, the arms are double jointed and pretty much everything moves where it should. The feet have the pull down action to accommodate the ride armor and they pop out just like the old Gakken toy did. 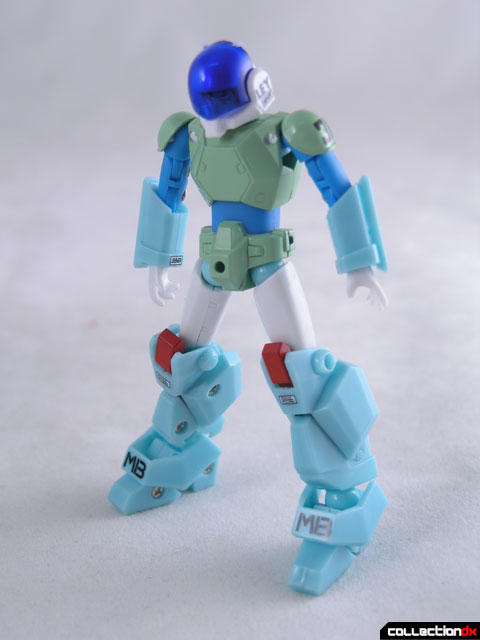 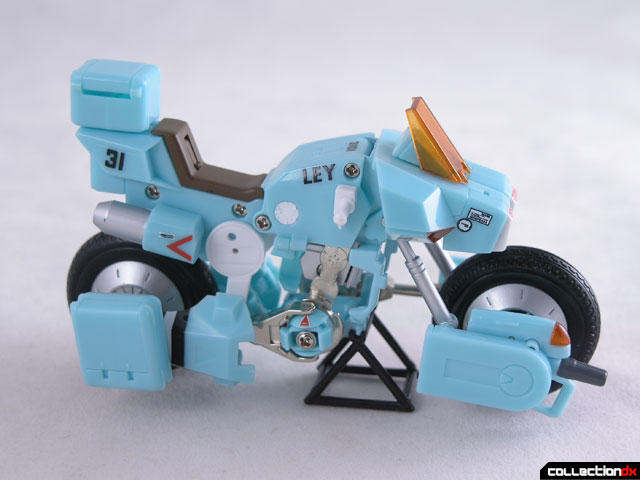 The panels on either side of the front wheel are really awkward. Lets see if I can explain this in a way that makes sense. The struts that come from under the front of the bike are supposed to clip onto the pegs on the inside of the plates. This peg is removable, so each time you try to clip it in, it pops out. The front of the panel is supposed to attach to a peg on the wheel, but the hole isn’t deep enough for it to really grip. The rear wheel armor has a similar problem. 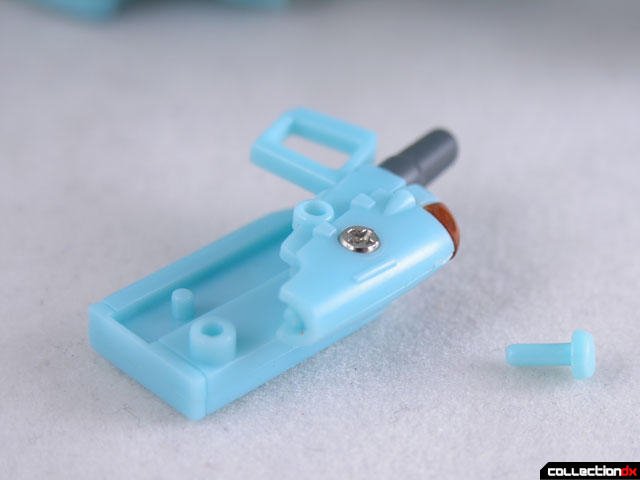 In theory, Lei should be able to ride on the bike, but it takes an extraordinary amount of patience. This is the worst part of the entire toy. The interface between the bike and the rider is just terrible. 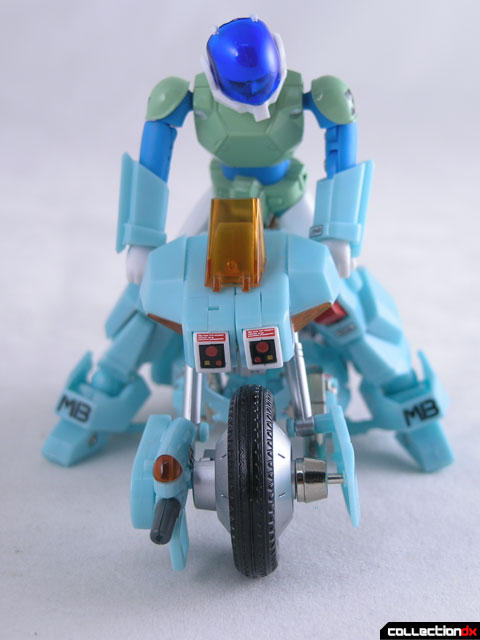 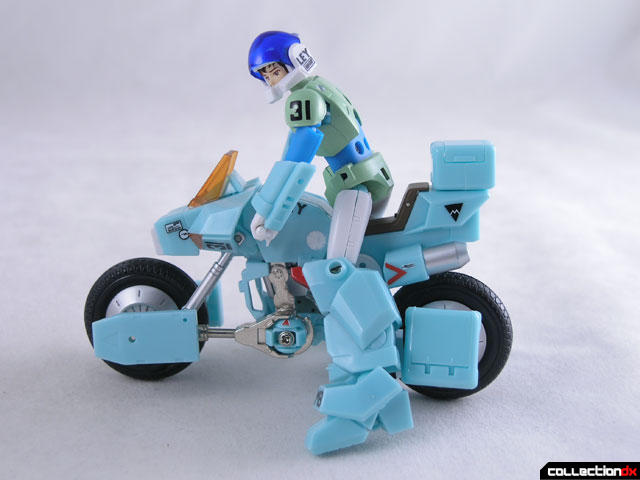 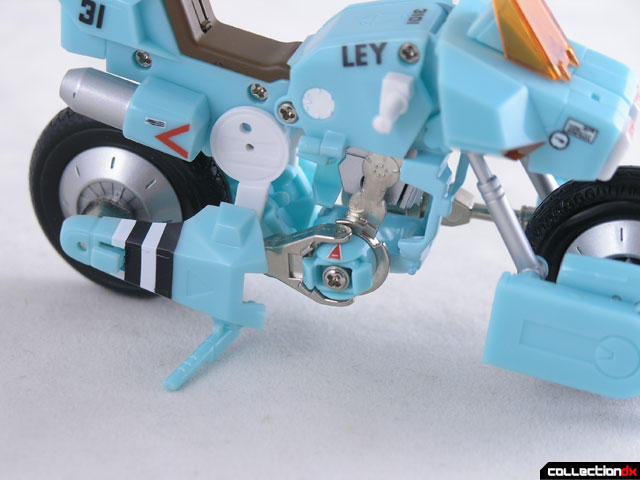 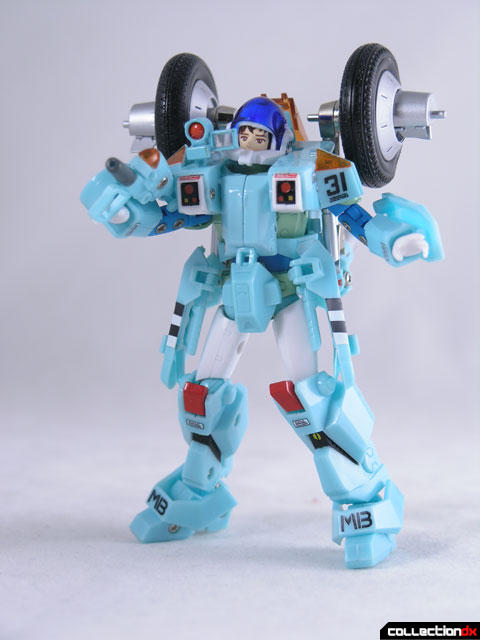 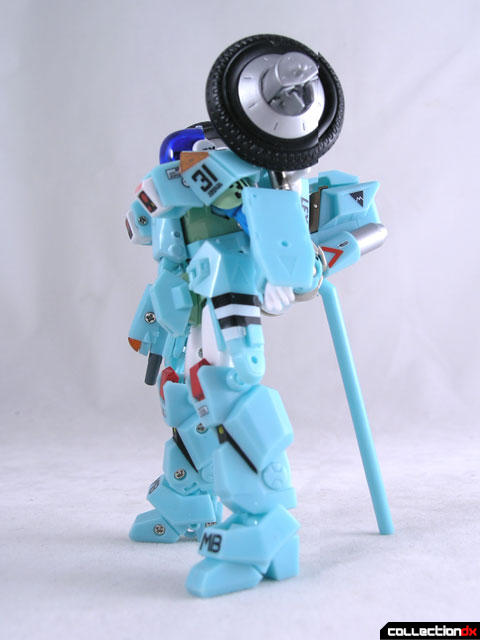 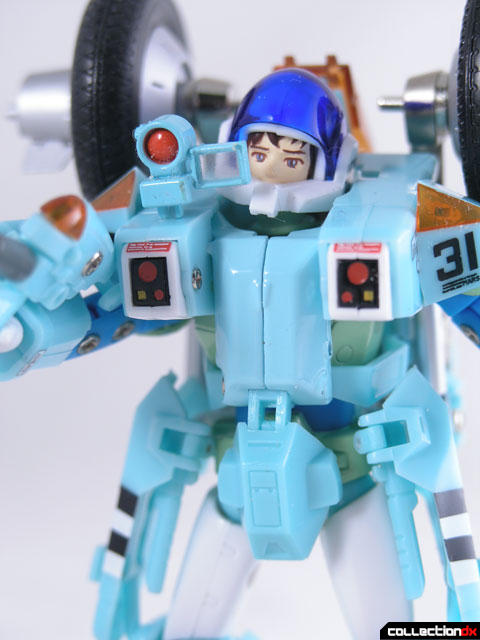 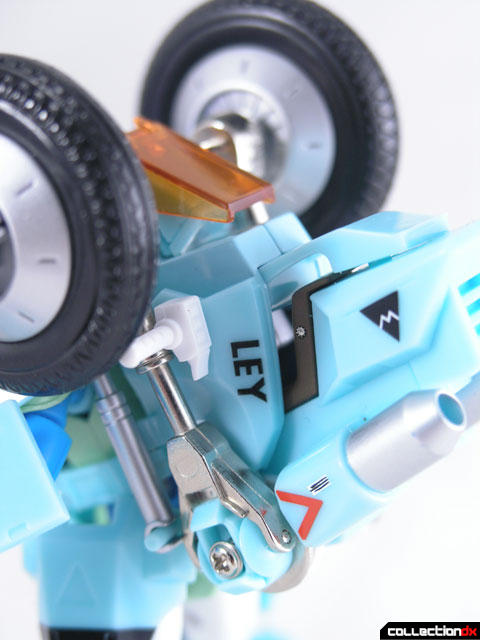 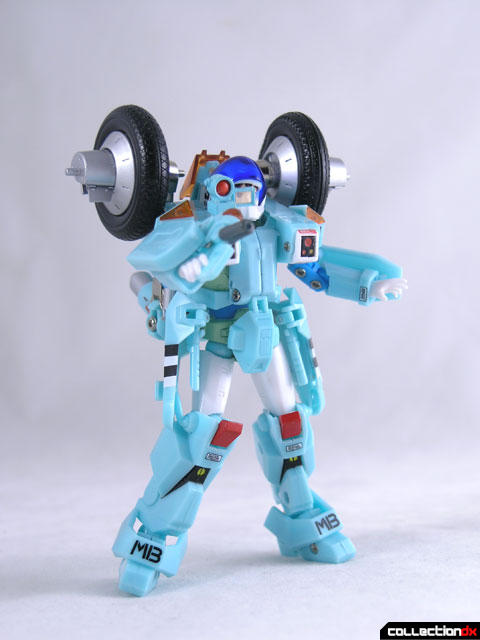