This version of the VF-11B Thunderbolt appeared in the Sony Playstation video Game Macross Digital Mission VF-X2. Aside from the difference in color, the toy is identical to the previously released GN-U VF-11B. 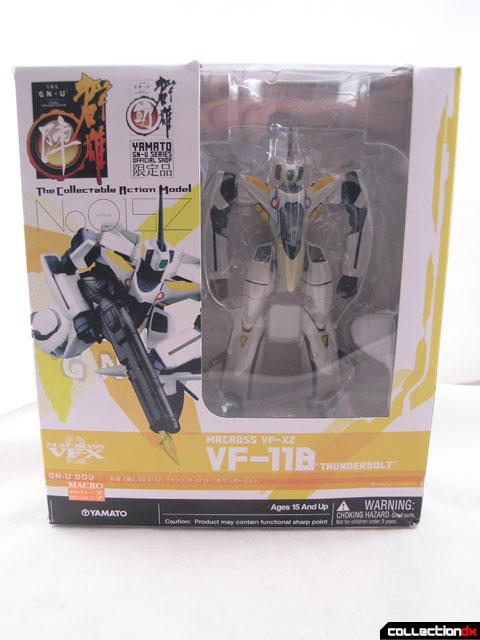 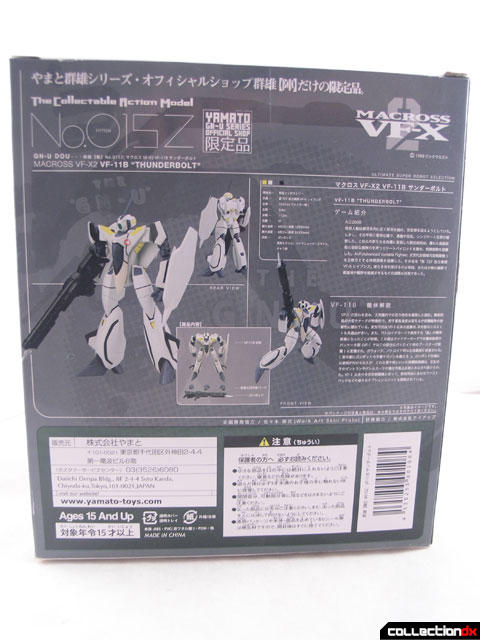 The toy number has a Z added at the end to note the special version. This was supposed to be a Yamato Online Shop exclusive, but I have seen it at other retailers. 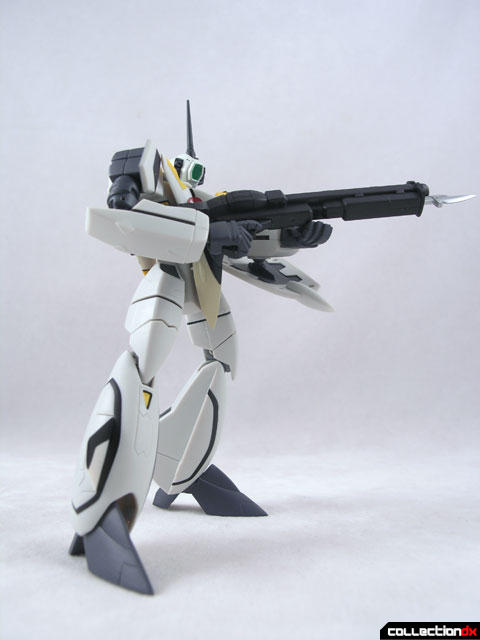 The original VF-11B toy depicts the battroid mode of the standard UN Spacy variable fighter in the space between the original Macross Series, and Macross Plus. By the time we get to Plus, the VF-11B is ready to be phased out in favor of one of two proposed prototype fighters, the YF-19 or the YF-21. 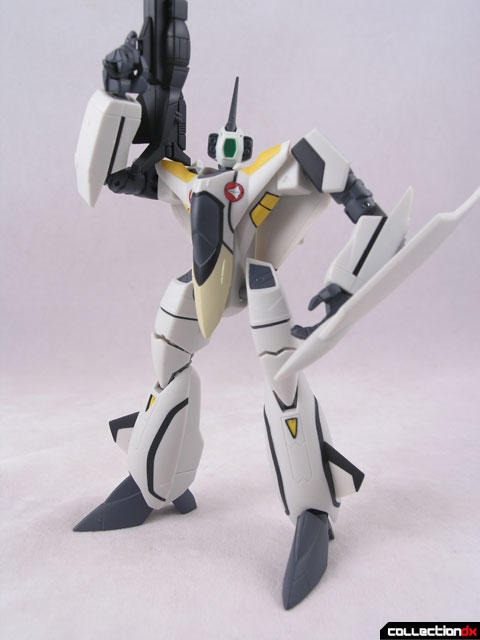 The VF-11B also plays a prominent role in the Macross 7 series. 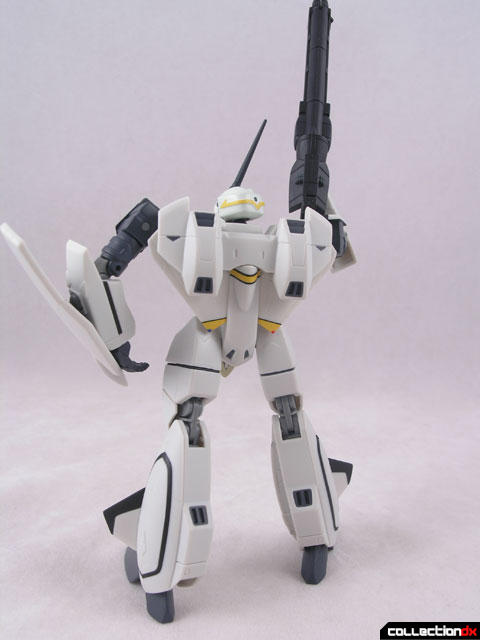 Yamato has a history of showing love to the alternate versions of mecha shown in the VF-X2 videogame. When Yamato first starting producing valkyries, they only had the license to produce toys from Macross Plus, severely limiting them as to their options of what they could make. Some of the mecha from Plus appeared in VF-X2 with different paint schemes, and that created their first repaint – the YF-19 Excalibur version. 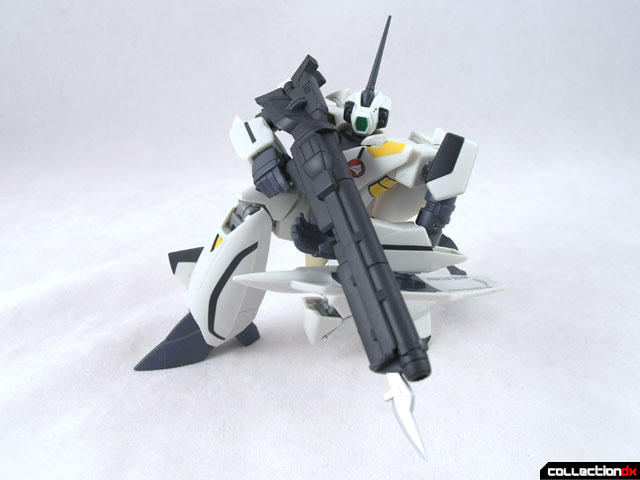 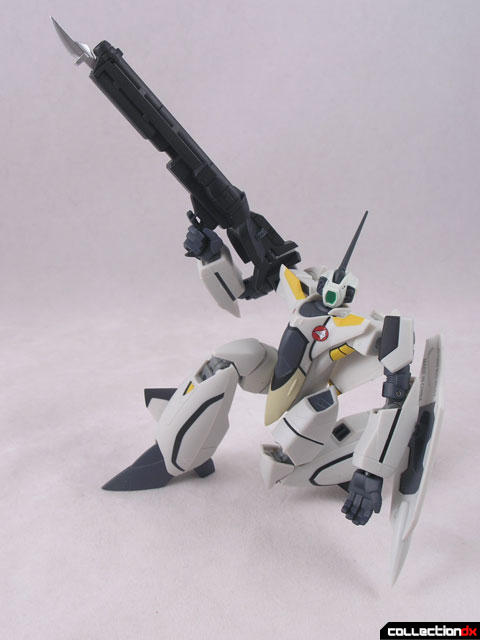 While they never released their original 1/60 scale VF-11B in VF-X2 Colors, they have released the GN-U and the retooled 1/60 in this alternate color scheme. 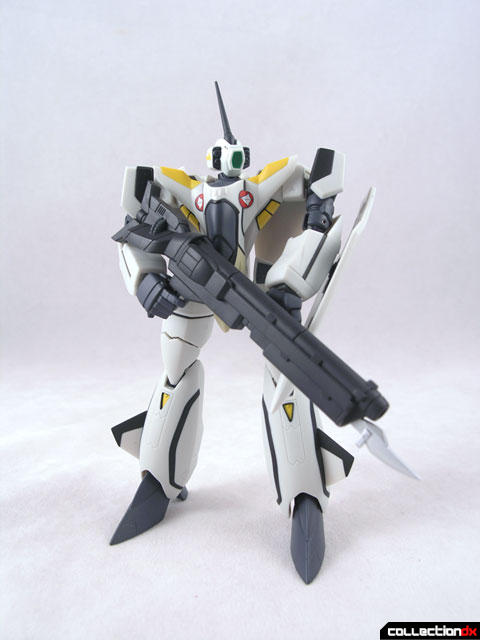 the game wasn't released on ps2 it was released for the ps1 man. I know this as i still have my copy of that game somewhere around the house