On paper, the 6" Transformers Titanium line was a slam dunk: transforming diecast toys based on Don Figueroa's popular War Within designs. The actual products suffered in execution, but I'm astonished that they were ever made. I'm still amazed that I was able to purchase modern diecast transformers for twenty bucks at Target. While the line was a qualified failure, Hasbro deserves our appreciation for its efforts to appeal to adult collectors.

Grimlock and Prowl were the final two releases in the series, and are the rarest Titanium figures.

Figueroa's prehistoric interpretations of G1 characters were exciting and fresh. Takara/Tomy and Hasbro seem content to crank out safe, samey deviations year after year. War Within was a unique new vision. You could tell that Figueroa was really thinking through the transformations of the characters, and his illustrations vibrated with a palpable love of the source material.

Prowl's Cybertronian alt-mode looks like something out of blade runner: a sleek, angular police speeder. The clear blue windscreen is a nice touch. There's a certain sloppiness to the fit and finish which is typical to the Titatium line. It's heavy, substantial, and well crafted, but everything is only loosely held together. My guess would be that Hasbro simply didn't have the expertise to properly engineer the diecast construction. 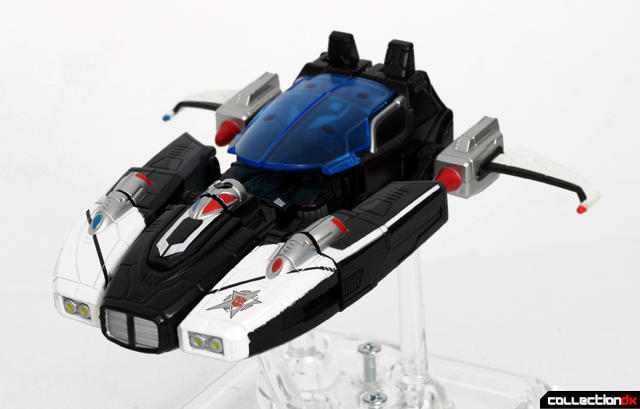 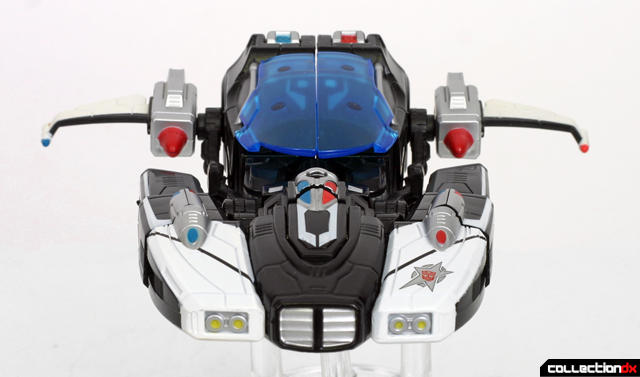 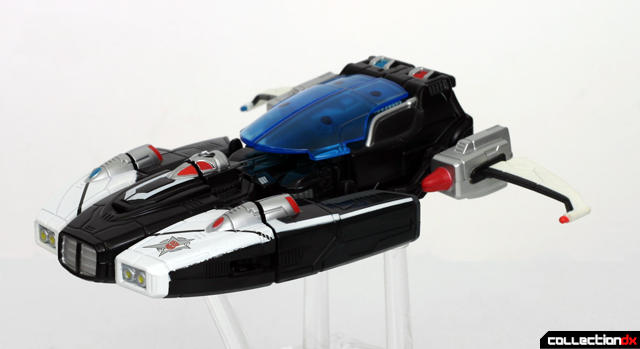 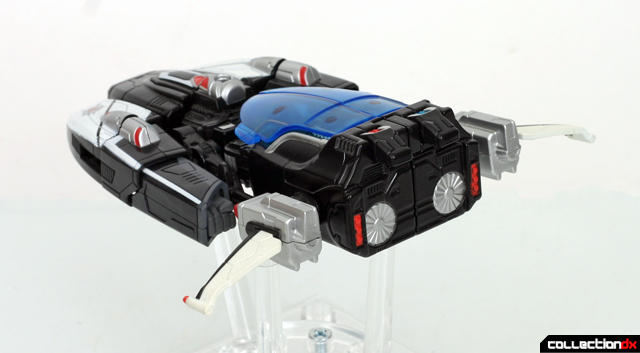 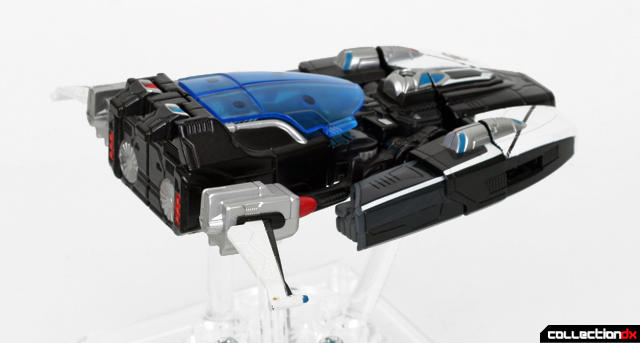 Transformation is simple and intuitive. The front half of the figure folds down to form the shoulders and arms. The rear half separated to form the legs. 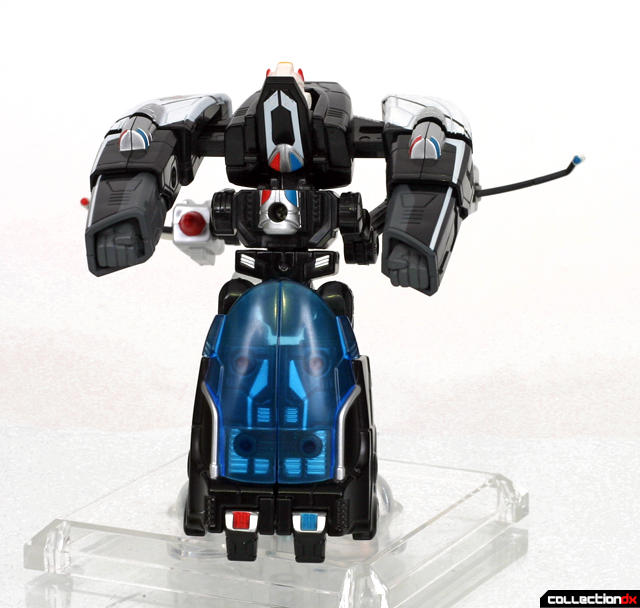 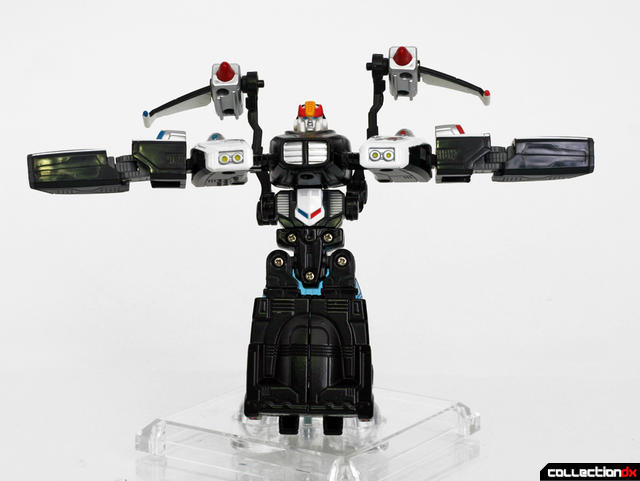 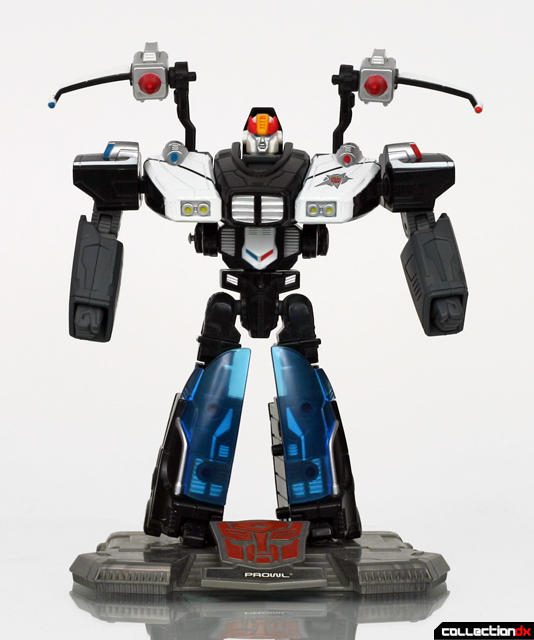 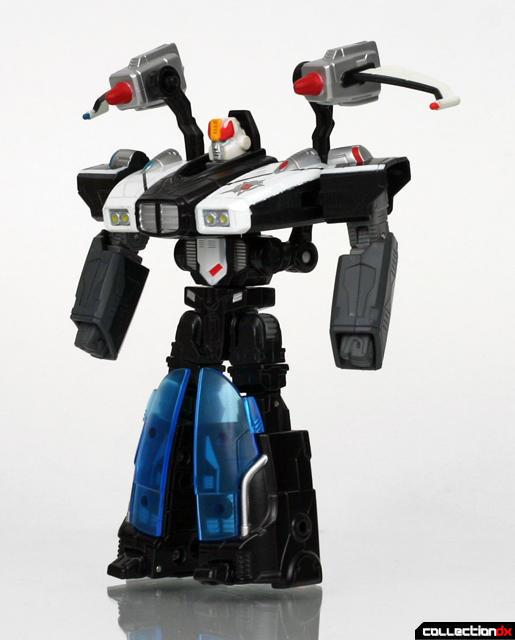 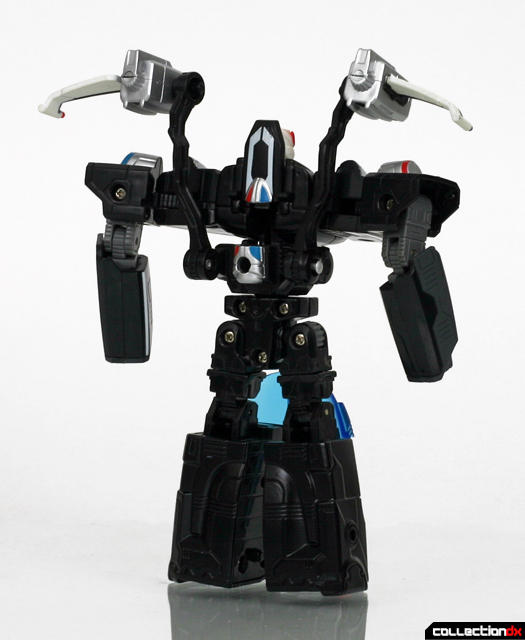 Diecast content is respectable. Prowl is a solid, hefty figure, although the bot mode suffers from the same looseness as the vehicle. 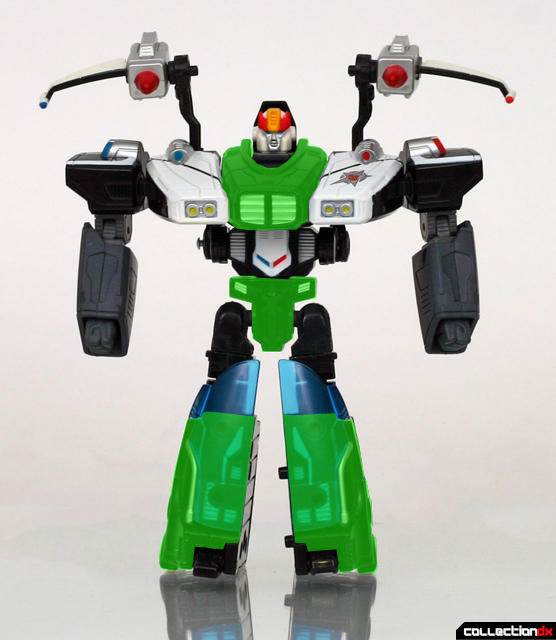 While all joints are detanted, the poseability is limited and imprecise. 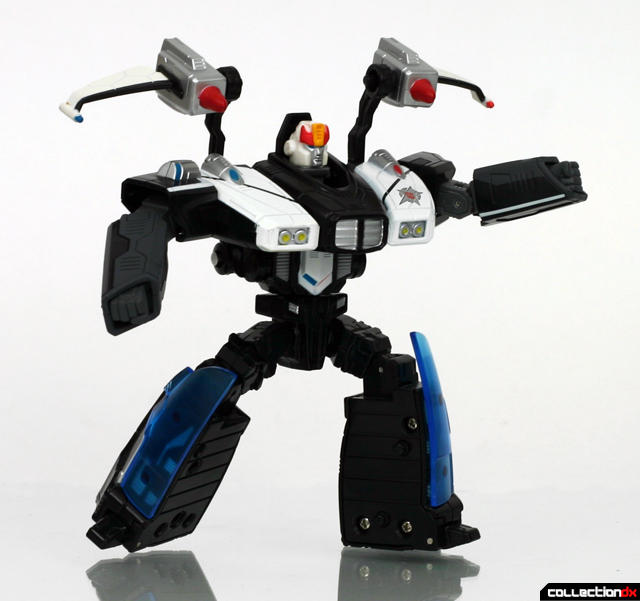 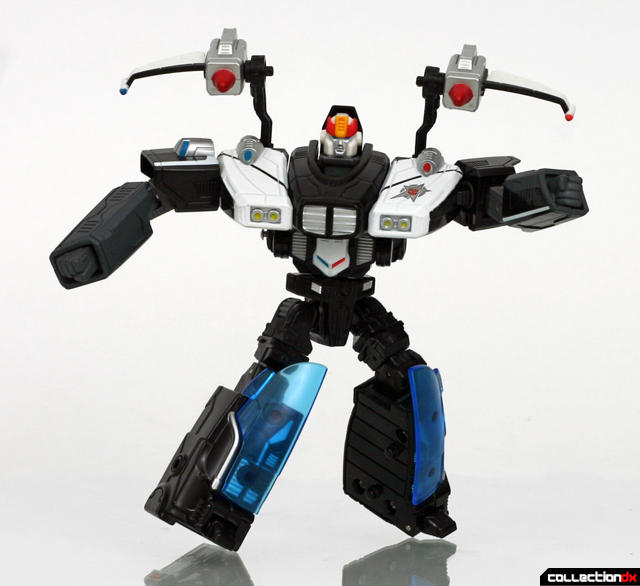 Prowl is ultimately a disappointment, but I love that it exists. The Titanium line, however imperfect, was as close to an American Chogokin as we may ever see, and while it wasn't successful, it was a solid effort. 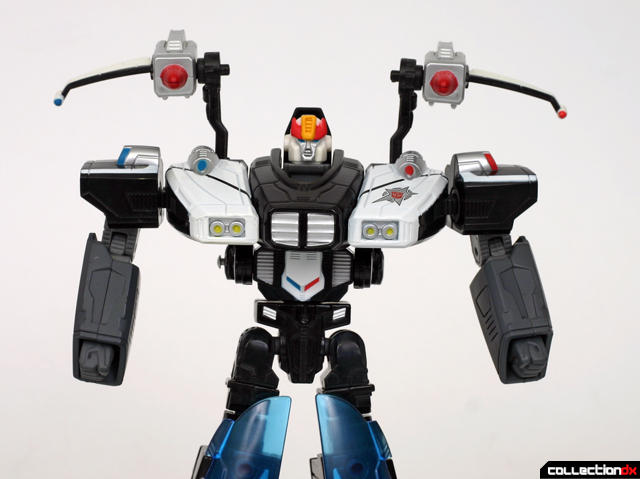 4 comments posted
I had heard that while these

I had heard that while these were released by Hasbro, they were actually not done by the Transformers team. Rather, they were done by designers from Galoob.

The Titanium line is a very strange one. The majority of figures were pretty poor - Megatron, Soundwave, the Seekers (in my opinion, but I dont hate Soundwave either), and Jetfire. But, there are a couple of inspired pieces - Scourge and Prowl spring to mind - while the non-G1 Ultra Magnus is similarly great. It pretty much epotimises 'flawed genius' to me.

Judging by the pictures i´ve seen on the web, The Fallen was pretty neat too

There are surprisingly few all-out misses in the line (Soundwave and Jetfire IMHO). Most are pretty decent toys, but given to looseness. Fallen is awesome. There's a great set of reprolabels available with more flames.