What we have here is the Revoltech Suzuki (ジュン) from Doko Demo Issho (どこでもいっしょ), a popular Japanese Playstation and PSP game. Doko Demo Issyo roughly translates to “Everywhere Together” It’s an everyday life RPG based around the lives of the cute characters within. Revoltech Suzuki arrives courtesy of HobbyLink Japan. 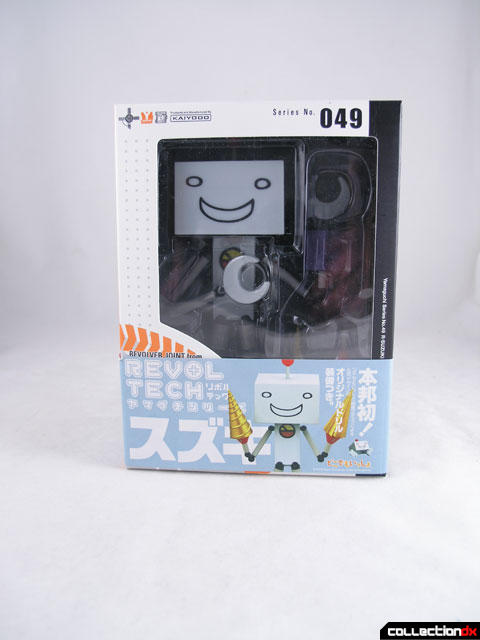 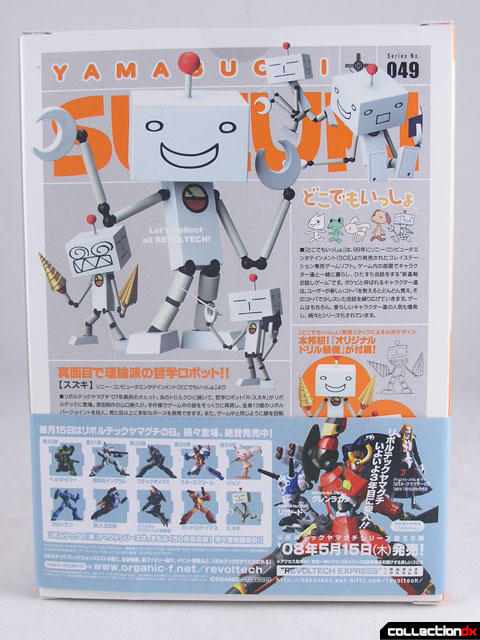 To get an idea of the madness that is Doko Demo Issyo, check this out: 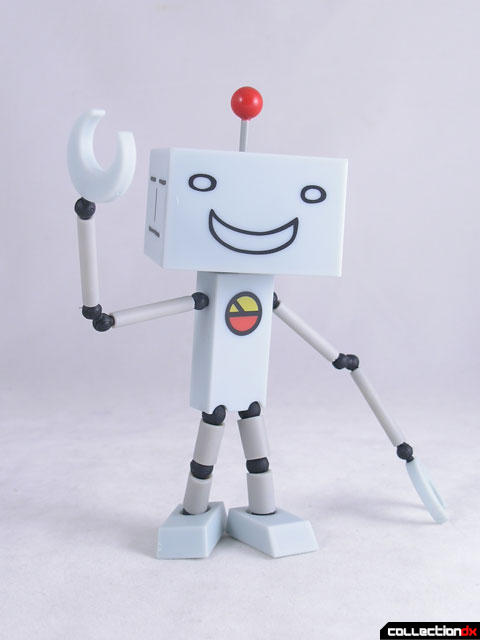 Suzuki is a robot that goes to class with Toro, Kuro and Jun (among others). He was born September 13, 2006, making him a Virgo. His favorite things are Pottery and he is a Qualified Ship Boiler Engineer. Suzuki is a serious robot, a student of philosophy and fan of music.

Check out Suzuki in action:

The four faces of Suzuki represent his different moods and are “Normal”, “Smile”, “Vacancy” and “Frenzy”. 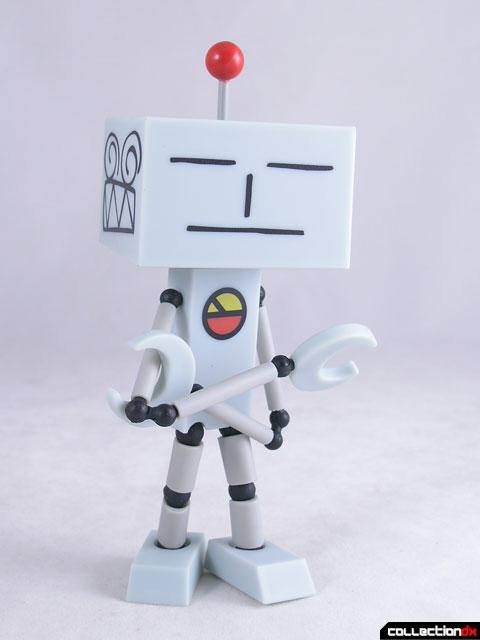 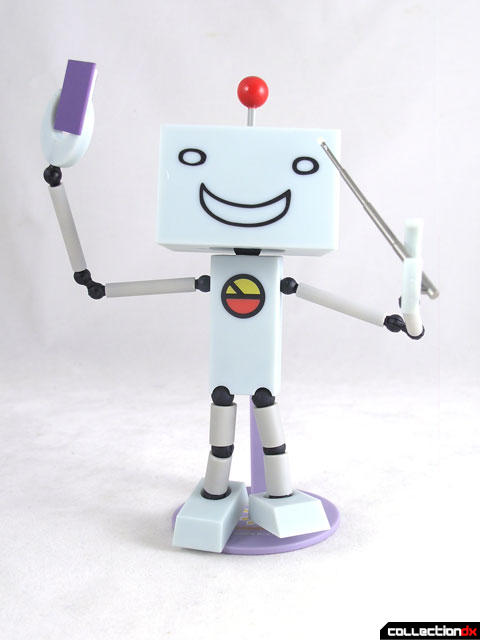 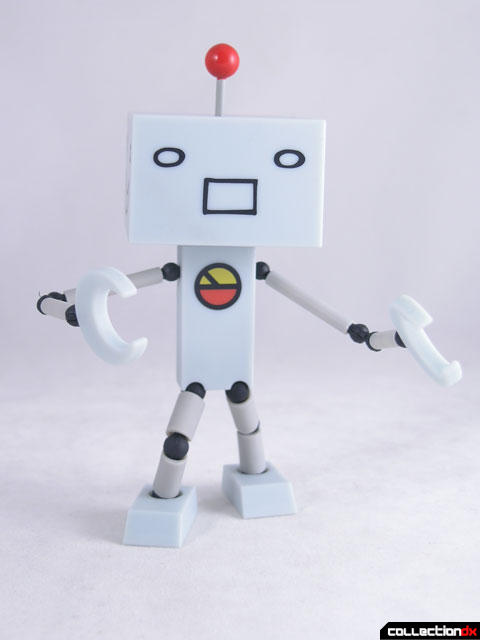 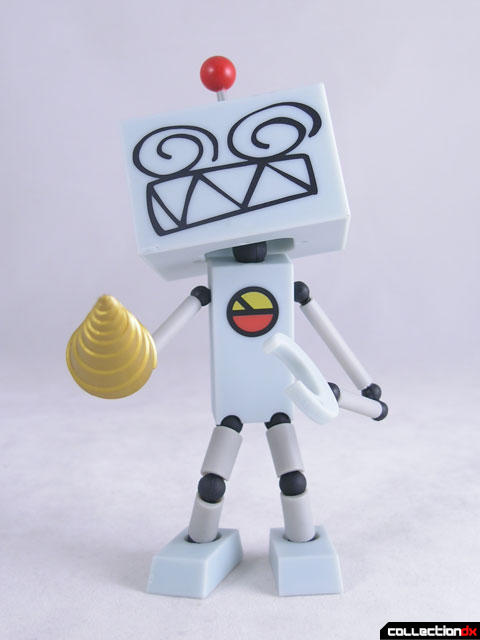 This is kind of an interesting Revoltech release that I think benefits greatly from knowing the source material. I had no idea what these Doko Demo Issyo toys were all about until I translated half a dozen Japanese web pages. I don’t know that the American market will latch on to these other than for the curiosity factor (or for Revoltech Completists).

Suzuki comes with a few accessories, including a book and pointing wand that attach to the claw hands via pegs. The dual drill missile arms used in Frenzy mode require the arms to be replaced after the elbow, and were designed especially for this release by the Doko Demo Issyo staff! 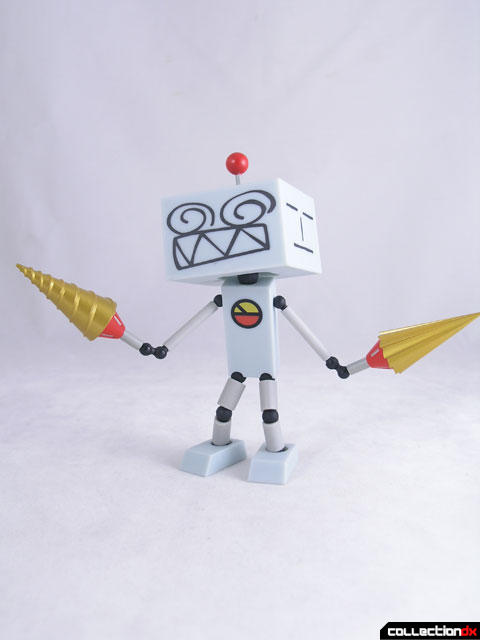 The stand is purple, and comes with the logo printed on it. Suzuki can stand on the stand itself, or can be attached at the back with the connecting arm. 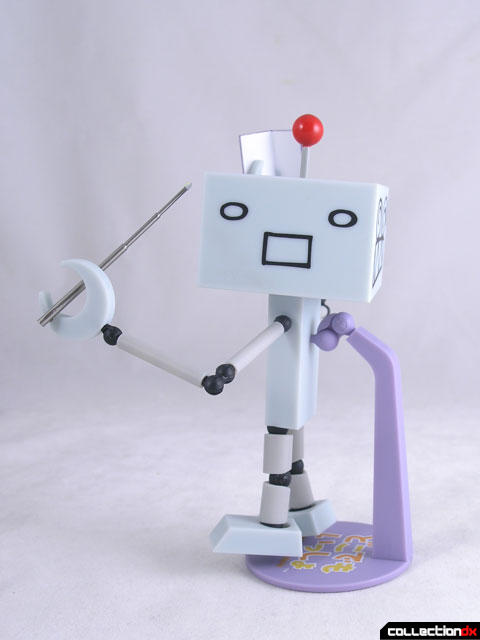 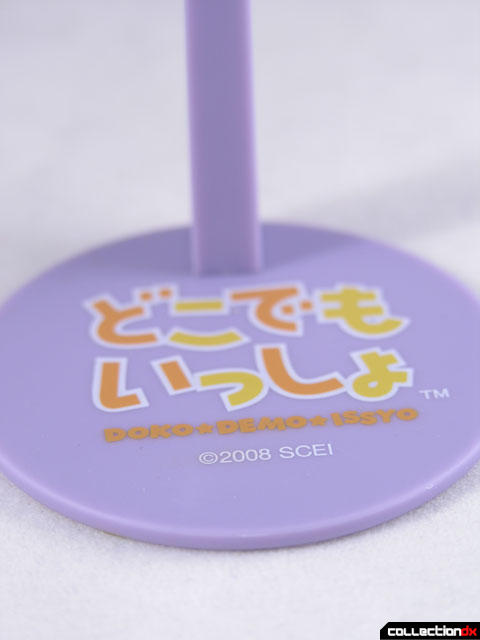 It’s well done, as usual, and very out-there as far as design goes. If this is your bag you won’t be disappointed. You can get your Revoltech Suzuki at HobbyLink Japan! 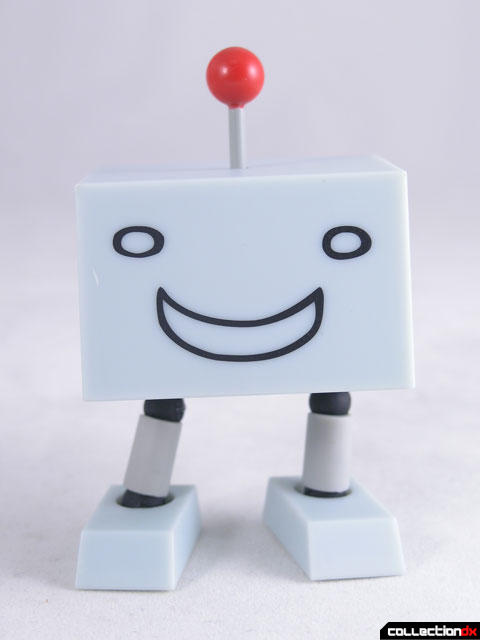 3 comments posted
I just got my Toro and Kuro

I just got my Toro and Kuro New Face versions. While never playing the games, the little guys are addicting. I'll be getting this guy and Jun as I do want to complete the Yamaguchi line. Jun is not as appealing as this one, though.

Interesting choice of Character by Revoltech. I wonder is this toy gonna be well receive outside Japan.