The Build Tiger is one of the cooler brave mechs in my opinion, the DX one of the best toys in the line. But before you get all excited, this isn't it.

Yes, this is a bootleg, but not of the DX. This is a bootleg of the smaller Super Combine Super Build Tiger. Unlike the massive DX version, this one is only about 7 inches tall. 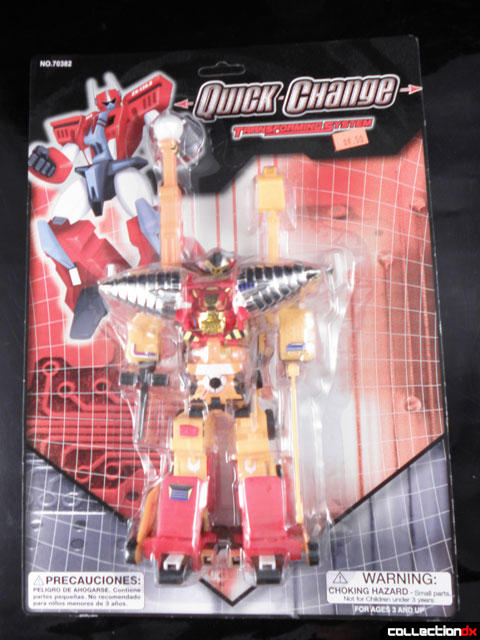 The good news is it does everything the original does and it wont make you poor at a retail price of about $5. The bad news is, it is cheap as hell. 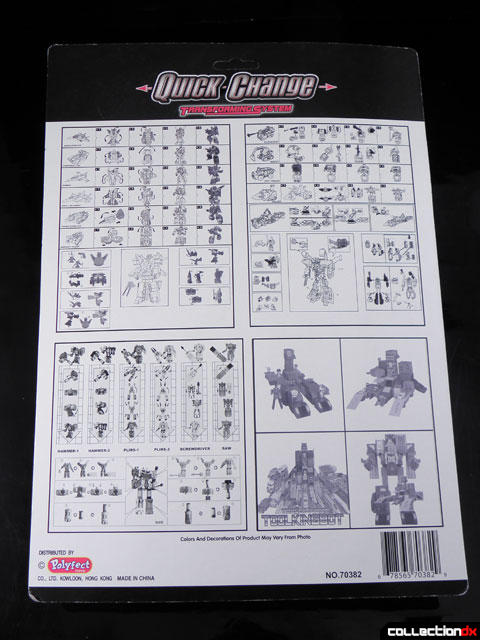 The plastic is cheap, the fit is poor, the stickers don't stick well.. but despite the shortcomings, I can't help but like it. It's an ambitious bootleg. The fact that it still can separate into the individual vehicles, and form Build Tiger as well as Super Build Tiger, is pretty remarkable.

I'm not going to go into the history of the toy, or even all the gimmicks, as Dan is going to be doing a proper review of the legitimate DX toy. But I will talk about a few things.

The names of the characters are fun - 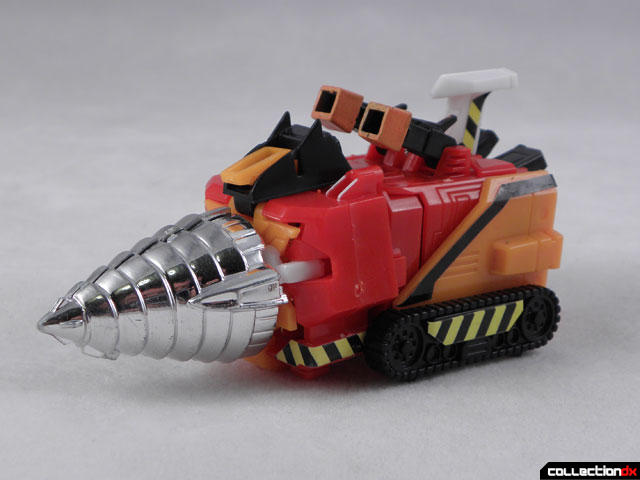 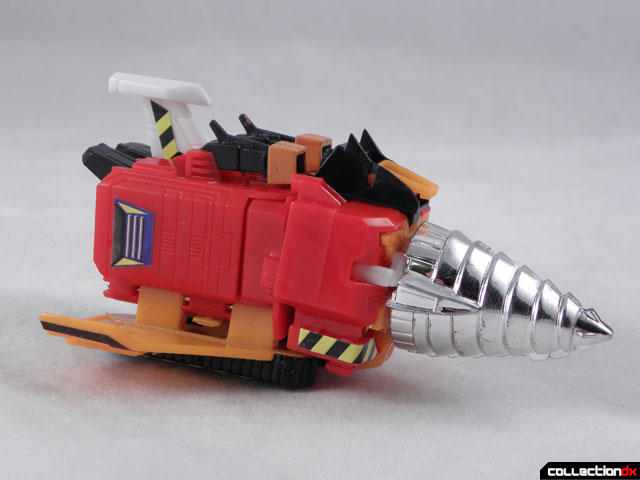 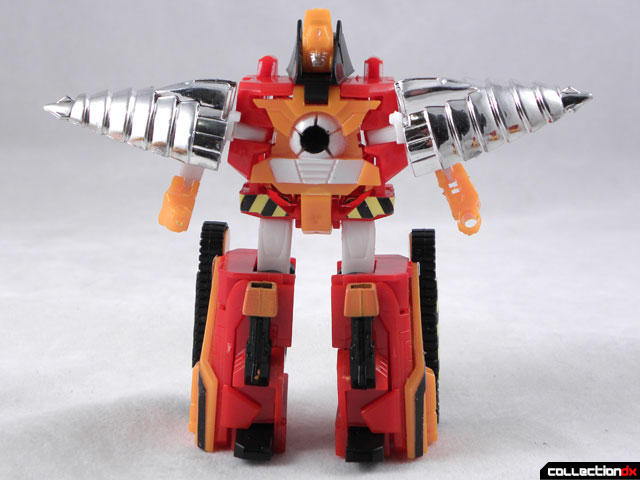 This part comes improperly assembled out of the factory. The soccer ball crest is backwards. It's easily fixed. 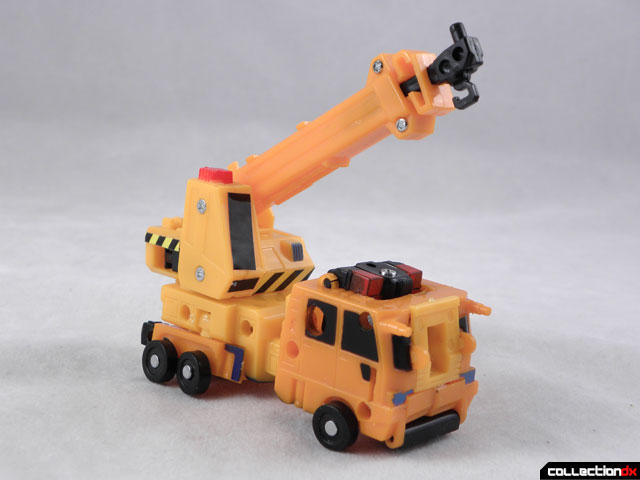 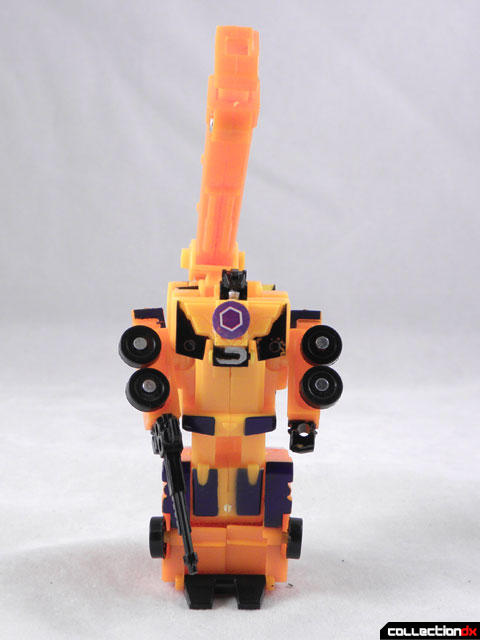 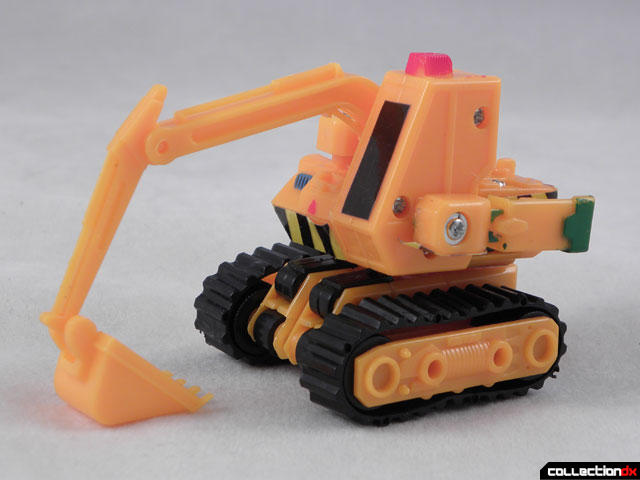 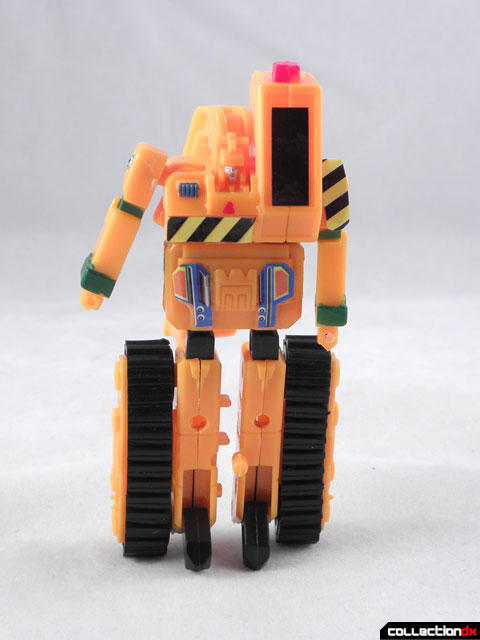 I couldn't get the two halves to fit together properly. 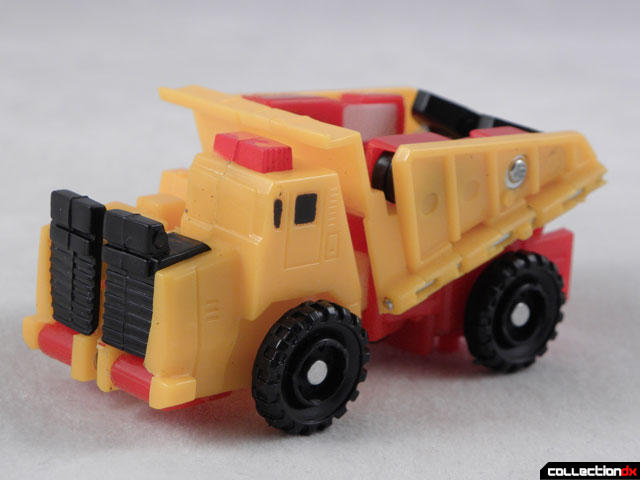 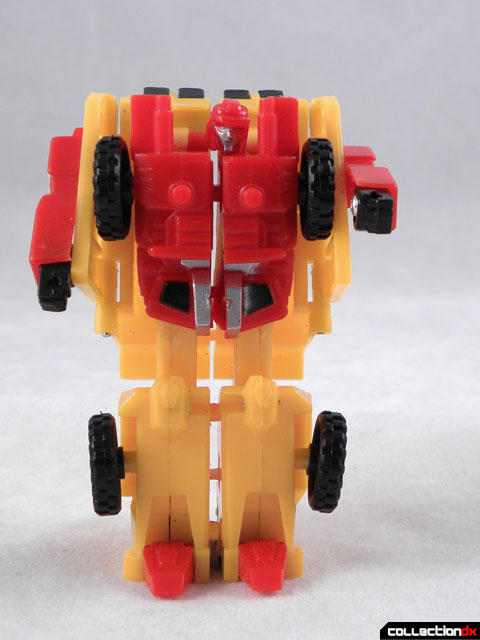 all of these (Minus Drill Boy) combine to form Build Tiger. 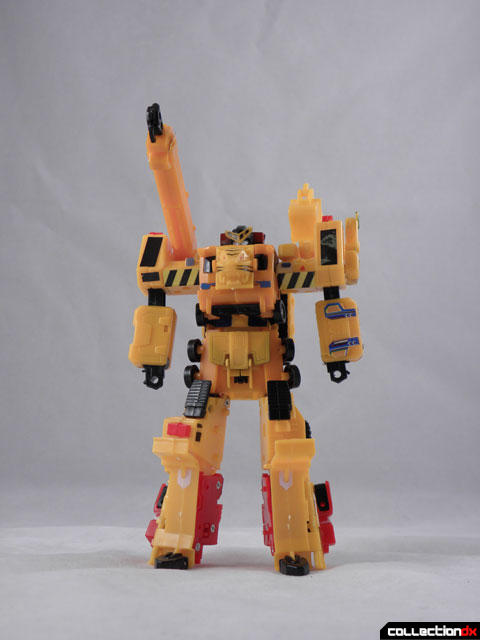 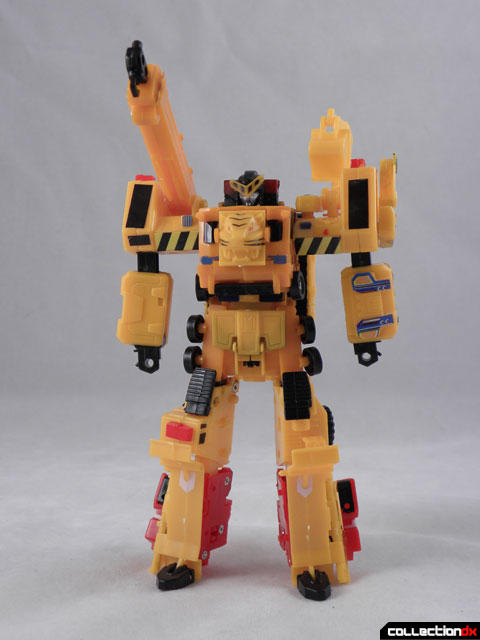 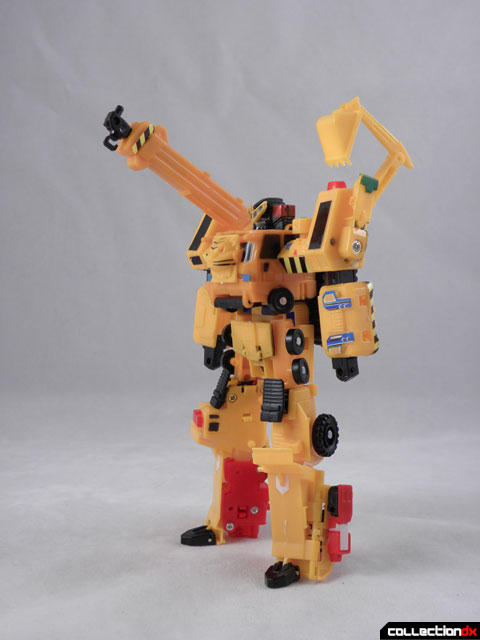 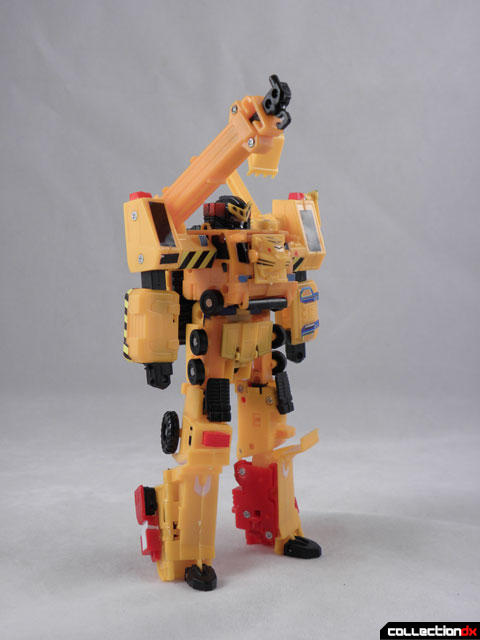 Add in Drill Boy, and you get Super Build Tiger 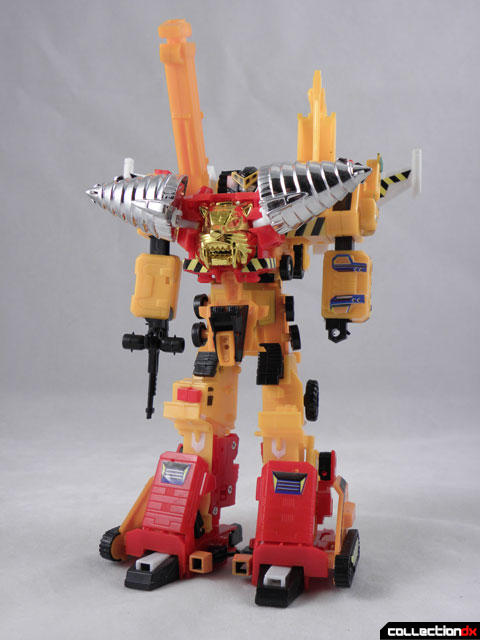 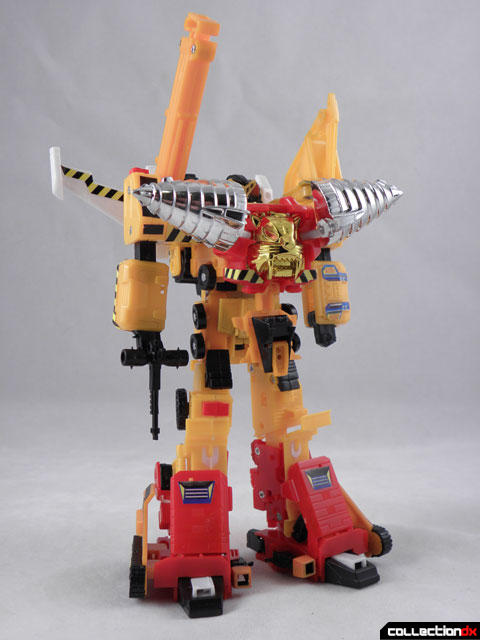 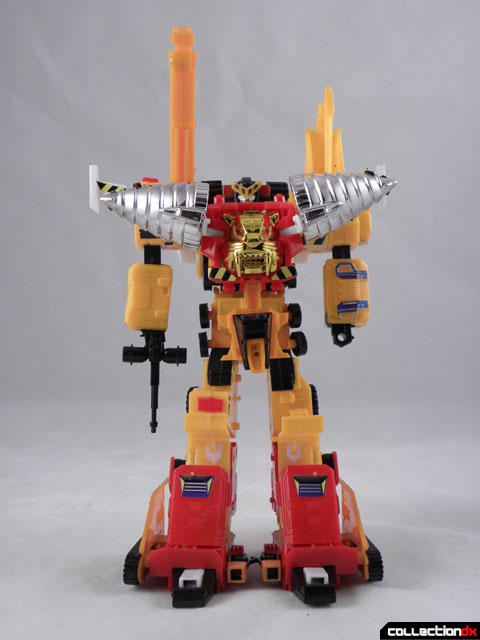 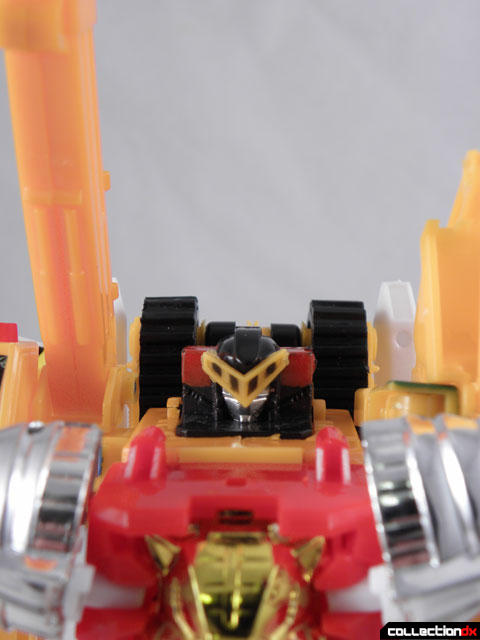 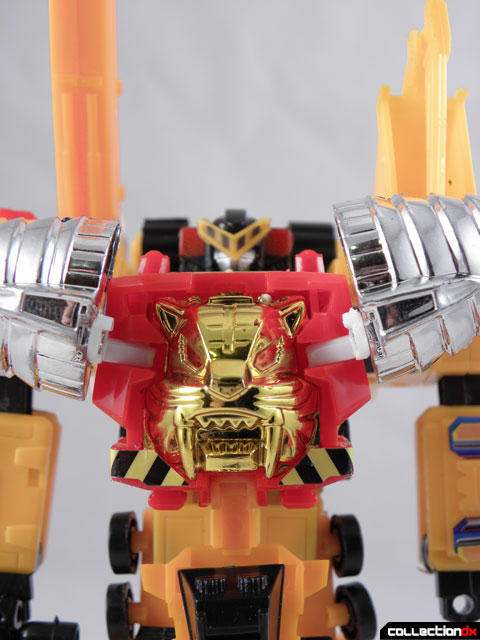 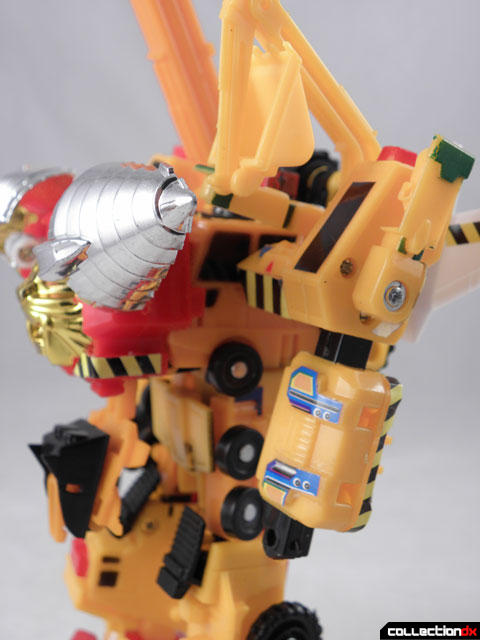 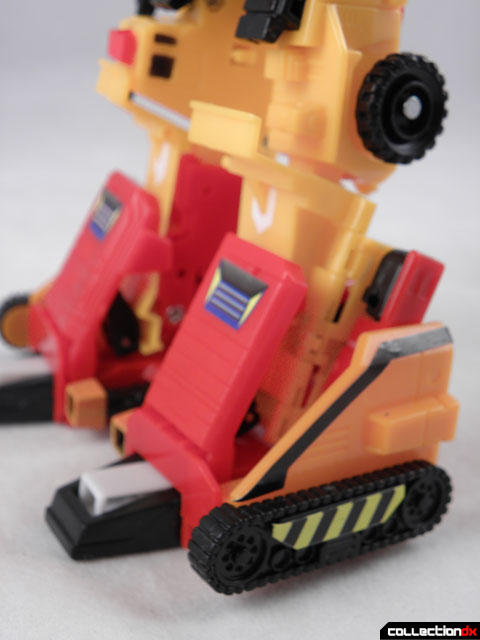 But wait, there is more, combine all the robots in vehicle mode to form Super Build Gimlet 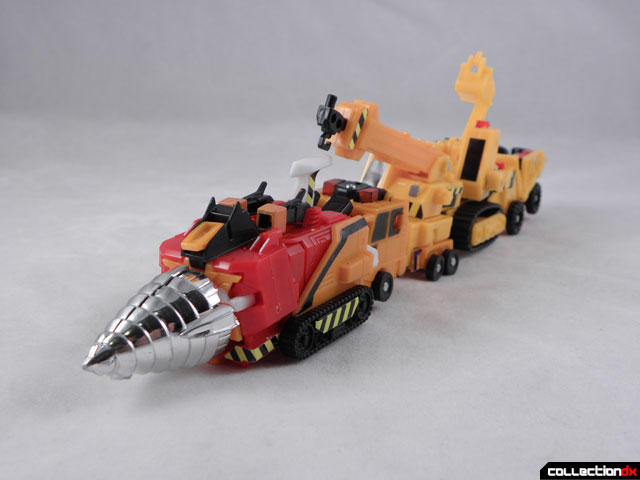 Whatever the hell a Gimlet is... 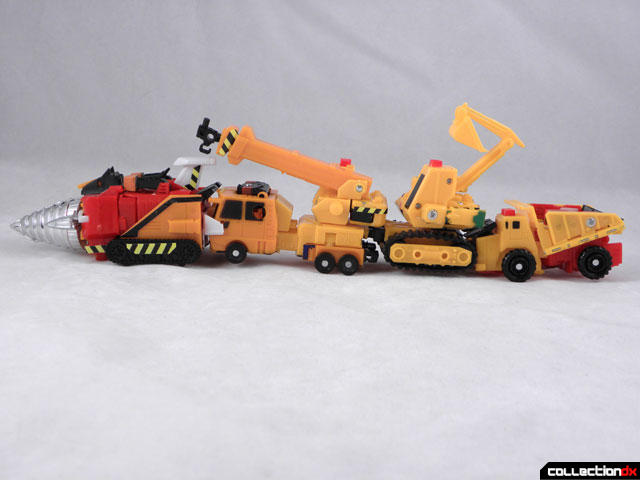 I guess the point of all this is that you get all of this, for only five bucks. Not a bad deal if you ask me. Look for one at your local dollar store.

4 comments posted
Despite its cheapness this

Despite its cheapness this is awesome..

A gimlet is a small drill with a spiral end. Also a running joke about dwarves (the species, not the medical condition) in the Terry Pratchett "Discworld" books.

Besides being a Starfleet fan, you're also into Discworld?? You, sir, are a man of fine tastes! ;)

Anyway, this review--like most bootreg reviews--brings a smile to my face. Honestly though, it really makes me wanna track down the original DX toy!

I think that's incorrect--it appears to be an extremely down-sized knockoff of the DX.

I just bought something similar at Tuesday Morning. Based off of the same toy, same card, but 6 inches tall, not 7 inches. The individual components are almost WST size.

It's further simplified, with Drill Boy not having arms, McCrane not having the lion chest for normal Super Build Tiger, the gun not being able to separate, etc. And the quality is absolute crap.