For every major mecha design, there is an obscure variation. The Hagans from Megazone 23 had a close cousin in the Space Hagan. Seen for a scant few seconds before being torn apart by an alien death gun, the Space Hagan is one of those robots thought privy only to the most hardcore of modeler. As a side note, this design does get a lot more play in the bizarre new ending which was tacked on to Megazone 23 for its adaptation in Robotech: The Movie. In which the hero's stolen space plane conveniently has a Space Hagan literally built inside for the sole purpose of providing the hero with a mecha in which to fight the badguy's Hagan.

In 2008, Organic Hobby released a small line of figures under the "Maneuver Slave Collection" banner. While this is never outright stated in any of the OVAs, "Maneuver Slave" is the name of a mecha's humanoid form in Megazone 23. These figures were small and robust. Made from solid PVC with ABS joints, they were a little overpriced at 2000 yen a pop but had the inherent appeal of bringing many obscure designs to life in toy form for the first time. 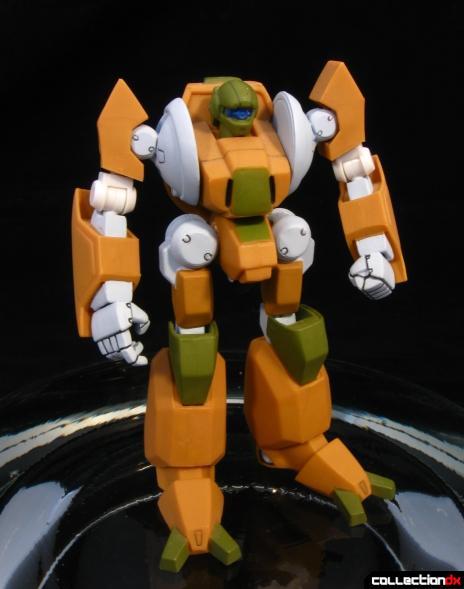 The Space Hagan is a solid toy with a vibrant paint scheme taken straight out of the OVA. The figure is around four and a half inches tall. 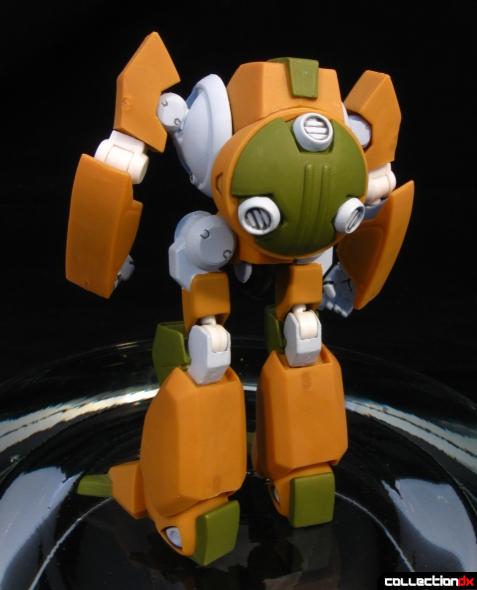 One notably difference between the Hagan and Space Hagan is the addition of a special vernier backpack. The combination of colors and shell-shape of the backpack gives the Space Hagan a vaguely turtle-like look. 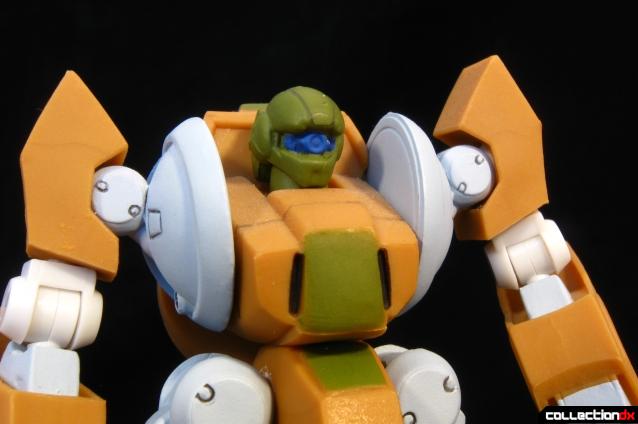 Up close one can see more differences between the Hagan and Space Hagan. The Space Hagan has a visor filled with faux camera details and a flatter chest with no vents. 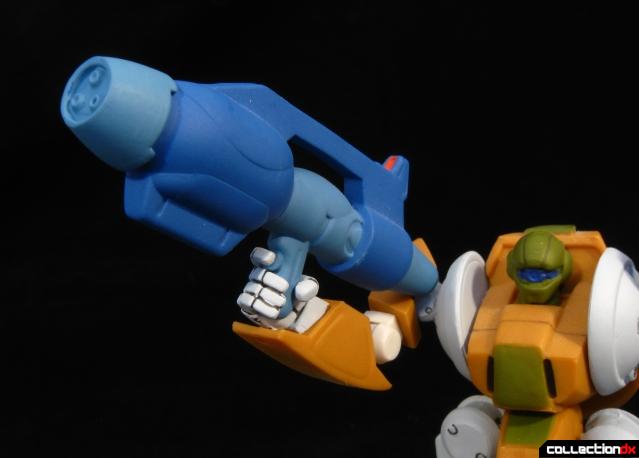 The Space Hagan comes with its signature Gatling gun style weapon. The toy has no problem hefting this beefy weapon. 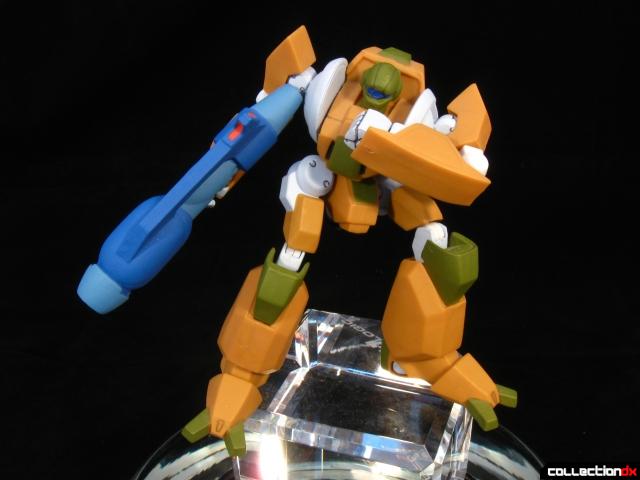 Much like the Hagan in the same line, the Space Hagan has all major points of articulation sans neck joint. You can't help but mess around with the chunky guy. 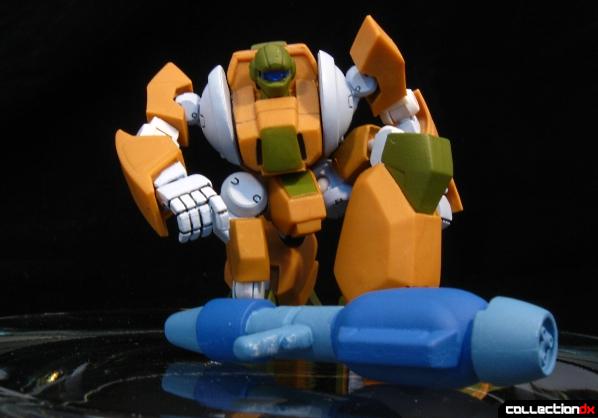 The Space Hagan is a surprisingly expressive figure despite its simplicity. 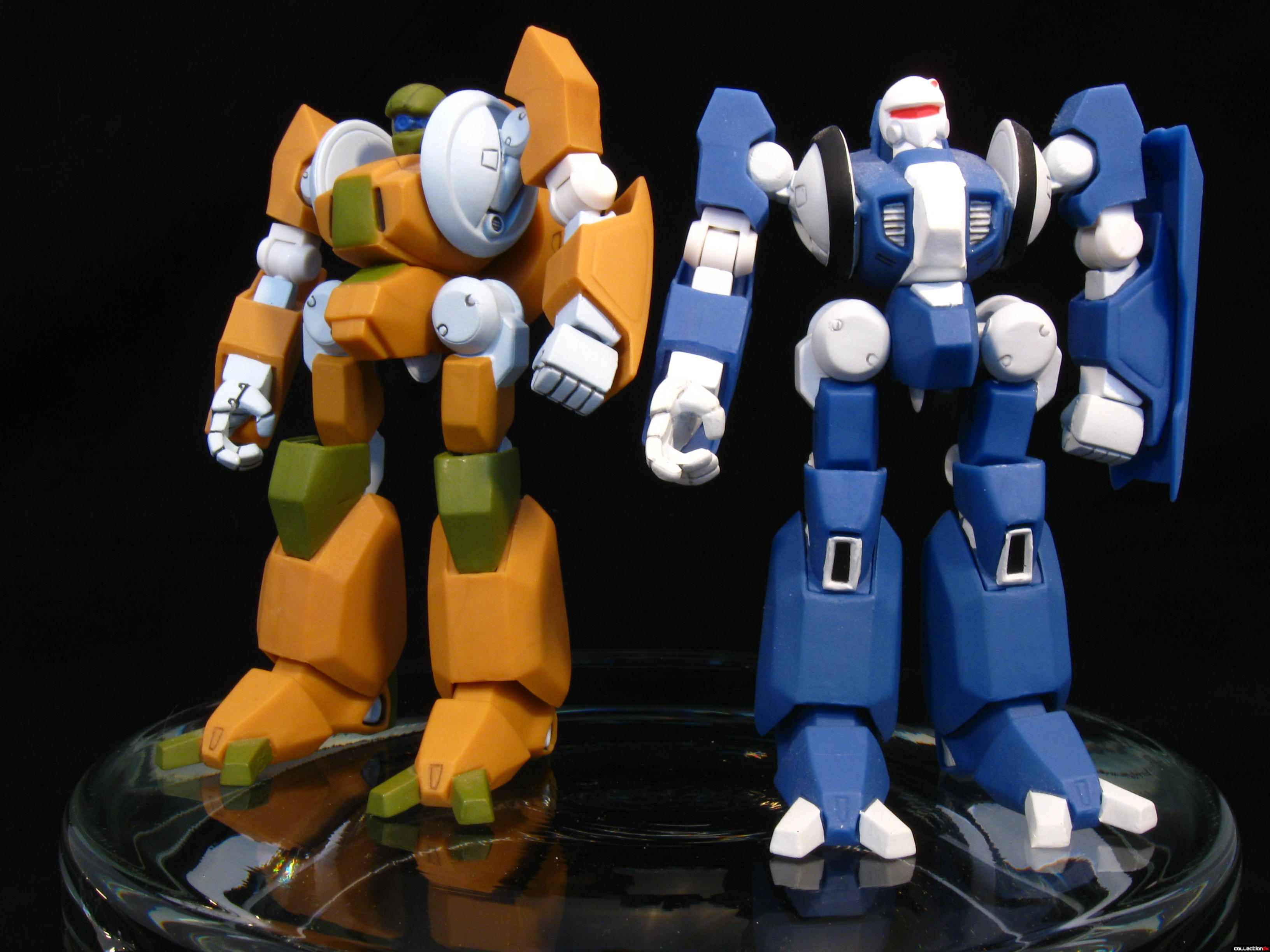 One may have just assumed Organic Hobby was going to cheap out and make the bare minimum of changes to change the Hagan into a Space Hagan. In reality, both figures share next to no parts. Even the hands of the Space Hagan have tiny extra details.

Much like the Hagan, Organic Hobby's Space Hagan is a fun toy of an obscure design. I recommend it to anyone who is a fan or this design. I'd even say it's a cool toy for non fans.

The space hagan's color scheme is striking similar to G1 Roadbuster from Transformers.

I love the simplicity of design. Everything about Megazone 23 is excellent. It was a great time to be a fan of anime. Thanks for the great reviews.