We've already covered the regular version of the Shin Seiki Gokin Shin Getter 2, but this is the Weathered Version, and in my opinion, far superior. 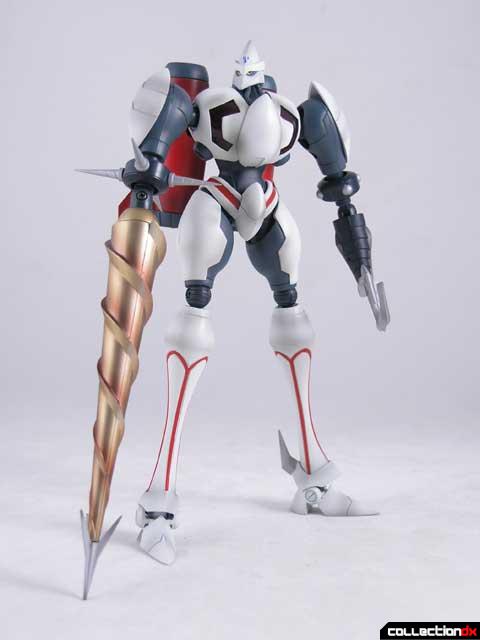 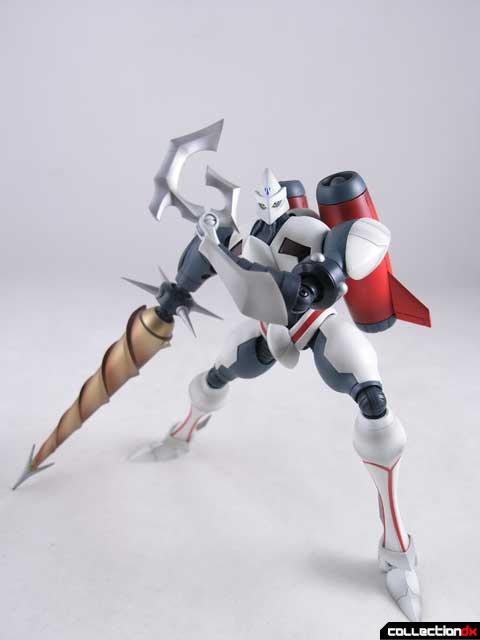 The Weathered Version Shin Getter 2 is an Anime-Export exclusive. Anime-Export has an arrangement with Aoshima where they can do exclusive versions of their die-cast toys. And what is cool is that they are not just simple repaints - This toy has amazing detail. 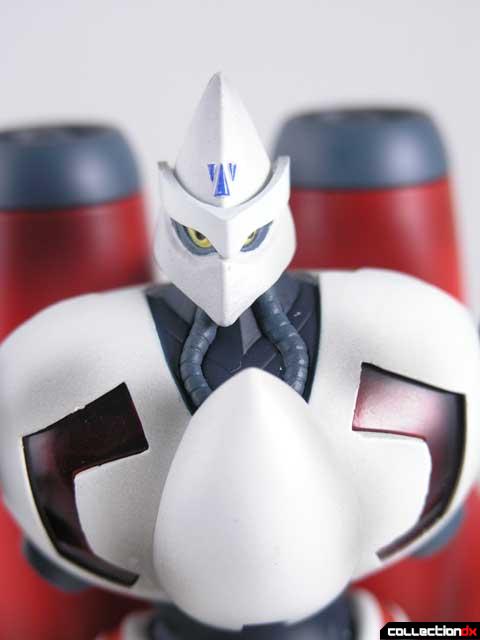 All the parts have been weathered in some way. The gloss white finish has been replaced with a matte finish, with faded grey weathering all over the figure. Although the toy is 90% diecast, the plastic has been weathered as well. 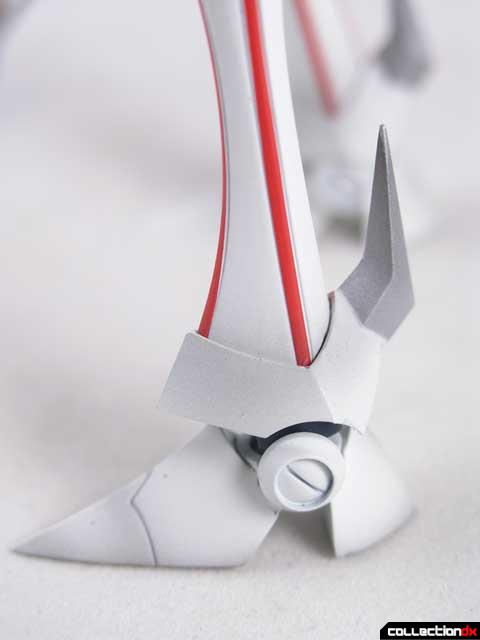 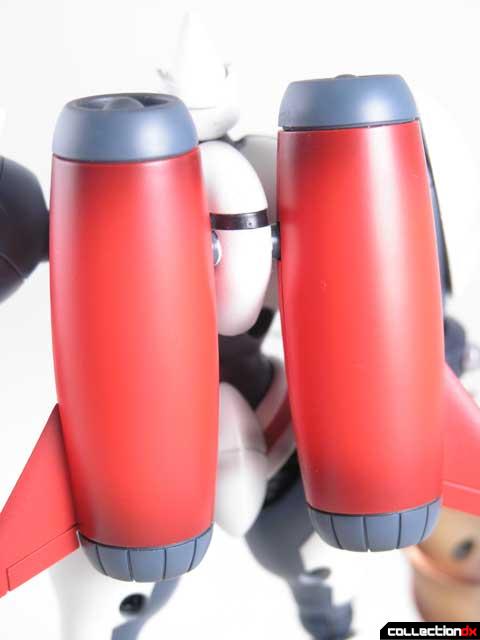 I won't go over all the finer points of the figure itself, that was covered well in Sanjeev's review. But I will say that this is a fantastic figure. I am just blown away with how cool it is. I thought the thing would have trouble standing up but its really solid. Aoshima has included a couple stands that support the drill and the figure, but you don't actually need them. 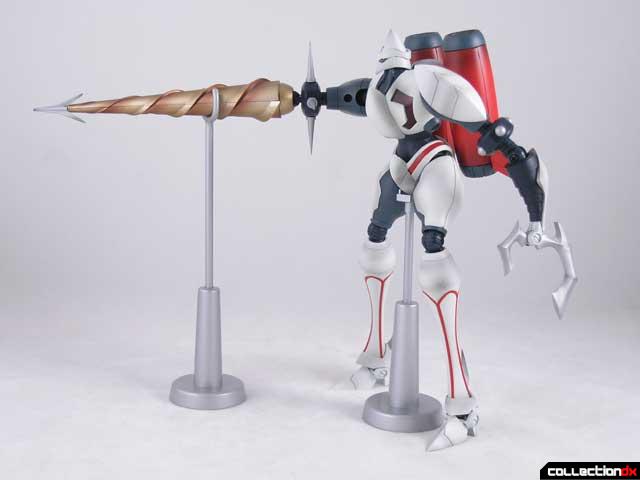 The arms and legs have that Aoshima extending joint thing, which works really well with this release. The drill arm has a rotating spiked band, and the other arm features an articulated claw. 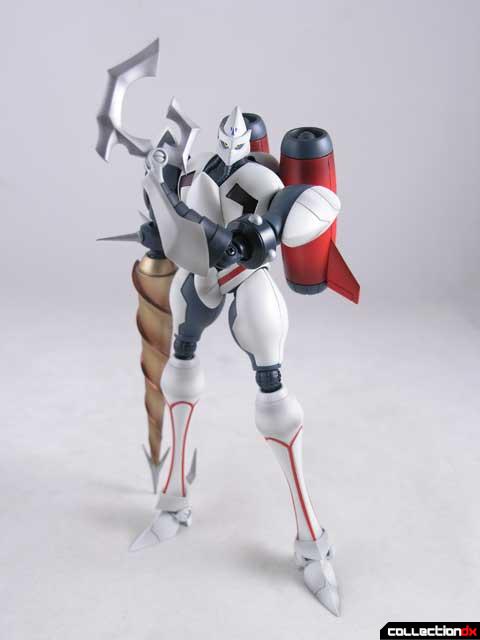 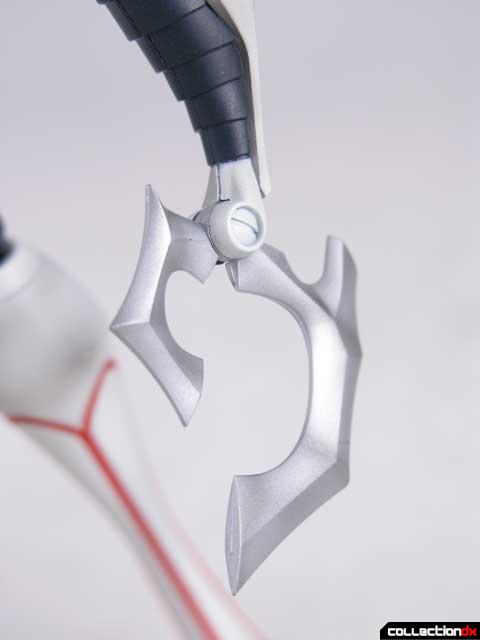 The toy comes with a variant drill arm that can actually fire an all plastic version of the drill. The drill arm that does not fire is a solid piece of sharp metal. 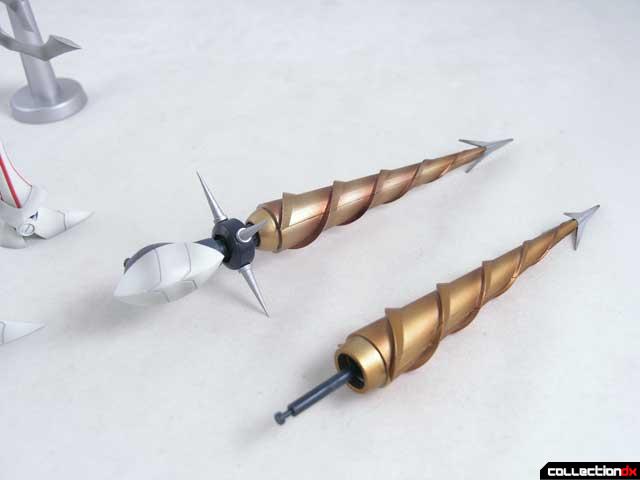 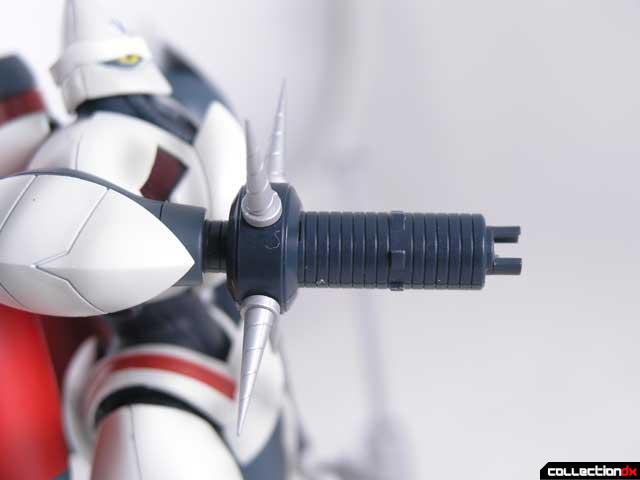 Also included is a mini figure of Hayato, the pilot of Shin Getter 2. 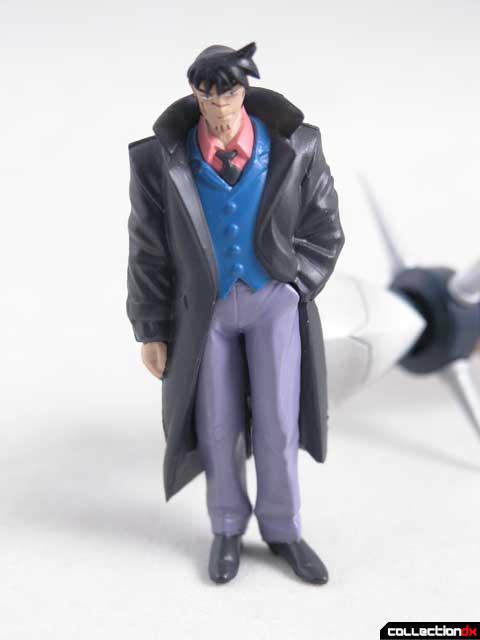 Shin Getter 2 (Anime-Export Weathered Version) is a really really nice piece. there's just nothing wrong with it and would be a great addition to any gokin collection. You can get yours at Anime-Export.com. It's limited to 1500 peices, so get one before they are gone. 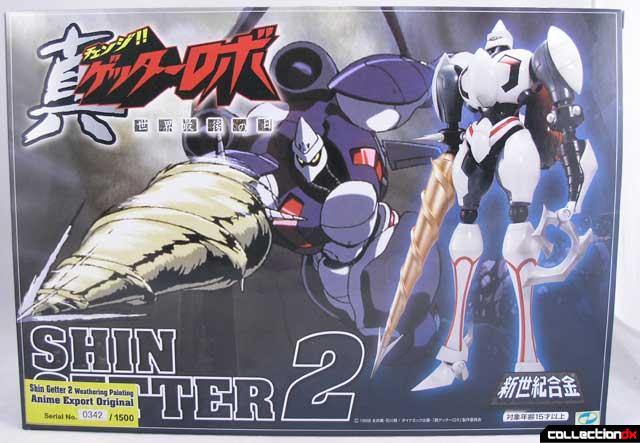 I actually like those little figures that they come with. They help fill in little gaps on the shelf. I'd rather display those than a big cumbersome base with a bunch of useless accessories falling off of it.

Yeah, I like Aoshima's thing of including figures of characters in the show as opposed to big, gaudy bases that don't do much but take up precious shelf room. The only thing is that I wish the Jin Hayato figure that came with this exclusive were different from the regular edition's figure.

Overall, though, I like the look of this figure. The only problem is that it doesn't quite go with the clean, glossy look of Shin Getter 1...unless they put out a weathered Shin Getter 1, which wouldn't suprise me in the least with all their variant-craziness...

Well, either way, whichever versions you have of 1 and 2, they oughtta match.

anime export already released at same time actually a shin getter 1 weathered ver. The coolest however was a shin getter 1 normal colored but metallic ver. like the neo-getter metallic

The "normal" Shin Getter 2 came weathered already (damn you Aoshima!!!), so the only difference between this new release and the original is the flat white paint. I really wanted a clean looking - out of the show room version, but that never saw the light of day...

Shin Getter Two is sexy beyond all belief. I must own one.

I like it! the arms and legs have that Aoshima extending joint thing, which works really well with this release.

Am I missing something here? There like 25 Shin getters. 9 Shin getter 2s. 3 Neo getters. Where the heck is a NEW version of Posideon? If I can't have all 3 Aoshima will get no money from me. I love my Anime export Neo getter but how could they not make a Getter 3?