Scylla (or Sukyura) is an Ultra Kaiju from the movie "Ultraman Tiga & Ultraman Dyna & Ultraman Gaia: Battle in Hyperspace". Wikipedia describes him as: 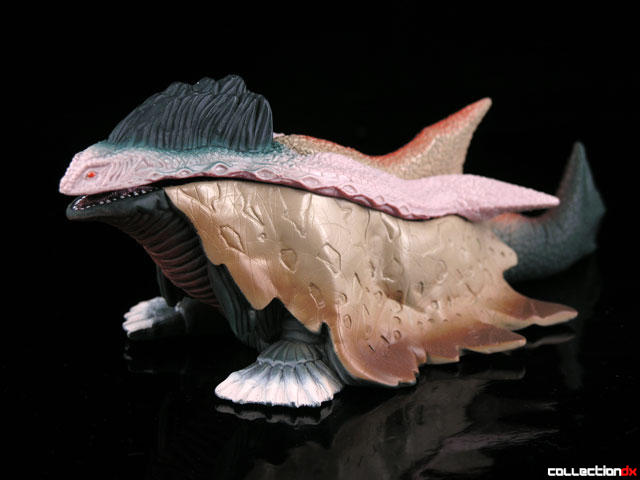 Having never seen this guy before, he caught my eye on the shelf at Newbury Comics. Once I saw that the entire top part of him was a mounth, I was sold. 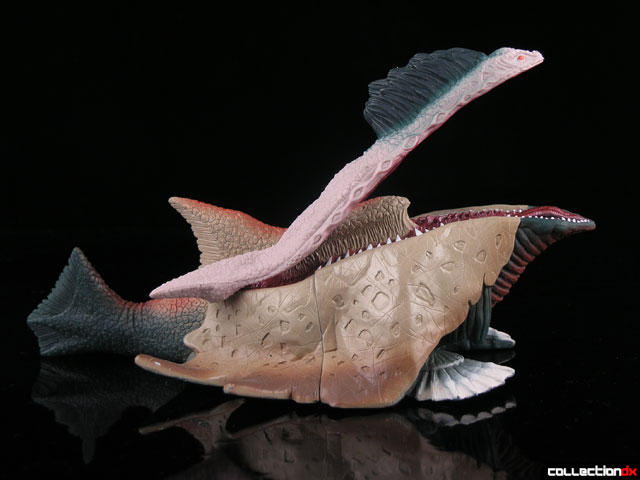 Basically, you just pull up on the front of the mouth to open him. The back is anchored by two plugs that can easily pop back into place should they become disconnected. 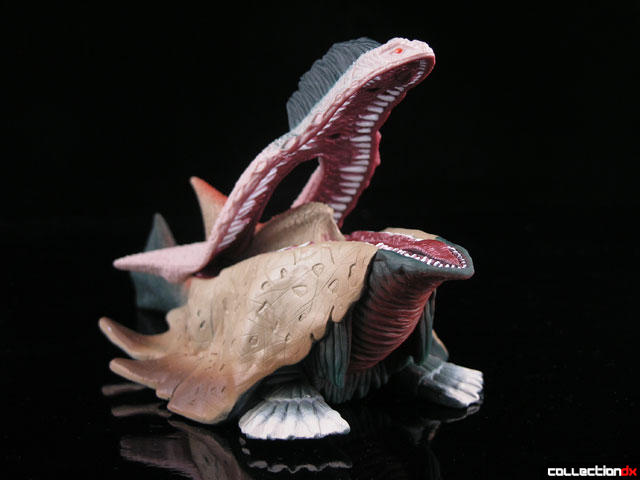 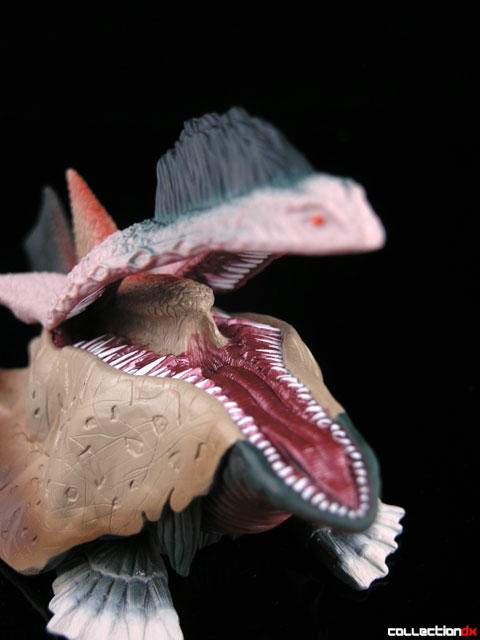 The toy features a swing tag and bonus playing card for the "Data Cardass" system. The card is bar-coded and can be swiped in any of the multitude of arcade machines in Japan featuring compatible games. 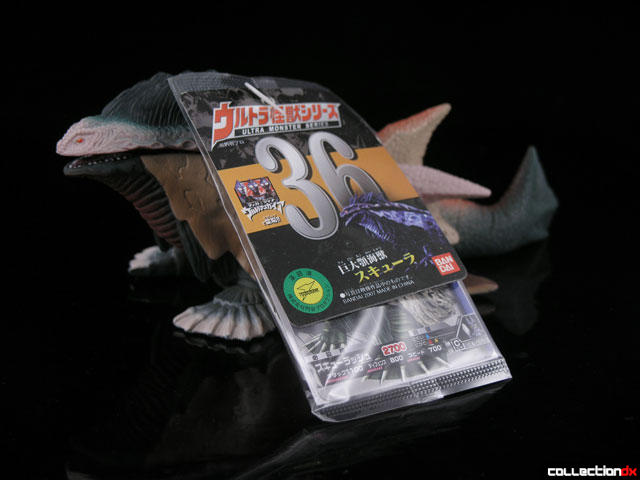 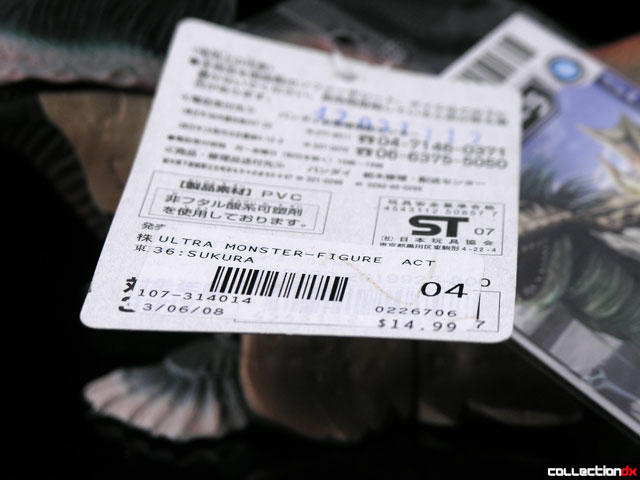 At only about $9 US, you can't go wrong with these toys. The value gets even greater if you have access to an arcade machine that uses the cards, but odds of seeing one in the US is slim. 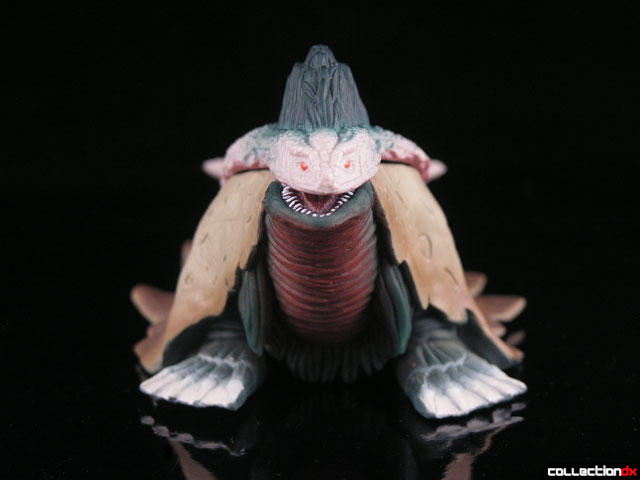 5 comments posted
Too much mouth, too many teeth

That is seriously frightening.

Hmmmm now i see why three ultramans had to fight it ^_^;

anyway this monster looks really ugly....thats why its cool :)

I guess I have to give it credit for that!