The Gawain is a very early Robot Spirits release taking over from the In-Action offshoot line that Code Geass figures had been produced under. Originally released in December of 2008, the figure was recently re-released in April of 2013. The Gawain is a very large Knightmare Frame appearing in the first season of Code Geass. The figure is also very large and is in scale with the other Robot Spirits and In-Action Offshoot figures. 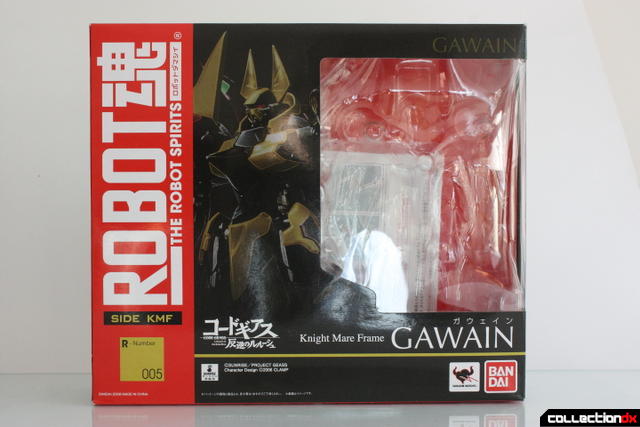 Gawain comes in a larger version of the typical Robot Spirits box. 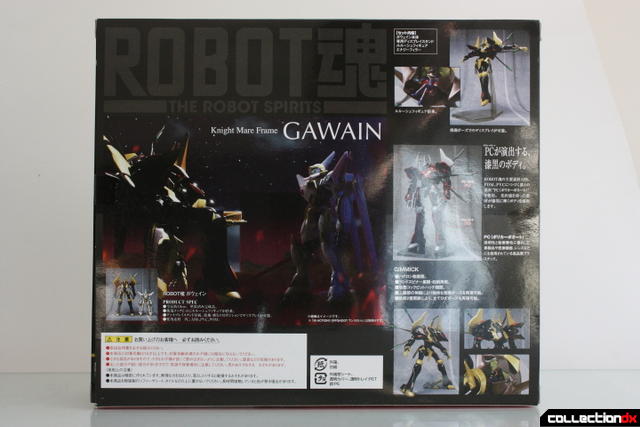 The Gawain comes in a plastic tray with a few accessories and a translucent grey stand.The backpack needs to be attached out of the box. 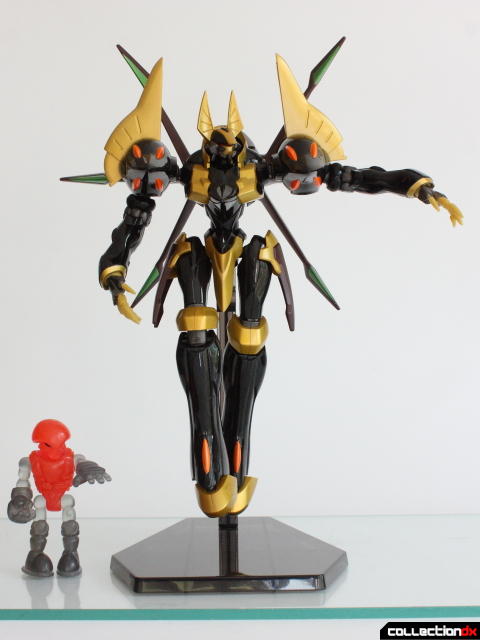 The figure stands 9.5 inches tall. And is constructed mostly of hard plastic. The figure is sculpted very well and features excellent paint. 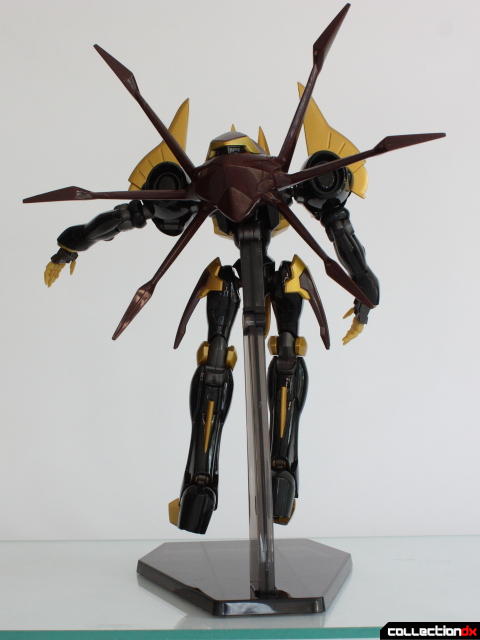 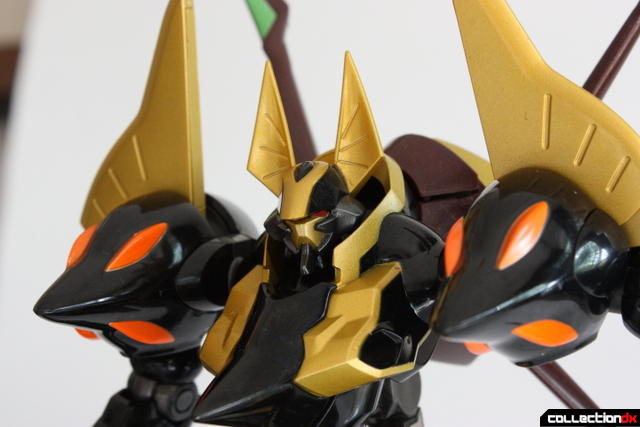 The figure is very Egyptian inspired. The head sculpt is very good and the ears are made from soft plastic. 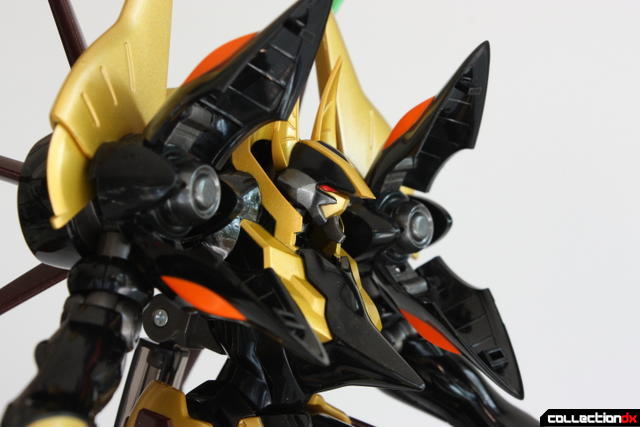 Gawain's main weapons are located on its shoulders. Two large cannons can be revealed my opening the Shoulder panels. 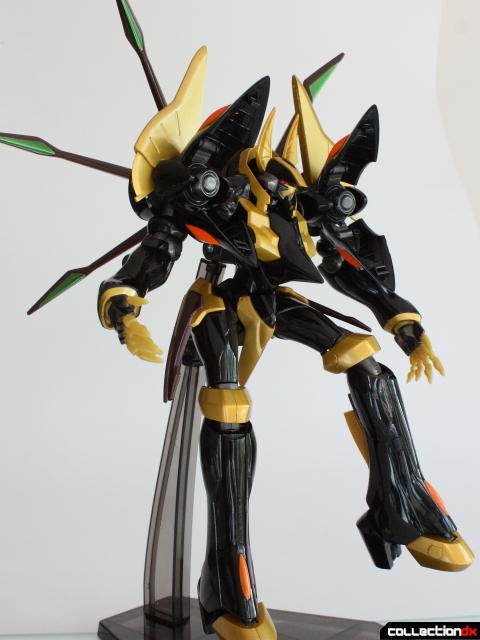 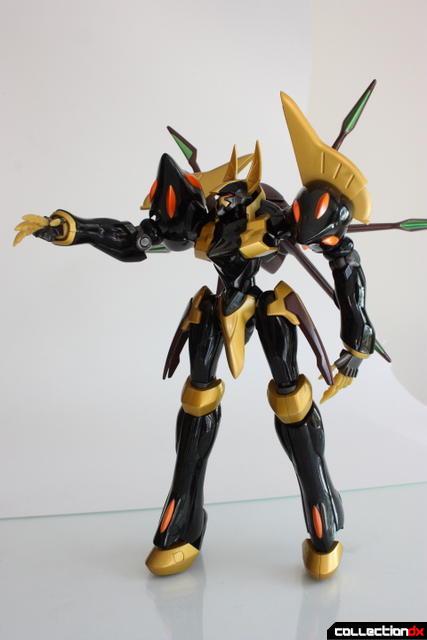 Gawain's other weapon are wire guided fingers which act as slash harkens. Unfortunately there is no way to replicate them with this figure. 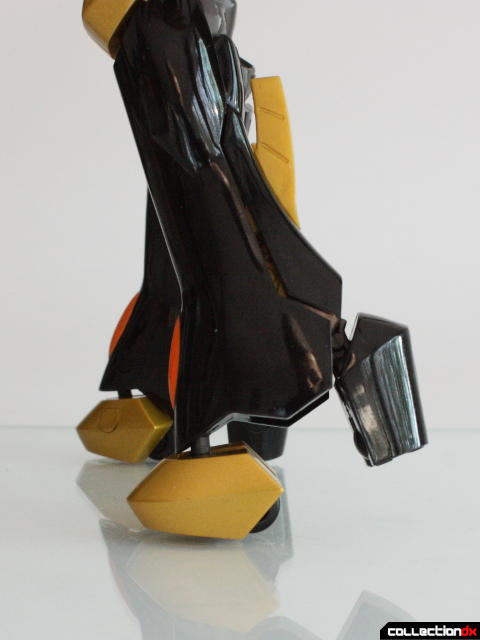 The feet have spinning wheels on the bottom and the toe and heel are articulated. It is possible to have the Gawain stand without using a stand but it is pretty difficult because the figure is somewhat back heavy. 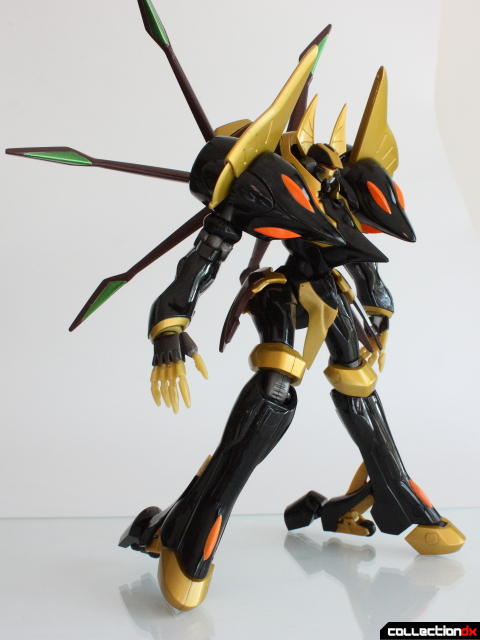 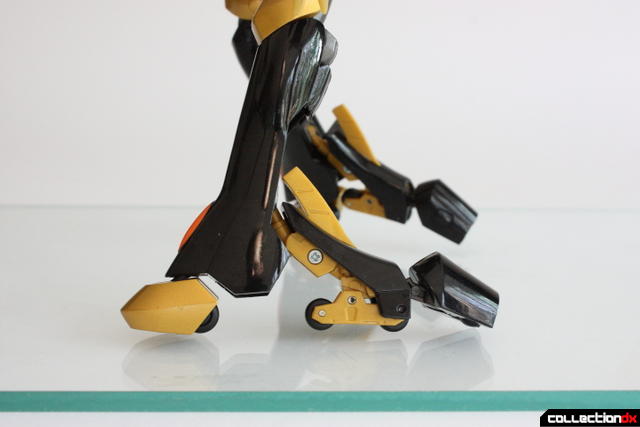 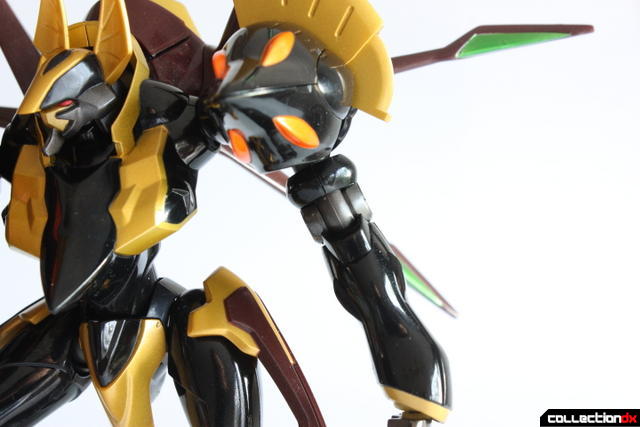 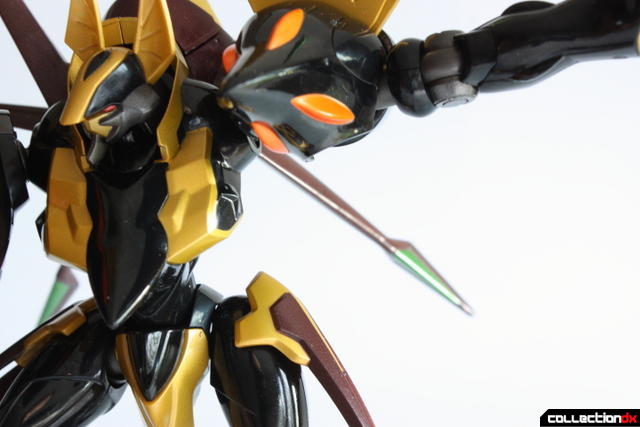 The arms can extend at the shoulder for a greater range of motion. The shoulders also feature a collapsing panel so the arm can be raised higher. The pose-ability of the figure is quite good overall with the knees being a bit limited. There are a range of different joints, some of which feature soft detents. 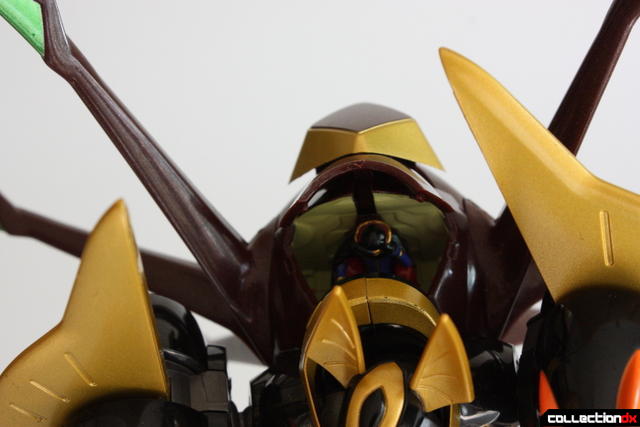 A small Lelouch figure can be placed into the opening cockpit. 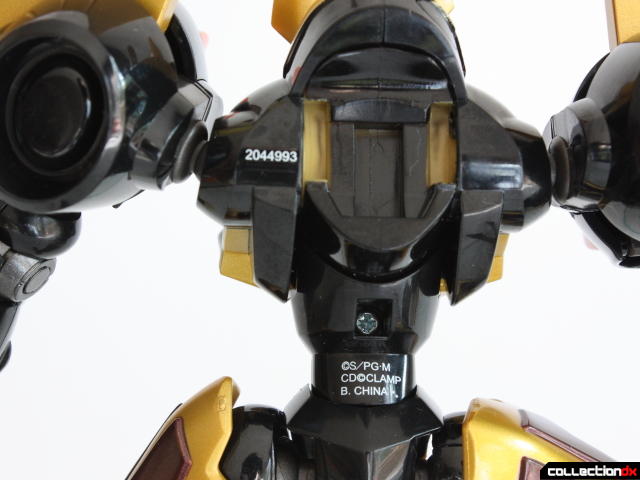 There is no second seat or C.C. figure included. Here you can also see where the included stand attaches. 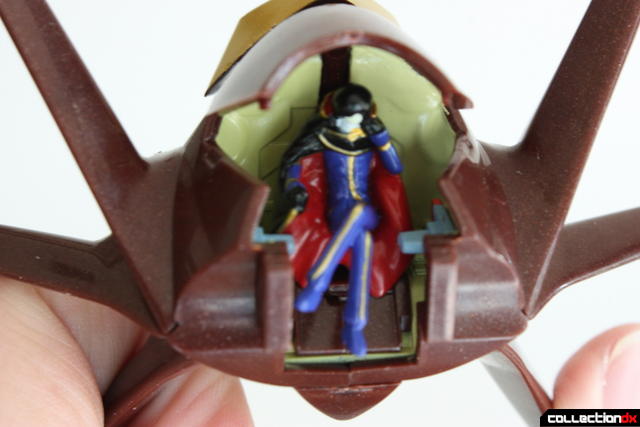 The Lelouch figure is pretty well painted except for his face which is just a white blob. 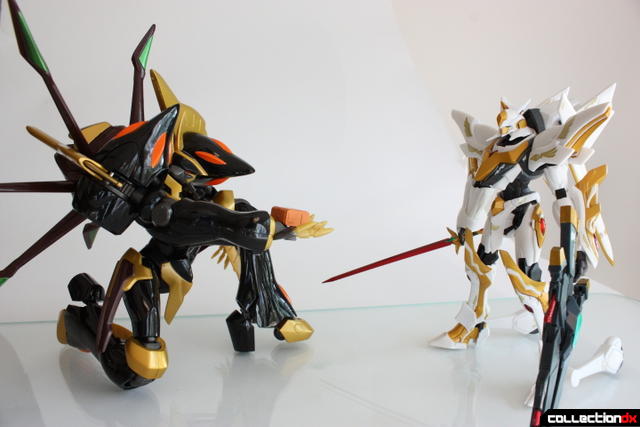 The Gawain also includes an energy filler which used to reproduce a scene from the Anime with the Robot Spirits or In-Action Offshoot Lancelot. I don't have either of these figures so I've substituted the Composite Ka. Lancelot Albion which is roughly in scale.

Overall this is an excellent figure and if you're a fan of Code Geass or the Gawain it is definitely worth picking up. It is very large, well built, and has decent pose-ability.. At 6800 yen its a tad expensive for a Robot Spirits figure but its large size makes up for it.