Rin Kagamine is one of the newer releases in the Nendoroid line (Super Deformed style) by Good Smile. Who's Rin Kagamine? I was wondering that too. Rin Kagamine is a character used in the Character Vocal series software program. Rin comes from AnimeExport.

"The Character Vocal Series is a computer music program that synthesizes singing in Japanese. Developed by Crypton Future Media, it utilizes Yamaha's Vocaloid2 technology with specially recorded vocals of voice actors. To create a song, the user must input the melody and lyrics. A piano roll type interface is used to input the melody and the lyrics can be entered on each note. The software can change the stress of the pronunciations, add effects such as vibrato, or change the dynamics and tone of the voice. "

"Each Japanese Vocaloid is given an anime-type character with specifications on age, height, weight, and musical forte (as in the type of music, range and tempo). The characters of the first two installments of the series are created by illustrator Kei."

"Released on December 27, 2007, Kagamine Rin/Len is the second installment of the Vocaloid2 Character Vocal Series. Their family name was chosen by combining Kagami (Mirror), Ne (Sound), with the first syllables of their given names a pun on "Left" and "Right". They are not actually brother and sister, but are reflections of a mirror. According to Vocaloid's official blog, the package includes two voice banks: one for Rin and another for Len, both provided by the voice actor Asami Shimoda. Despite the double voice banks, the package still sells at the same price as Hatsune Miku. Their only cameo appearance in an anime is in (Zoku) Sayonara Zetsubō Sensei, where the two and Miku (and various other people and characters) try out to be the voice of Meru Otonashi." 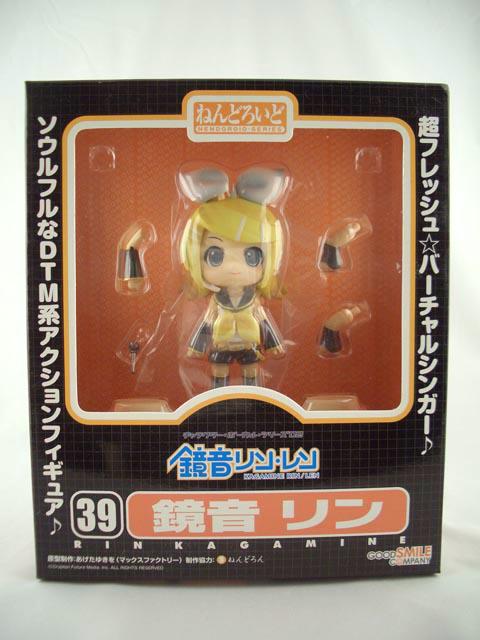 The figure comes in a cardboard box with a window on the front so you can see the figure and all the extra limbs. 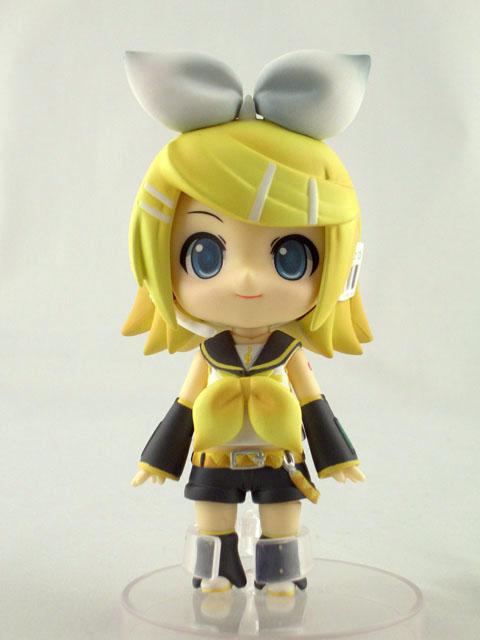 The figure stands about 4 inches tall and comes packed with different limbs and alternate heads to provide a full range of emotions to display the character in. Also included is a blank head and a sticker sheet with different expressions to get just the right look. 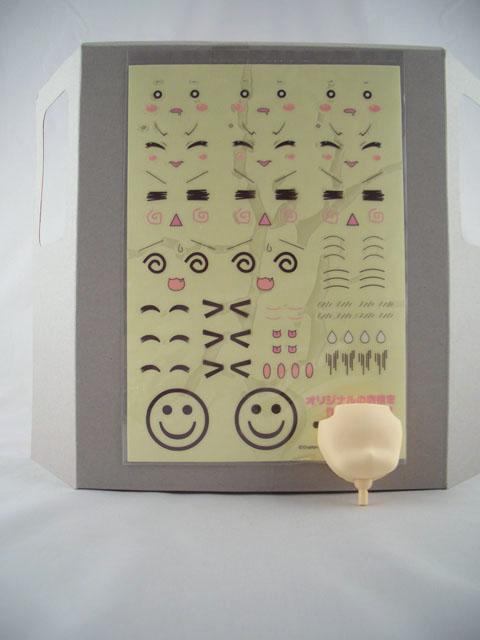 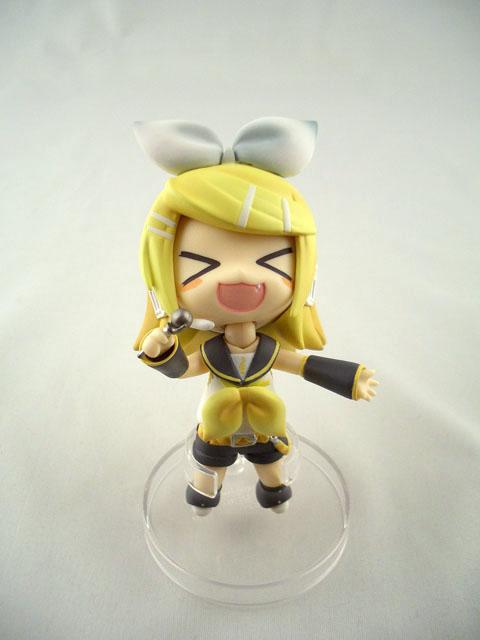 Articulation is limited to the neck, shoulders and legs. Also included in the box is a clear display stand, which you NEED to display the figure in any way, it won’t support its own weight any other way. 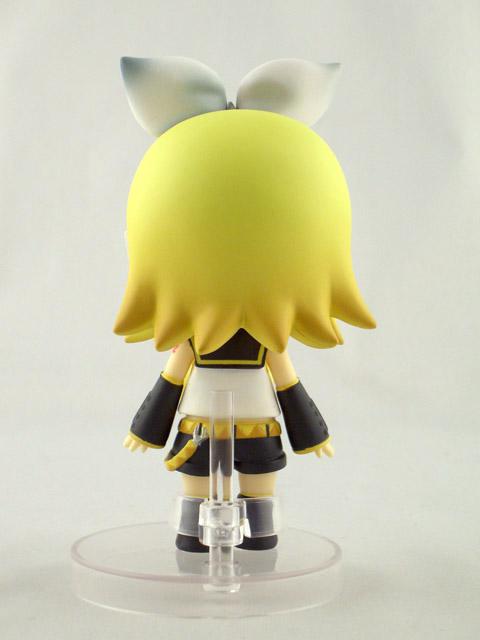 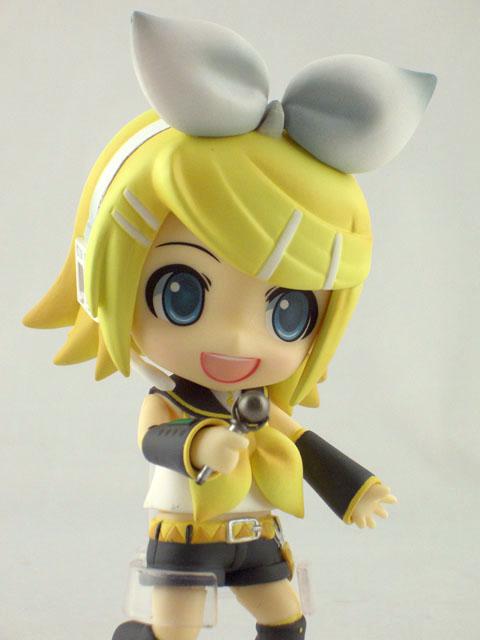 Despite the pop off limb syndrome the figure feels fairly solid and well made with main figure being made of soft vinyl with the joints, accessories and the stand being made of plastic. 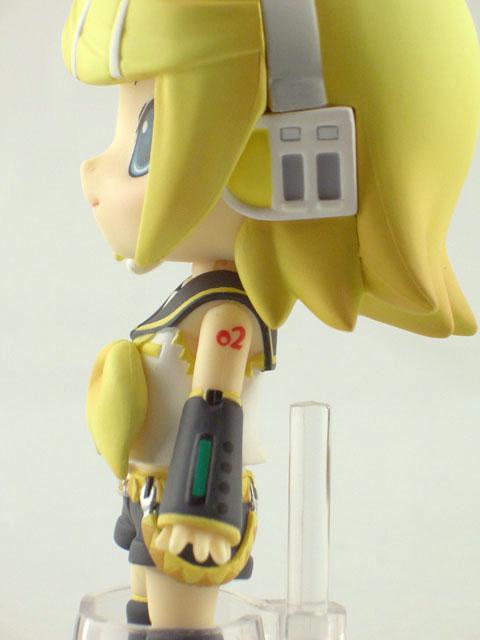 Painted detail is excellent. Every line and detail is flawlessly applied with no over or under spray. 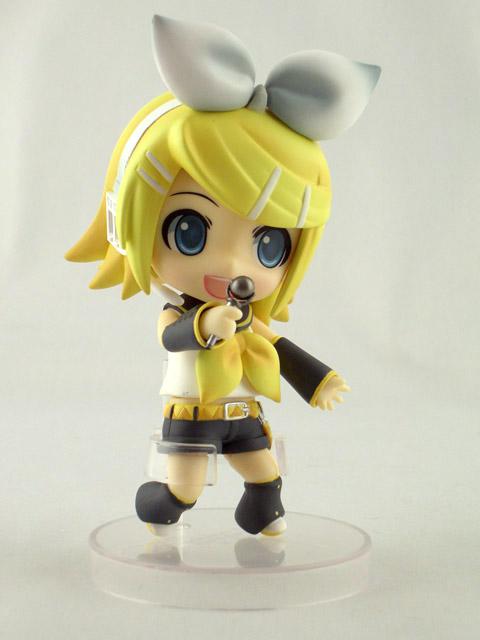 Overall it's a cute figure that fairly well made but I personally do not care for the part swapping, especially for such a simple character design. However if you like the cutesy, super-deformed style of the Nendoroid line and they have a character that you like they are worth a look.

You can get your Rin Kagamine at AnimeExport.