When I first saw the advanced photos of Yamato’s Motoslave a few years back, my first thought was “I can’t believe Yamato’s making a Motoslave!“ My second thought was “That’s just a prototype, right? That can't be the final product.” The Knight Saber figures looked fine, but the Motoslaves themselves were dull, unpainted, and cheap looking. Unfortunately, that’s how they were ultimately released. And while the toys were pretty neat, the lackluster finishes were a real disappointment. But wait! Yamato later released a limited number of Priss Motoslaves with glorious, rich metallic finishes, finally doing justice to the toy and the design. Josh thoroughly covered the first release here. That is the definitive review, but I wanted to show off how cool this one looks. The metallic version comes in a box nearly identical to the original, save for an additional label on the front. 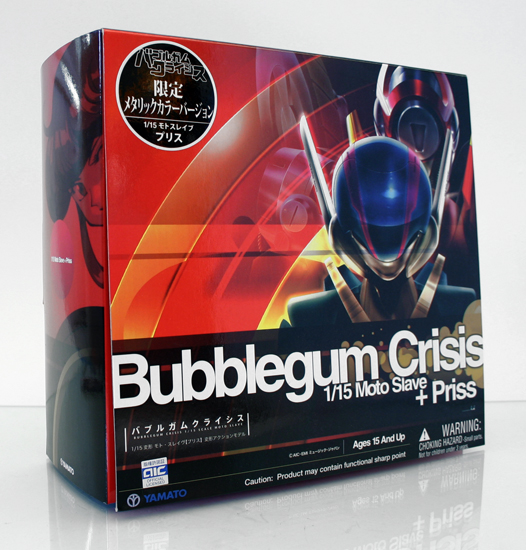 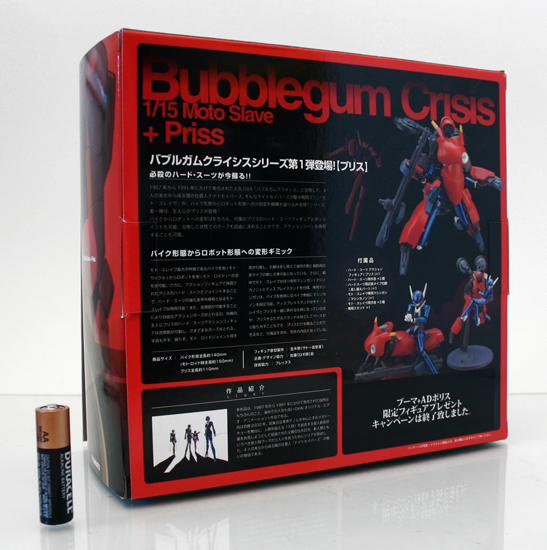 The Priss figure, for better or worse, is unchanged. Her right leg pops off if you look at it. Her high heels prevent her from remaining upright without a stand. Articulation is woefully limited, though the finishes are sharp. 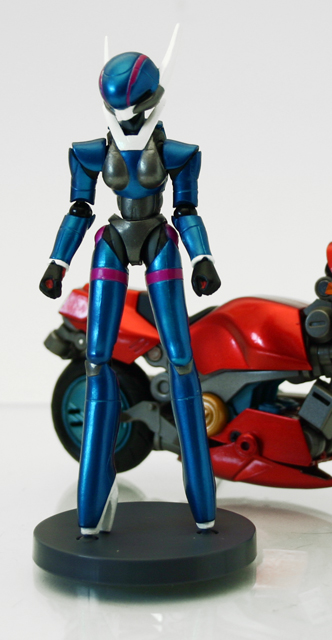 The Motoslave is packaged in its motorcycle form. It is a looker. The metallic gloss paint looks like a proper automotive finish. Everything just pops. 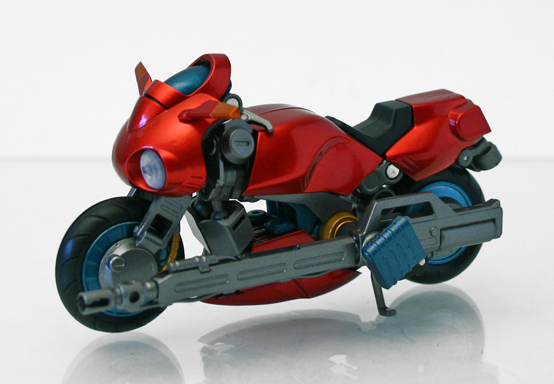 Priss can technically ride the bike, but my attempts to put her in an actual riding position resulted in disintegration. This toy is touchy, pretty but temperamental. 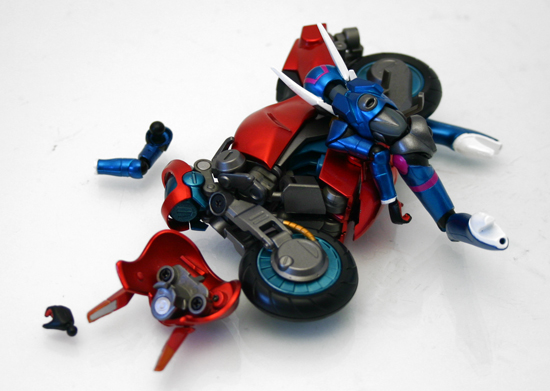 I settled on a more relaxed pose. 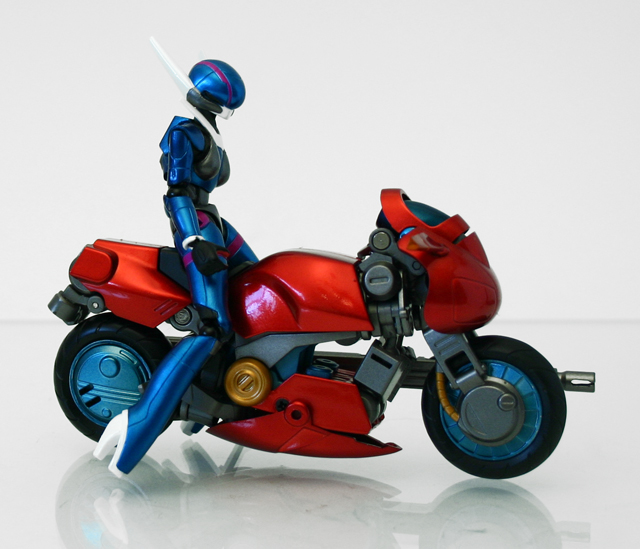 Yeah, the figure’s okay, the bike’s cool, but the reason this thing exists is the ‘Slave itself. The transformation is tricky. The movement tolerances are tight, and everything needs to be just so before it works. It’s a satisfying process, though, particularly when you see the final product. 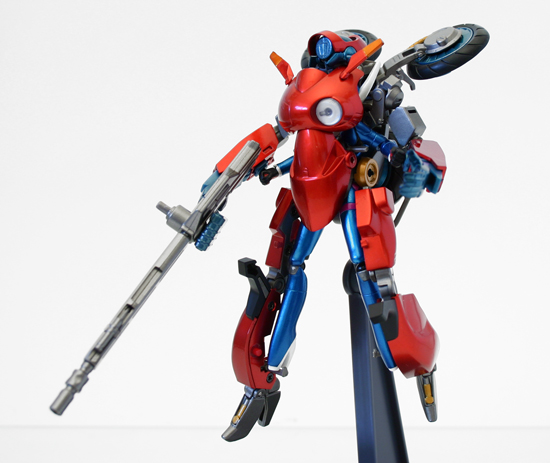 The Motoslave feels more like a hyper-complex Studiio Halfeye kit than a typical Yamato toy. The intricacy is fantastic, and the paint apps bring it all to life. Everything is painted, even the mostly unseen framework. 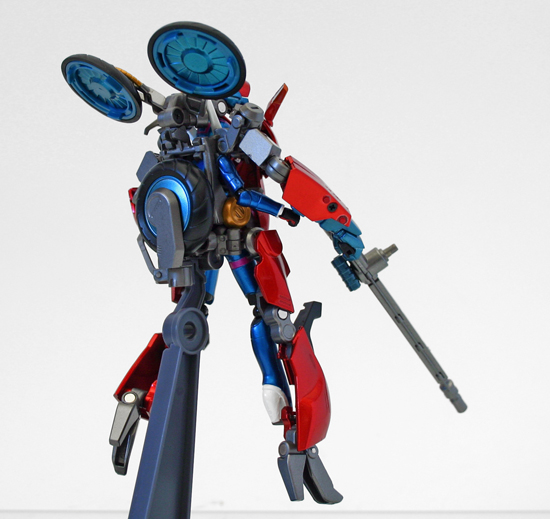 The stand is entirely necessary. The Motoslave also favors high heels, and its weight is unevenly distributed. Priss fits into the armor just fine, but her legs cannot reach the foot-pegs. The legs never really work together. But who cares when it looks this good? 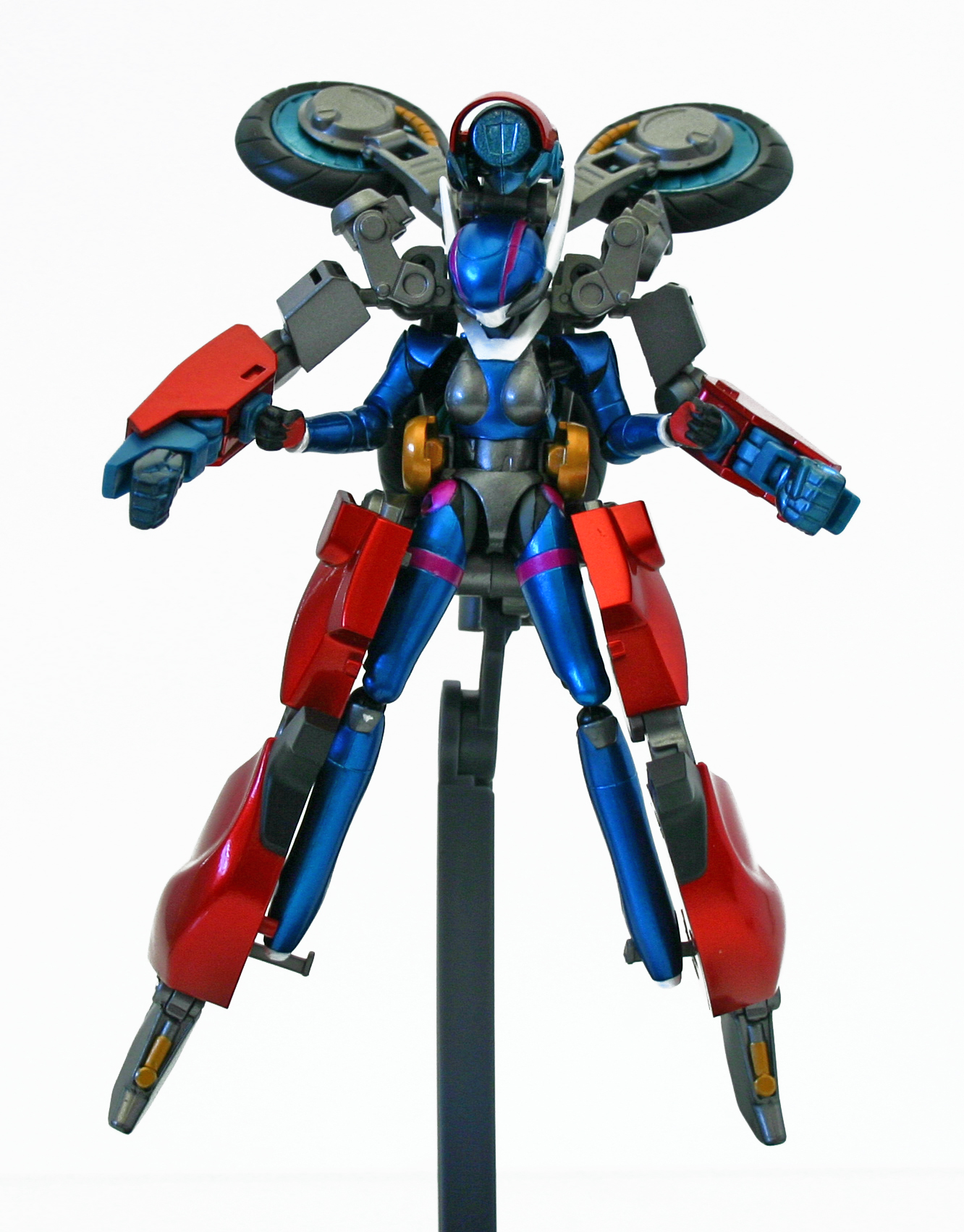 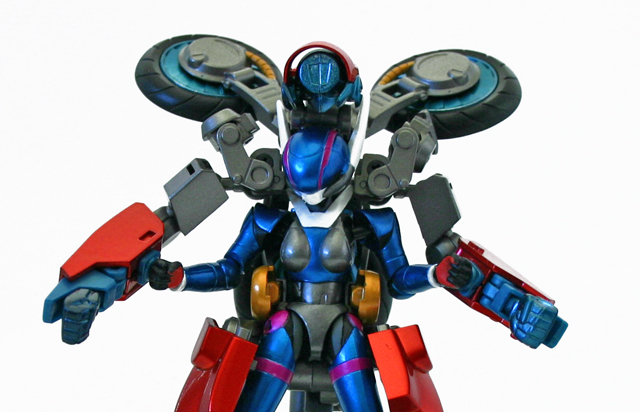 Posing is not exactly easy. Remember that cool, iconic pose on the back of the box? The one where the 'Slave is holding Priss? 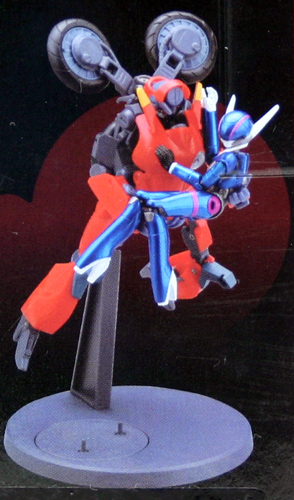 Yeah. Not so much. 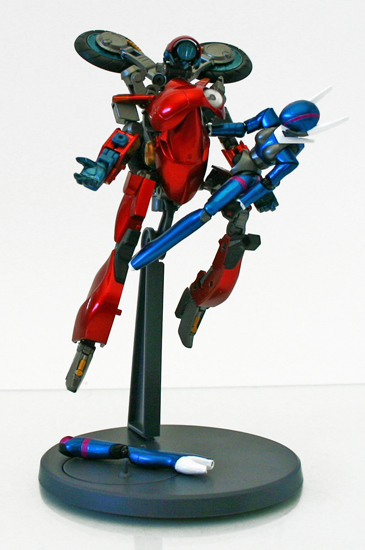 But, again, beside the point. The Motoslave can operate on its own to team up with Priss. 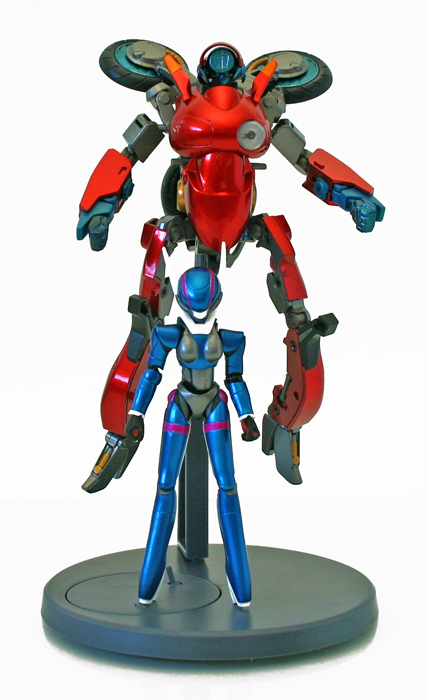 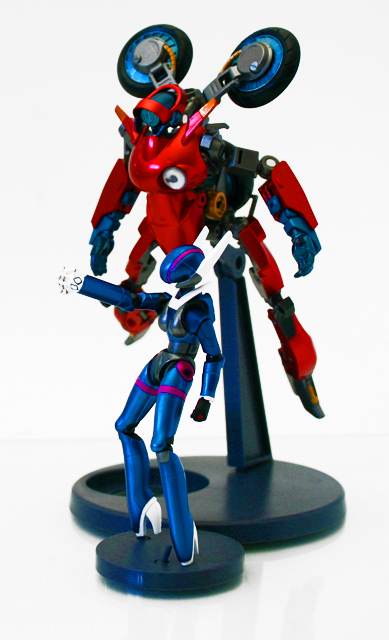 This is probably the best repaint of all time. If you like the original, this is essential.

Great review. I love the honesty. You obviously like the toy's look, but aren't hiding the delicate nature of it. Those "fail" shots are classic.