Molly comes from the anime "Oban Star Racers", a joint collaboration between a Japanese and French anime studio. The series centers around a competition called the Great Race of Oban, an intergalactic series of races.

The Earth team is led by Don Wei, a cold-hearted team leader who abandoned his daughter at an boarding school years ago after the death of his wife.

That orphan is a girl named Eva. She escapes the boarding school to be with her father, but upon arrival Don Wei does not recognize her. She makes up the name molly and joins the team as a mechanic.

At the beginning of the races, the Earth Team's star race pilot Rick is seriously injured. Molly fills in as the replacement pilot, and from then on is the pilot for the "Whizzing Arrow", the Earth Teams Star Racer. Molly then tries to earn Don Wei's respect, while he has no idea she's actually his daughter.

All of this is framed within the scope of the Great Race of Oban - A contest in which the winner gets one wish - for anything. The Earth wants to use the wish to stop the war, but the real prize is far greater than anyone could imagine.

Oban Star Racers is an amazing series. The story is grand in scope, the characters amazing, the style and art direction uique and remarkable. The look of it reminds me of a mix between Miyazaki and Moebius.

If I had a toy company, I would make toys of this show. I would have promoted it better, because I think this show never got a fair shake. I think it was pushed into obscurity by being on the ABC family JETIX channel, and because of that, it never found the audience it deserved. I would have killed for action figures and vehicles from the show. It's a shame when this show doesn't get toys but shows like Storm Hawks and Code Lyko do.

Thankfully, Muttpop stepped up and made a figure from the series - the titular character - "Molly". So it's not an articulated action figure, but it will have to do.

The box is a nice solid cardboard, but you cannot see the figure inside, which makes impulse purchases difficult. The art and design to it is really top notch. 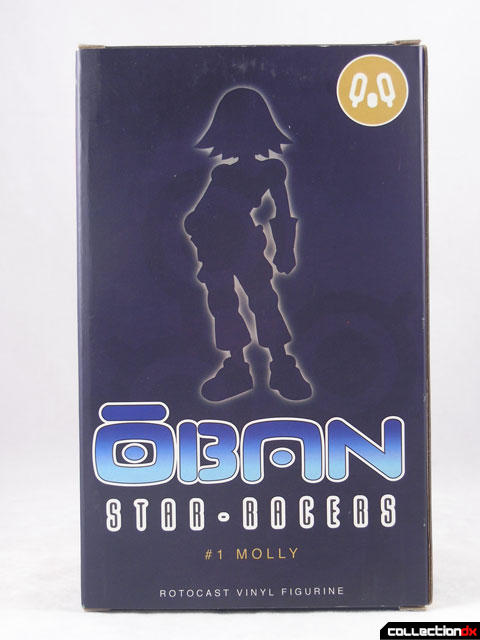 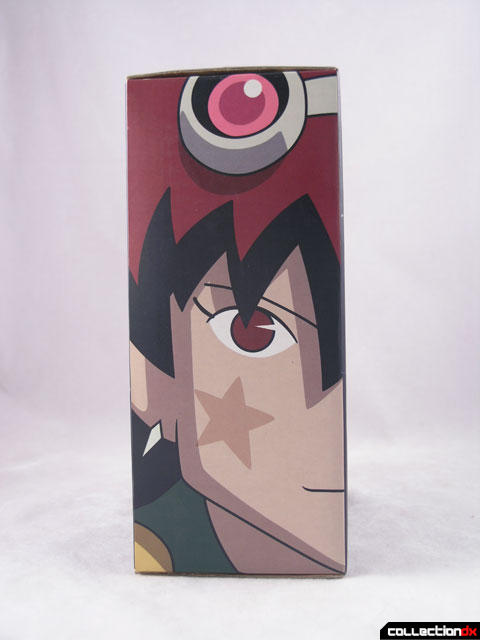 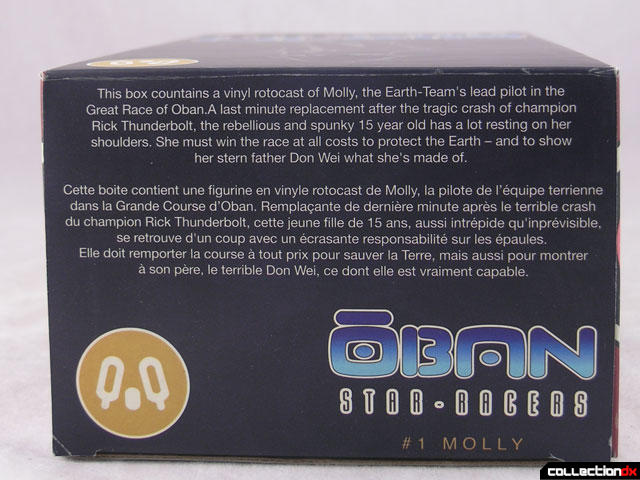 Fortunately, the sculpt is pretty good. Molly is 7.5" tall and cast in soft vinyl with a bunch of different matte paint applications. The only articulated parts are the head and one fist. 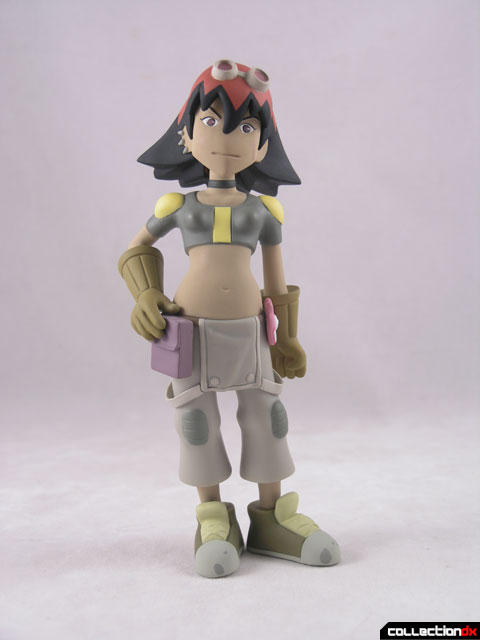 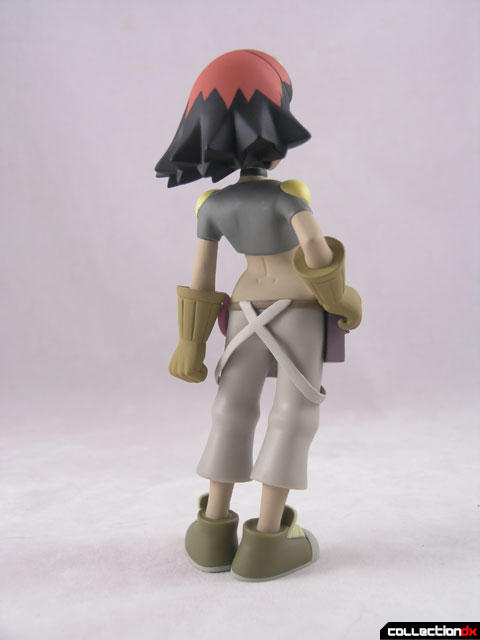 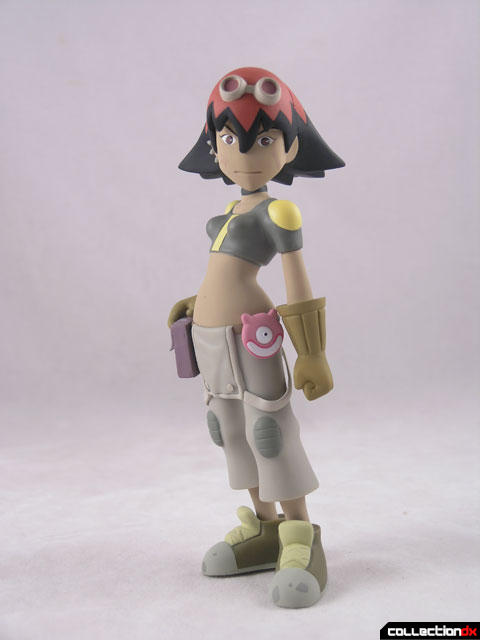 You can tell several of the parts were molded separately and glued on, such as the music player on her hip, or her suspenders that hang low. 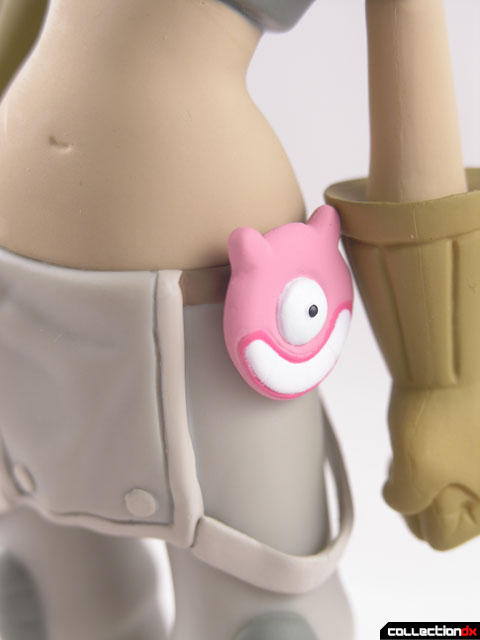 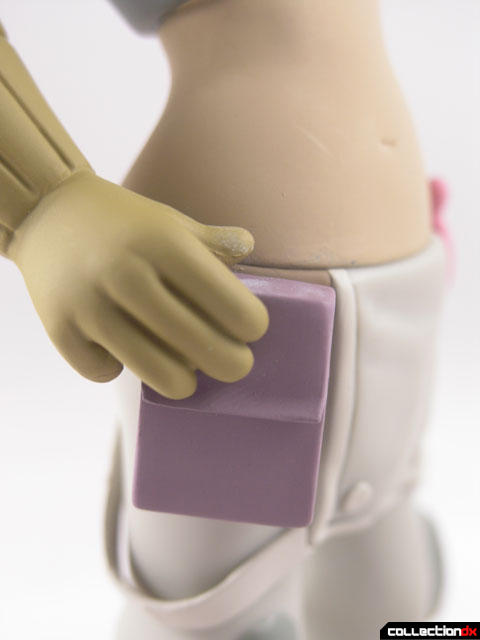 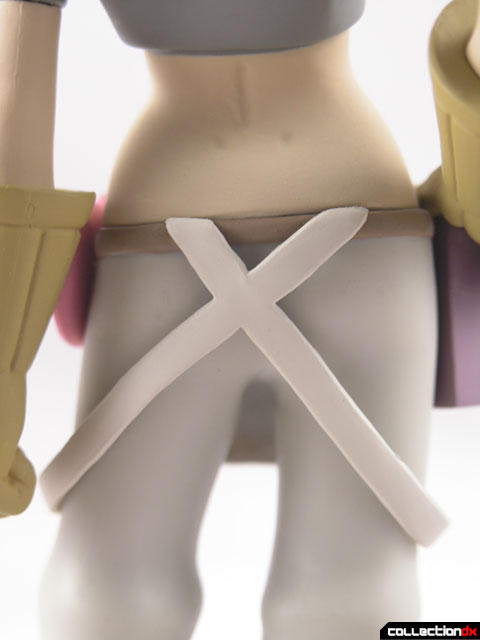 Molly's expression is a bit stoic, which I think does her character an injustice. She is full of life and energy, god and bad, and this expression is just kind of "meh". The face has no nose, but that is how the characters are in the show. 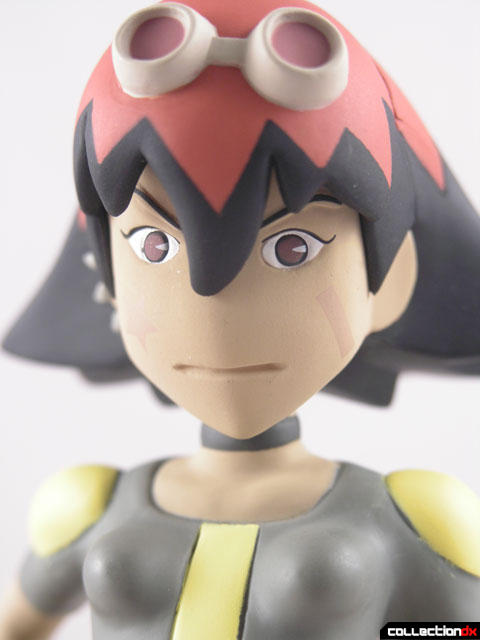 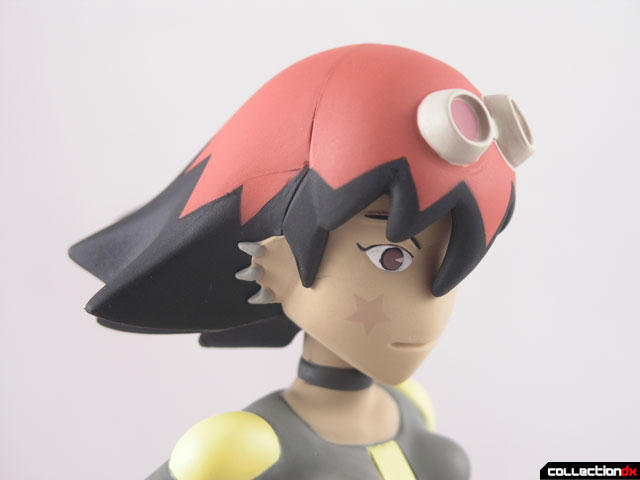 Oban Star Racers never found its audience, at least in the US, which makes chances of seeing more characters from this line pretty slim. Muttpop also released other color variants, including a black, pink and yellow version, but none as interesting as the anime-accurate verson. 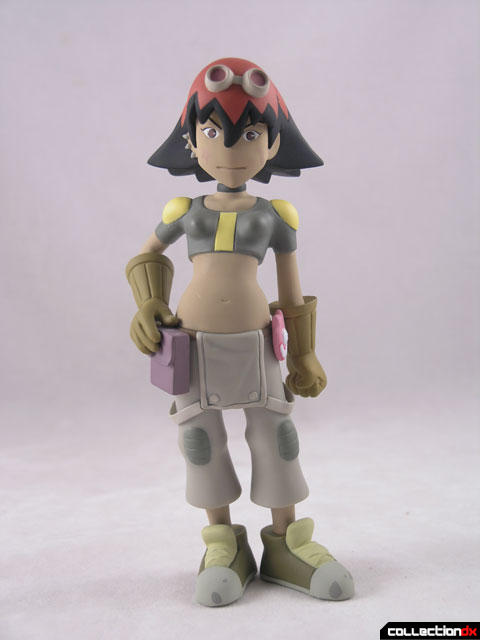 8 comments posted
I have to agree with you

I have to agree with you Josh, OSR is a great series, one of better frenhc-japan co-productions and mentioning it in the same breath as Ulysses 31 isn't an overstatement. Simply love it and wonder why US audience didn't like it.

The figure itself is pretty cool, though it's agreeable that her facial expression isn't the best since Molly is like a volcano in the series. I think it would be a nice touch if her custom painted Whizzing Arrow was included as a mini figure, but oh well, still cool :)

I thought about putting this on acdx, but it's not very moe-like, and its more of a designer vinyl than an anime figure.

1. that's not the criteria, and 2. on your site you can tell me where to put it.

Heh- well, you're the boss, boss, of course!

I don't think there is any real criteria, since many toys that fit both the main section and acdx end up here, I'll skip the examples for now. Not to choose sides here, when we have toys that are based on obvious co-productions that aren't easy to sum up as anime or western animation, it should be up to the reviewer in which section he wants to set his article up. Not many toys have such a problem, so this seems a good idea if you ask me.

There's something very pedestrian about this character's design, and that of the rest of the show. Seems like avatar and pokemon congealing into one modern glutinous CG gravy.

It is interesting that it is a french and japanese co-production. Those who are interested in such things should look at The Mysterious Cities of Gold, an older france/japan animation pairing. The whole thing seems to be on hulu.