MMS Type Fighter Asuka comes from Wave 8 of Konami's popular Busou Shinki action figure line. MMS stands for Multi Movable System, and is a body style created by Masaki Apsy that is used with other toys in addition to Busou Shinki. 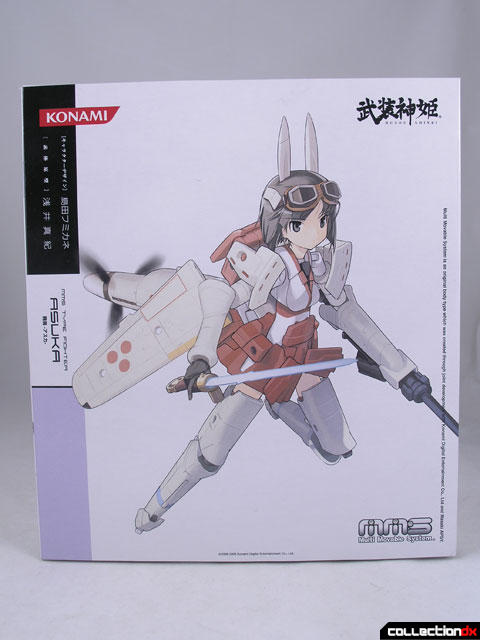 The main idea behind Busou Shinki is that these toys are 1:1 scale representations of armored fighters that combat in the free Japanese MMO Game called Battle Rondo. In it, you can unlock characters with special codes that come with the figures, and make them do battle on-line. It is a cool concept, but it's all in Japanese - a big barrier for most of us. Still, the figures themselves are very cool. 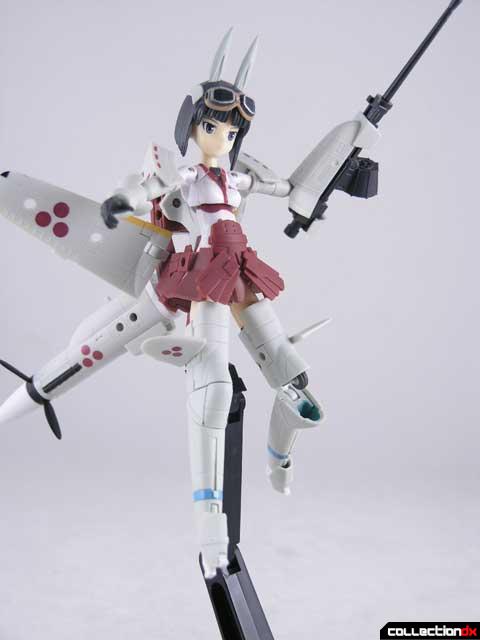 Different Busou Shinki figures are designed by different renowned Japanese artists, and the Asuka figure was designed by Fumikane Shimada, who also created the Mecha Musume series. What is it about armored girls that get the fans all worked up? I dunno, but I like it. 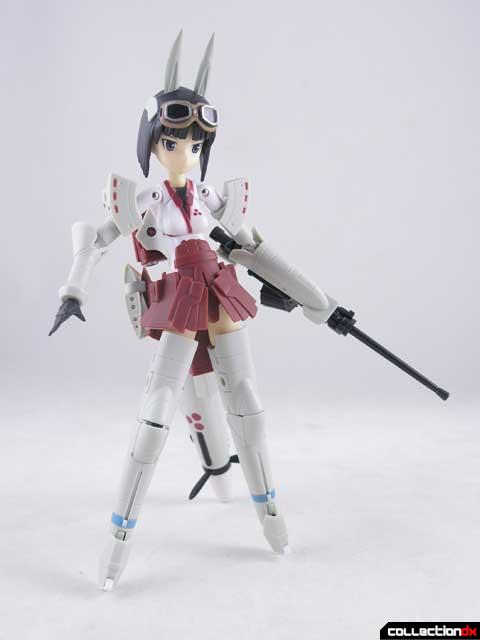 Asuka is a Fighter type Buso Shinki figure, so all of the parts included with her look like they came from a broken up German fighter plane. When Asuka is fully armored, she sports wings, bombs, a propeller and even landing gear on the legs.

The box is a book-style box with a velcro flap. Inside there are clear plastic trays with TONS of accessories. 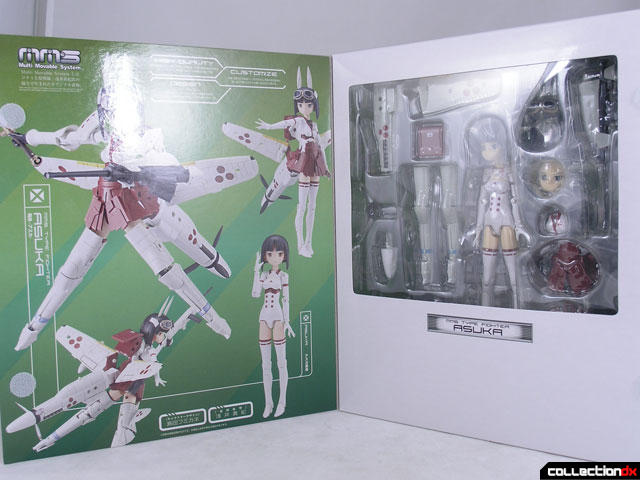 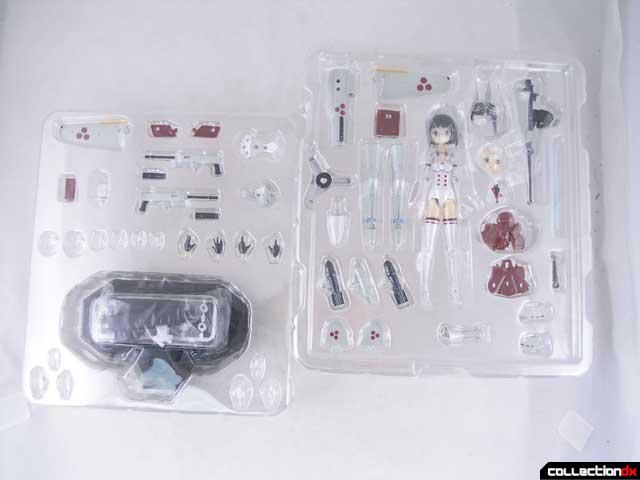 The basic body is slim and frail looking, but the figure is sturdy and poseable - moreso than either the Figma series or the Fraulein series, its two main competitors. Limbs can be removed, added on to, and reconfigured in any number of combinations. They have even included various faces and hairstyles. Really, there are almost too many accessories to talk about. 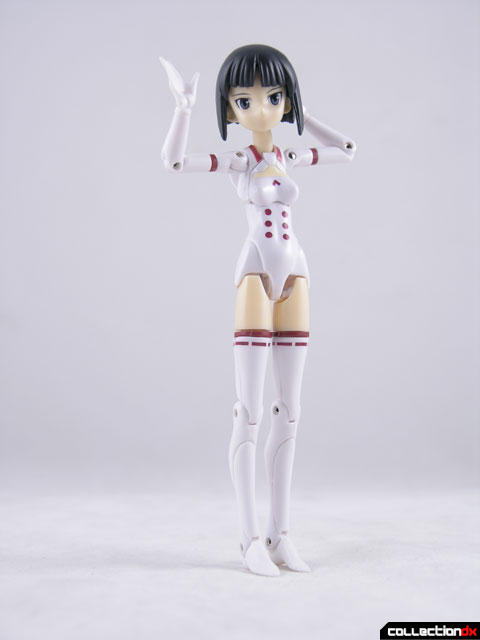 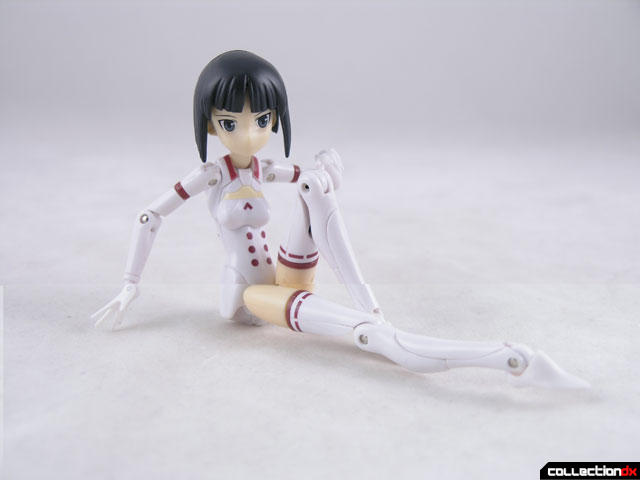 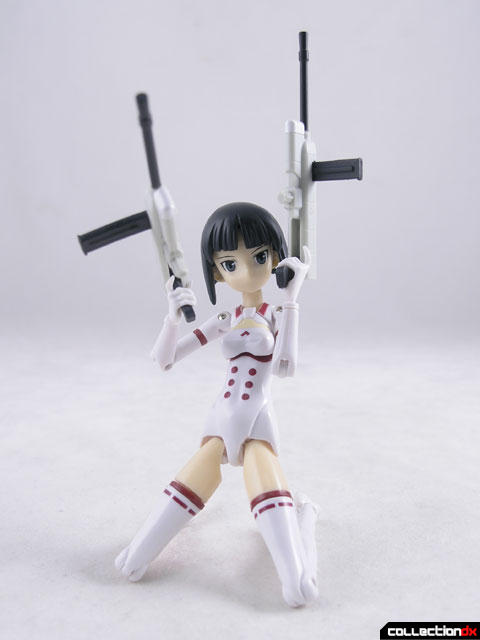 The fighter parts are highly detailed and feature multiple connection points. You can make the design shown on the box or you can mix up the parts to make up your own original creations. Konami includes new connector parts to enable you to push the boundaries of the possibilities. 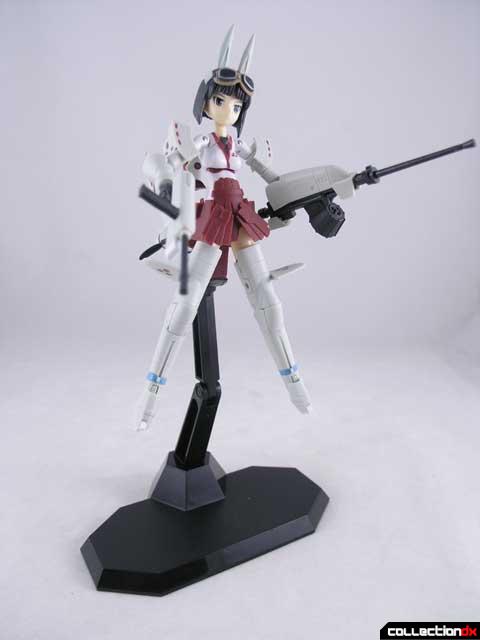 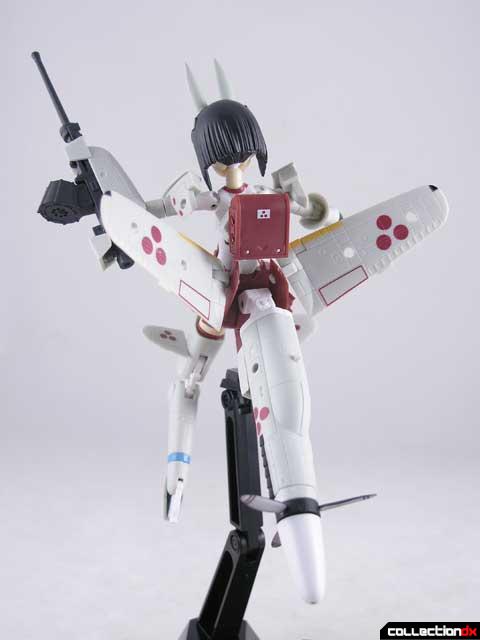 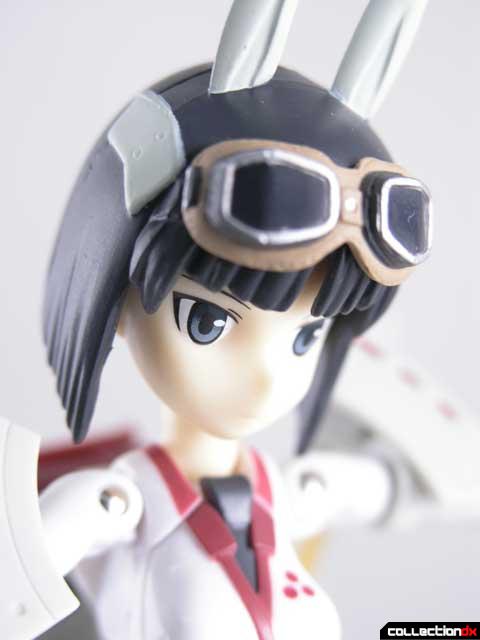 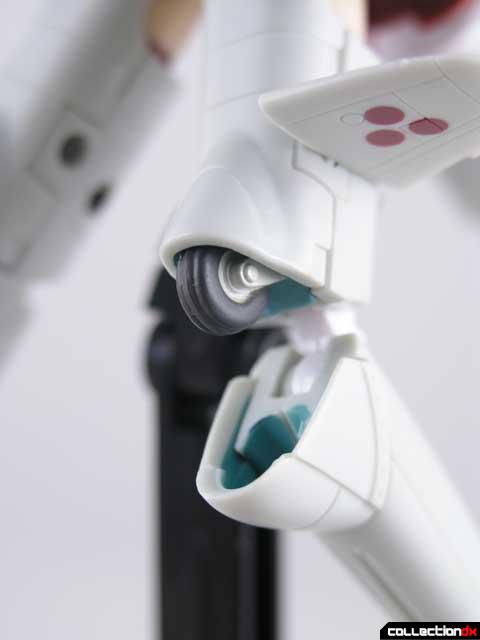 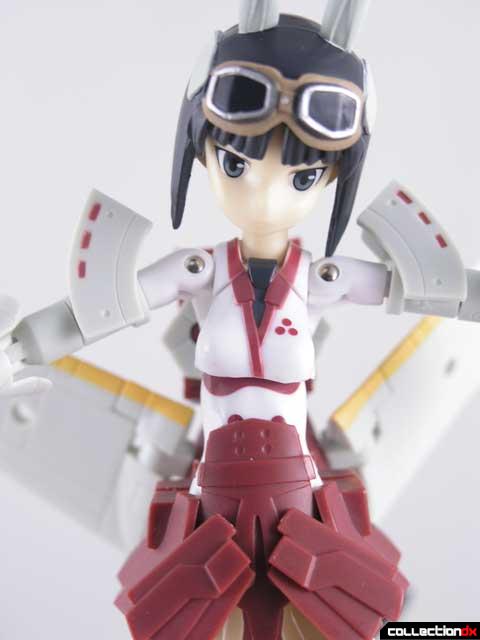 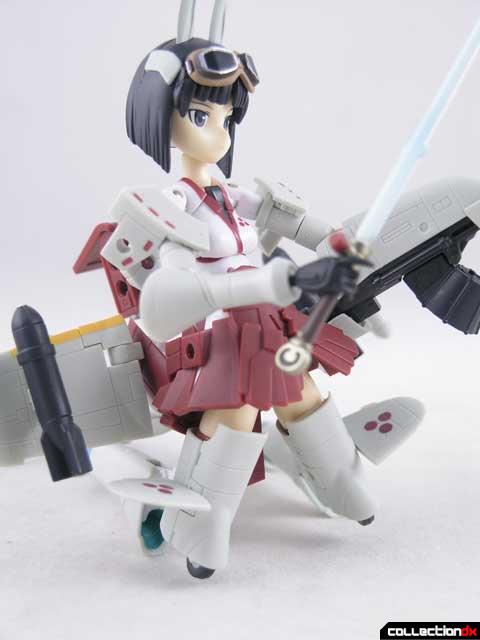 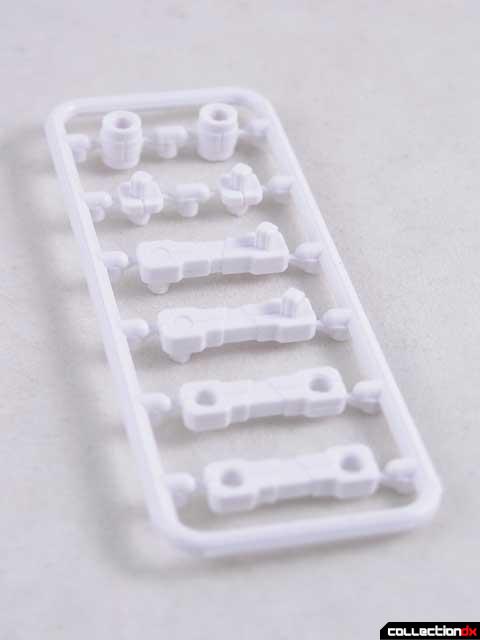 A stand is included, and it attaches to the back with a dual peg system. The only flaw I can find with this figure is that when placing the figure on the stand with the armor on, the skirt armor has a tendency to pop off. 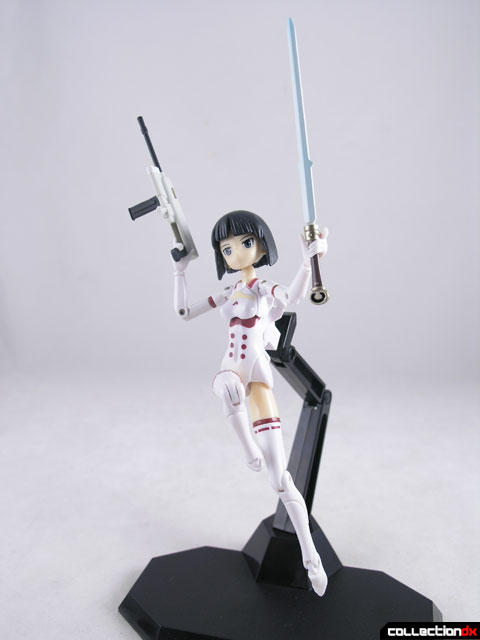 If you want the definition of play value - look no further. The Busou Shinki line features figures with endless combinations, and even a whole interactive on-line element. Check out some of these original creations. I had waay too much fun with these. 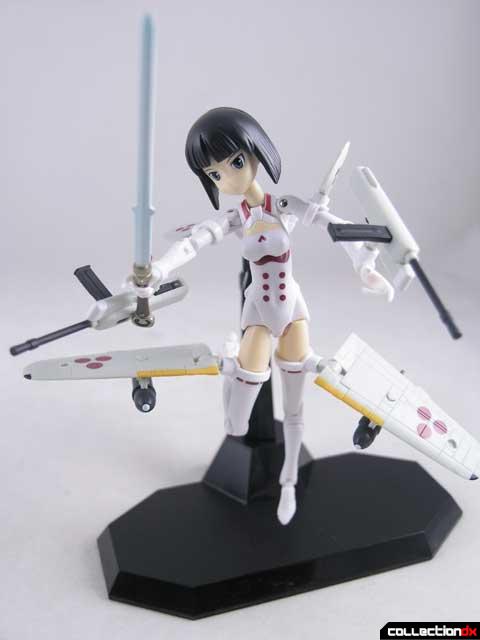 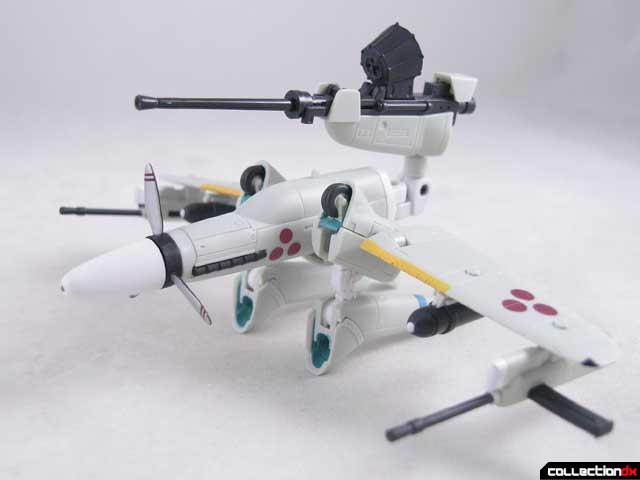 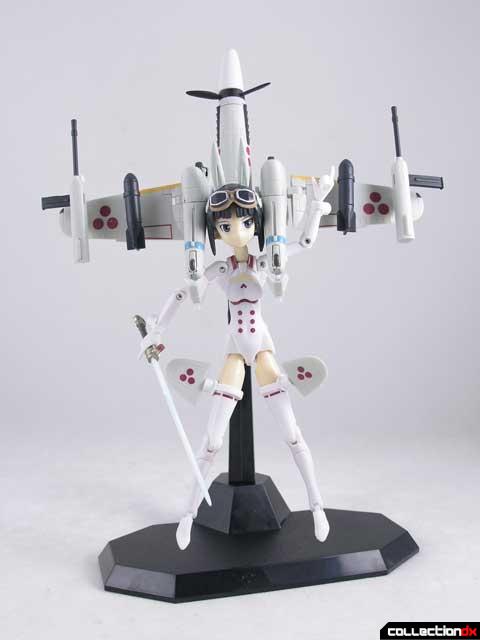 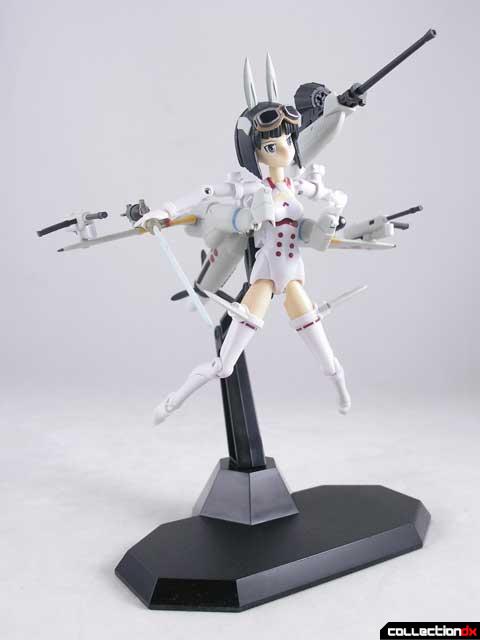 thanks for continuing shinki figure review.
I recently started collecting this series.
and I am loving it.

Moe meets WWII, Japan will do anything to try and rewrite history.

looks awesome but... I get the felling its onto to be displayed since those joints look very fragile to me

I saw shinki figures in my local hobby store. I sold at 30$ a piece. But knowing it's original price, I interested in having one myself.

From a pure design standpoint, I'm really loving this figure. The entire bio-mechanical aspect reminds me of the film 'Tetsuo: The Iron Man.' And the propeller coming out of the back is incredible. It's been a while since I've been attracted to an action figure for pure display possibilities...I kind of want to get it...but the concept of owning a Moe figure is rather...confounding...

Anyhow, great review, Josh - Thanks for destroying the fragile balance of my collector's conscience.

As I've come to understand it only recently, isn't moe a consistent and unwaivering fascination with a young character beyond the context shown in their respective media?
------------------------------
CollectionDX Staff

Moe isn't necessarily about being underage, not as I understand it anyway.

And about Japan rewriting history, yeah, they need to do a better job of lying about things as they happen. ;)

I was under the impression that moe is just for cutesy, frail, females, no?

that's always been my understanding

I agree...sorta. It's my understanding that age isn't necessarily implied in "moe", but c'mon...if not for the barest hint of boobs, this character (and pretty much all loli/moe/whatever characters) could be prepubescent boys. What does that have to say about the genre?

But, hey, if you like these action figures just as cool and interesting toys (like in this review), then that's fine. It's this whole subculture of otaku who are fascinated with these sorts of characters that skeeves me out...