Mina Tsukishiro is hard to explain, but I will try my best.

In 2005 there was a Japanese Television drama called “Densha Otoko” which means “Train Man” in Japanese. The story centers around a lonely Akihabara Otaku who manages to rescue a damsel in distress on a train at night. From there he posts his experiences on a Japanese message board, asking for help in how to react when the woman wants to thank him. This leads to a fantastic string of events… but I won’t go over the whole plot here.

What you need to know for the purpose of this review is that in the Drama, the main character Yamada is obsessed with an anime called “Getsumento Heiki Mina” or “Lunar Rabbit Weapon Mina” and it’s main Character, Mina-Chan.

To me, Mina-Chan is the epitome of Moe – that cute but sexy attribute that is now the norm in Japanese anime. The opening credits of Densha Otoko mimic a legendary short called Diacon IV and in it Mina-Chan flies around much like in the original, set to the same music as the original.

So why then, does Mina-Chan have carrots sticking out of her ass?

Well, the meta character gets a little more meta. Following the success of Densha Otaku, and the fan’s reaction to the Mina character, Getesumento Heiki Mina got its own anime series in 2007, featuring a whole cast of characters with vegetables attached to their derrieres.

It is from this animated series that this toy is from. Sega also made other figures from the line.

This is essentially a prize toy, made out of PVC and ABS. I doesn’t do anything, it just sits there and looks cool. But then again, that’s what these things are for, aren’t they? 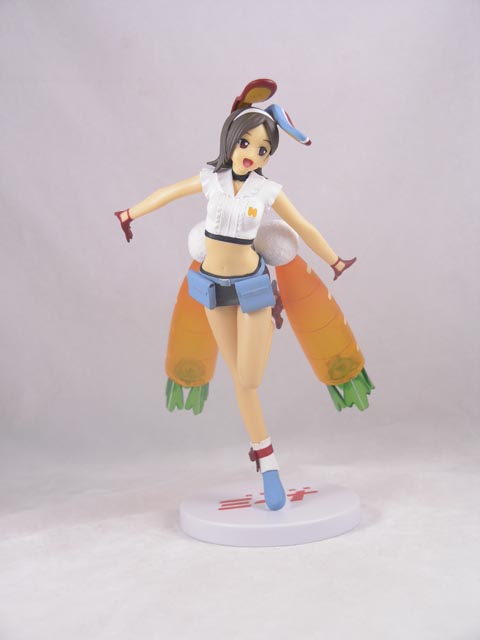 The figure came on a blister card with a rope hanger, presumably for the crane to latch onto in the game. 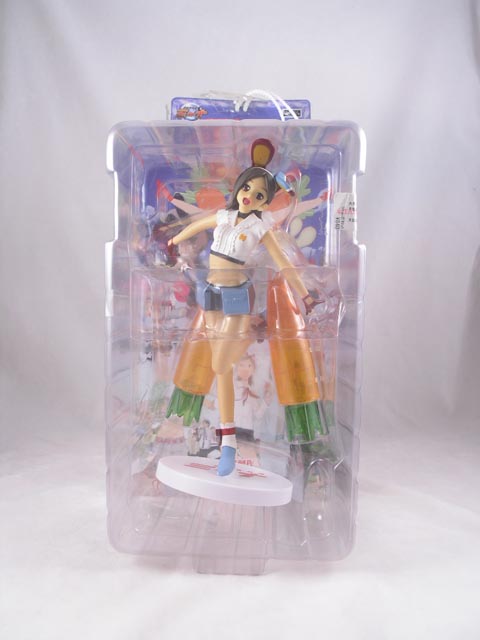 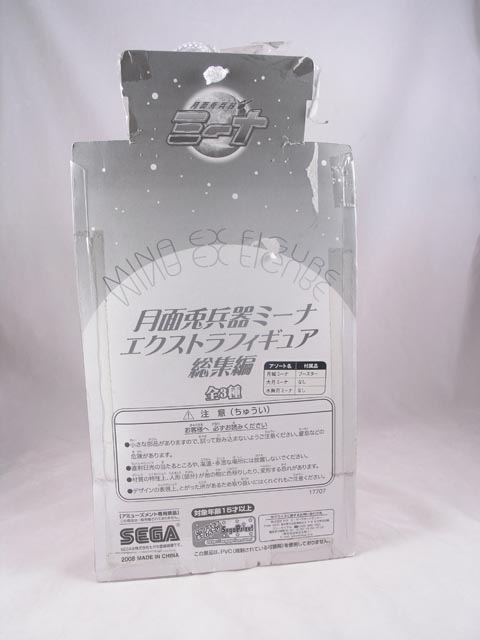 I got mine at Mandarake in Akihabara - kind of fitting don't you think? 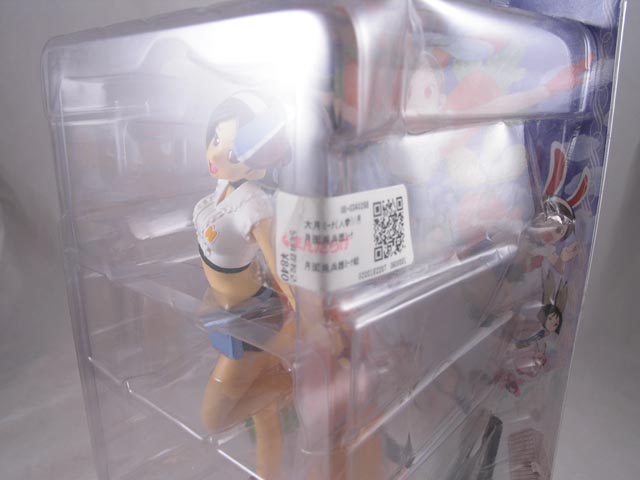 When you remove the figure there no assembly - the figure is already attached to the base in a flying pose. 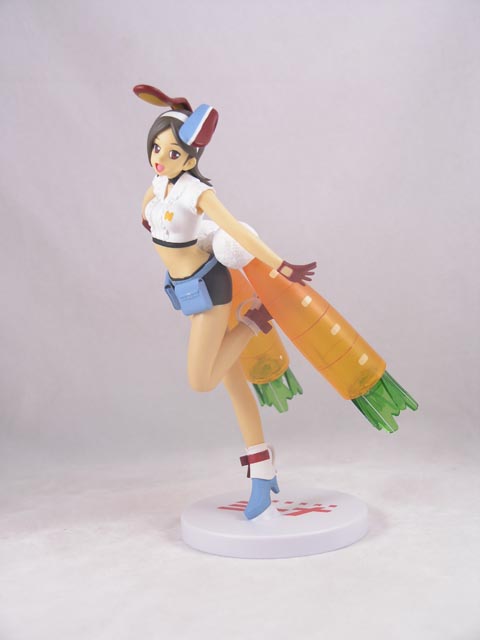 Plastic is high quality PVC and abs, the paint is great also. These things are a steal for the 100 yen coin you put into the machine to get one. I guess Sega makes up the cost for the hundreds of people who try to get one and fail. Then you get jerks like me, who just buy them secondhand. 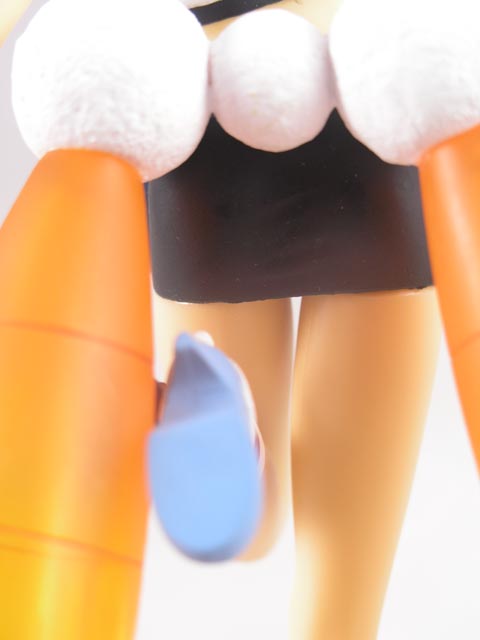 Mina-Chan's most prominent feature are the two large carrots attached to her hind quarter. These carrots are actually all-purpose battle weapons, that can morph into different weapons. Ironically, the character of Mina hates carrots. 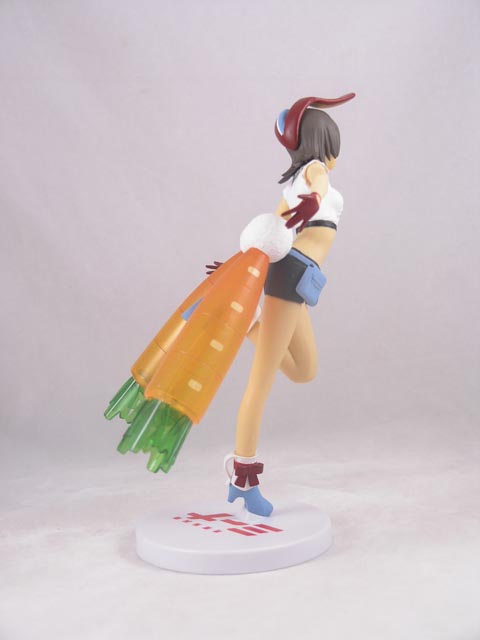 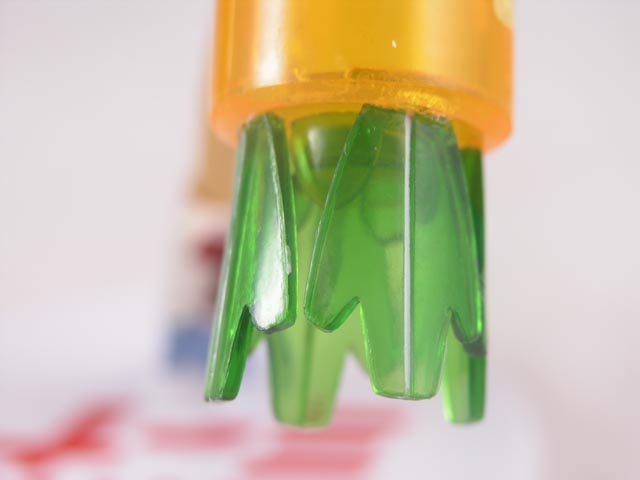 The carrots are molded in nice translucent ABS plastic, creating a nice effect. 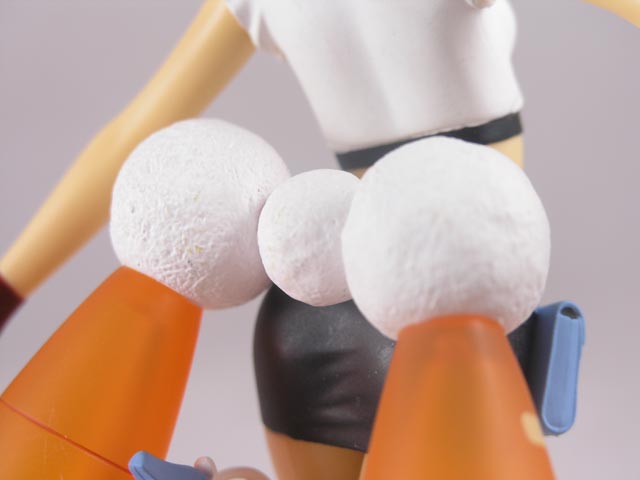 The paint detail is fantastic for a prize figure. 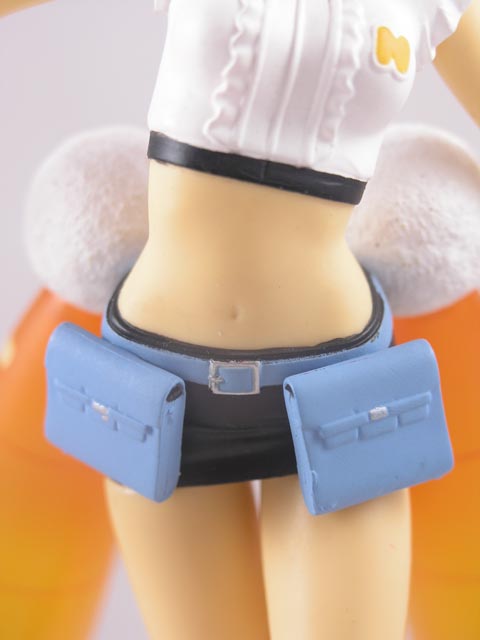 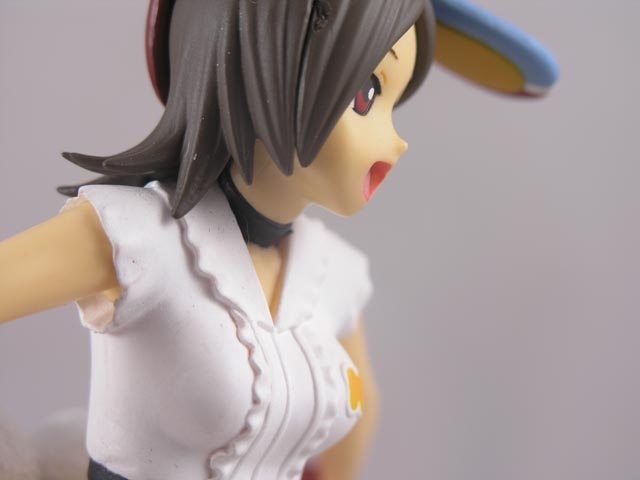 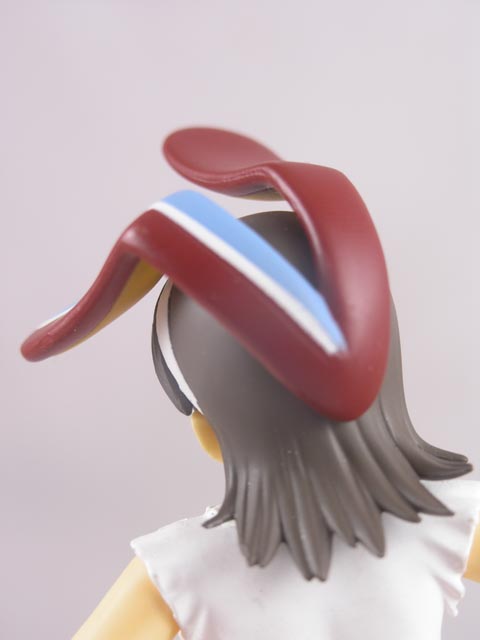 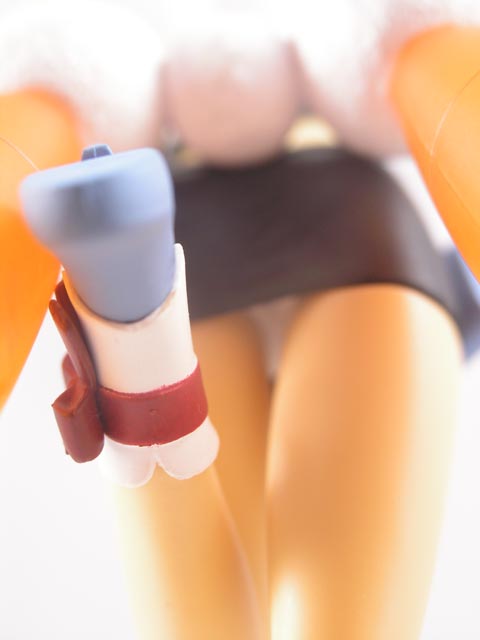 One thing I like about Mina is that she is just so happy and innocent looking - it makes me feel good. Is that what Moe is all about? 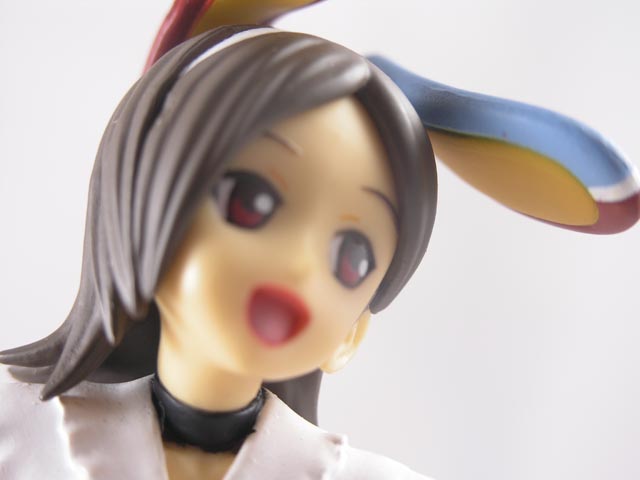 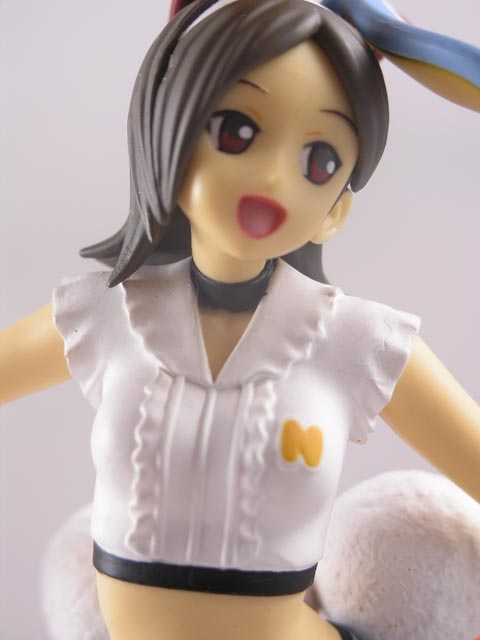