One of the downsides of being a parent is that you don't have a lot of time to just sit around and watch TV. That, coupled with running CDX, virtually ensures that I watch almost NO modern anime. I did give Gurren Lagann a good go, but stopped at episode 5 or 6. I'll get around to it eventually, but I won't let that stop me from reviewing the latest Revoltech Release, Lazengann.

Lazengann of course comes from Gurren Lagann, but he appears much farther ahead in the series than I got, so I'll have to take this toy at face value. 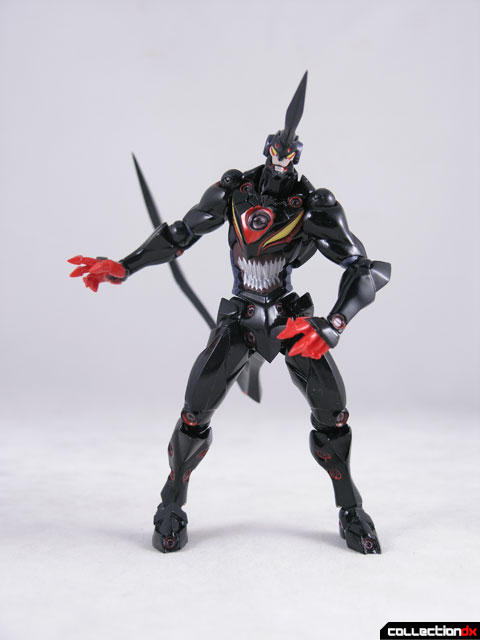 Lazengann is a lanky mecha with a style similar to the Eva units from Evangelion, but aside from proportions, the similarities end there. Lazengann's body is covered in red circles and the chest is a large face with giant grinning teeth. Oh yeah, and he's got a TAIL. 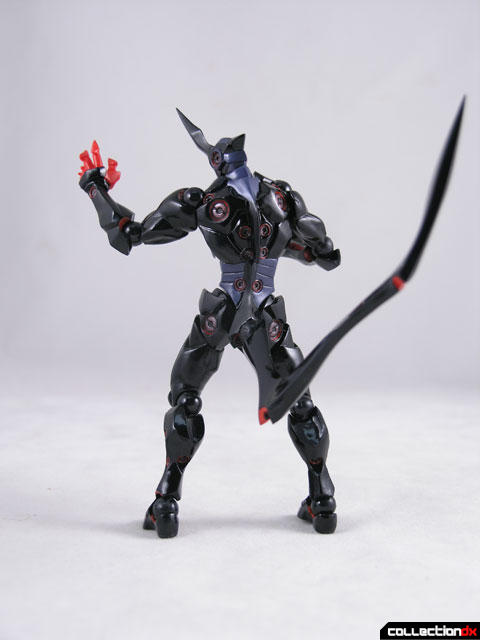 For articulation - Lazengann is about as good as it gets. It's simple design and lack of accessories allow you to focus on the poseability. The only weak spot in the design is the tiny wrist connector pegs. The hands just don't stay on very well. 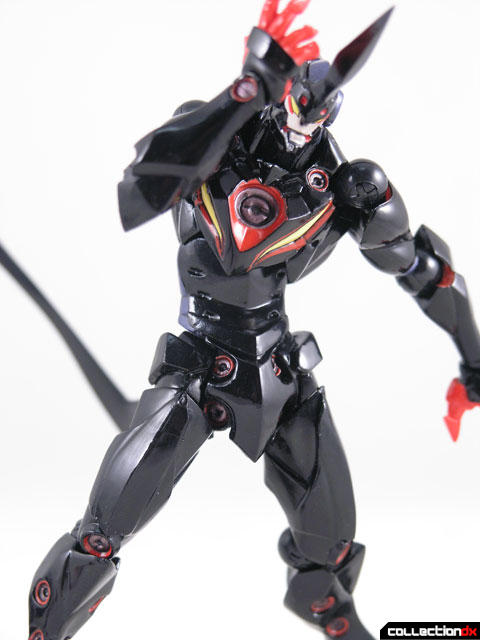 In keeping with the drill theme of Gurren Lagann, Lazengann features two drill attachments, this time more like a standard drill bit, only really really long. The dual drill unit is placed at the elbow joint by separating it from the upper arm and putting it in the middle. The single drill attaches to the wrist, where another peg on the drill is provided to attach the hand. 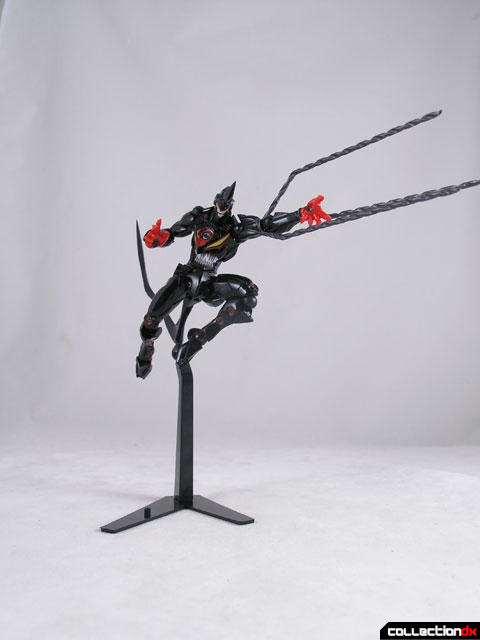 The lower portion of the torso can be replaced with a solid unit by separating the figure at the torso and removing the inset part. I like that some of these gimmicks require you to actually take apart the figure - it forces fans to realize the modular aspects of the figure. 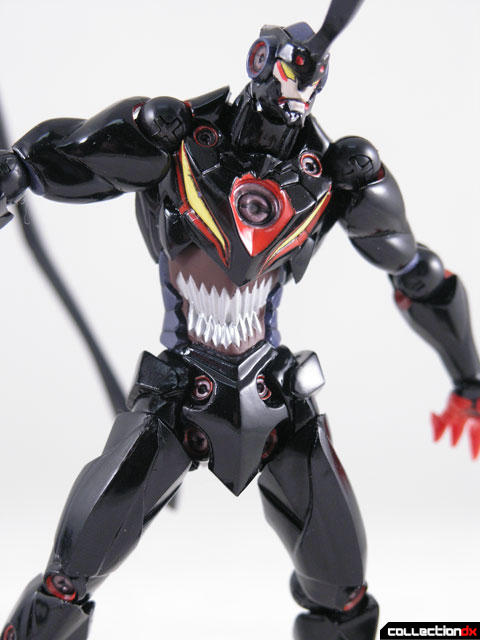 Also included are several variant hands and your typical Revoltech stand. In this case, if you want to acheive a flying or jumping pose, you actually attach the stand's Revoltech joint to a hole in the middle of the tail. 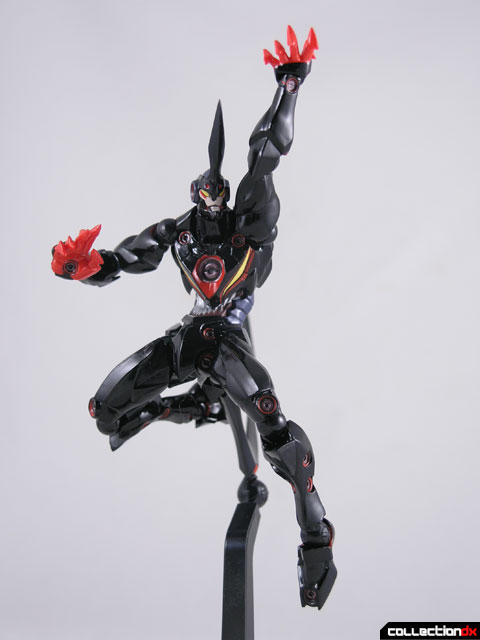 If you buy Lazengann, you get as a bonus the middle part of Gurren Lagann's Gurren Wing. The other parts will be sold with other Revoltech toys from Gurren Lagann. 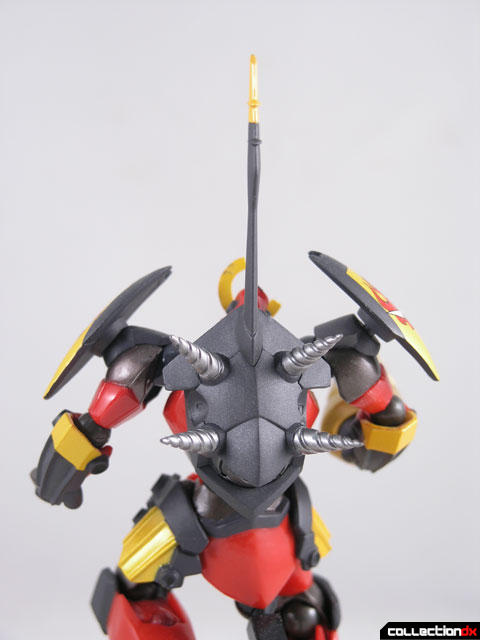 Lazengann is a typically great Revoltech release, if you can overlook the wrists. You can get yours at HobbyLink Japan