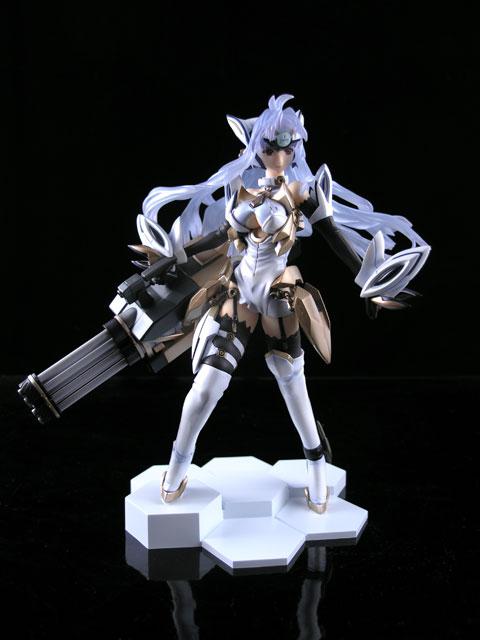 Alter released this beautiful 1/8 scale PVC figure of Kos-Mos in late 2008. She is posed in a dynamic stance holding a powerful triple Gatling cannon. Kos-Mos arrives courtesy of Anime-Export.com 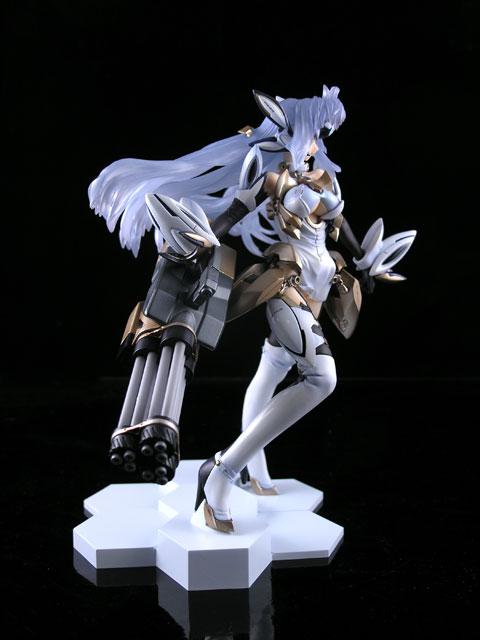 The box is interesting in that it is entirely translucent - which means you can view the figure from all sides before purchasing it. 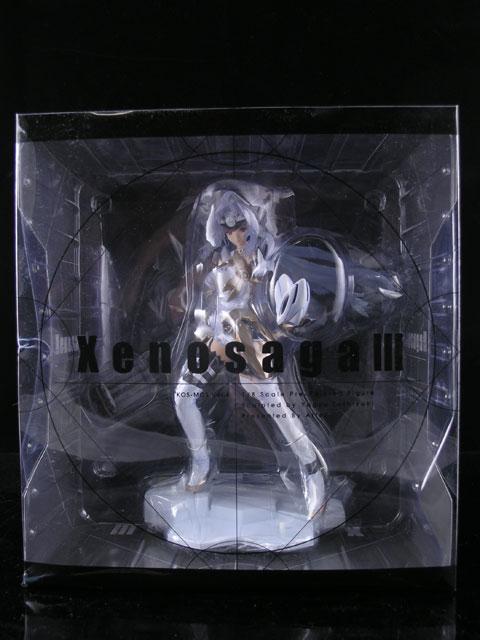 I really cannot get over the level of detail in this figure. It's perfect. I've been over it again and again and I can find no single flaw. It's absolutely stunning. 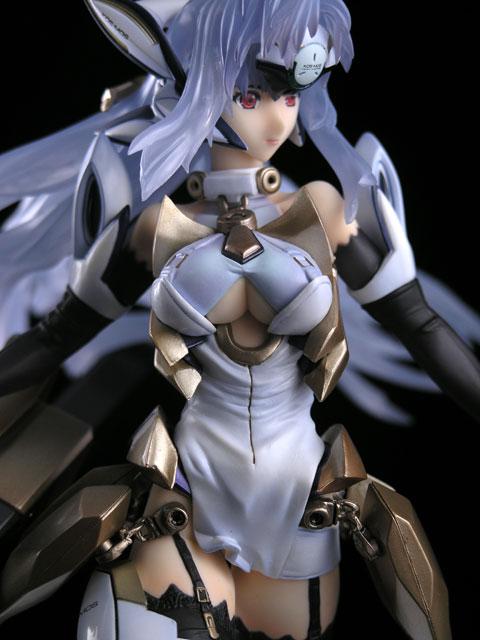 The long flowing hair is made out of Translucent PVC and it flows as if she is charging into action. 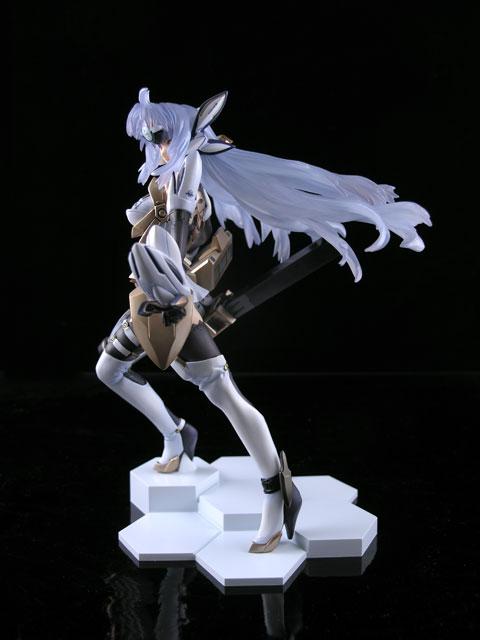 Her armor and clothing have an extreme level of detail not found in many collectibles. For those of you who don't understand how an inarticulate figure of this size can cost so much, you need not look further than this figure. Each detail, whether it be mechanical armor, or the subtle shading in the cloth, is perfect. 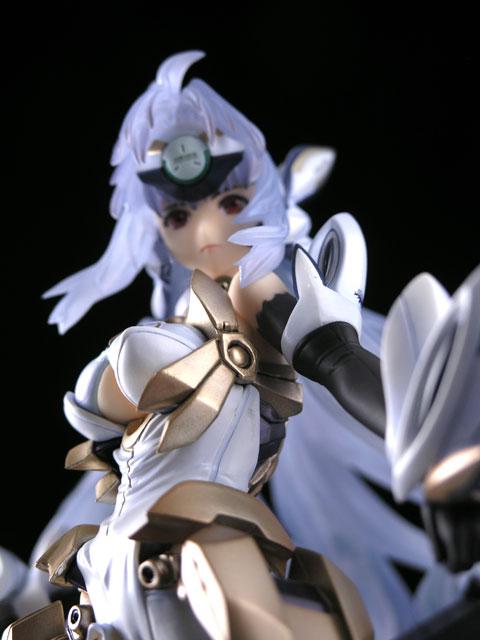 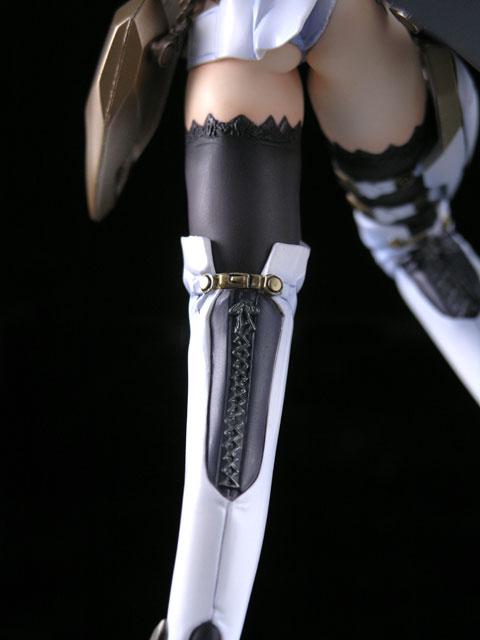 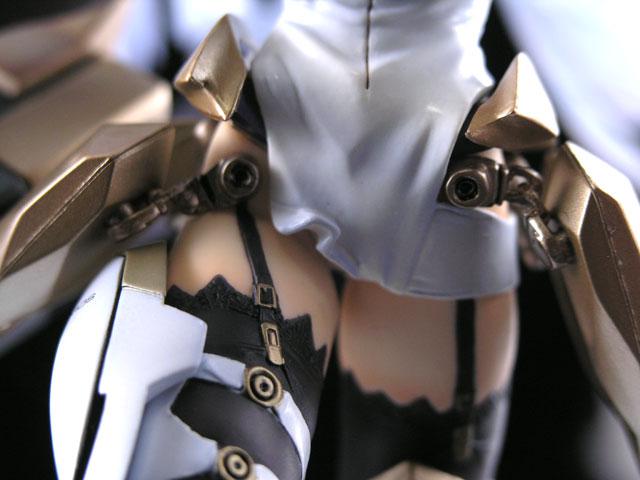 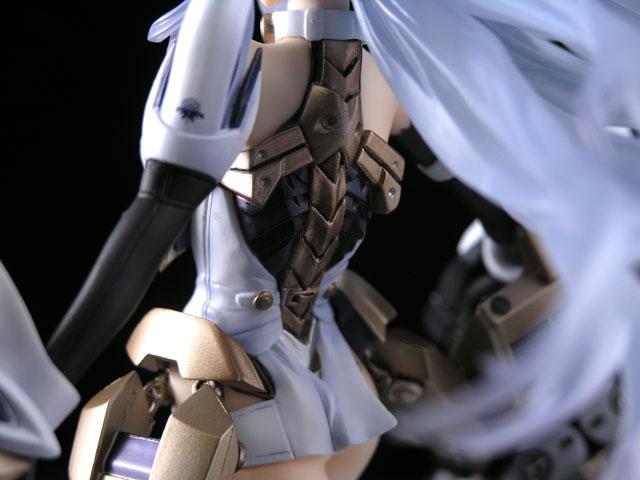 Tampo logo details are microscopic, and add a realistic touch to this battle android. 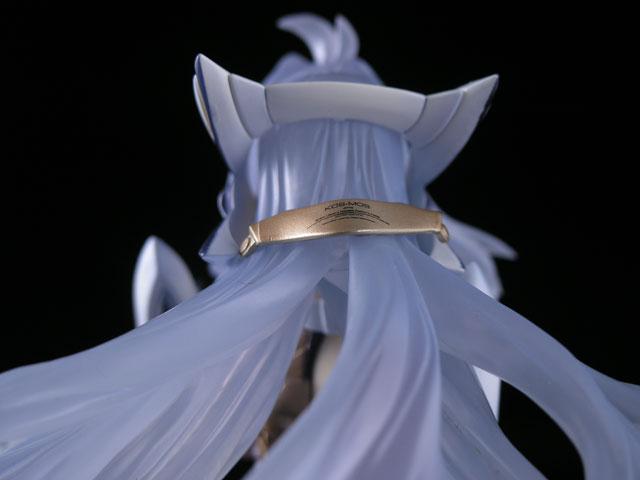 As with any good anime figure, there is the obligatory panty shot. Why a combat android needs panties? Who cares! 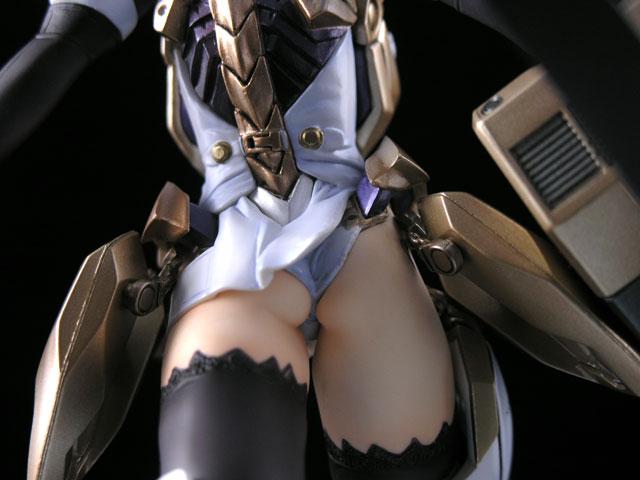 This is what we like to call a BFG - Big F*ckin Gun. Despite the size, the gun is balanced perfectly. It is not removable, unfortunately. 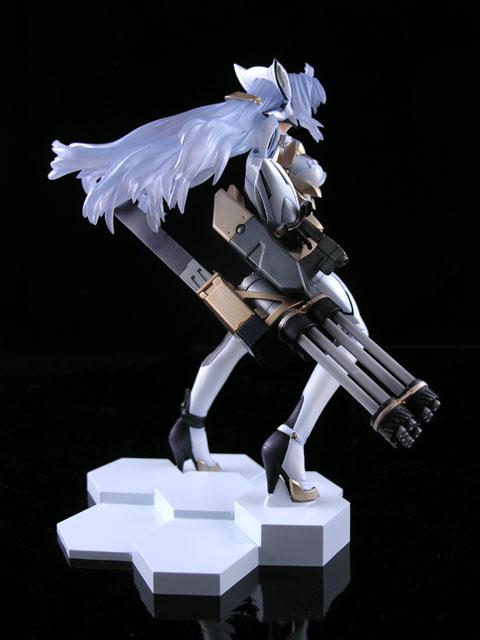 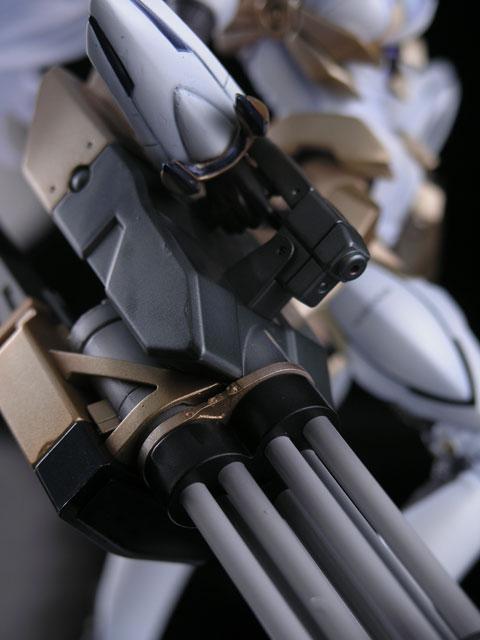 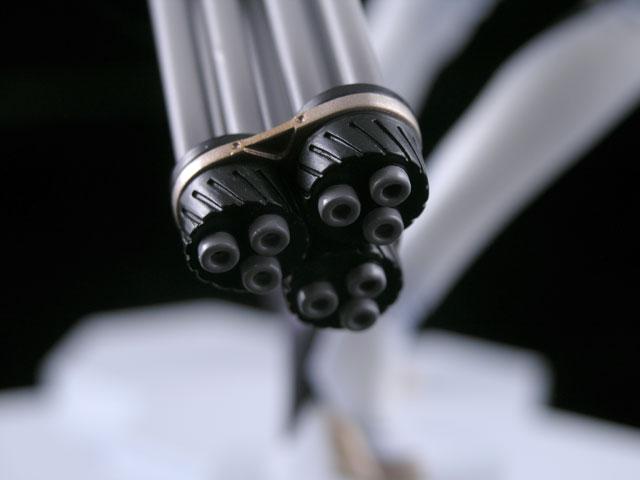 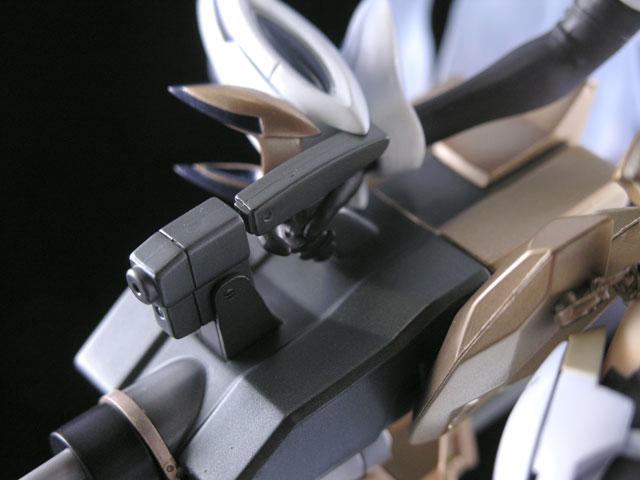 The figure adheres securely to a base by two pegs that fit into the feet. 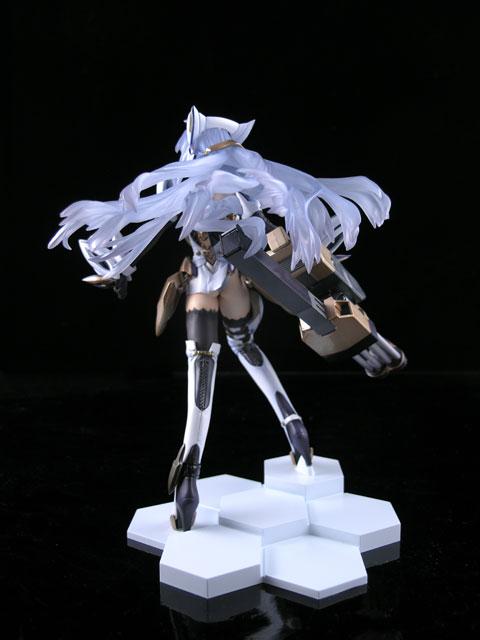 This is a really great figure. I don't mind a sexy figure if it has that mecha component, and technically she is a battle android.. so there you go. 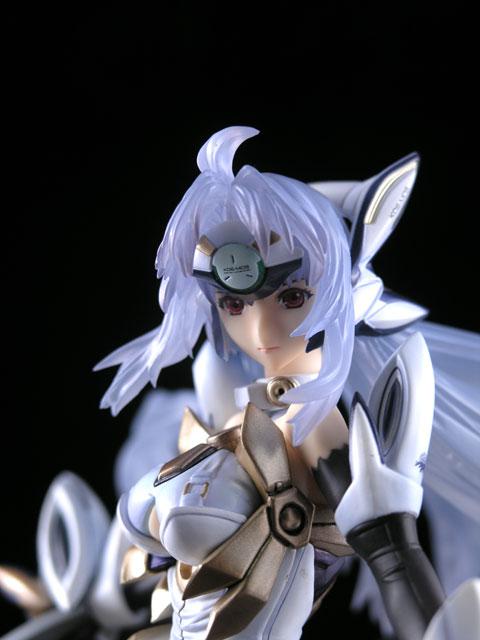