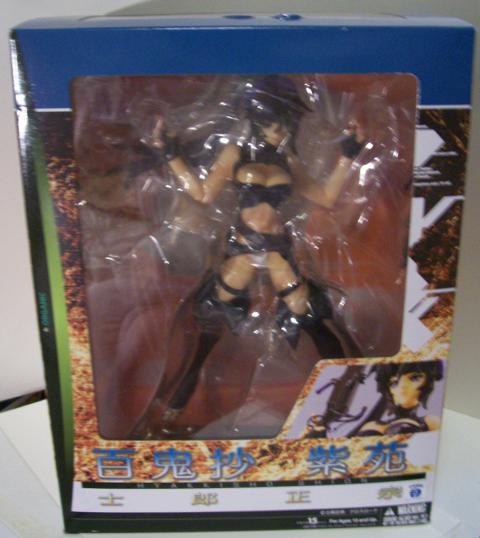 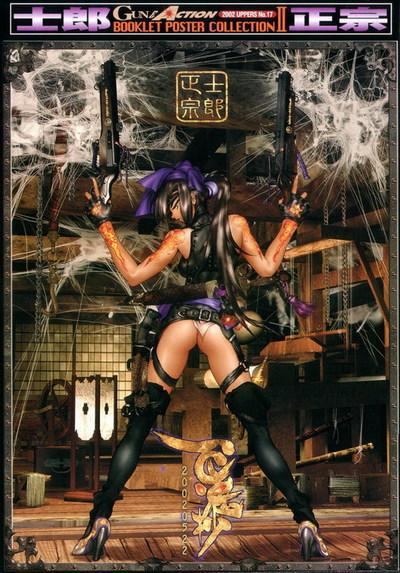 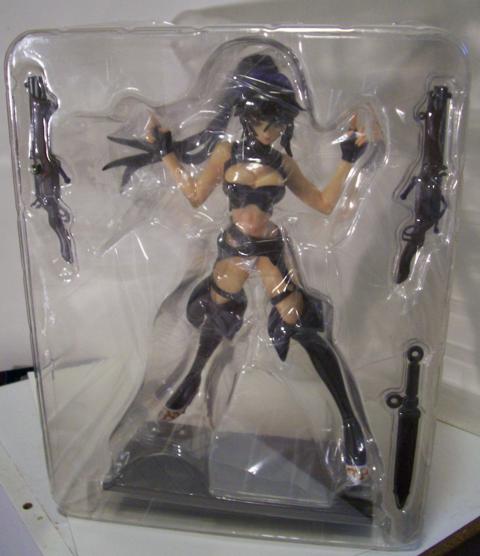 From a physical standpoint, this statue is a pretty straightforward piece of business. A window box with your standard plastic holding sprocket. The statue comes with base, two detachable guns, and sword with no posability or cast off pieces.

Compared to the original print, the statue is a bit more cartoonish in appearance - i.e., has a very simple look. Frankly, the sculpt is nowhere nearly as nice as the Juliona Trans figure and doesn’t really convey the detail from the original. 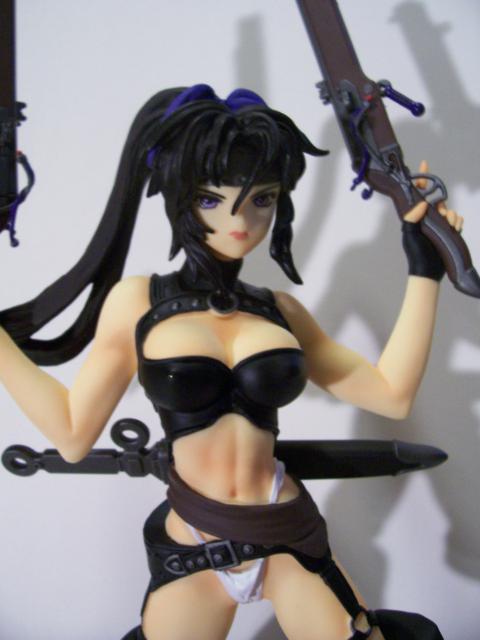 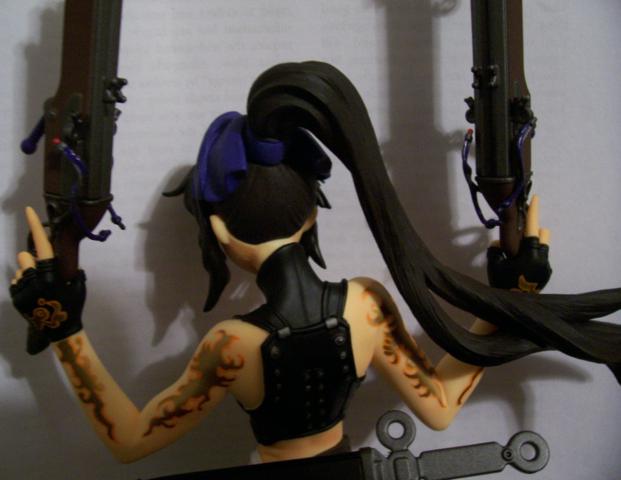 The original Galgrease image shows the character from the rear-and I think this figure is slightly more presentable from from the back. In fact most of the promotional images don’t do the detail on the rear side of the statue, which shows the great tattoos and the sculpt job on the buttocks. 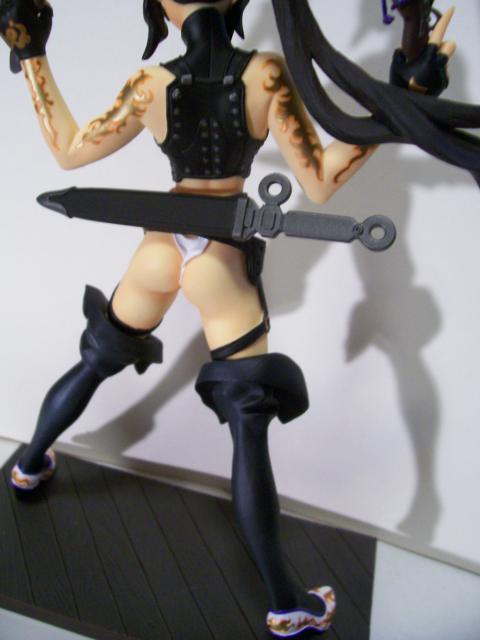 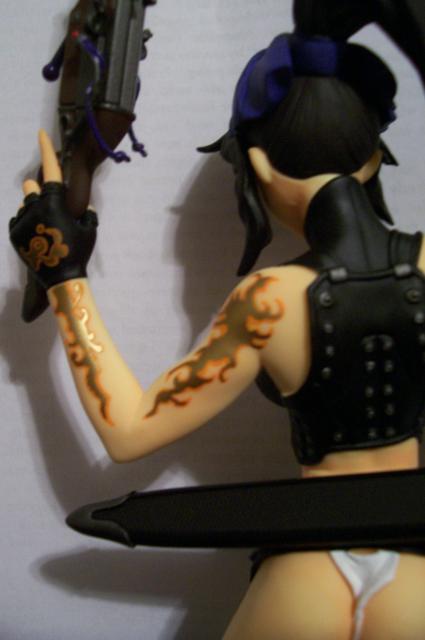 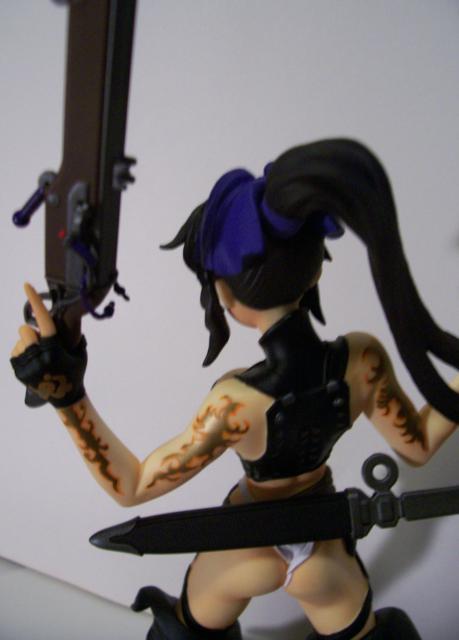 Detail on the front of the statue is okay. The guns and even the nipples on the breasts are good. But, there’s something weird about the pose that just makes the statue from the front look kind of awkward, particularly the boots. 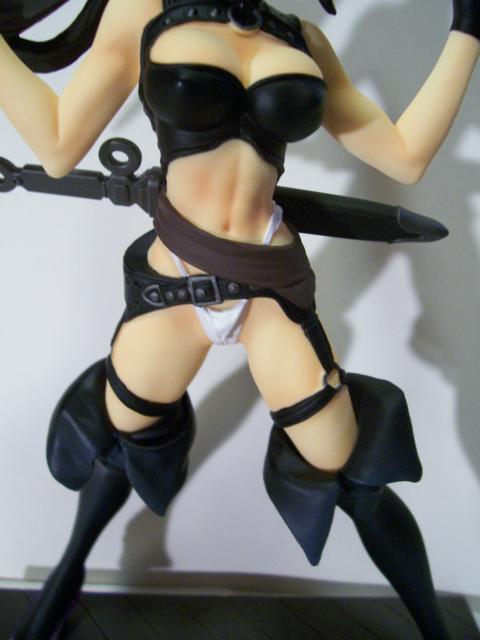 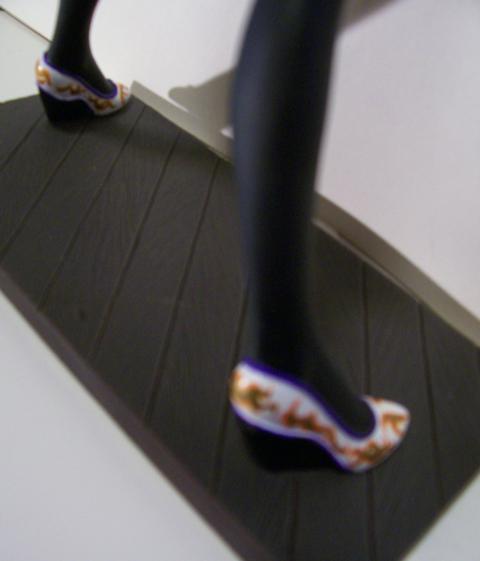 That being said, I think this is one of those statues that you can’t really appreciate until you have it in front of you. But its not the best of the many different Masamune Shirow characters brought to 3-dimensions and is only recommended for the die-hard Shirow fan. 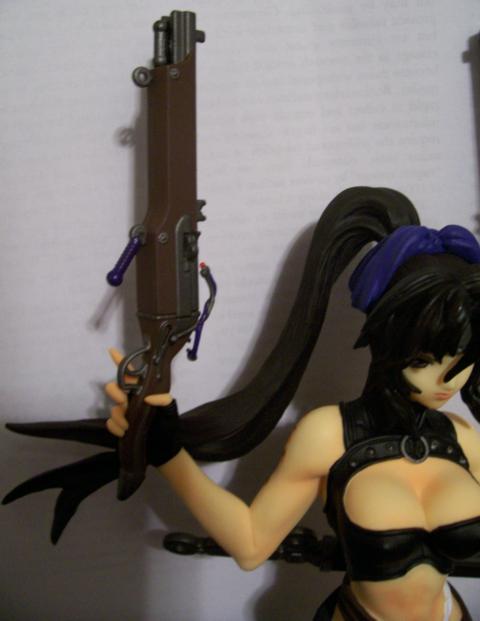