Then a funny thing happened at Bandai America a few years ago. Someone in a board meeting must have realized that there is an untapped collector market, and slowly, quietly, Bandai rolled out the 15th anniversary red ranger series. Unfortunately, the line was terribly misguided, as these figures were ridiculously over-muscled, like some crazy he-man offspring. 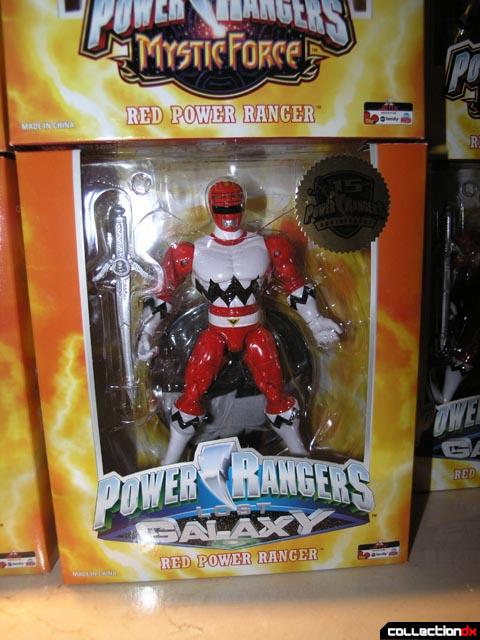 I'm not sure what became of the line, but apparently Bandai America learned their lesson. With the release of the Jungle Fury action figures, Bandai began packing in chase "Super Legends" figures, two per case, of classic Power Rangers characters. 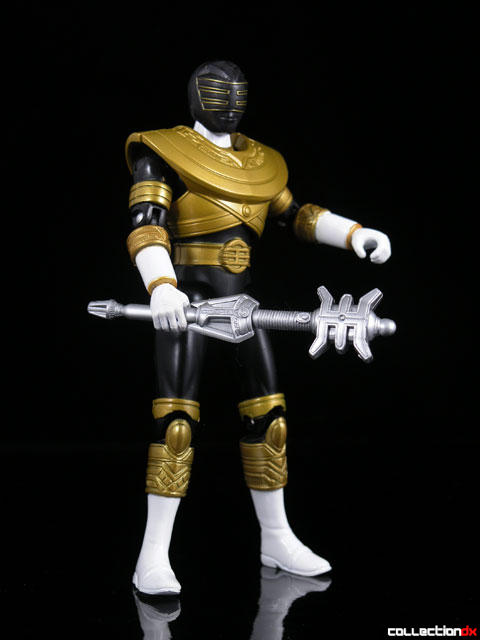 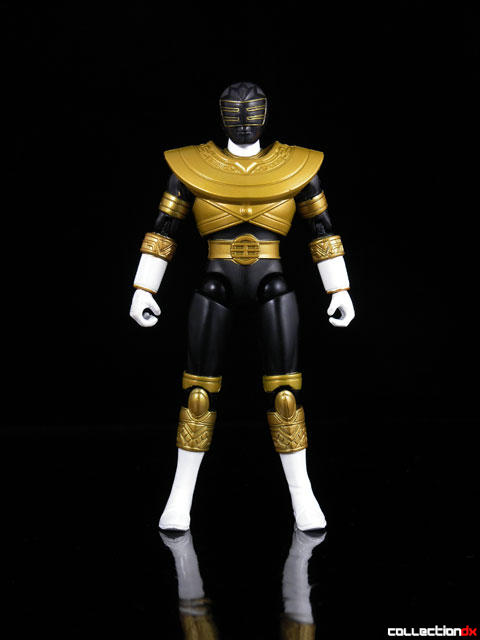 On the plus side, these figures have excellent, realistic proportions. The Gold Ranger features removable armor, a club like weapon, and a very detailed, unique sculpt. The articulation is very good compared to the usual MMPR figure, but it misses some key points of articulation. 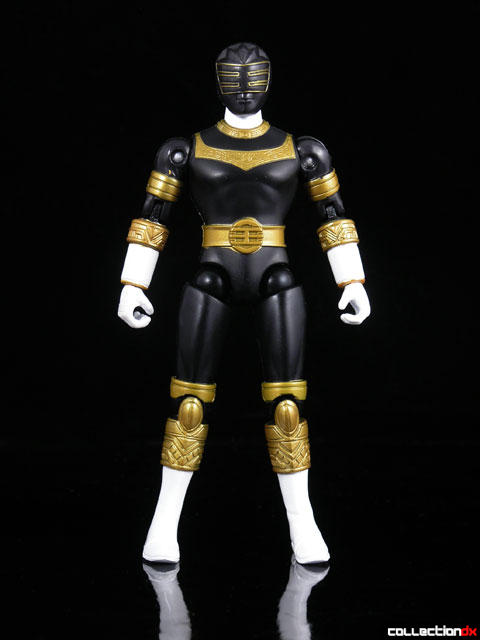 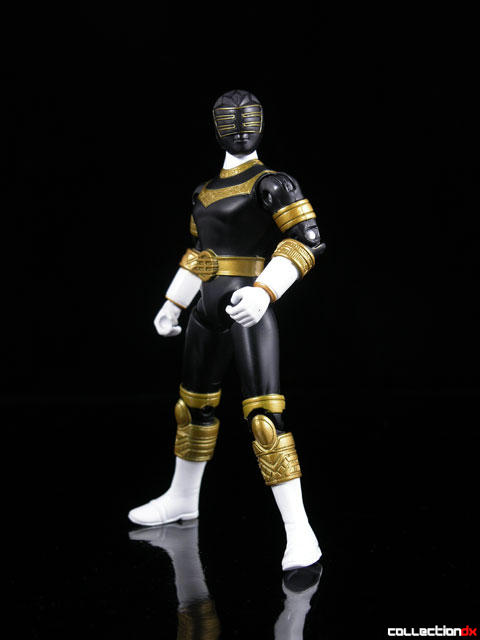 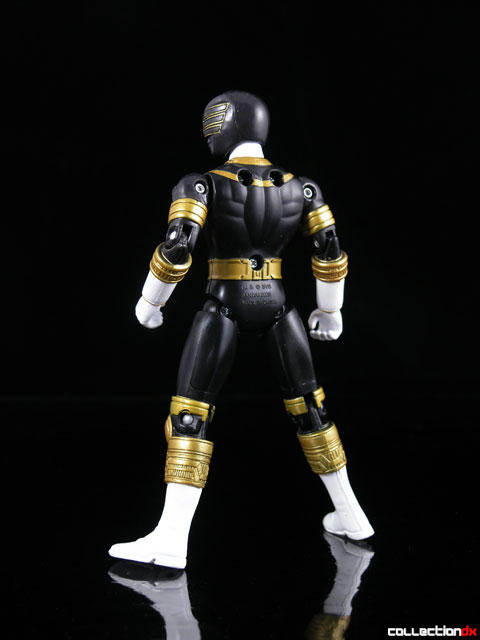 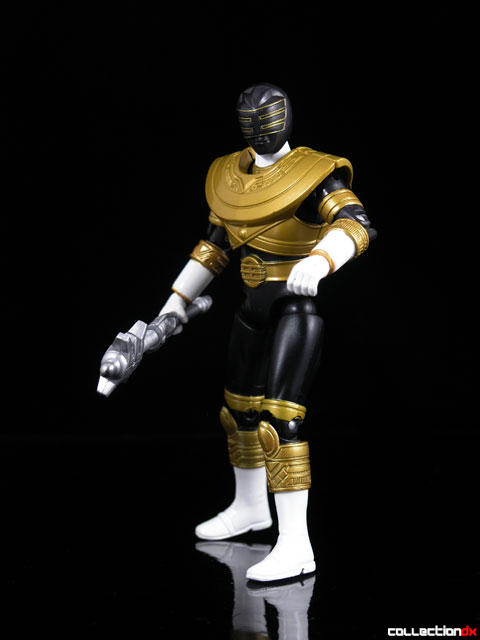 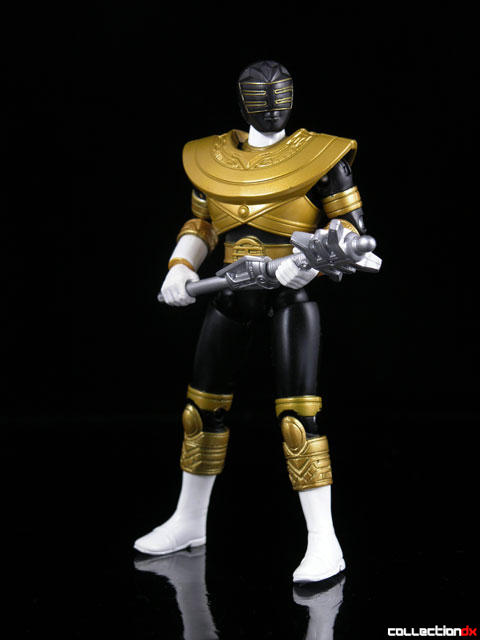 Still, these are minor gripes - the Gold Ranger and the other Super Legends figures are the best Power Rangers figures to date. 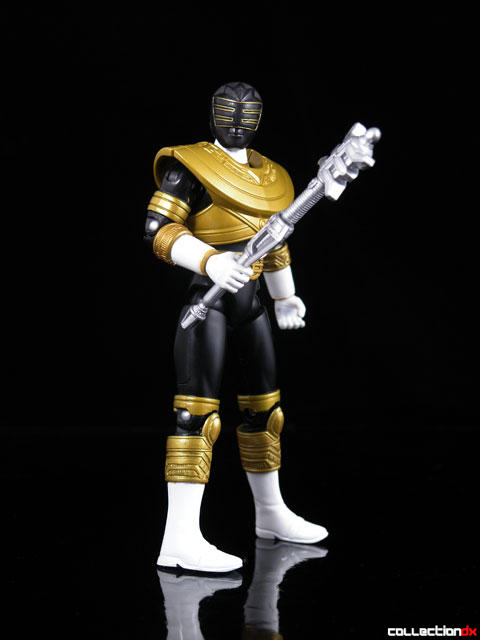 I used to be a fan of Power Rangers & I can remember a thing or two. I can tell you that the "club" of the Gold Ranger is actually a staff: the Gold Ranger Staff & if you started to mention the visor's shape, it's in the shape of the Japanese word for "king" (王, ō).

Yeah, this was a pretty cool figure! I like the Green Ranger the best, though. Not just because he's cool, but my Gold and White Rangers ended up with kinda loose joints when compared to the Green Ranger.

Anyway, I'm really glad they decided to make these bonus figures (especially since we got Zedd!) but I wish they'd do a little line of them and get the rest of the rangers out.

What you call "key point of articulation" some of us call overkill. I have been collecting action figures since the original Star Wars came out back in the 70's. So to me any articulation is great. I agree with Alexx that most of these extra joints just become loose over time and then it becomes very difficult to display the figures they just kind of lie around the room getting in the way.
All I every wish to see in a figure is a joint at the shoulder, elbow, hip, and knee everything else is overkill to me.

I thought that the first four Super Legends figures are pretty cool, the extreme 8-inch ones are a complimentary to the overall Super Legends collection, but the last three were kinda disappointing: the Titanium Ranger, Green Samurai Ranger and Super Samurai Ranger all were made up from the R.P.M. body designs. While similar to the Jungle Fury designs to some point, the R.P.M. molds managed to suck things down a bit (no offense, I still liked them).