In something of a surprise move, Japanese soft vinyl makers Beagle and Pilot Ace have teamed up to produce a line of figures based on monsters from Ray Harryhausen movies. The first release was Cyclops from the 1958 movie "The 7th Voyage Of Sinbad".

When this was first announced, I thought it was pretty neat but decided I would pass on it. There were other Cyclops figures out, ready to be had at a cheaper price and while I thought this one looked ok, it wasn't so much better than those that I was prepared to spend the extra money. However, as soon as I saw the second release from the line, the fire breathing dragon, I knew I had to have that one. And if I was gonna get the second release, I decided to circle back and order the first as well. 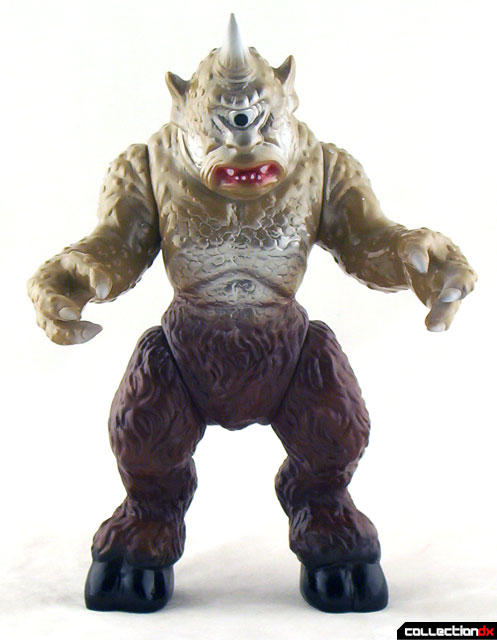 This release was delayed for a little while, but I finally picked it up last week. Now that I have it, I'm really glad I didn't pass on it and I plan to get all the releases from this line. (Two more, Ymir and Kali, have already been announced.)

Cyclops is a standard size Japanese vinyl and as such stands just a hair, or in this case a horn, over 9" tall. It's made of nice, thick vinyl and articulated at the hips, shoulders and neck. The hair of the legs is painted a dull, matte brown which gives it a bit of a cheaper feel than the torso, which is a glossy beige with metallic silver highlights. White, black and red highlights complete the paint scheme. 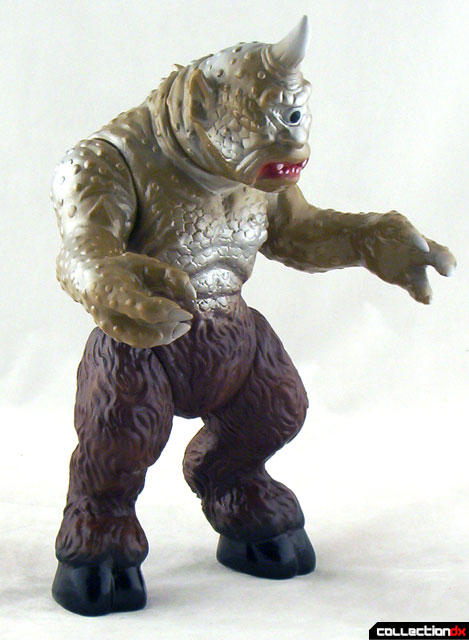 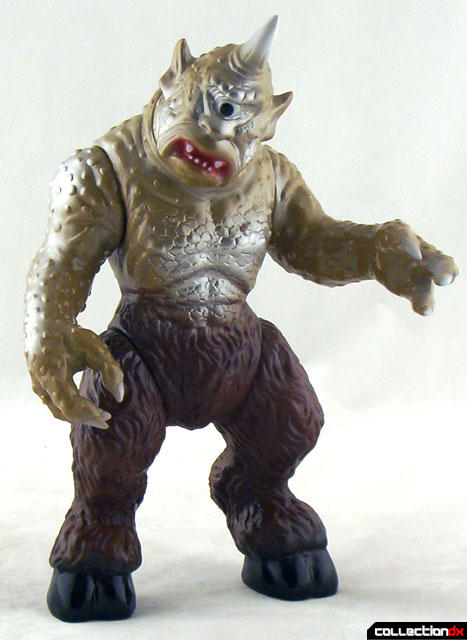 As with most vinyl, Cyclops is sold in a bag with a header card. I find the card art to be a bit on the dull side. Furthermore, I think it looks a bit too psychedelic for the subject matter. 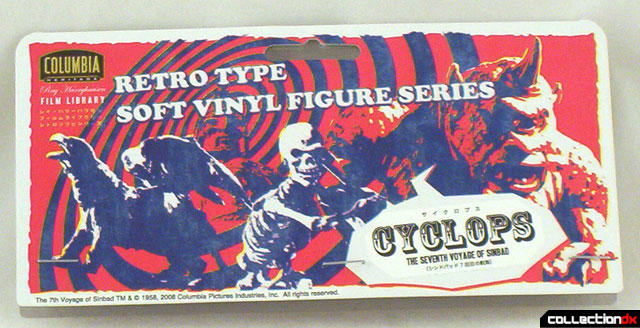 Although the regular release of Cyclops showed up a bit late, there was a limited exclusive version out in time for the summer Wonderfest convention in Japan. This one features a paint scheme with redder legs and yellower torso, with a note on the header card to distinguish it from the normal release. I think that one was limited to 30 pieces. Here is a picture of it that I snagged from Mark Nagata's blog. 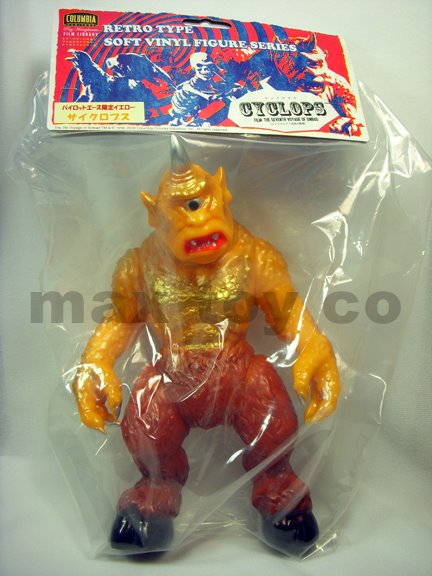 Now that I have this, my biggest complaint with it is that it presents me with a bit of a collector dilemma. Do I display this with my Japanese kaiju or with my American monsters?!? I'm inclined to put it with my monsters, but I feel like if I do that, then I have to move my Great Monsters Of The Movies toys, which I've had with my kaiju, there too! Such difficult decisions! 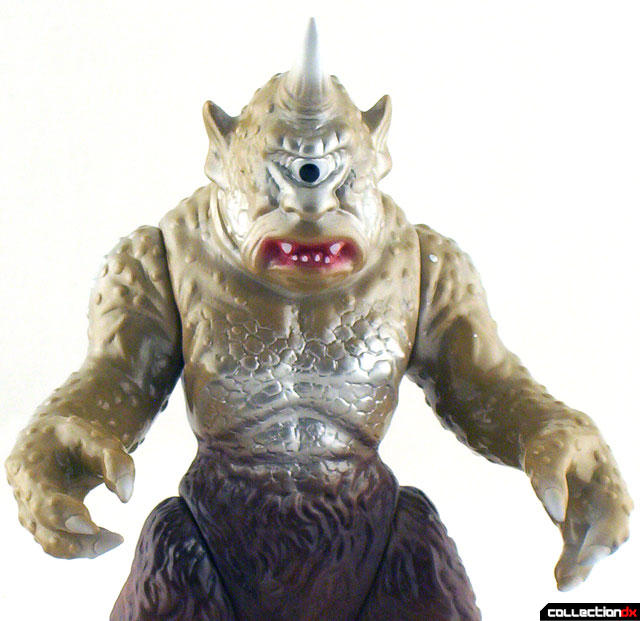 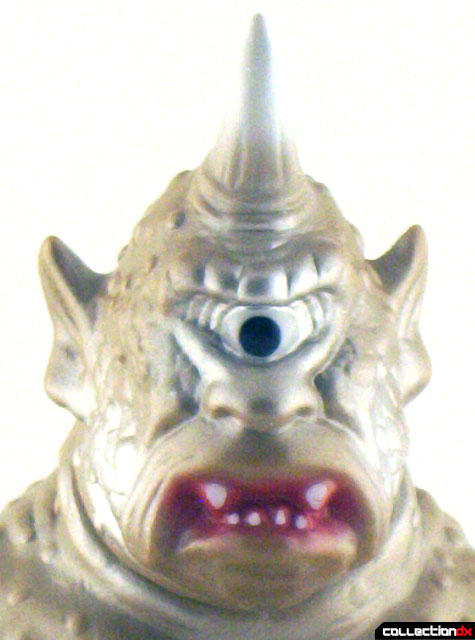 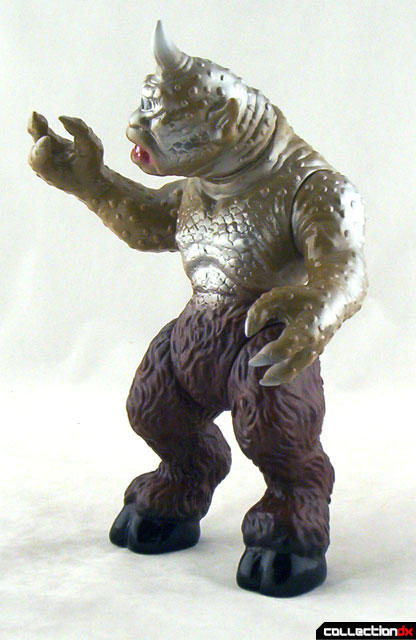 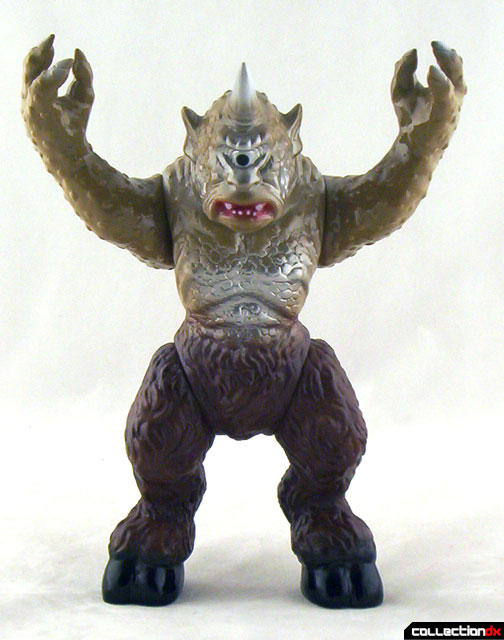 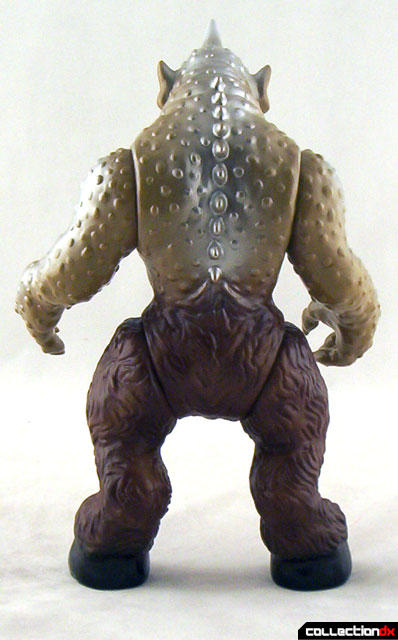 I was in the same situation with my Gorgo & Bat Rat Spider.Didn't know if they'd fit in with my kaiju collection.They have that kaiju feel so they get along fine.