Chun-Li was my favorite character in the completely underrated Street Fighter Movie. Man, that movie kicked so much ass. Ming Na is a total hottie.

I mean, what more can you ask for in a movie. Raoul Julia in his greatest role as M. Bison, Jean-Claude Van Damme as Guile... this movie is totally underappreciated. I also heard they made some videogames for the movie. 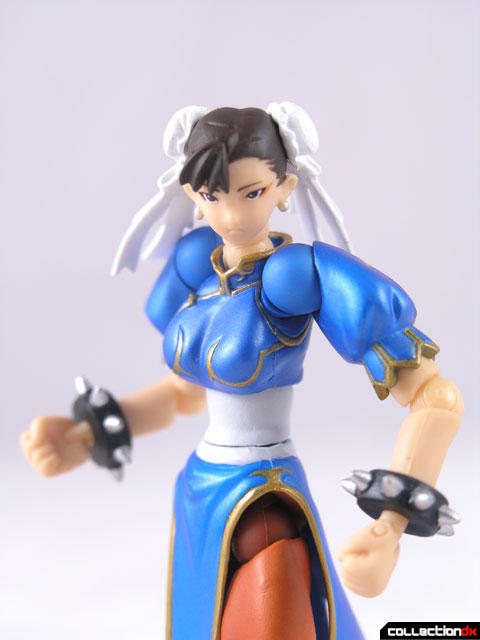 This Revoltech toy does not look a THING like Ming Na. I mean, seriously? I thought the Japanese were great toy sculptors. Ming Na must be PISSED.

The dress isn't even the right color...

Aaah sometimes I amuse myself. Seriously though, who does not know Chun-Li? I've been battling her in some form or another since 1991. In a sense, she is my nemesis... 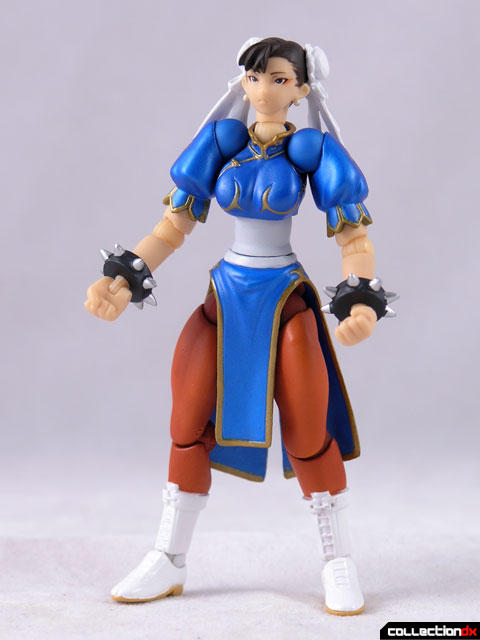 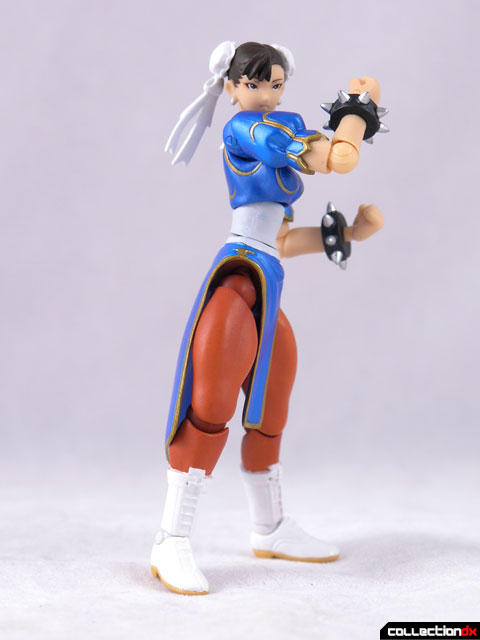 Anyway, this version of Chun-Li comes from the Street Fighter Online Mouse Generation video game. This on-line fighting game is all in Japanese, and requires just a mouse to play. The general consensus is that the game sucks. 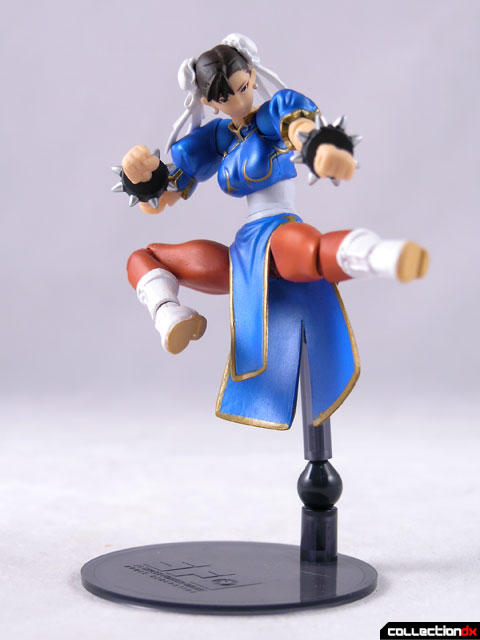 This figure though, does not suck. It's actually pretty cool, in my opinion. Sure, she does not come with many accessories, but she just looks great.

Sculpted by Bome and Taichi Katoh, Bome being a name that should be recognizable to figure fans. The character retains her traditional Street Fighter looks, but her appearance is altered to represent her look in the game, which is played with actual on-screen Revoltech figures. 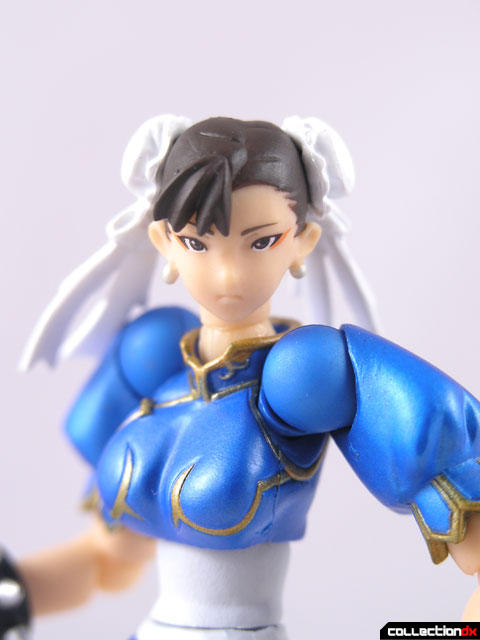 Accessories include variant hands, a stand, and a fireball attack that attaches to the palms of the open hands. 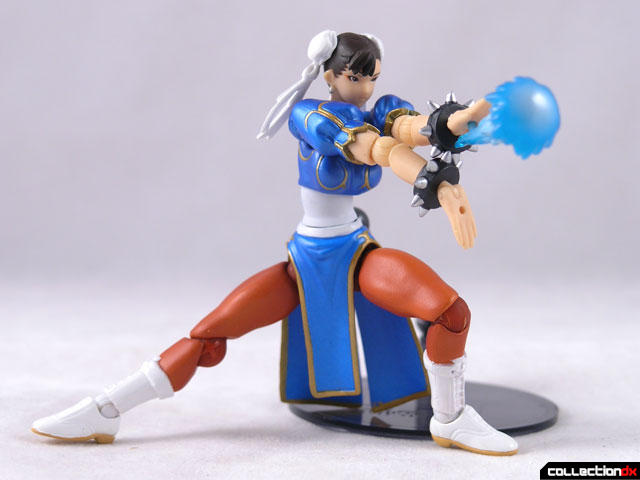 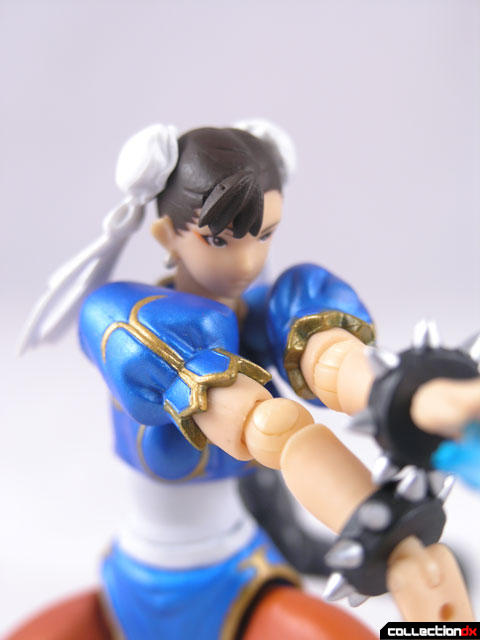 If you are a fan of the classic Street Fighter characters, this is a must-have.

You can get your Revoltech SFO Chun-Li at HobbyLink Japan

I wanted to pick this one up, but the face...I simply don´t like it.

When I was a kid, I remember watching some Chinese Live Action street fighter

To bad this figure is based on the online game...

The figure must be based on the original videogame!!!

I usually love revoltech figures, but this is one I'm not gonna buy. =(