You may know her as Rook Bartley from Robotech: The Next Generation, but her real name is Houquet et Rose, or “Fuke” for short from Genesis Climber Mospeada. This a toy of her with her Bartley Type ride armor, but calling it a toy is a false advertisement. This is a disaster in a box.

The only reason I have this is because I wanted a whole set of Mospeada cyclones, and the CM’s Brave Gokin set is the only modern way to have them all. They are terrible toys, but it’s the only way to get the whole set unless you want the crappy small Gakken versions.

I originally got this from Adam but it was missing a couple parts, so I ordered a new one online. The new one arrived broken, so I decided to dismantle both and cobble together one complete ride armor from the two. During the review, I broke more parts, and fortunately had the backup to take parts from.

I’ve already gone over the pain points in depth when I did the original review in 2008, but I will skim over it again here. The toy has minimal metal, crappy engineering, and it’s too small for its own good. 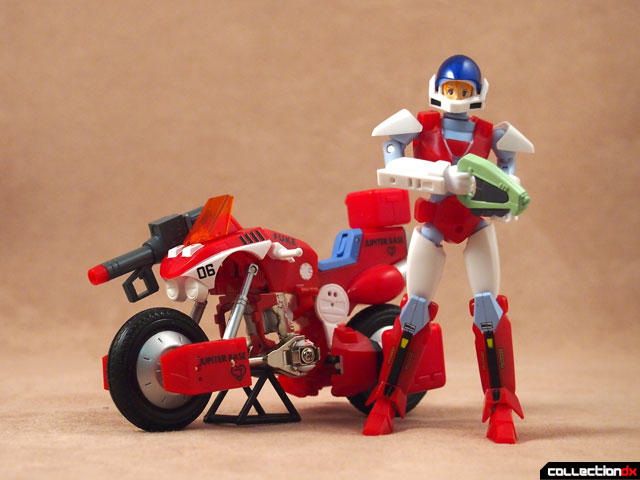 The Fuke figure is not too bad. It poses well and looks fine. The joints are a bit loose and the legs have funky hinge joints that are at 45 degree angles so you really have to look at the joint before moving it. 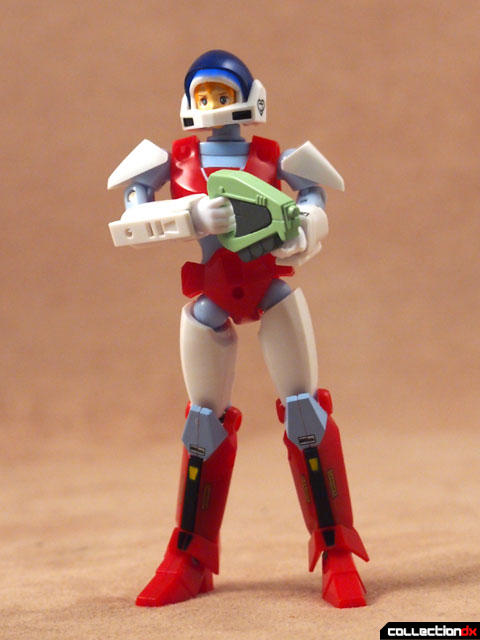 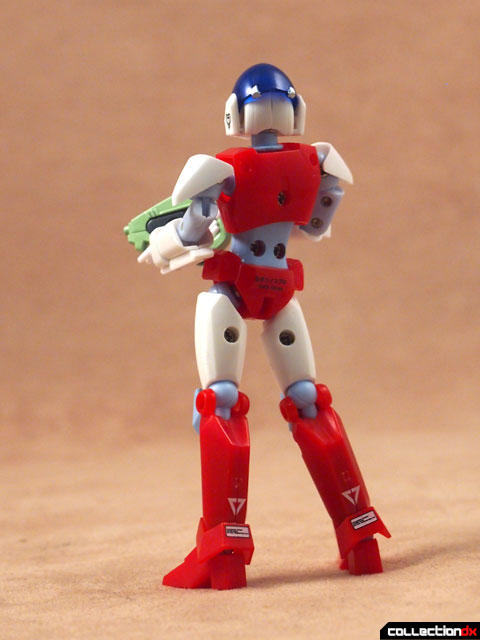 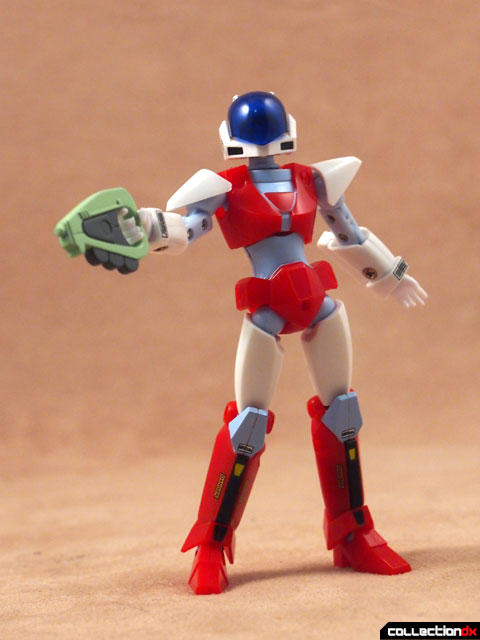 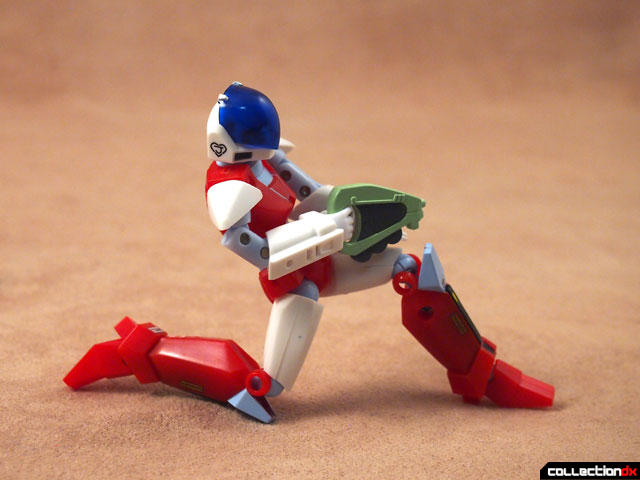 There are interchangeable hands but none that can hold the weapon due to the thumb being connected to the hand. I cut it free with a hobby knife and the gun can now be held. 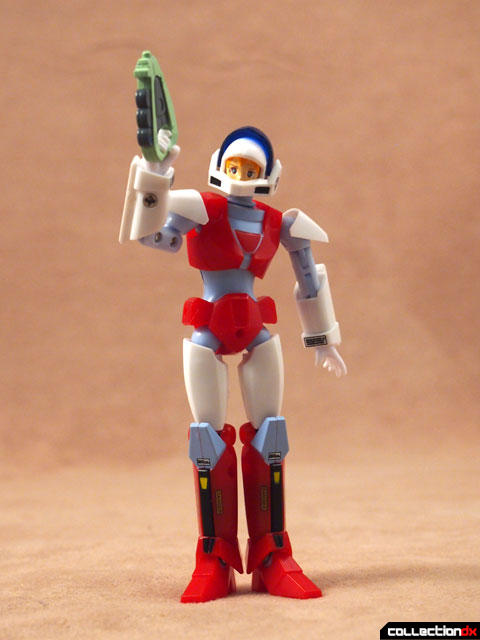 Unlike the previous ride armors, this Fuke figure comes with an un-helmeted head. 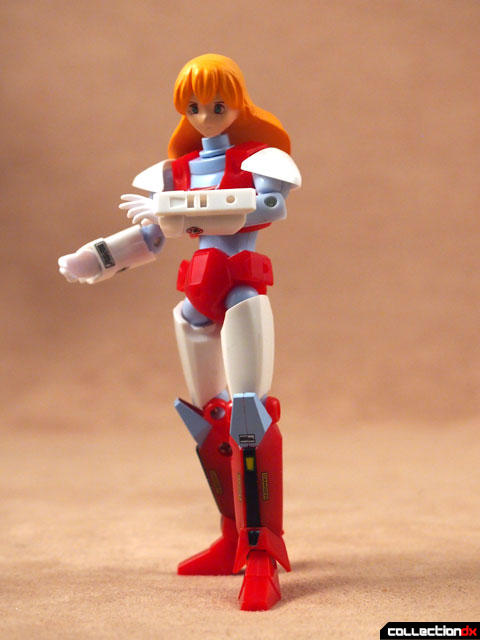 In cycle mode, the ride armor looks fine but is an exercise in frustration to get that way. Things just barely connect. Parts fall out of sockets. Some parts have to really be pushed beyond their limits to connect with the other parts that they are supposed to. You clip one thing in and two things clip out. It’s maddening. 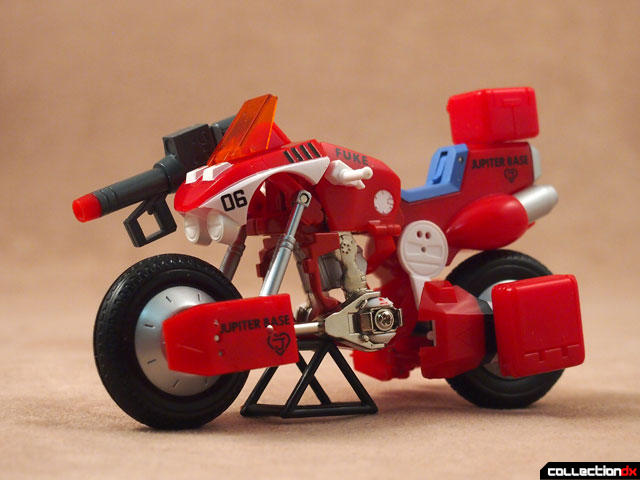 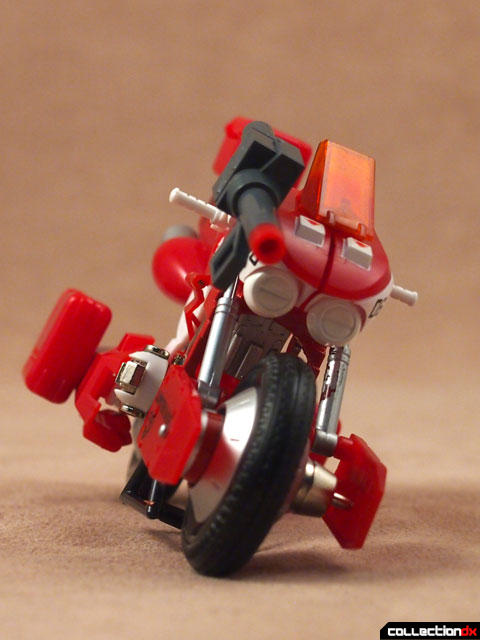 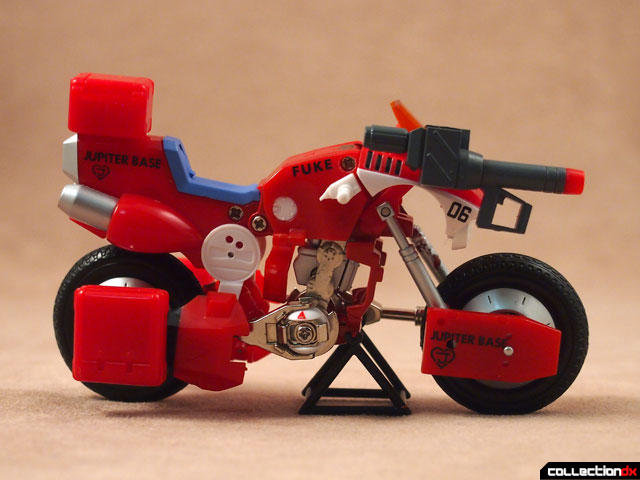 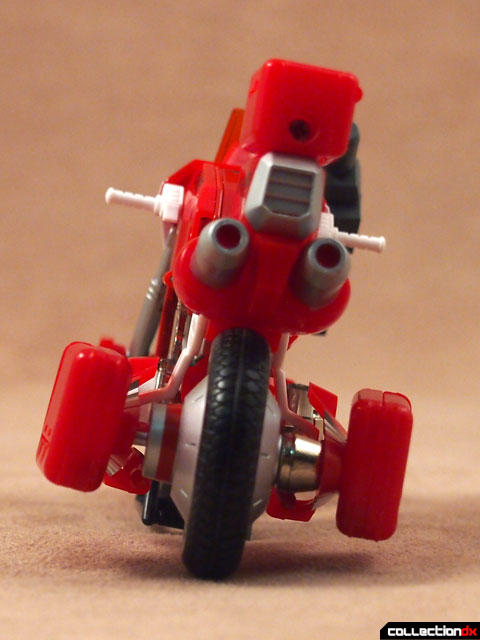 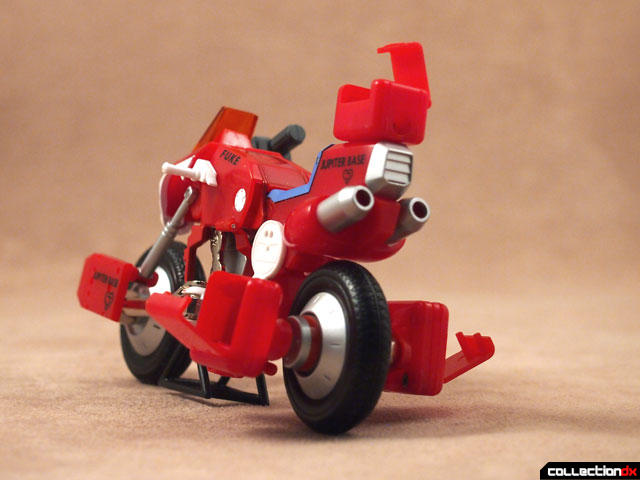 Fuke can ride the bike, but not well. She can grab the handles and a peg in the seat attaches to the figure. The feet are supposed to hook onto footpegs but they are too low and just fall out anyway. 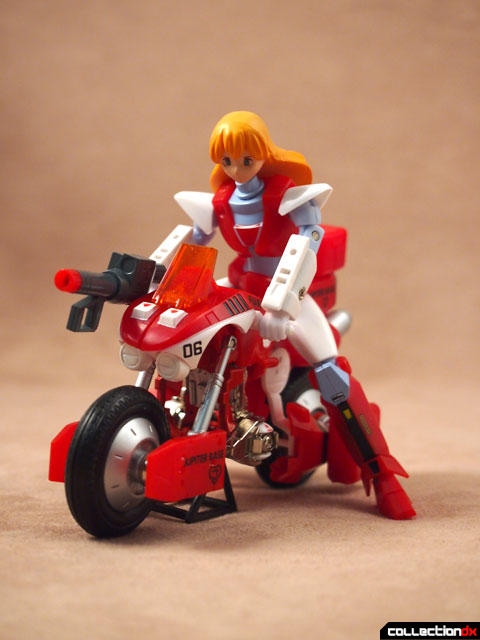 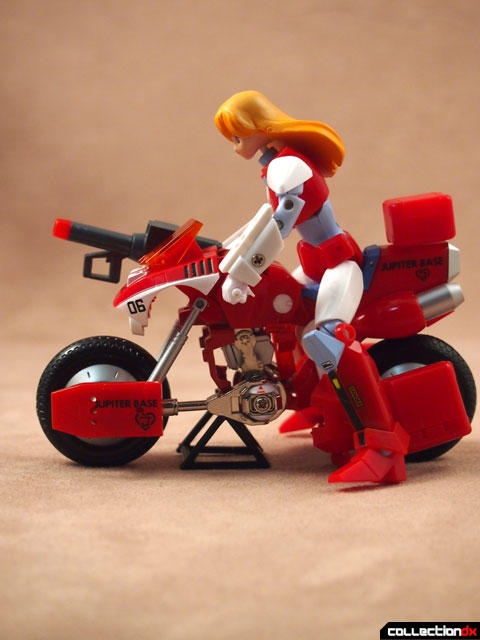 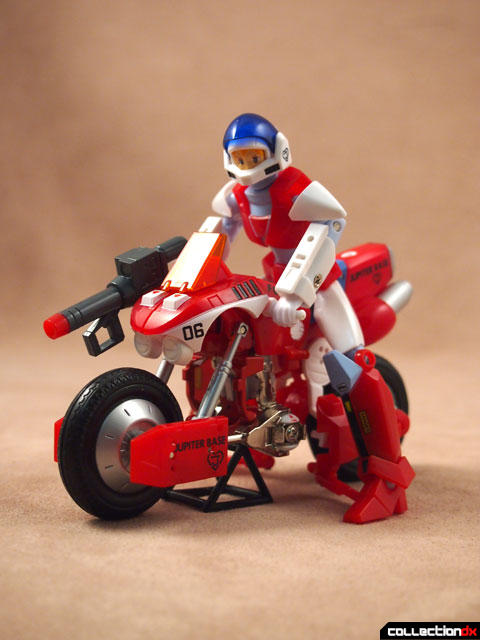 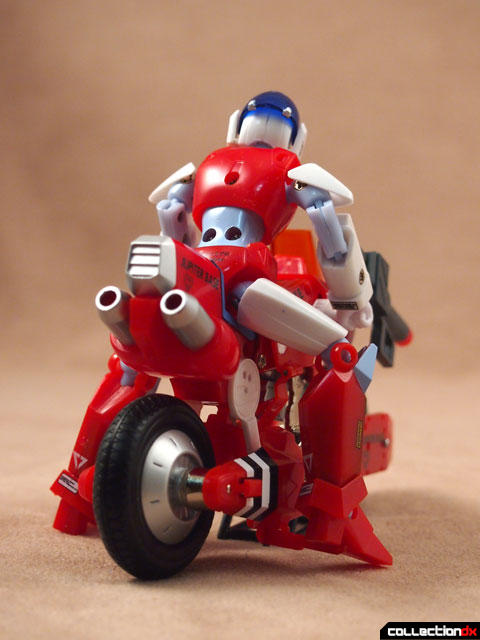 Converting the bike to ride armor is a tricky proposition. Everything flops around and feels barely connected, and each joint feels like it’s going to break at any moment. They made one small improvement from the prior releases in that the sliding pegs that secure the metal leg rods are now metal instead of plastic. However the connection is loose out of the package and needs tightening with a screwdriver.

Assembled the figure looks good but is still loaded with problems. The shoulder armor pops out of place easily. The piece on the crotch won’t pop into place. The extending legs collapse under the weight. It’s a mess. 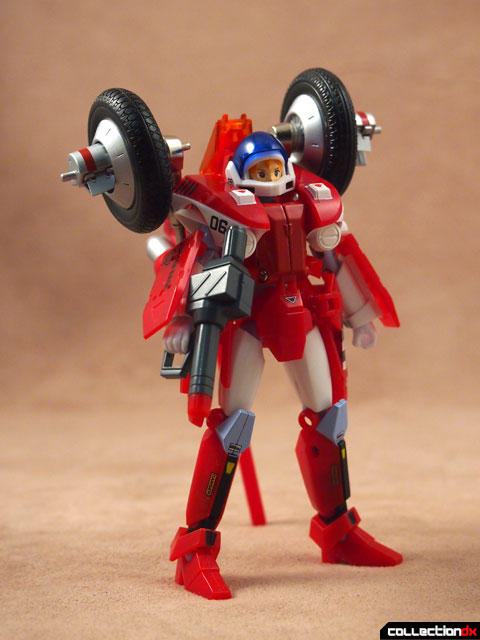 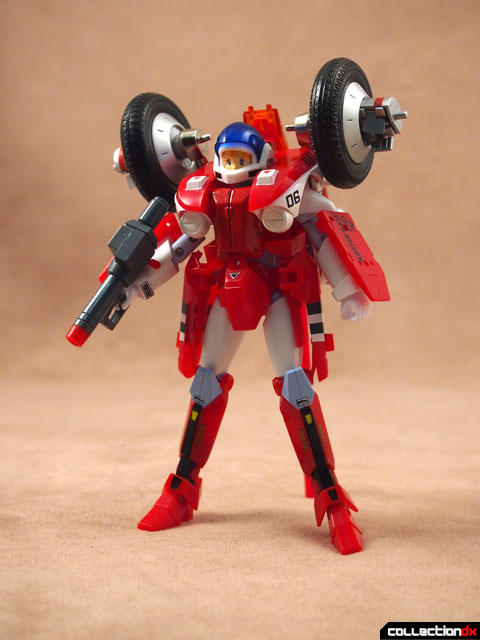 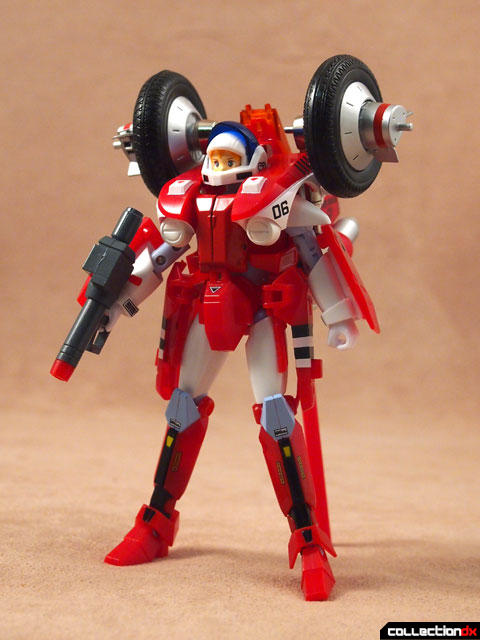 The piece is back-heavy and requires a stand to remain upright. The included stand is an ugly red stick that jams into the back of the ride armor. Instead you can rig up a Tamashii stand to make it look a bit more presentable. 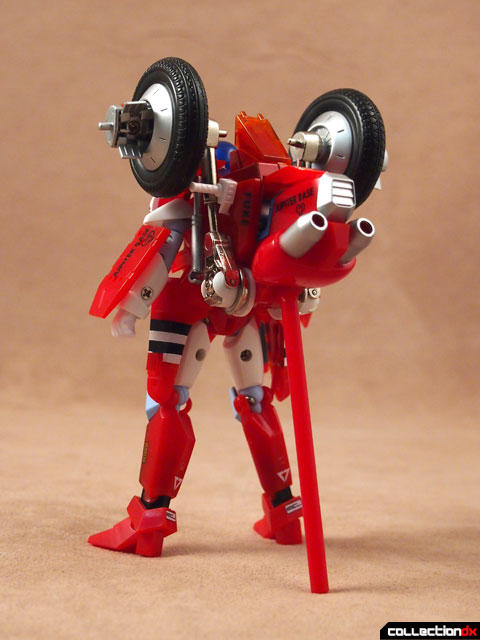 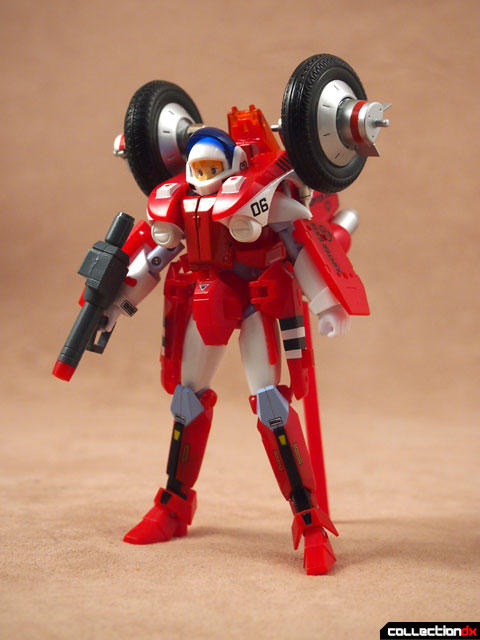 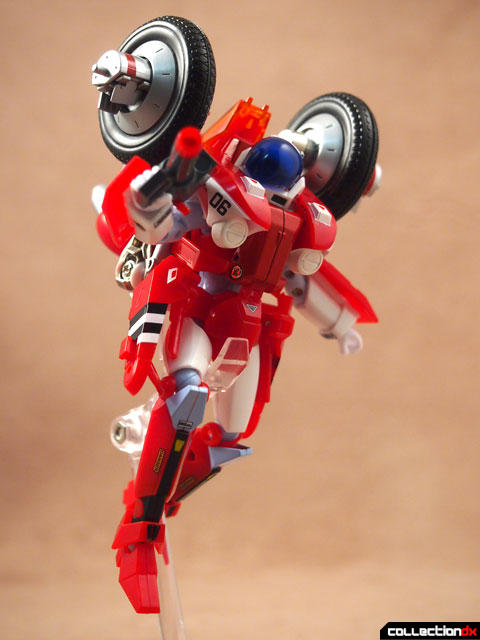 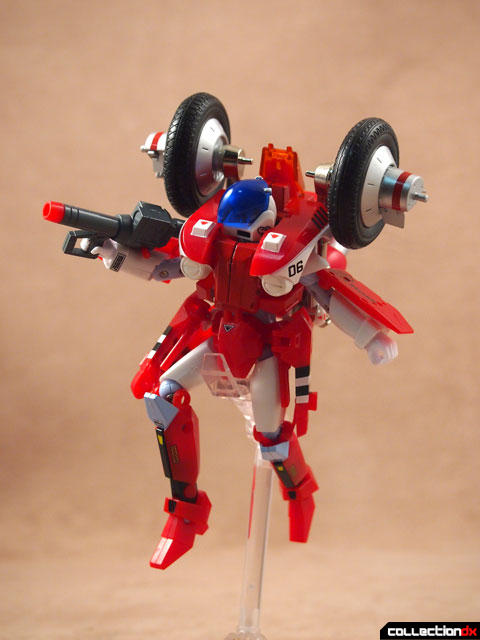 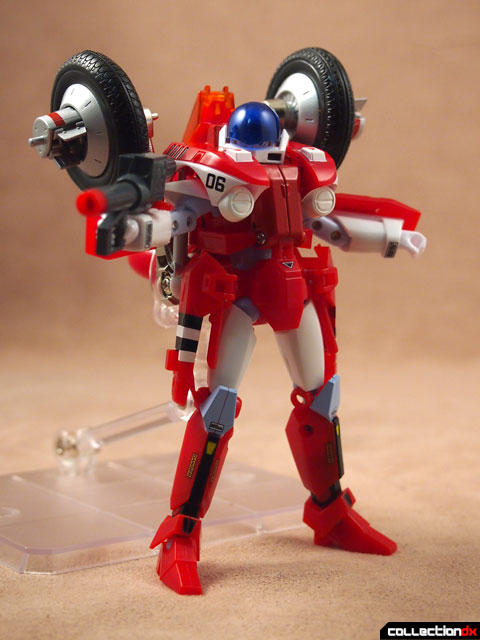 One of the selling points of this figure is that this comes with a bonus figure of Mint. She comes in a standing pose with a stand, and has a second body that can attach to the back of Rand when riding the Mospeada Ride Armor. 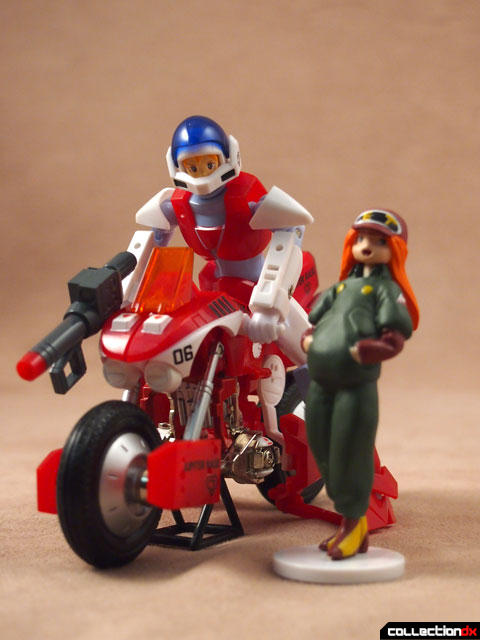 Both figures use the same head, you just have to swap it between the two. 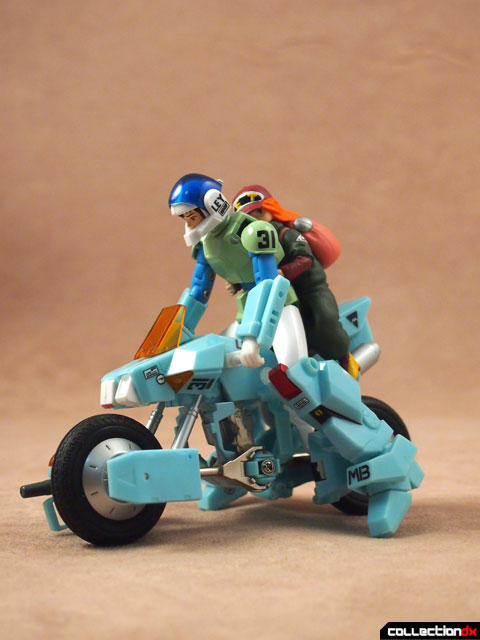 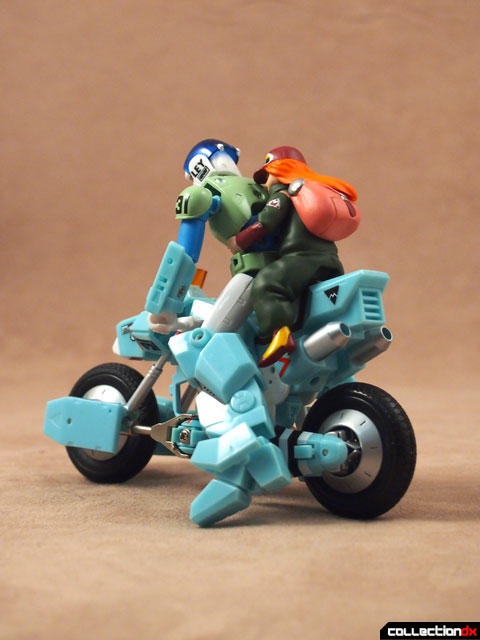 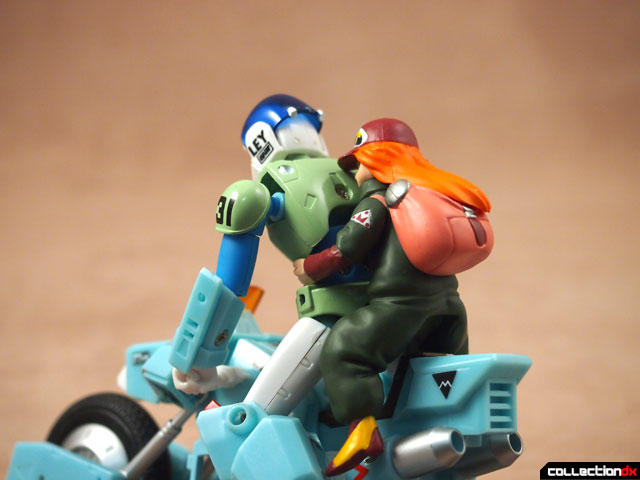 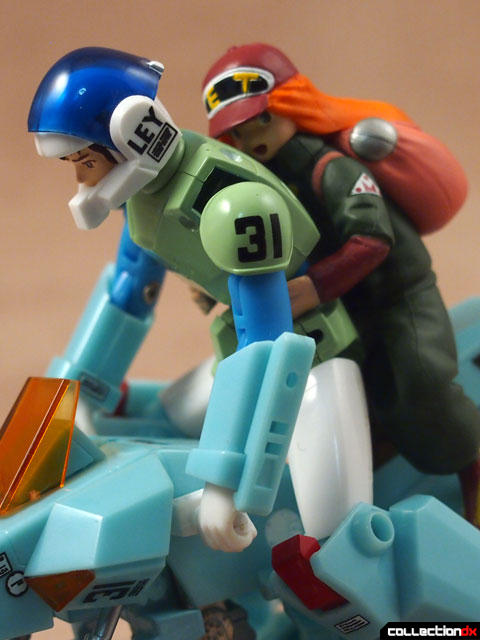 Avoid these toys at all costs, unless you are some kind of masochist. I have this unhealthy need to complete this set and have a full Mospeada display. Live vicariously through me and save yourself from the pain. 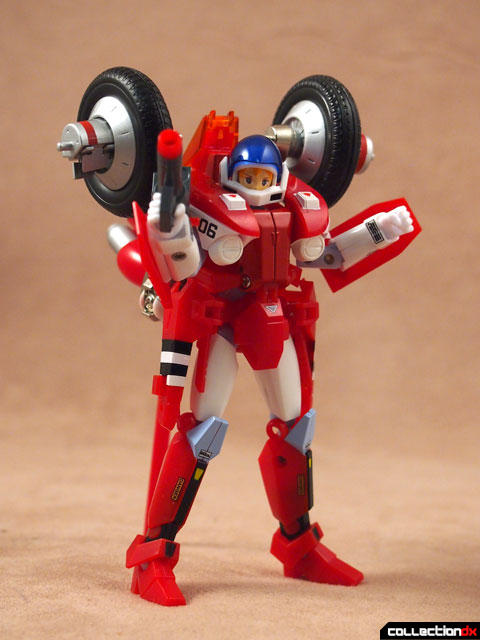 I have been on the verge of buying one of these things for years. Thanks for the veto!

Man Josh your Mospeada reviews are by far the best. Although the Toynami review where you refer to transformation as wrestling a drunk octopus is still the greatest.

Thanks. Can't wait to see your full set with the CMS figures.

I would only get it for the main figure alone, since one can never have too many small anime people on shelf. Should have at least made Mint a posable figure as well, would have made up a little bit for the rest of the set's shortcomings.