Not much else can be said about the famous Valkyrie design. I mean, it’s really not that different from the others aside from the head and a little bit of armor. But what is different here is that it is the first Macross toy to be part of the Revoltech line, and it arrives courtesy of HobbyLink Japan. 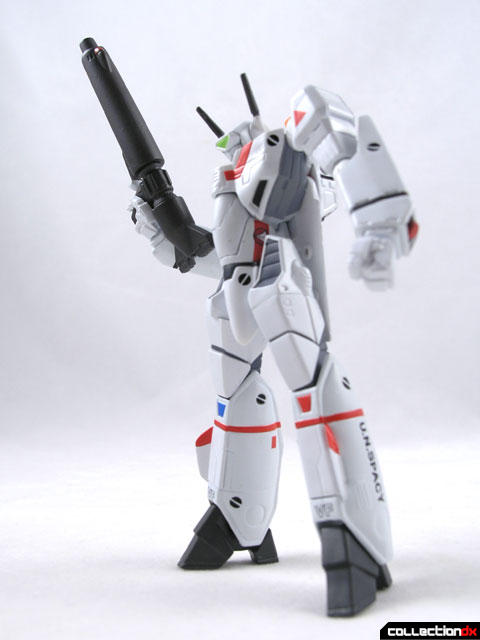 The VF-1J Super Valkyrie comes from the Macross TV series which aired in 1982-1983. This is the Valkyrie that Hikaru Ichijyo piloted.

The 34th Revoltech has 37 points of articulation and comes with a fair amount of accessories: 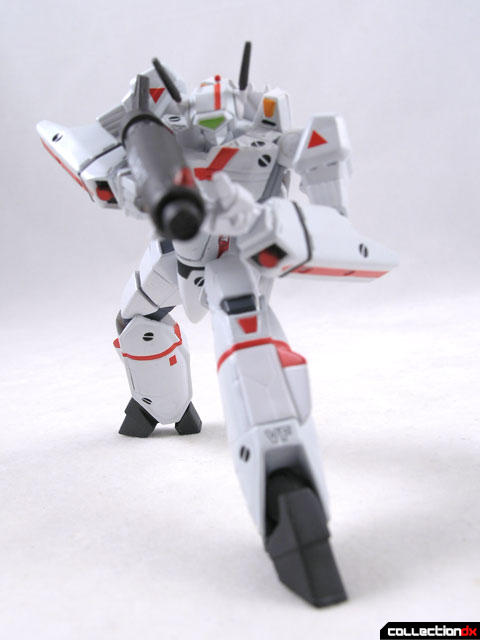 The figure looks great with or without the armor. The armor plugs in easily to the figure and once assembled, stays on securely. Some liberties were taken with the design of the armor to accommodate the Revoltech style, but that is to be expected. The figure can hold the gunpod in its hand or it can be attached to the back of the arm armor. 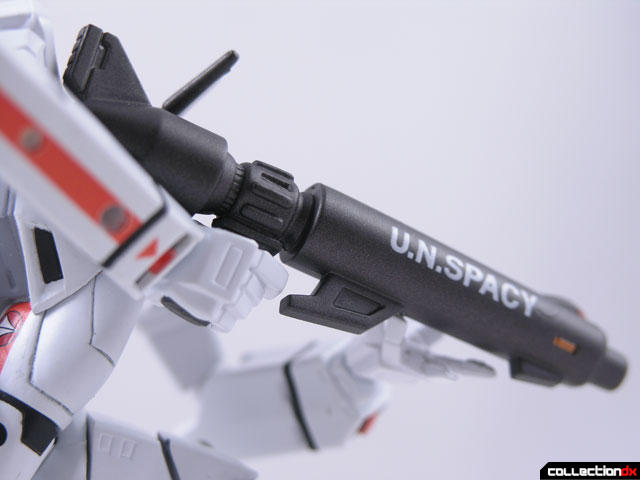 Included with the VF-1J is your standard Revoltech stand, but it enables you to do some pretty cool poses. 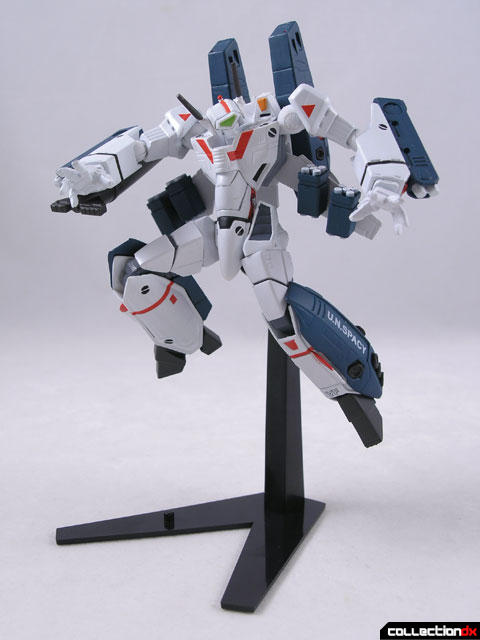 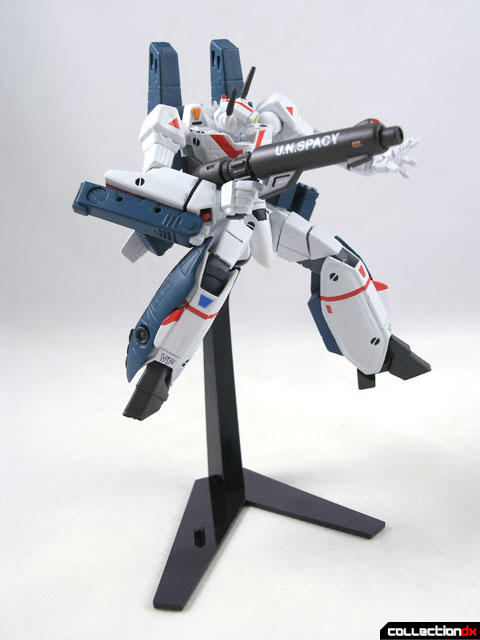 It should go without saying, but this toy DOES NOT transform into any other mode. It’s a poseable figure – that’s it. 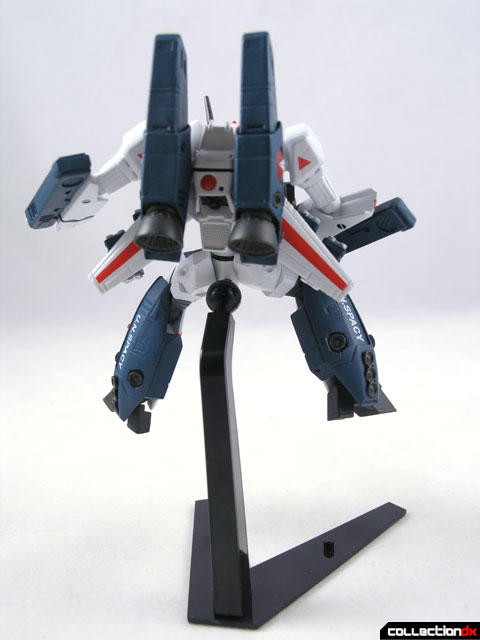 Yamaguchi’s sculpting is top-notch as usual, but this Revoltech fills me with a bit of anxiety. As with the Eva toys, this could open the floodgates to tons of Valkyrie toys. Think about it – you have your movie versions, your TV versions, with armor, without armor etc… it could go on forever. Let’s hope Kaiyodo exercises restraint and not flood the market with them. Hopefully, they will do a lot of the supplemental mecha and we can finally get some Regult toys. 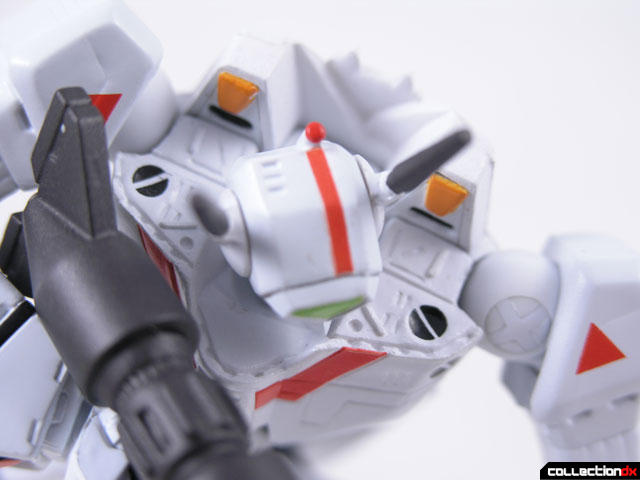 As always, The VF-1J Super Valkyrie Revoltech is available from HobbyLink Japan 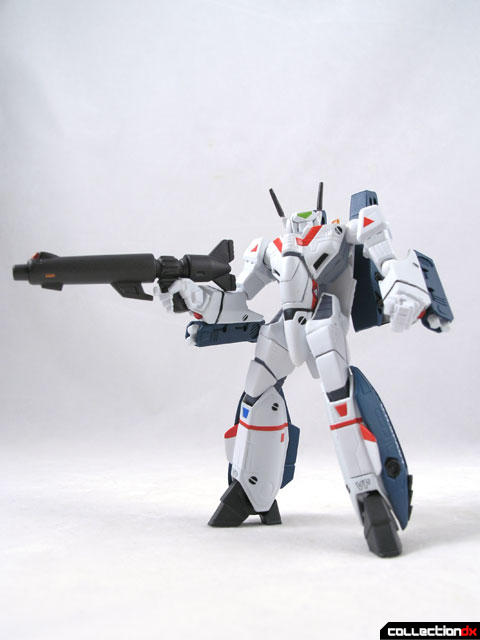 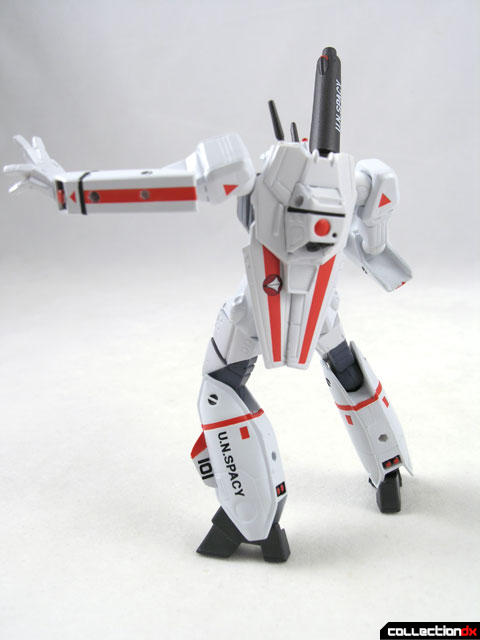 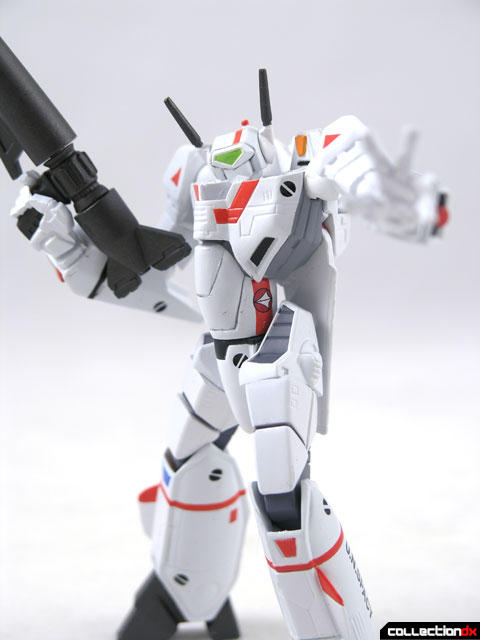 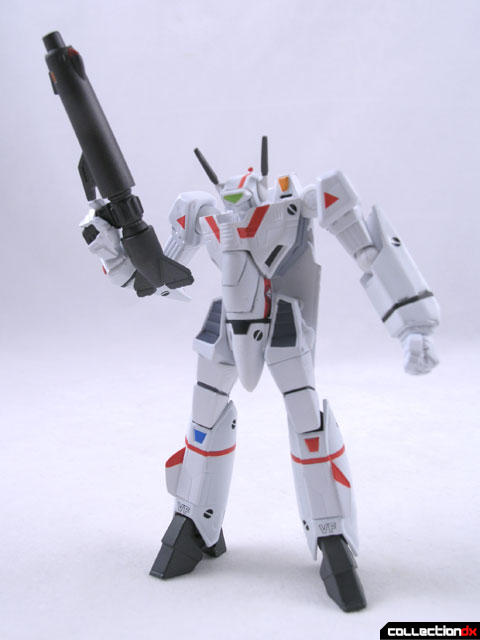 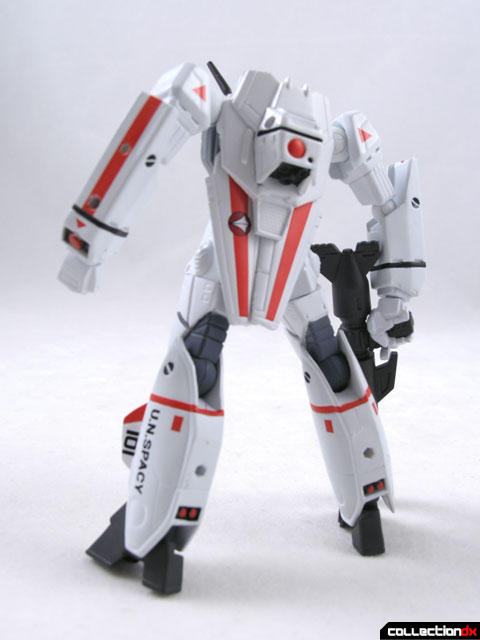 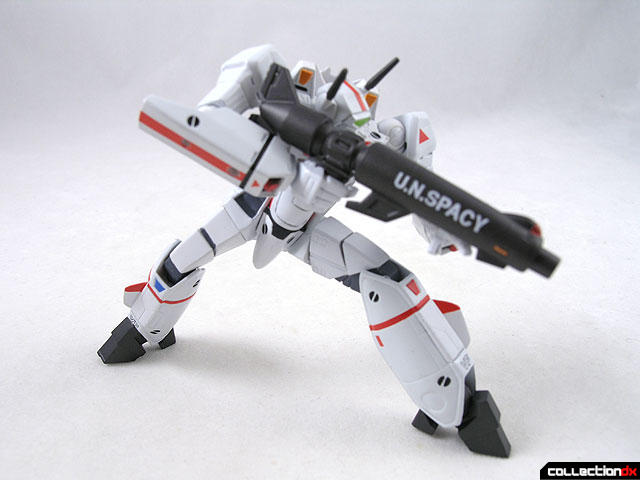 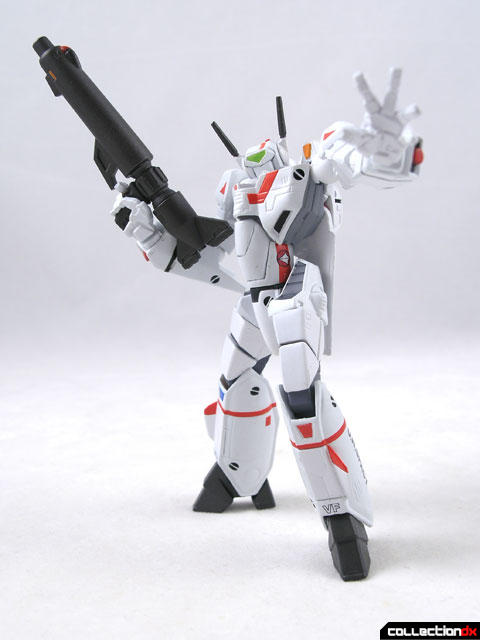 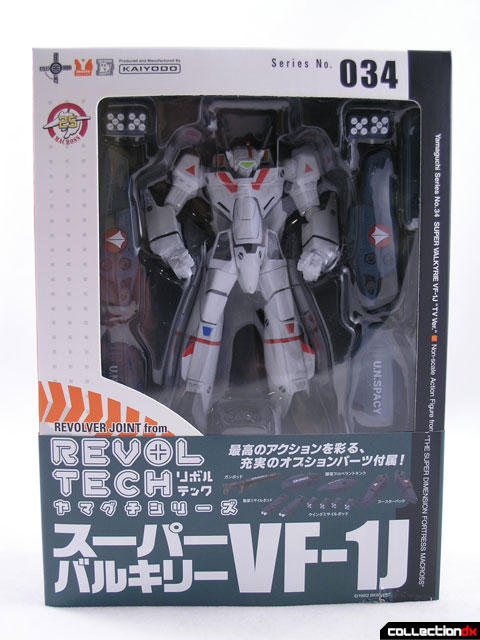 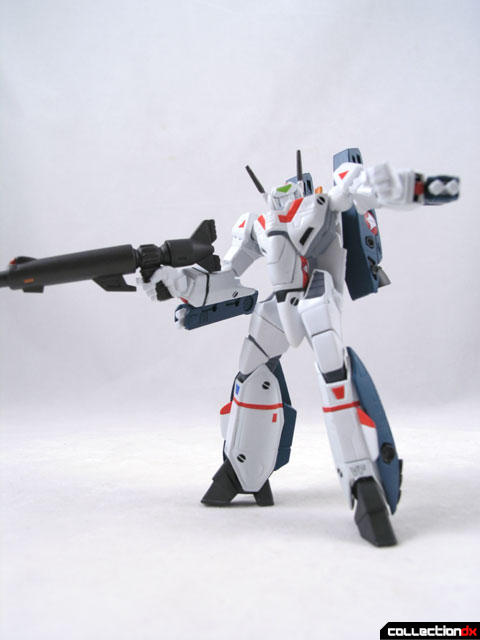 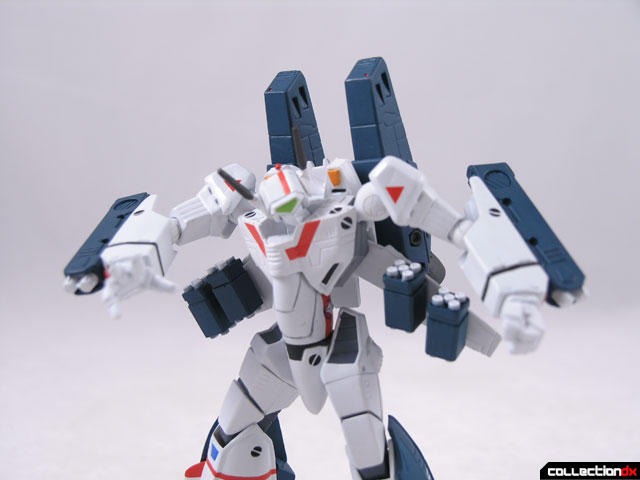 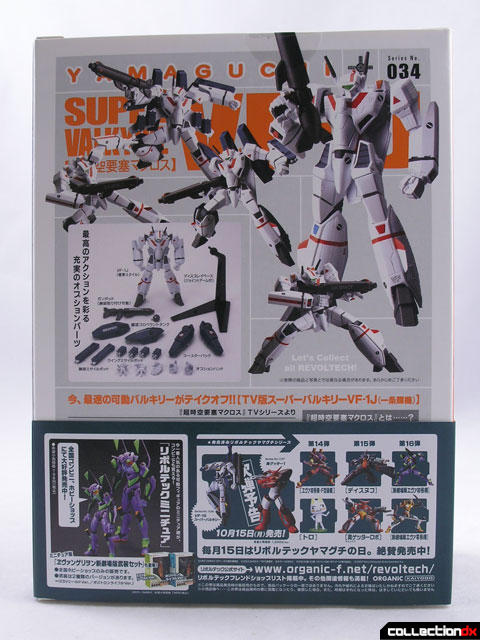 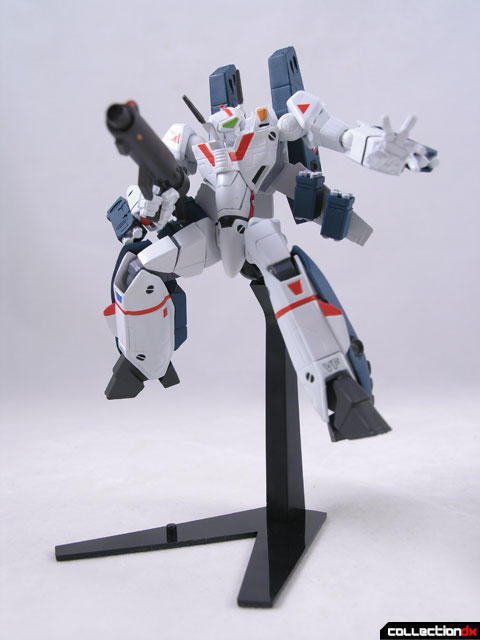 2 comments posted
Only owning the Takatoku

Only owning the Takatoku 1/55 VF-1S (Skull Leader) and VF-1J (Hikaru Ichijo) i have to say that the Revoltech VF-1J is a very welcome addition to my extremely small Robotech/Macross collection and my Revoltech collection...

Waiting on the VF-1S to be released (Mid October i believe) and have just pre-ordered my VF-1A (Released mid November ?)...

Now to cross my fingers that they'll release an Officers Battle Pod...

But weren't we saying the very same thing about Toynami's 1/100 scale transforming line???

Not to be a pessimist or anything...just saying...