The CM’s Corp Brave Gokin Patlabor figures were fantastic pieces, and the vinyl supplementary mecha they produced were equally awesome. I don’t know why I didn’t get around to one sooner, but I finally scored a KV-98 “Pickel-Kun” on a wicked sale.

CM’s made two versions of the labor: OVA version (Red) and TV version (Tea). The one you are looking at here is the OVA version. 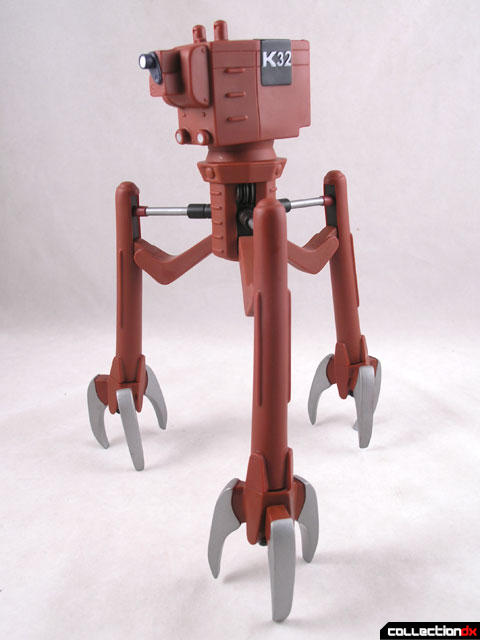 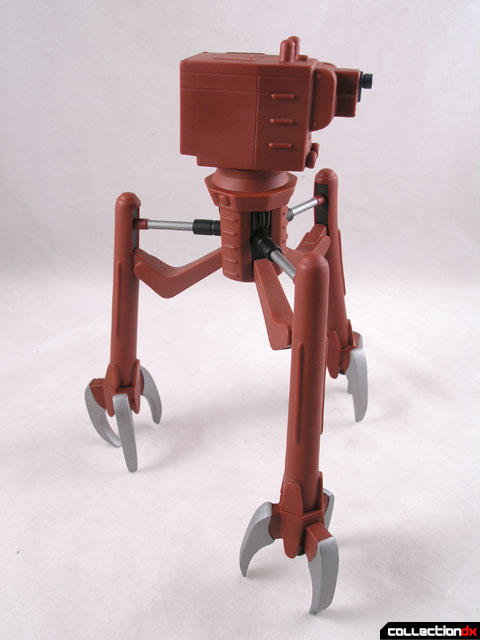 In the series, the KV-98 Pickel is a construction labor, built for work in mountainous terrain. However, terrorists hijack a unit and it is up to the Tokyo Police SV2 division to stop it. 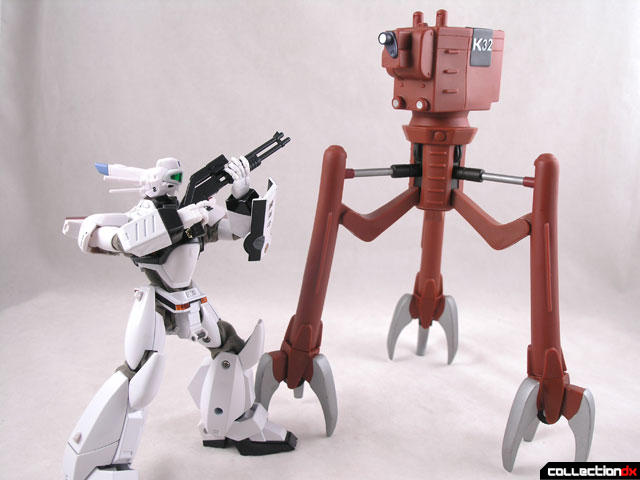 I was surprised at the size of the box this came in. It was huge – about a 12” cube. Inside the cube, the Pickel-Kun rests in a plastic tray. 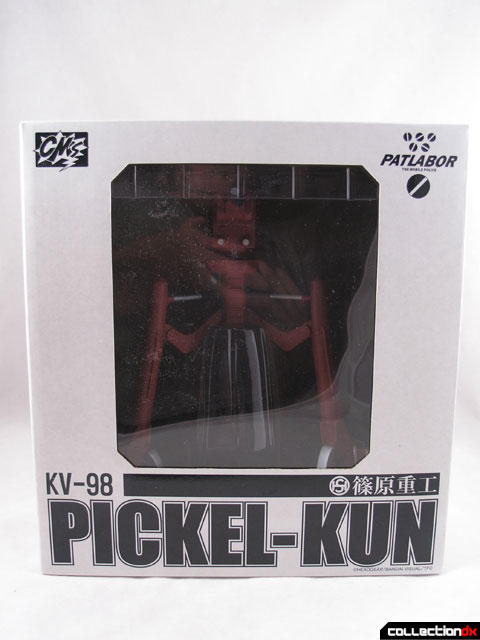 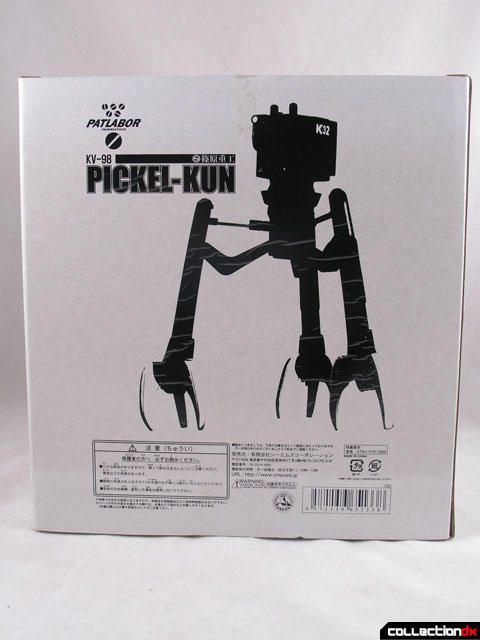 The figure is made out of vinyl and is big – it towers over the in-scale Ingram. That’s how big it is in the show. The figure is lanky but its height makes up for it. 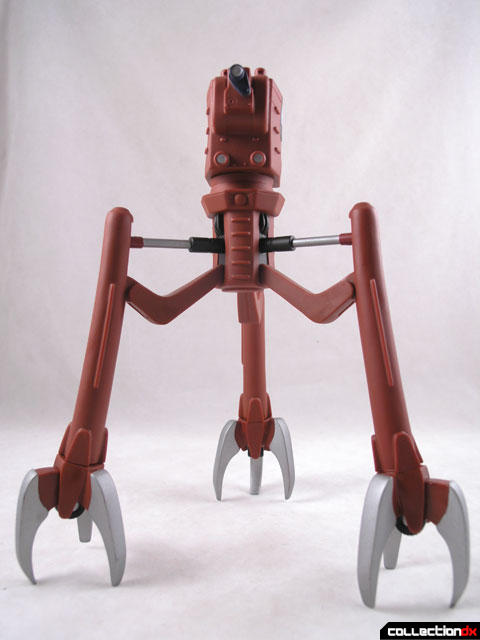 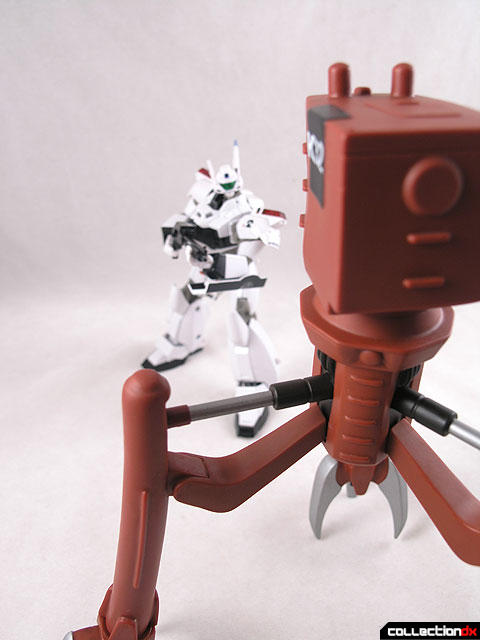 Pickel-kun rests on three vinyl legs, each tipped with a wheel and three toes. The wheels do not move. In fact, the only articulation in the figure is in the head section. 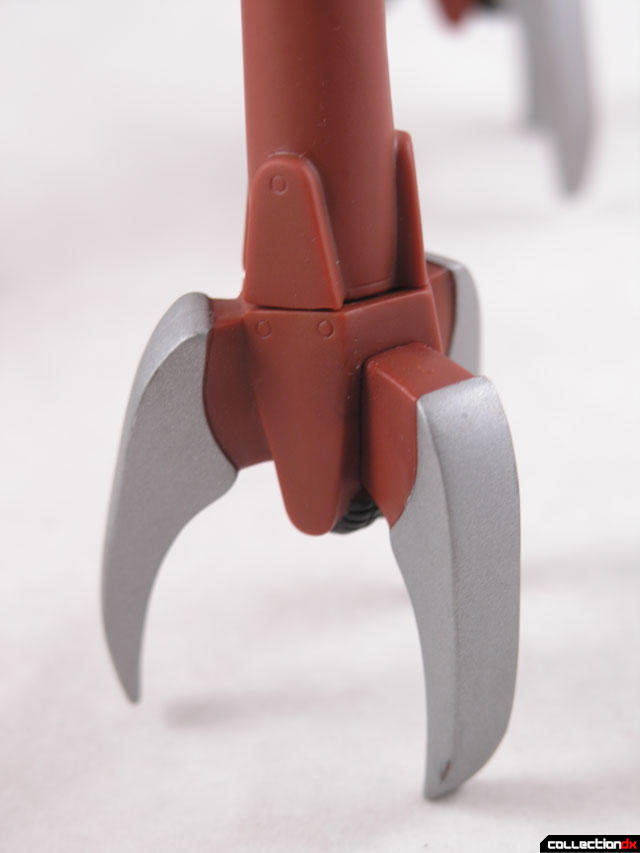 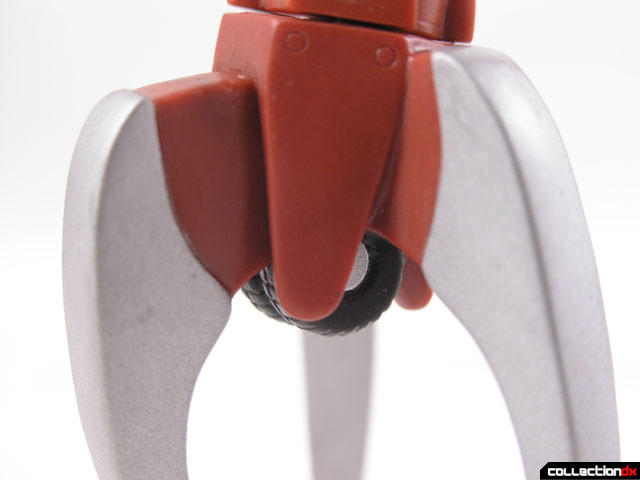 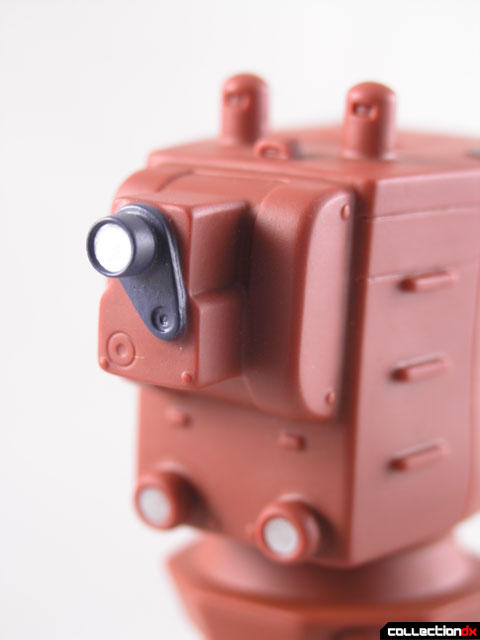 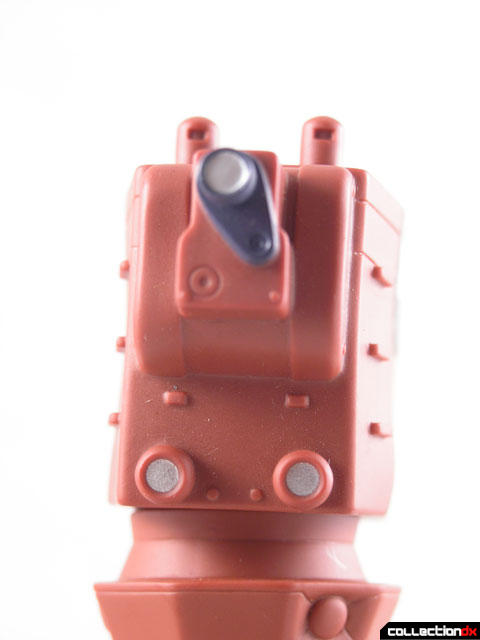 Tampo printing is clean, and paint apps are minimal. 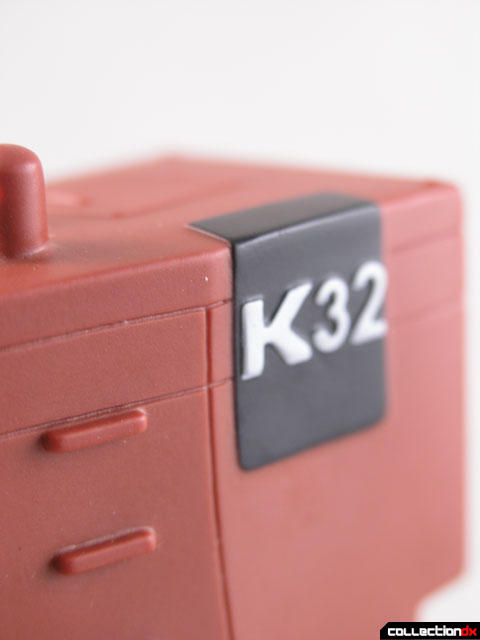 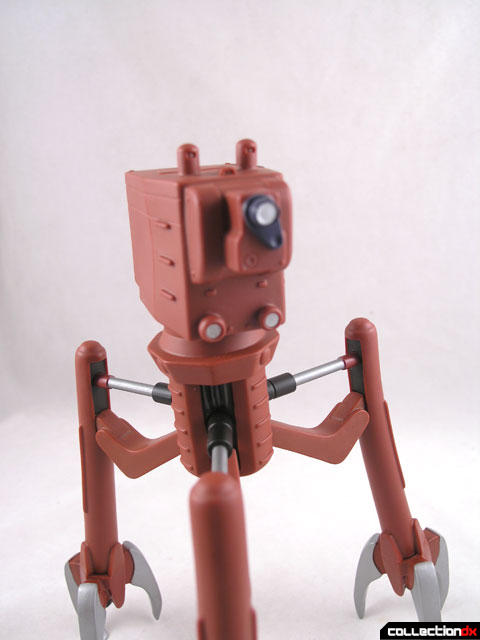 It doesn’t do much, but it looks cool, and will fit right in with your CM’s Patlabor collection. 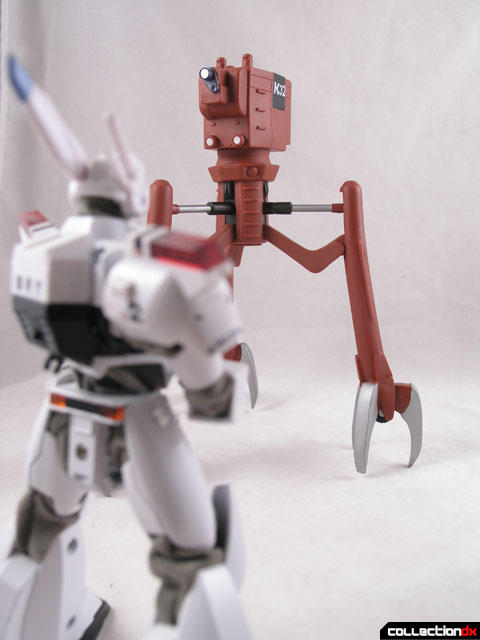 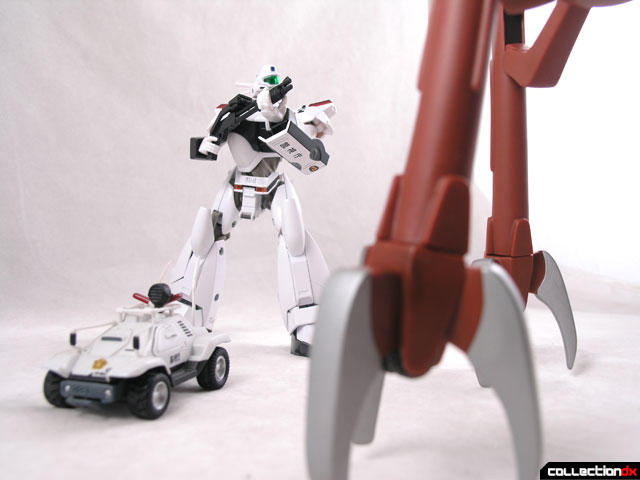 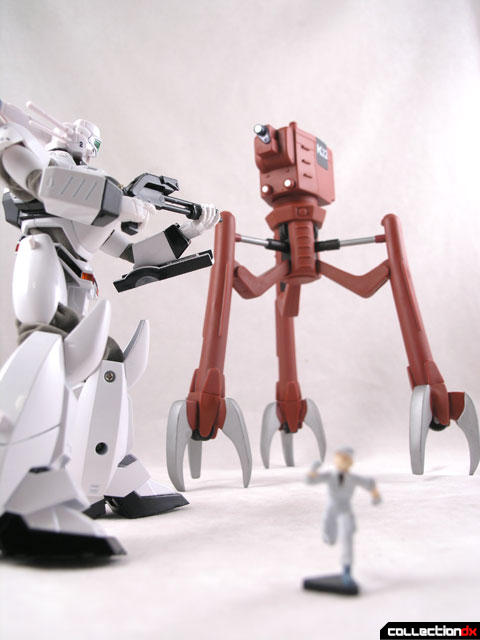 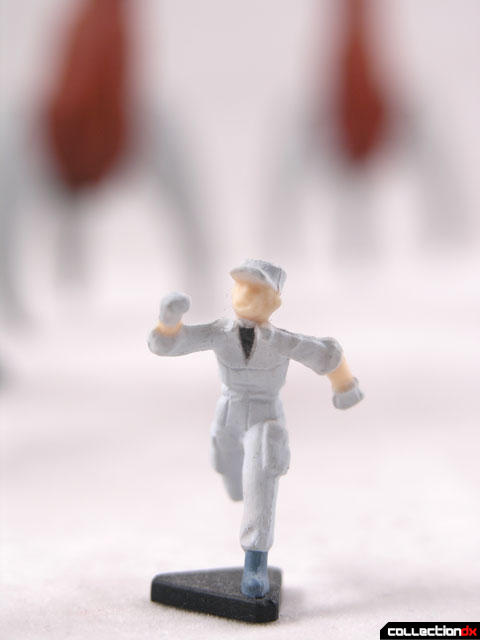 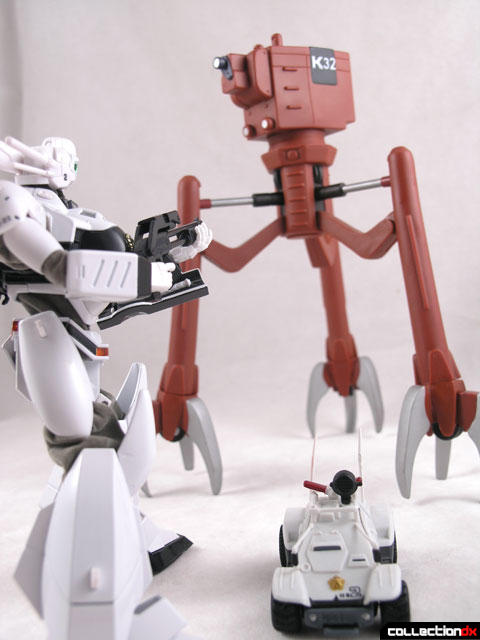 2 comments posted
Nice to see a review of this.

Nice to see a review of this.

I think Drifand of TBDX modified this so it could move its legs with the pistons.