Jet Jaguar (ジェットジャガ) is a hero robot that appears in the Godzilla film Godzilla vs. Megalon (ゴジラ対メガロ). Jet Jaguar is a robot created by inventor Goro Ibuki. The robot fights alongside Godzilla to defeat Megalon and Gigan. According to Wikipedia, Jet Jaguar is the result of a contest Toho had in 1972 for fans to create a new character. Originally the movie was just going to be Jet Jaguar and Megalon, but Toho added Godzilla into the film fearing Jet Jaguar would not carry it on its own. 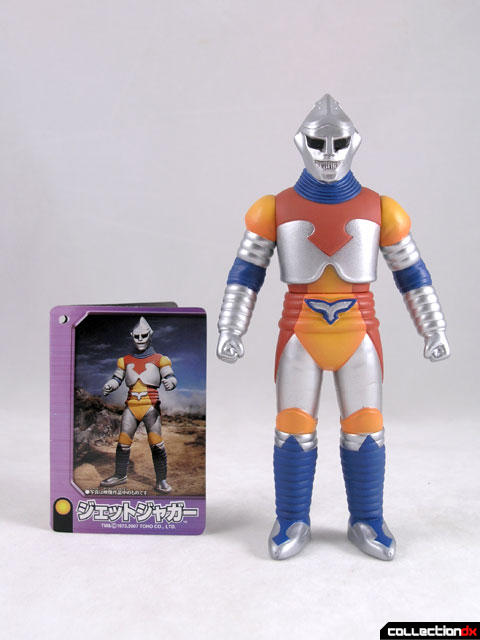 Jet Jaguar's main power is the ability to fly and increase his size.

This soft vinyl figure is about 6" tall and part of the 2006 Movie Monsters line. The figure is a really nice representation of the fan-favorite character. Jet Jaguar has not gotten a lot of love in the past from toy companies, so I am glad Bandai stepped up to the plate. The figure only has three points of articulation, but the paint and detail are excellent. 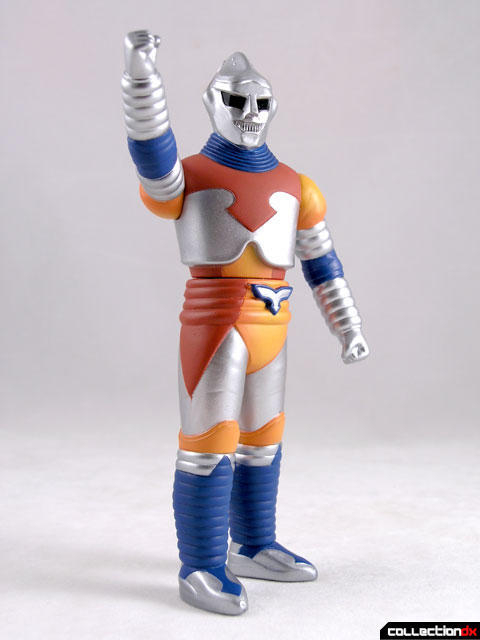 Now, if they can only make a diecast Jet Jaguar.... 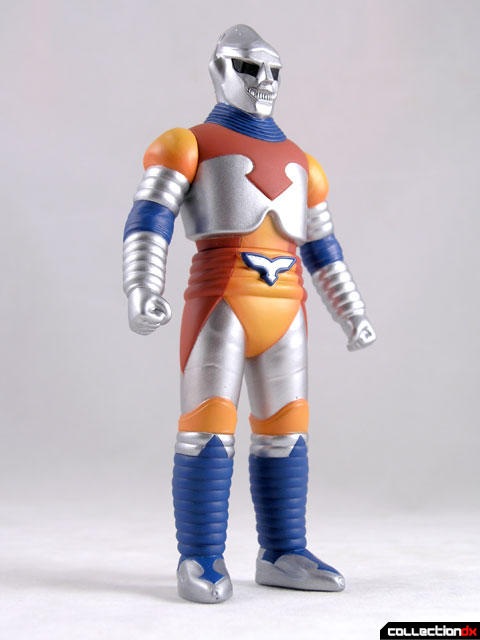 Don't laugh! I vividly remember that episode of MST3K. My late nephew and I used to always say "He's basically good-hearted but he'd like to smash that kid against a rock"! LOL Great stuff!! Haven't seen that in a long time!

This is probably my favorite review ever.