"The new Goblin is cooking up pumpkin bomb disaster in his secret lab. Can Spider-Man spread his stretchy web in time to catch the bombs?

Secret Lab Assault features a large Spider-Man head that opens to become the base plate and shell for the Goblin’s Secret Lab. Spider-Man and Goblin Mico Figures are included and 155 pieces to build Goblin’s high-tech lab with weapon making machine and launching cannon. The Spider-Man head also makes a great room display and all the pieces fit inside for storage.

Inside the Secret Lab, the new Goblin has created the ultimate device to make and launch bombs to destroy Spider-Man. Green balls travel down the chutes into the oven that converts them to orange pumpkin bombs. The canon launches the bombs and Spider-Man tries to stop them with his web." 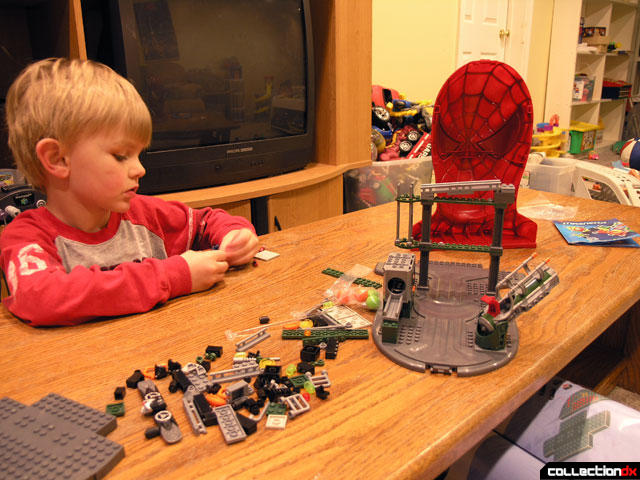 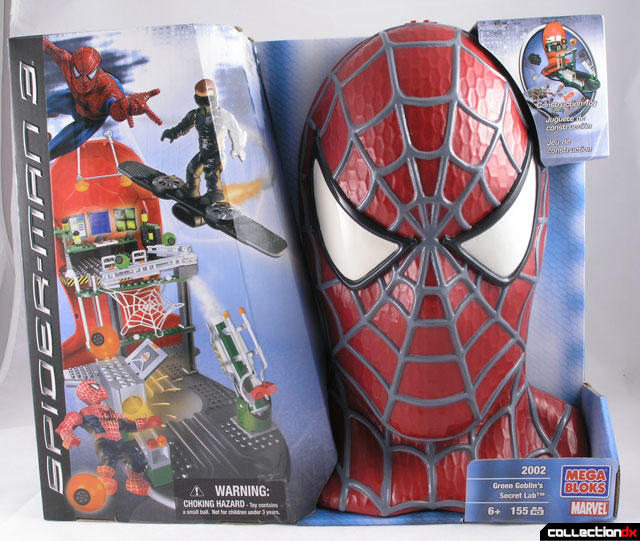 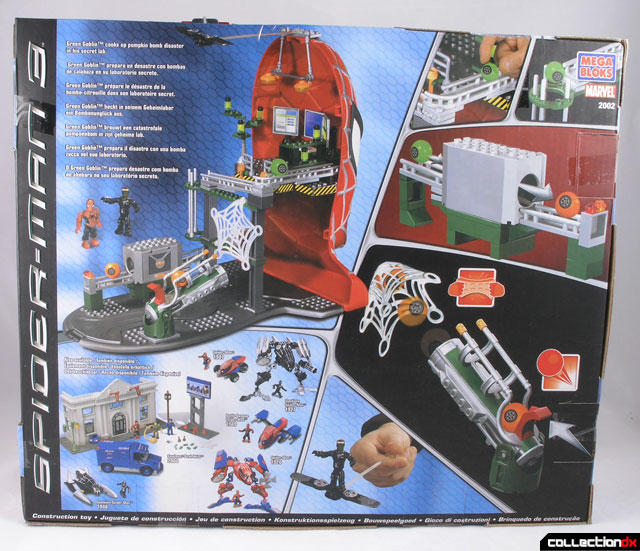 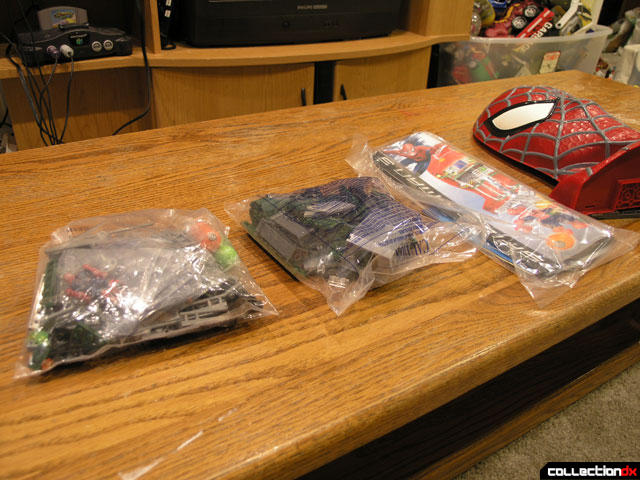 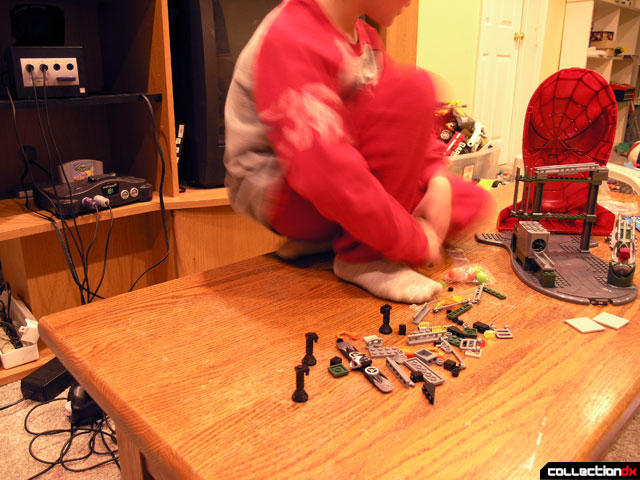 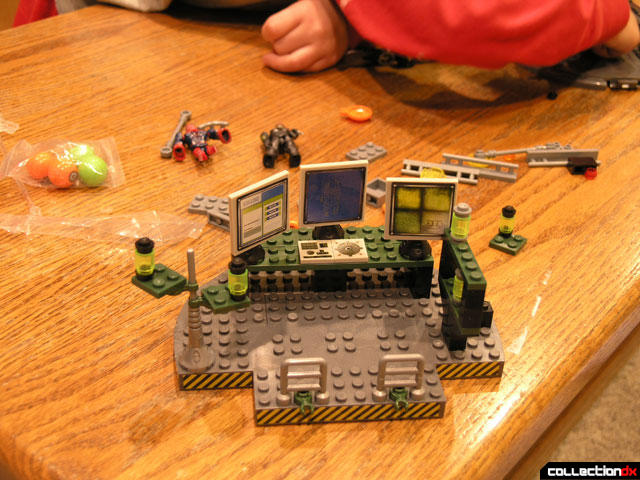 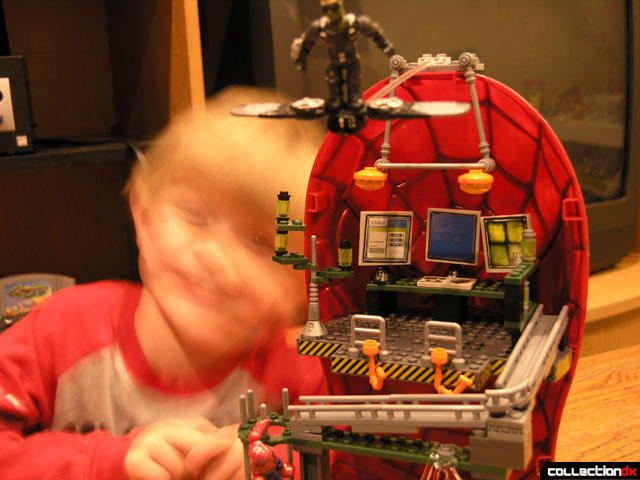 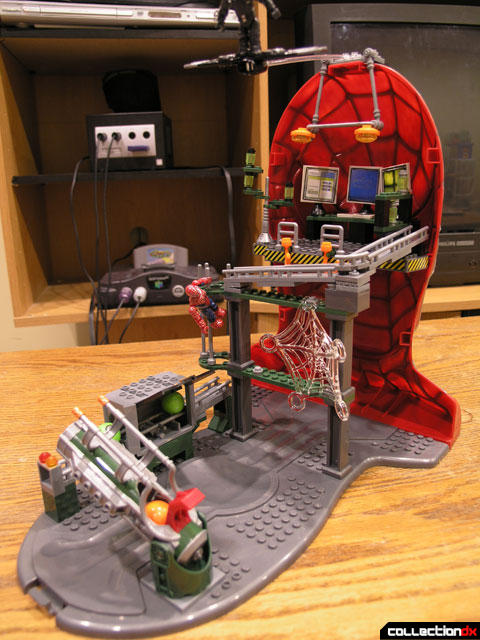 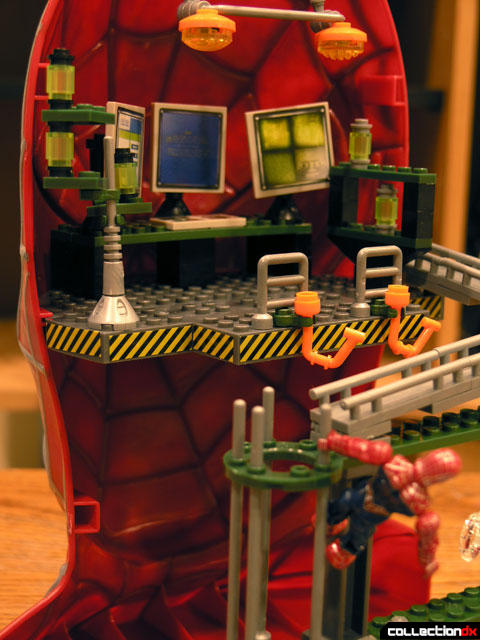 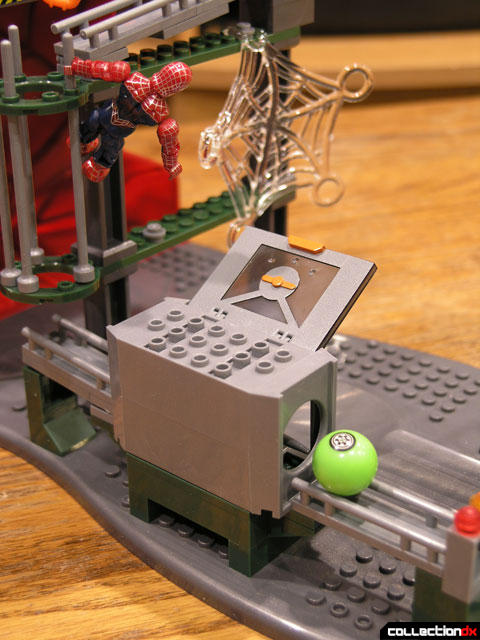 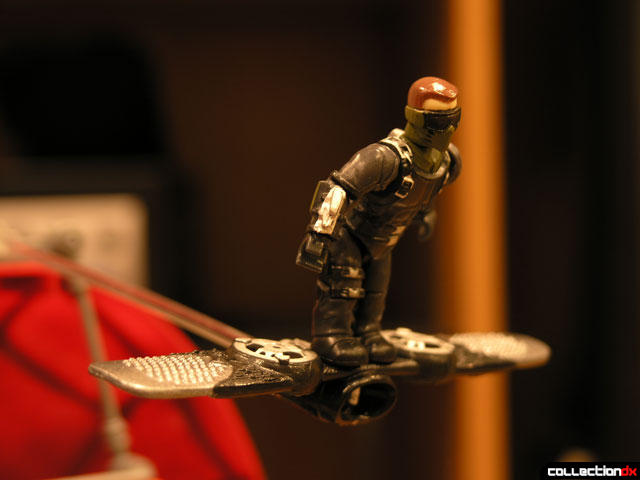 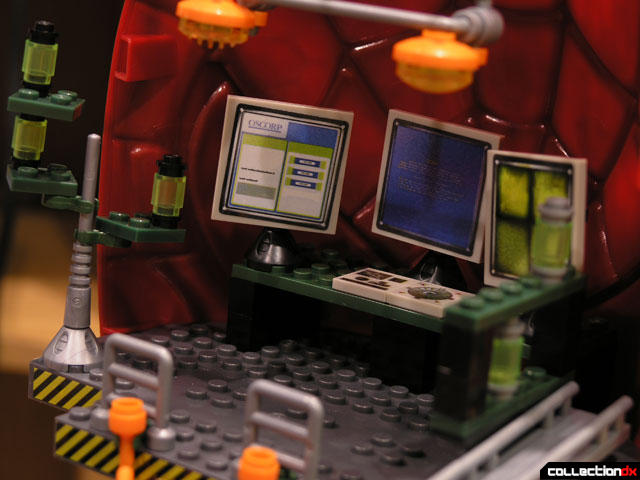 The Green Goblin's Secret lab is comprised of over 150 pieces that when assembled form a functioning play set. When disassembled, all the parts fit into the Spider-Man head.

The Lab features a cool roller coaster like rail system that allows orange pumpkin bombs to be fed through a machine and be turned into green pumpkin bombs. From there they can be fired out of a cannon at the stretchy rubber web target. Included in the set is a small Spider-Man and Goblin Block figure.

I found a cool easter egg in this set - one of the display screens in the Goblin's lab is displaying the Windows "Blue Screen of Death"! That is very cool.

This playset is designed for ages 6 and up.