When I first saw images of the Revoltech No. 21 – GR-2, the only thing I could think of is “I MUST HAVE IT”. Getting a Revoltech figure of Mitsuteru Yokoyama’s Giant Robo is one thing, but getting a figure of GR-2 is absolutely amazing. 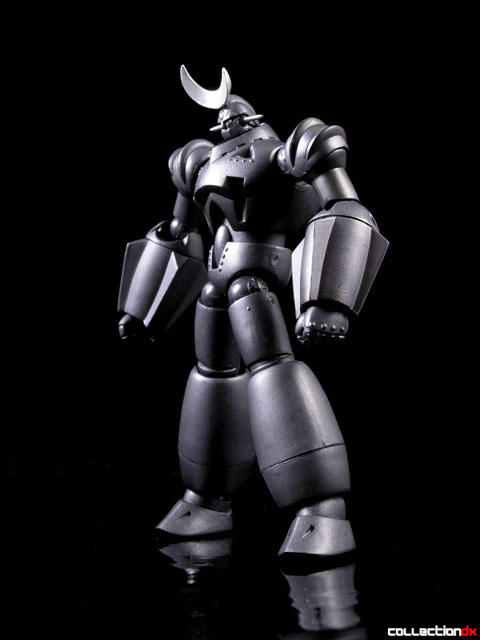 Revoltech No. 21 GR-2 arrived recently from HobbyLink Japan. The character is an enemy robot in the 1992 OVA series Giant Robo. As a weapon of the evil organization Big Fire, GR-2 faces off against Giant Robo in deadly combat. 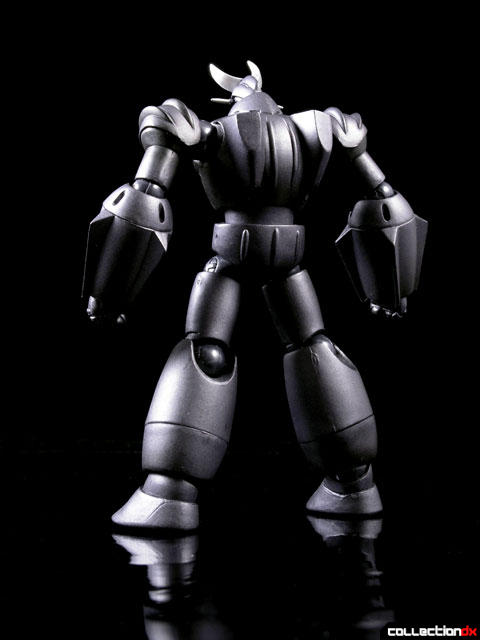 GR-2 is a simple figure – there are no real gimmicks here, just some variant hands and a stand. The sculpting is the usual top-notch from Katsuhisa Yamaguchi. Revoltech joints in all the right places make him extremely poseable.

The selling point of GR-2 is that he includes the bazooka cannon for Giant Robo. While at first I thought it was kind of lame that Kaiyodo made you buy another figure to get the bazooka, I understand it now. GR-2 alone would not be worth the 1,900 yen – there aren’t enough accessories. But if you have Giant Robo, you will love having GR-2. You will make them fight. 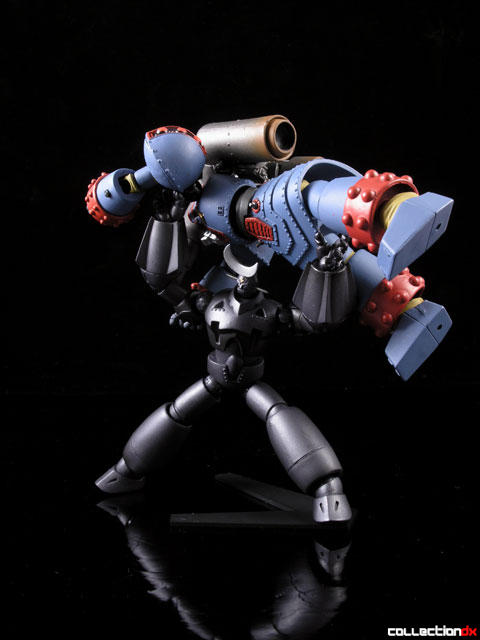 Included with GR-2 is: 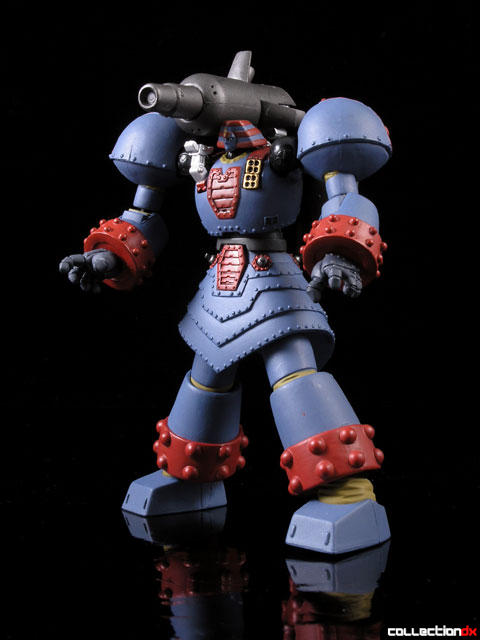 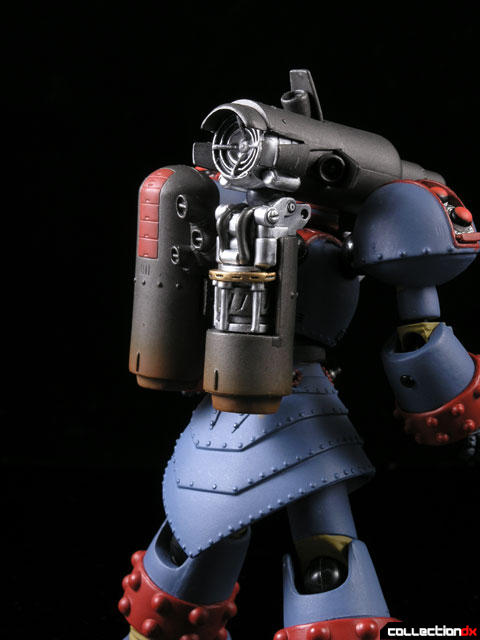 To use the Bazooka with Giant Robo, you have to remove the right tank from GR’s backpack. The cannon plugs into the holes, but be careful – I had a hard time getting one of the Revoltech joints in. On the front of GR, remove the small red tab on the chest and insert the missle stand. The fit here is very loose, and the stand does not plug into the bazooka, so be aware and careful not to lose it. 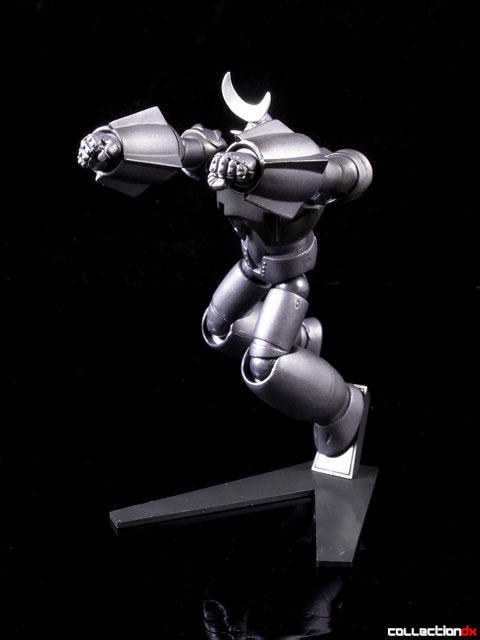