I never "got" Gold Lightan. He was one of the many curiosities that I discovered on my journey through the world of Japanese Toys. Only in Japan would they make a toy out of a lighter. 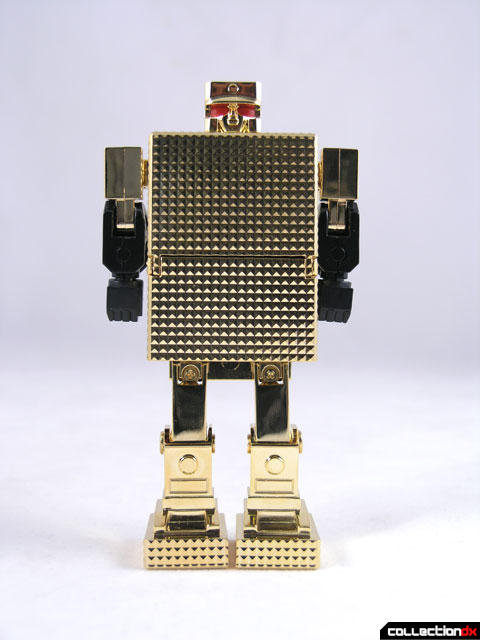 Gold Lightan comes from the show Gold Fighter Gold Lightan (Ougon Senshi Gorudo Raitan - 黄金戦士ゴールドライタン), which aired from 1981 to 1982. The story revolves around Hiro, a young boy who fights evil with his robot buddy from another dimension, Gold Lightan.

This is a reissue of the classic Gold Lightan Chogokin originally released by Popy in 1981. This new version faithfully reproduces the crystal cut chogokin. 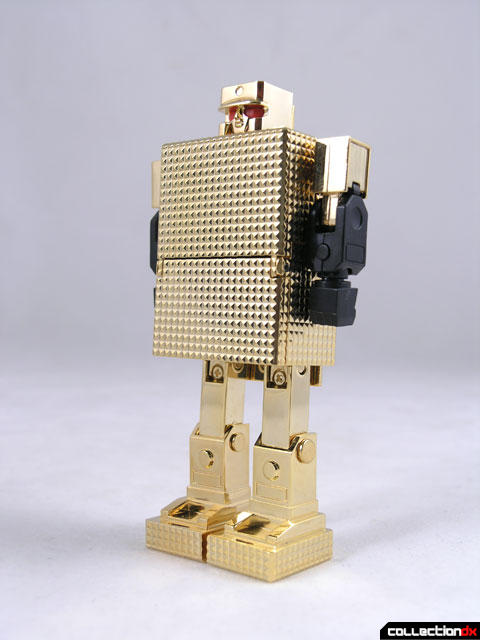 The packaging has been updated for 2007. Inside the box is a replica of the original box, as well as a velvet lined tray. The toy comes packaged in lighter form. 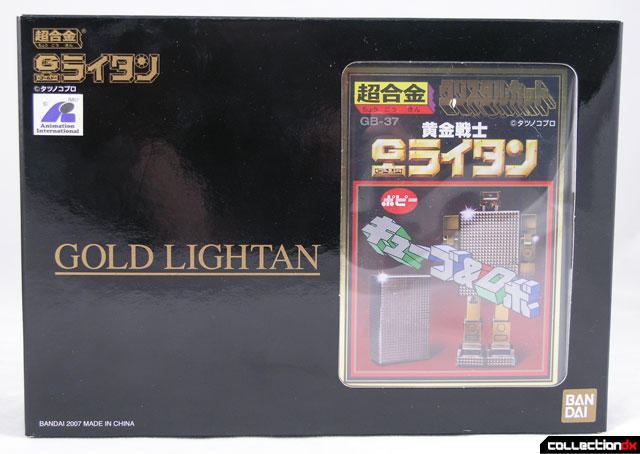 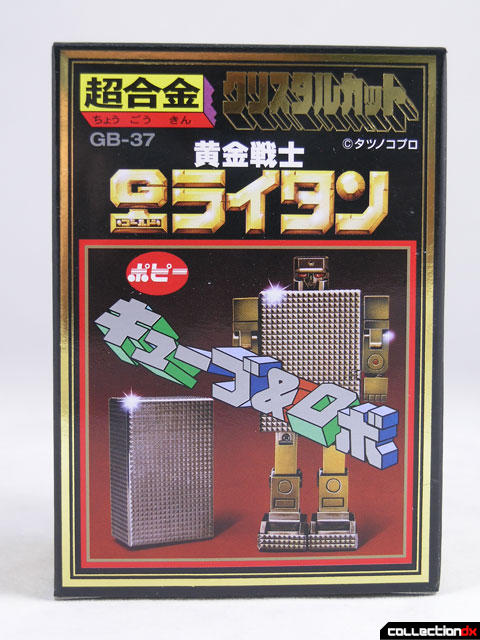 Transforming from lighter to robot is an exceptionally simple affair. Pull down the feet, flip down the top, fold out the arms, flip up the head. That's pretty much it. 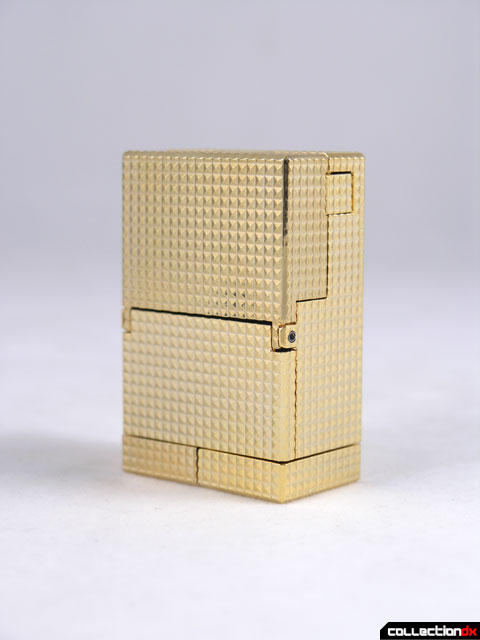 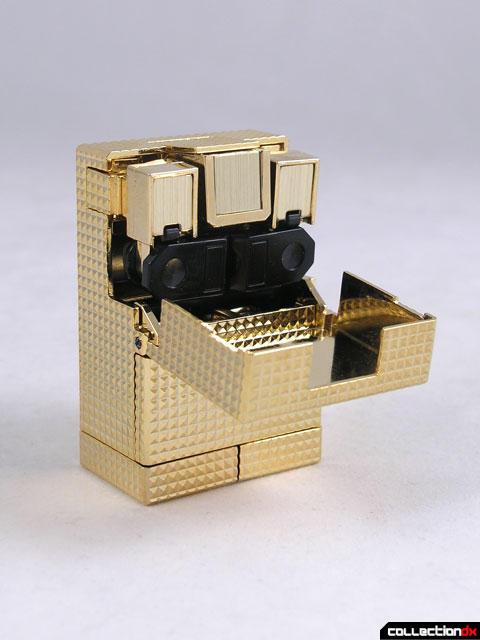 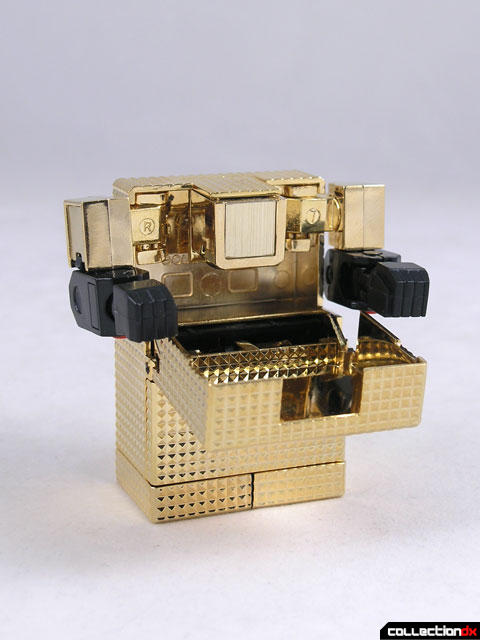 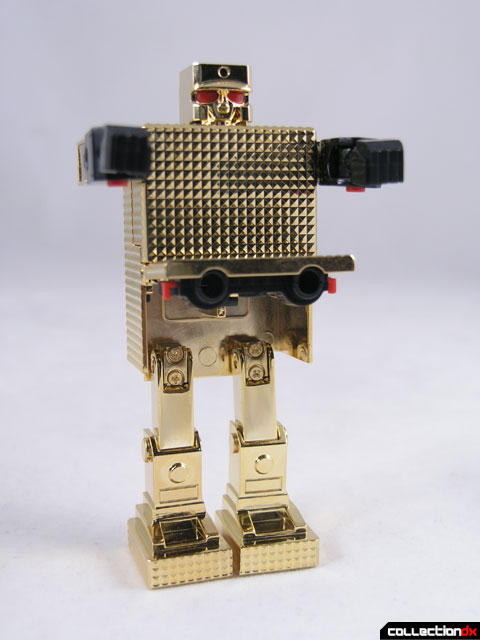 Gimmicks include firing fists and firing missiles. The missile launchers are hidden under the front skirt of Gold Lightan.

If you think Gold Lightan looks like a brick then you are right. In terms or articulation it IS a brick. Sure the legs bend at the knees and ankles, it has elbows, but that's about it. The head doesn't move at all. But if you are buying this piece that is not what you are looking for. This is a big block of vintage toy design. If you dig this aesthetic than this is an affordable way to get a great 80s chogokin. 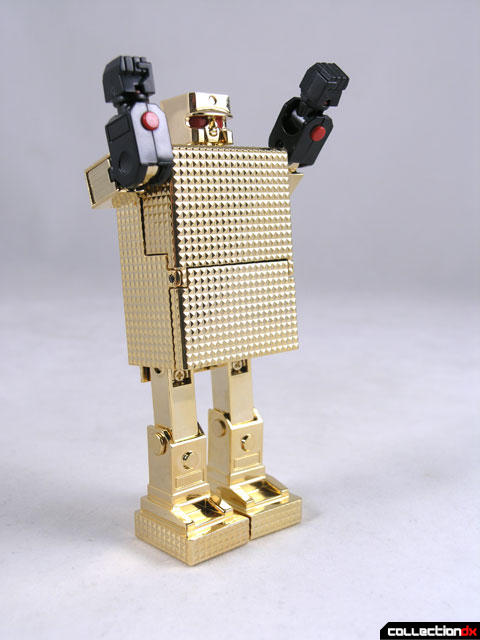 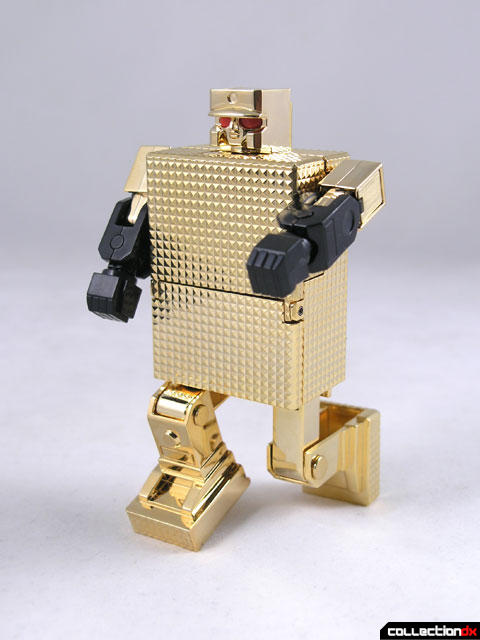