A couple of months back I was on the road with time to kill. So I was stopping around at various stores near where I was, hitting the Dollar Trees looking for a cheap monster fix, and ultimately stopping in at a Toys R Us. Wandering aimlessly through the isles, I stumbled upon these dinosaur/monster toys on the end of an isle. They were near the really little kids area, like stuff for toddlers so naturally I'd not seen them before. Being a fan of large toys and monsters, one in particular caught my eye. This 21" inch tall two headed dragon was only $20. 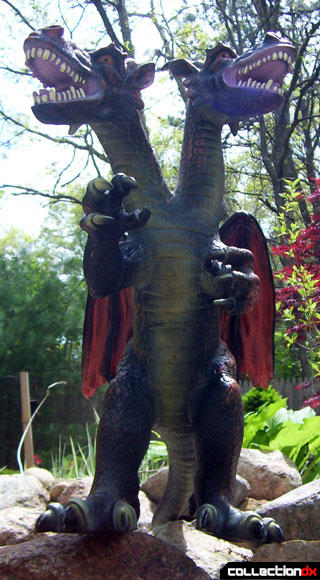 Now, while I was in the store, I just couldn't make up my mind if it was the sort of thing I would want to add to my collection. It wasn't a vinyl, it's not really a classic monster and although it's big, it's certainly not a jumbo. But it seemed like a great value, so I thought I'd bring it home and see how it would fit in with what I already owned. 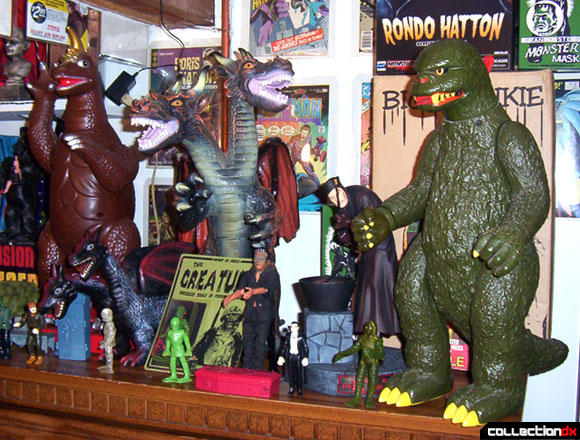 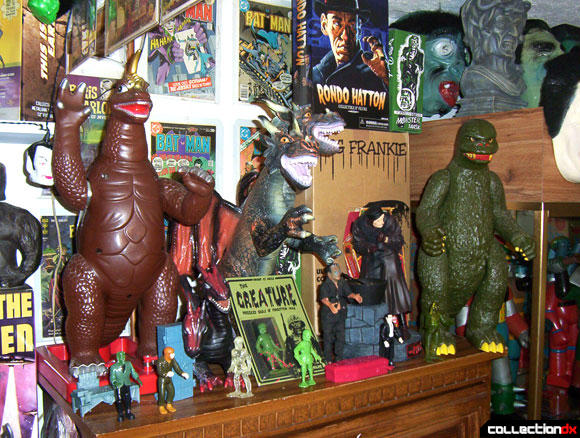 I've had it for awhile now and honestly, I'm still not sure if it fits. It's forward leaning stance is a little too dynamic to fit with classic vinyl toys and unfortunately, it's a fixed position so you can't adjust that. The paint on it is really great though. It really looks like it was made a long time ago, even though it's a new toy. 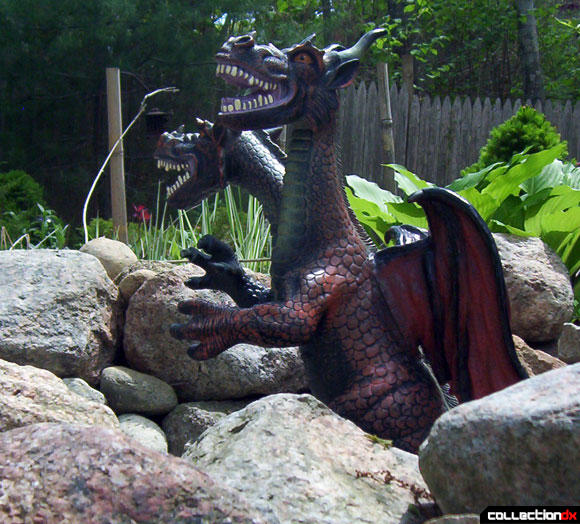 There were a bunch of different toys in the section, many of them just standard dinosaurs, but I decided I wanted to stick to just things that didn't really exist. I even managed to resist the urge to get one that could have easily passed for the Loch Ness Monsters, for as cool as dinosaurs are, I just didn't want to branch out into yet another collection. So, I stuck to just this and another smaller one that also has two heads and wings. Although they aren't exactly the same, you can sort of imagine this one as being the baby. 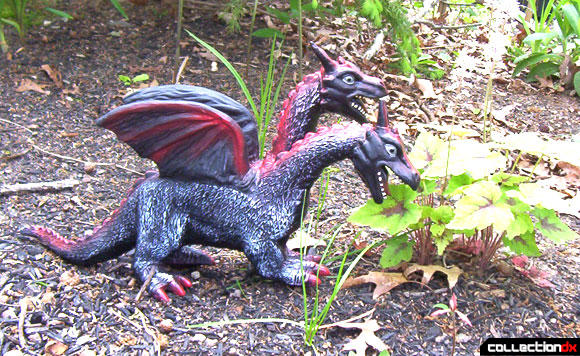 If I had kids, I would totally let them play with these and feel much more confident that it was a good decision to get them. But as a single adult collector, I'm less sure. So, what do you guys think? A good value and acceptable toy crack or total waste of space and money? 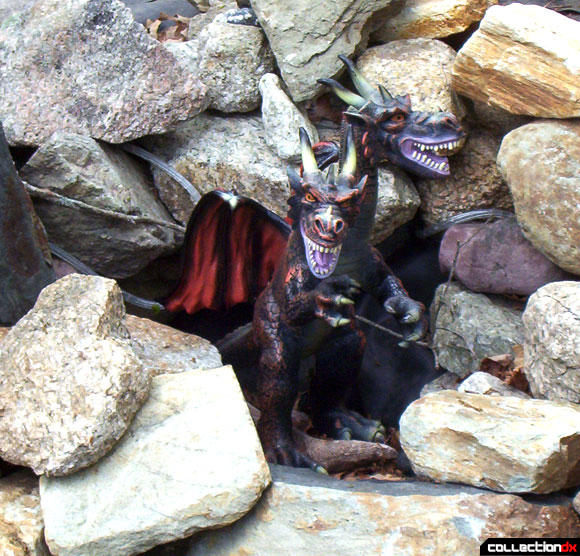 The Giant Foam Two Headed Dragon really needs a better name and came sold loose with a hang tag attached to one of the necks. The tag features a picture of the toy thinking the words "Here comes double trouble!". It is recommended for ages 3 and up.

4 comments posted
Not to bag on you,but I've

Not to bag on you,but I've seen these a hundred times at Toys R Us,and I passed on them even though I thought the price would be like $9.99.
It just seems like a piece of crap to me. That's just my opinion though,if you like it,whatever.

Totally cool. Like I said, it was just an impulse buy and an uncertain one at that. But once I had it I figured, eh, might as well take some pics in the yard and throw it up on CDX on a slow day. :)

As for it being a piece of crap, well... think of who you're talking to here... LOL

This item fits great in your collection, Dave! Thanks for sharing, I think in the long run you won't regret the purchase. Cheers!

with the rest of your collection... and it's big...