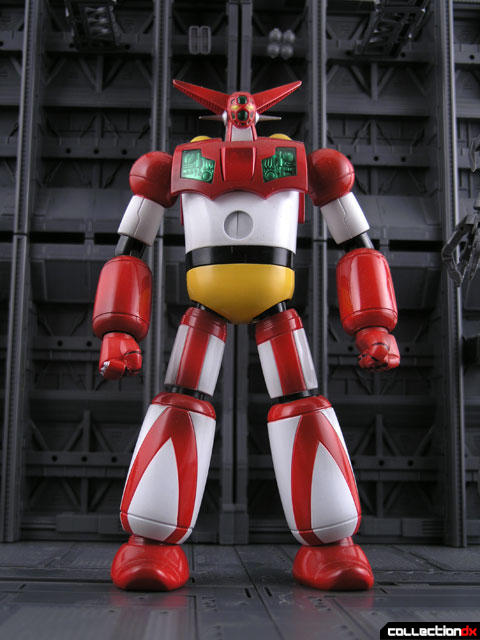 Getter 1 with Full Mantle is available at Anime-Export.com

Being part of the Shin Seiki Gokin line from Aoshima, you can be sure that this thing is loaded with metal. The toy weighs a ton. 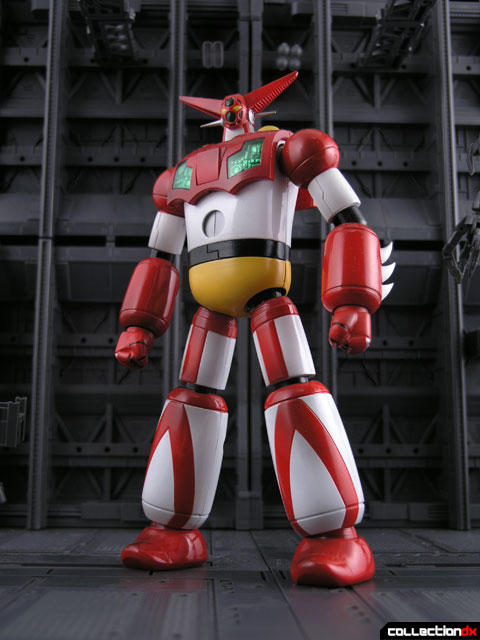 This figure stands about 7” tall and made out of diecast metal and plastic. 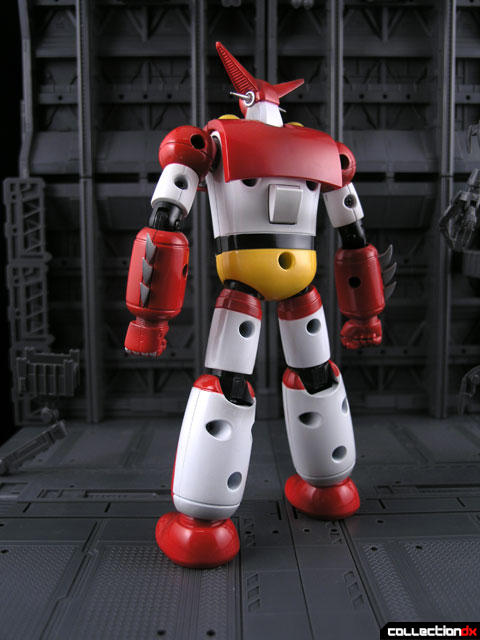 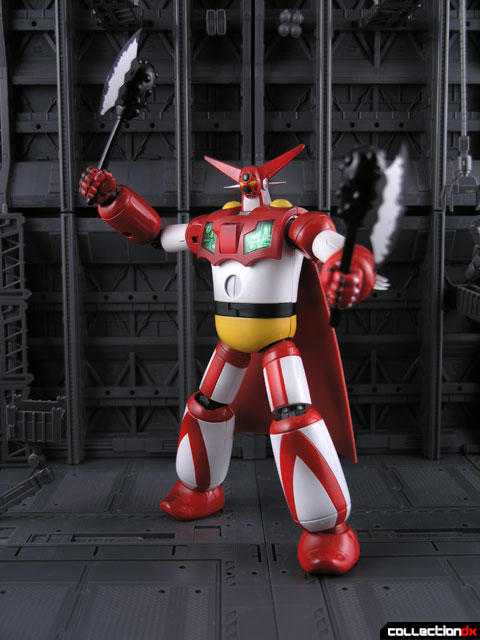 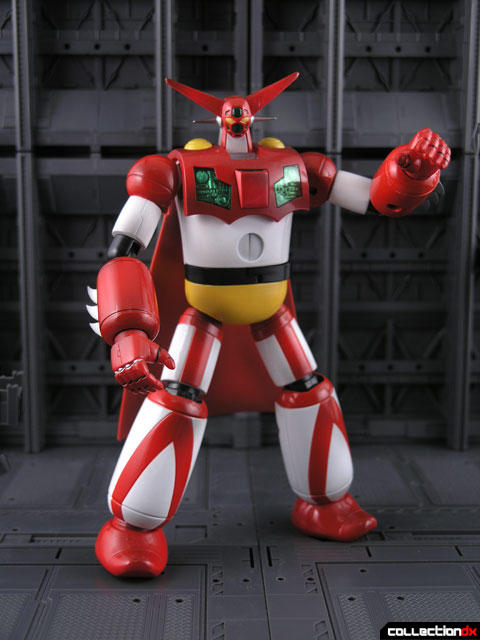 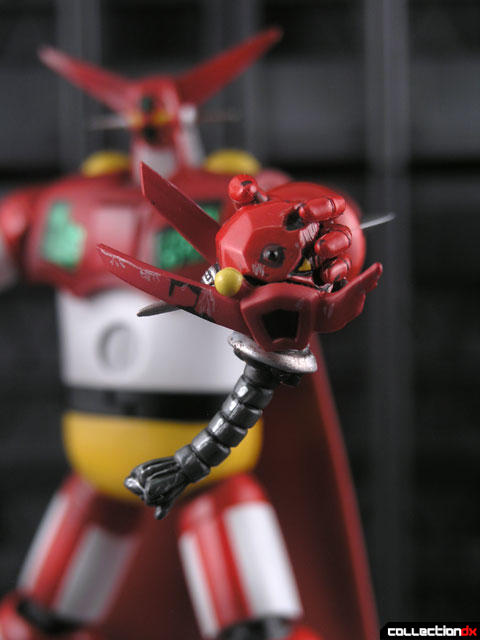 Getter 1 shares many of the same body parts as the Getter 1 (Damaged) and the Black Getter releases from Aoshima. The extending elbows and hip joints are still there allowing a great range of motion. 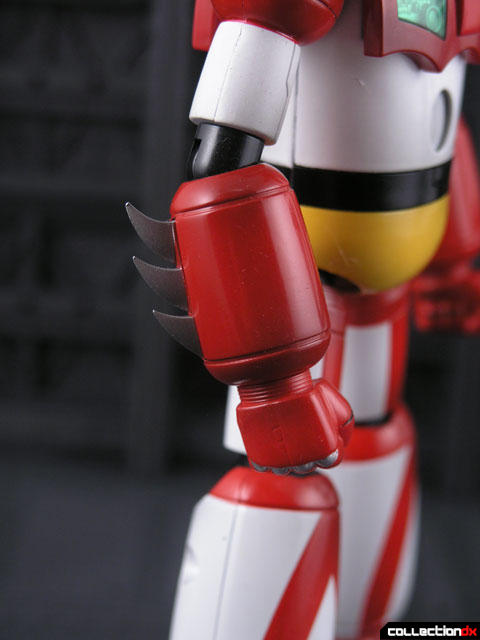 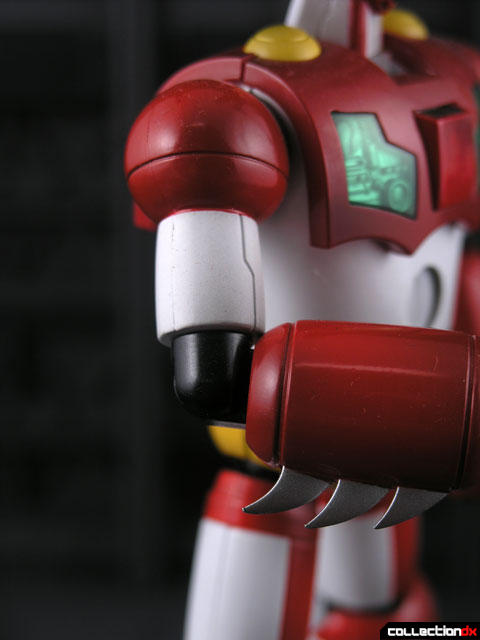 The back shoulder panel can be removed to reveal the intricate inner workings of Getter 1. You can also attach a large rubber cape to the back of this panel Unlike the Black Getter, this cape stays firmly in place. 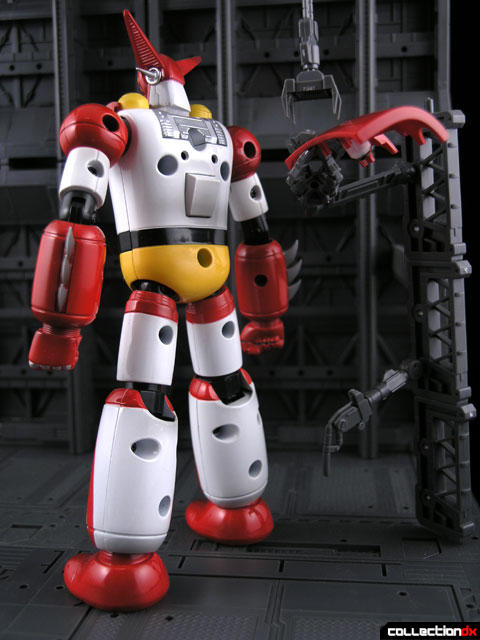 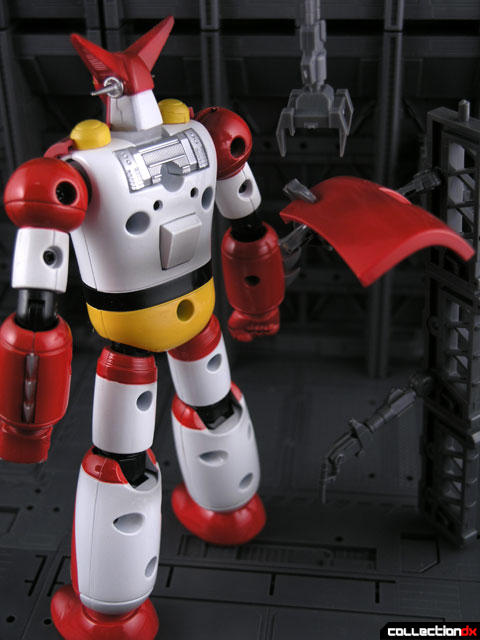 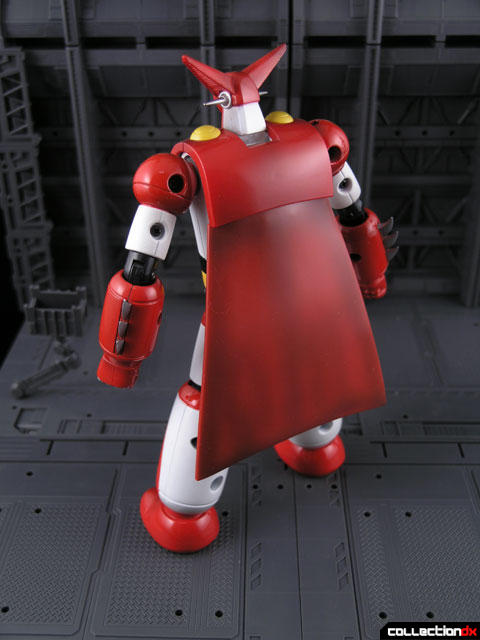 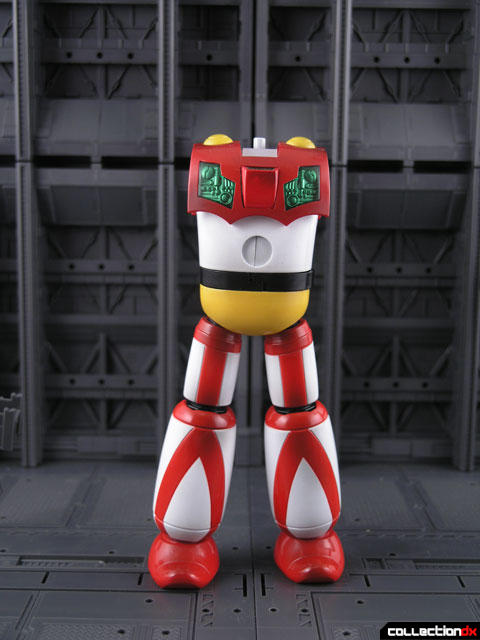 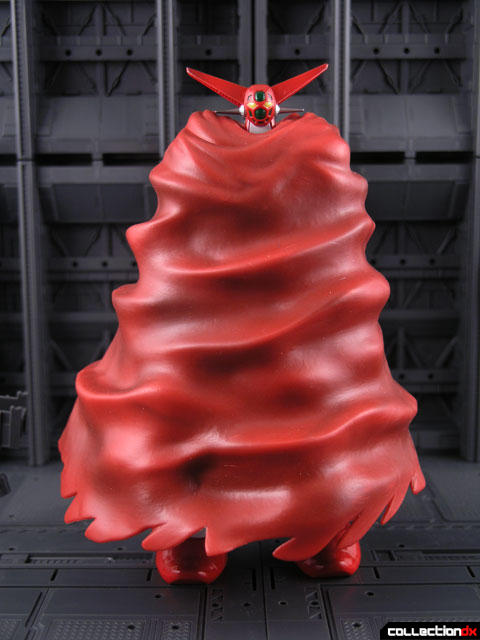 One flaw worth mentioning is the neck articulation. It really can't turn much. This is due to the square shape of the bottom of the neck - when it turns it hits the shoulder shrouds and pops it off. 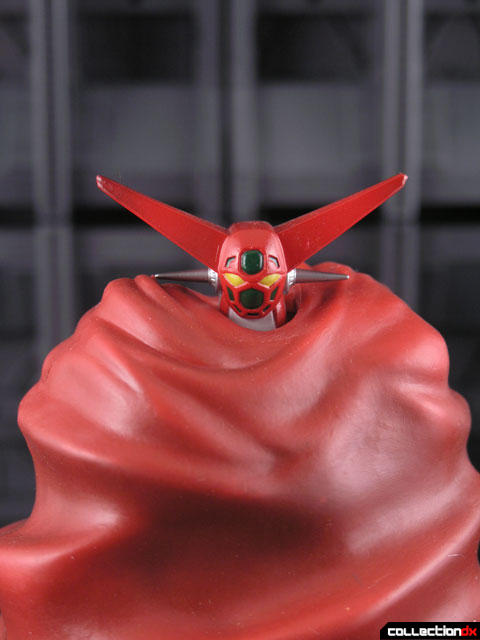 The full mantle looks good, but you really can’t do anything in this mode. It’s a neat accessory, but I don’t know if it's worth getting if you already have an Aoshima Getter 1. If you don’t then this is a good place to start. 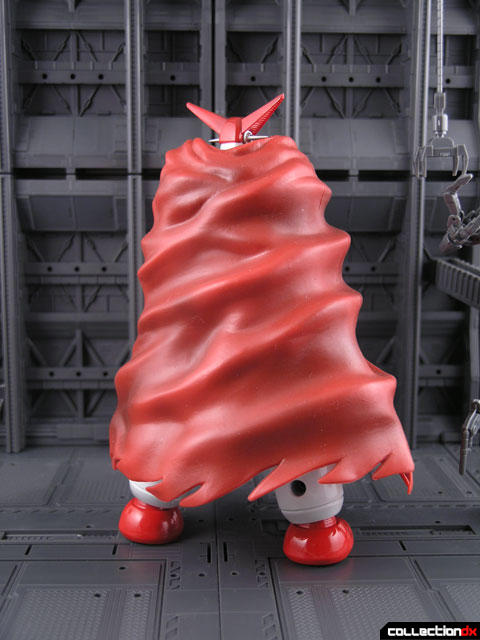 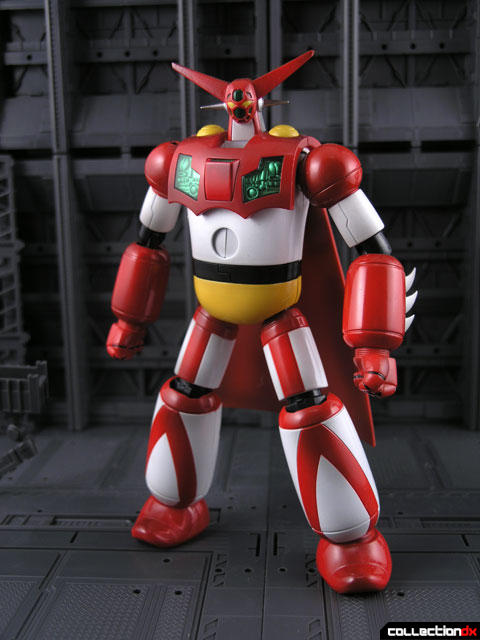 Getter 1 with Full Mantle is available at Anime-Export.com

3 comments posted
Is it me, or does the neck

Is it me, or does the neck seem really long?

it is long..I suppose it needs to be like that, so you can use the cloak. Looks kinda neat.

how big is this thing?
i want a representation of the Original Getter 1..but don't know which one to have..
hope someone could tell me..