The Revoltech Gaiking (Open Face Version) comes from the recent "Gaiking: Legend of Daiku-Maryu" anime series. I have to admit that I haven’t yet watched the TV series, but any show that brings new Gaiking merchandise to the shelves is alright with me. 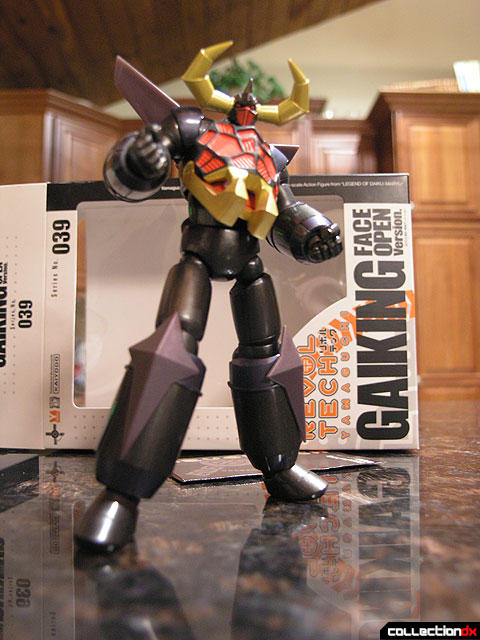 The toy is the 39th release in the standard Revoltech line. If you don’t know by now what Revoltech toys are, you must be living under a rock. Gaiking comes courtesy of HobbyLink Japan.

This black version of Gaiking represents a “Powered up” berserk mode. The face plates have come off of the chest of Gaiking and he is ready to kick some ass. 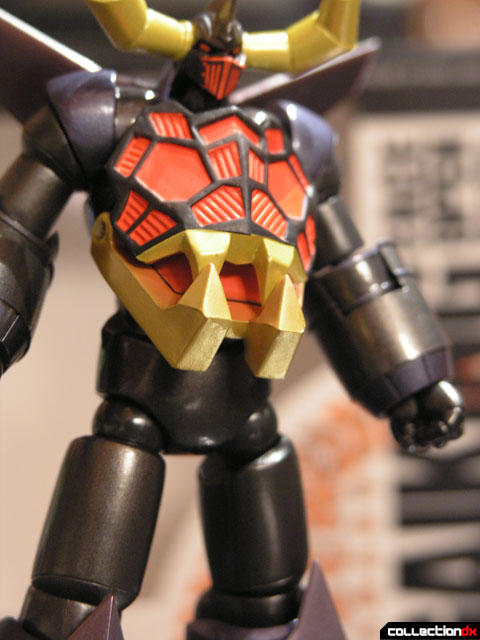 Gaiking features 35 points of articulation and a bunch of accessories including two Counter Crosses, a Hydro Blazer energy ball, six optional hands, and a display base. The crosses on the knees can be removed as well. 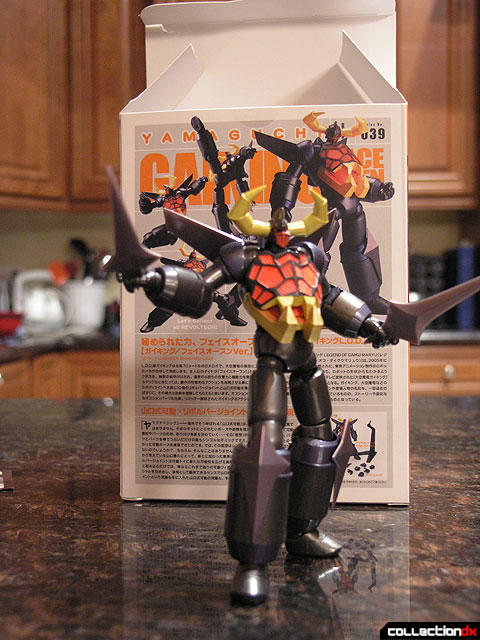 The main draw here is the glorious golden skull. This screaming face is the embodiment of Gaiking. It features large opening jaws that really accentuate the ferociousness of this mode. 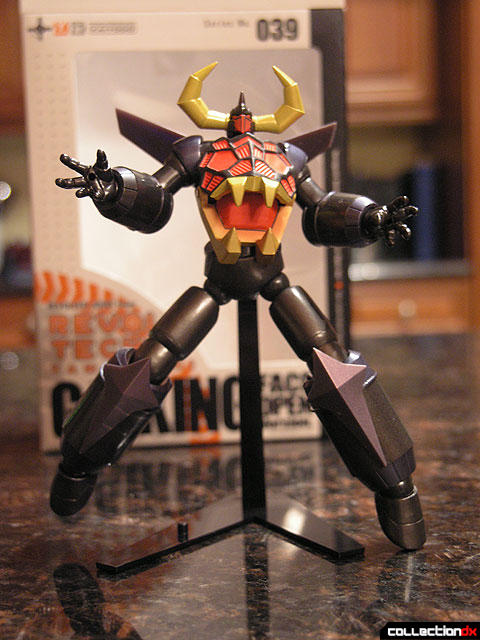 It’s essentially the same figure as the Revoltech 024 Gaiking, with the main difference being the skull sculpt and paint job. The paint here is a dark charcoal grey with dark purple accents. It’s quite striking. 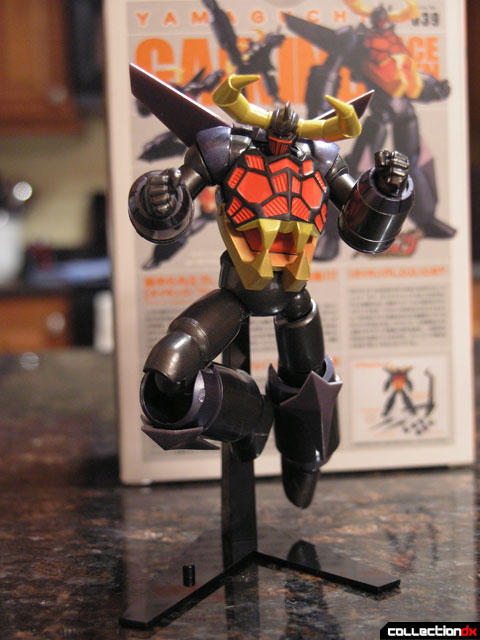 You can get your own Gaiking at HobbyLink Japan. You know you want to. 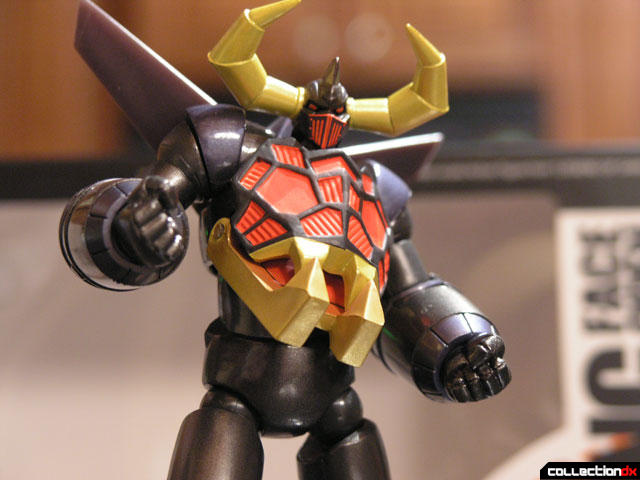 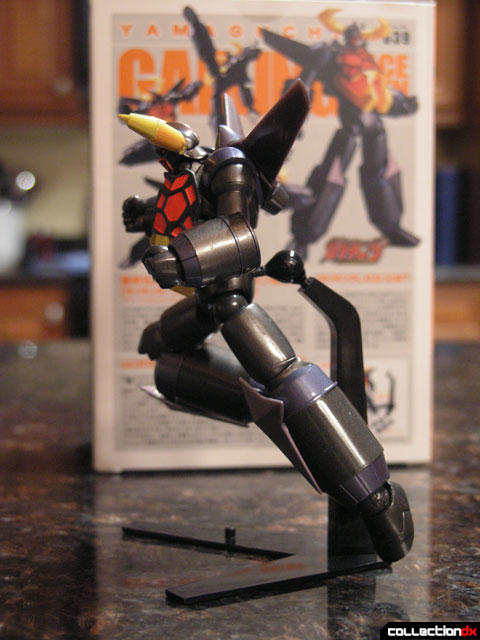 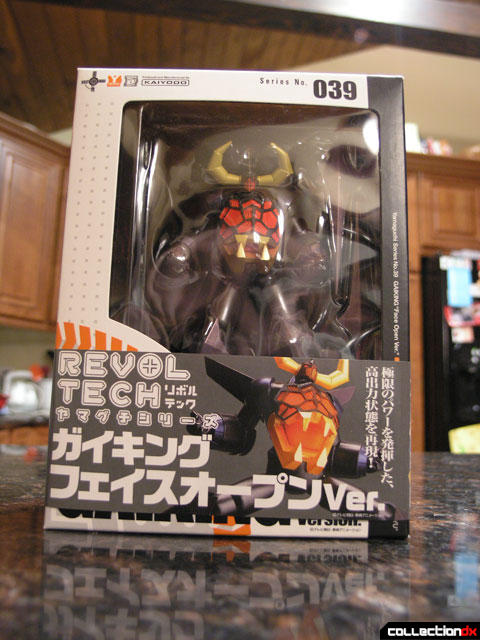 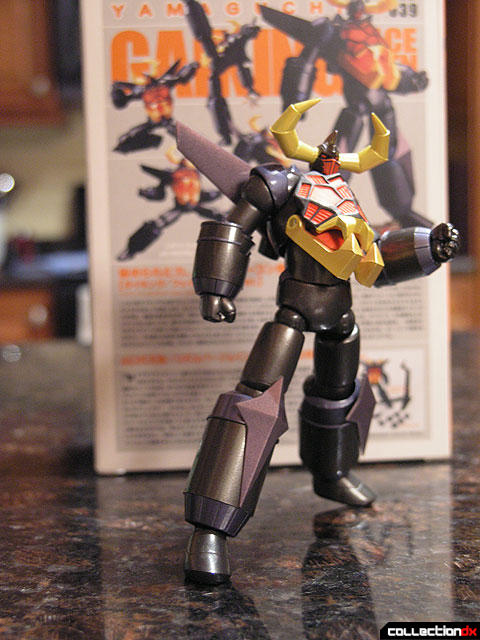 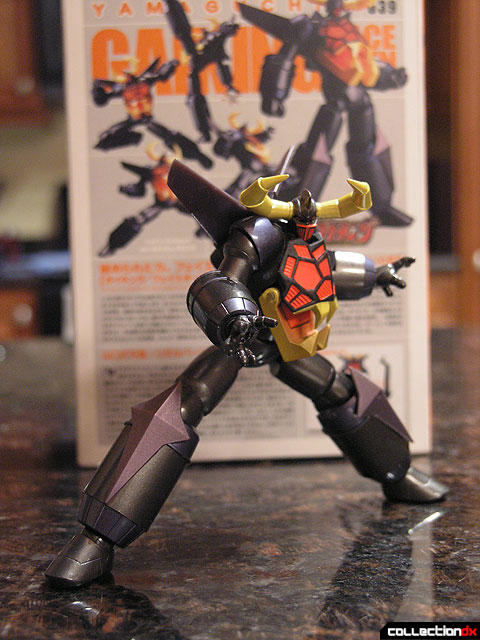 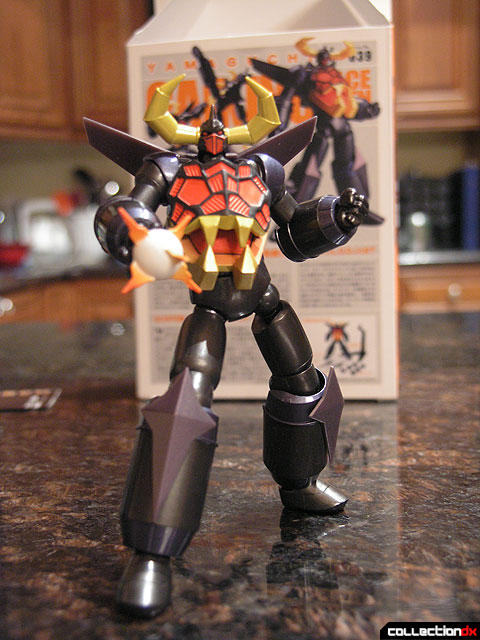 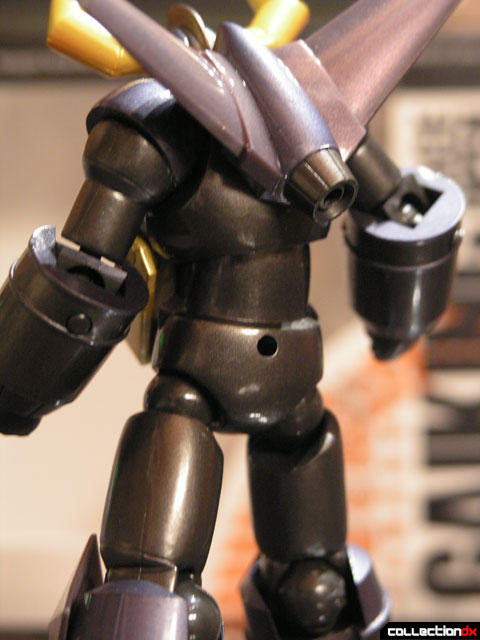 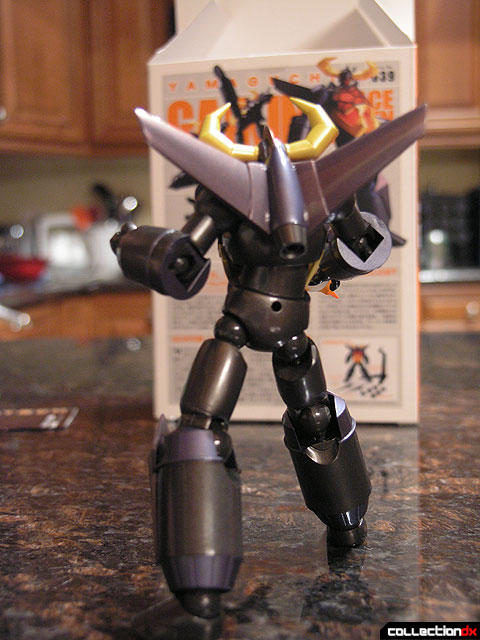 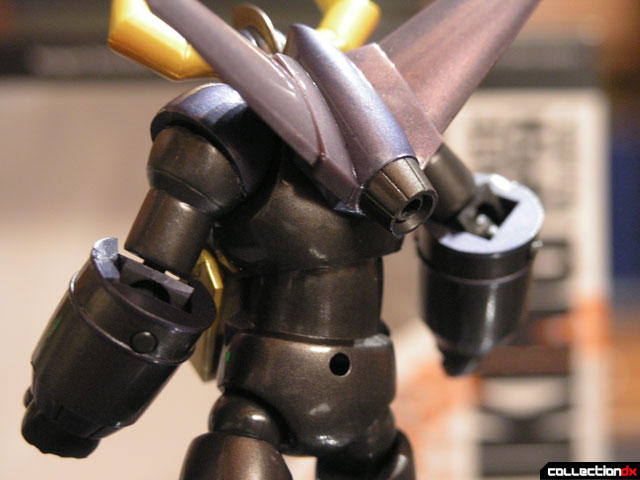 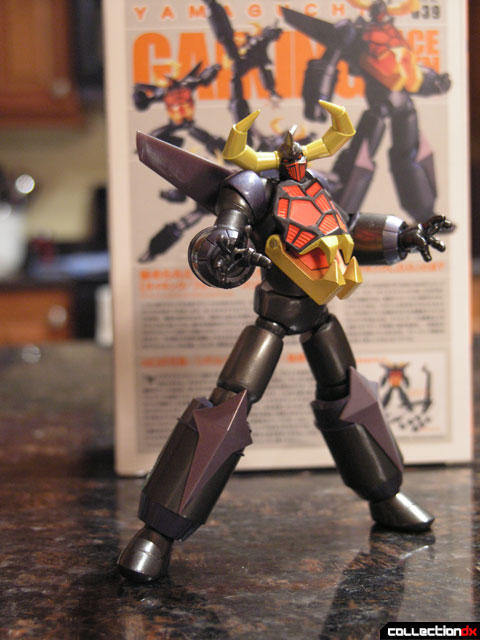 I saw about 5 or 6 episodes of this show (unfortuantely from before the "evil Gaiking" arc),and it was OK,but it wasn't the best. Honestly the best part was a Shogun Warrior robot on a show in 2006!
So if you come across it,watch it,but only Dayru Maru die-hards need to hunt high and low for this.