Gaiking is the 24th entry into the Revoltech line. Never has one toy line covered so many different licenses and done it with such quality. I really hope Kaiyodo and Organic continue to do more of the modern super robots. Gaiking (and the rest of the Revoltech line) can be found at HobbyLink Japan.

Included with Gaiking are the following accessories

Gaiking’s head is a double Revoltech joint that allows for a full range of motion. It seems to be that this double joint is now the standard for Revoltech releases. 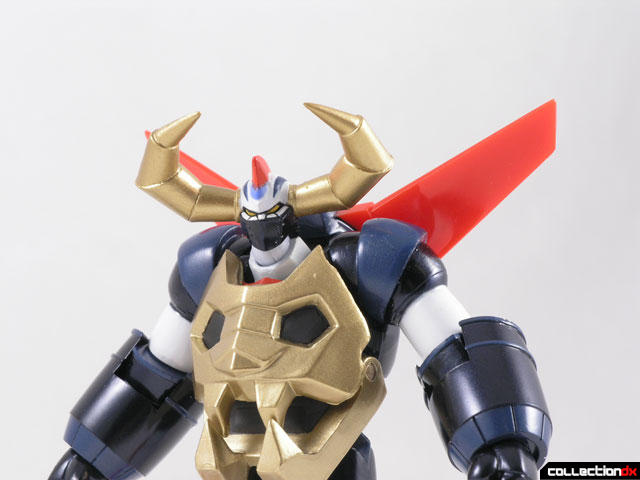 The skull chest assembly is actually 2 parts, with the lower jaw being movable. The whole assembly is removable and attaches via 2 pegs. It actually comes off a little too easily, if you ask me.  The shoulders are swivel joints and the elbows are Revoltech joints. The hands are removable and can be swapped with any of the option hands. 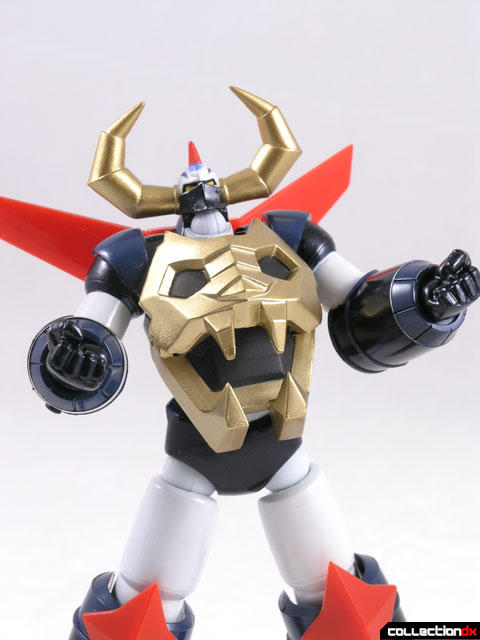 The lower legs are your standard Revoltech fare, but it is worth noting that the leg crosses are removable (although smaller size than the other Counter Cross weapons.) 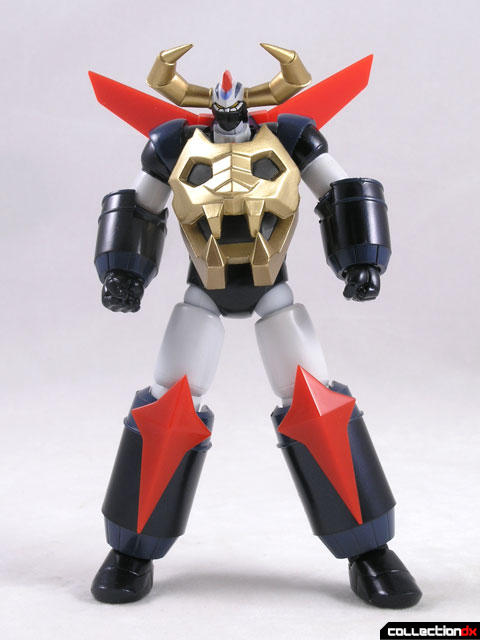 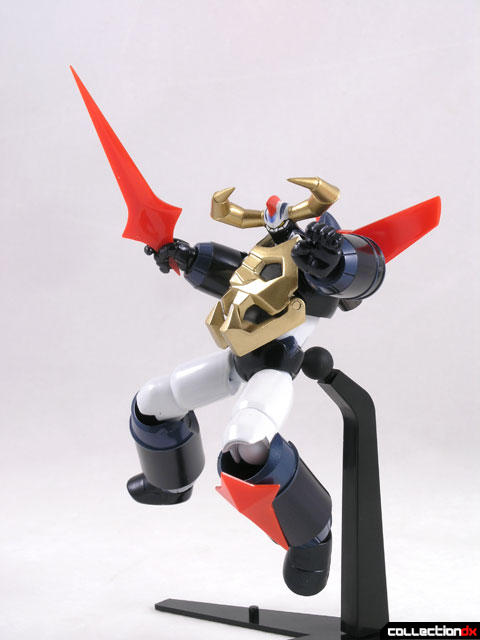 The Hydro blazer is a ball that is held by another optional hand. A peg in the Hydro Blazer fits into a hole in this special hand. 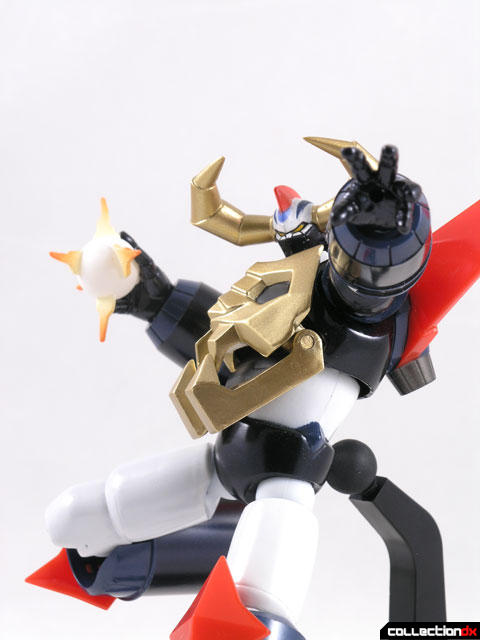 The base is your standard Revoltech base, with a slight difference. This base has a long arm with a Revoltech joint on the back, which we have seen before with Getter 2. The difference with this base is that it has an additional peg on the base. What this means is that you can connect Gaiking to the base in 2 places. This makes for a much sturdier display. Another new thing with the stand is that Gaiking has 2 connection points on his back – one on his back and one in the exhaust port of his back jet. 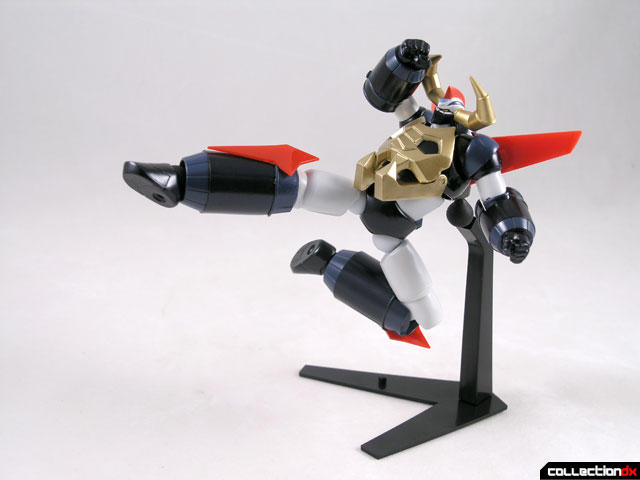 The only problem I had with this figure is that there was a small area on the outside of the leg that looks like a factory defect. Not sure if it is a scuff mark or what, but as HobbyLink Japan says, these figures may have minor imperfections. Another thing I was a little disappointed in was the lack of spear and shield that the new Gaiking uses. 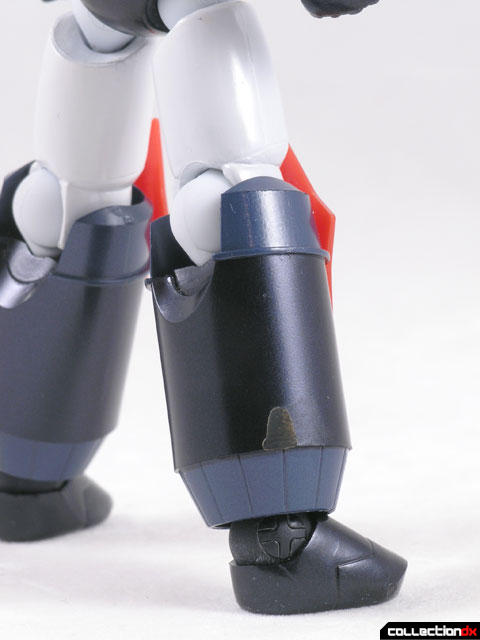 I really like this Gaiking. The posability looks amazing...everything a Super should be, IMO. I'll likely pick this guy up along with an overdue Mazinkaiser as well.
The show is actually pretty fun. It's telling that Gaiking's design has remained largely faithful to the original. Ahead of it's (original) time? Perhaps.

I ordered mine from BBTS using the Pile of Loot, so I haven't actually received mine yet. Regarding that factory defect on the leg, it looks like the legs are identical. Maybe you can swap the left and right lower leg pieces, so the defect will only show up on the inside of the left leg. If I'm wrong, then oh well... Looking forward to getting my hands on this guy, but I agree the lack of accessories is somewhat disappointing. I think it all comes down to the amount of plastic used overall. Kaiyodo probably considers that golden skull to be an accessory of sorts...