Gabranth comes from Sqaure Enix’s Final Fantasy XII (ファイナルファンタジーXII Fainaru Fantajī Tuerubu). In the game, Gabranth (ガブラス), (properly known as Judge Magister Gabranth) is the Judge Magister of the 9th Bureau. The 9th Bureau, led by Gabranth, is primarily concerned with the gathering and dissemination of information. As a result, many of the bureau’s activities are shrouded in secrecy. Gabranth, and his power, are respected by the other Judge Magisters, and Emperor Gramis himself places great faith in this younger Judge. (Wikipedia). 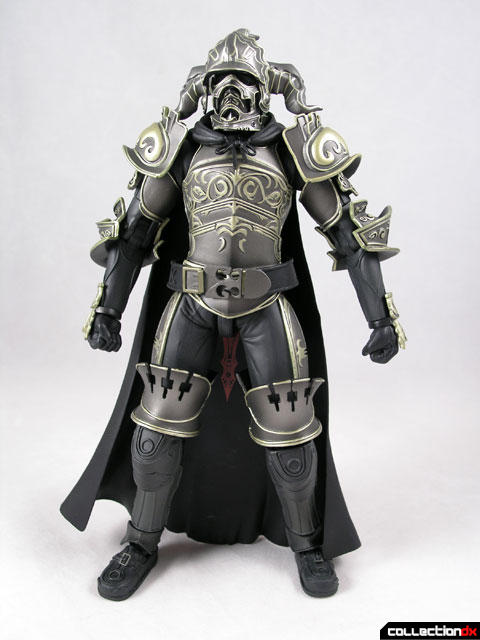 If you understand what this means then you are obviously a Final Fantasy fan. If not, well it doesn’t really matter, because Gabranth is a cool figure regardless. 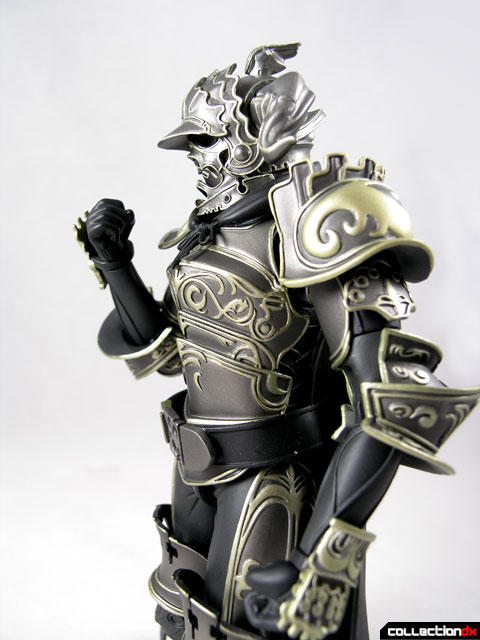 The figure is part of Square-Enix’s Play Arts line of poseable action figures. These figures are about 9 inches tall and loaded with articulation – much more than you would expect by looking at the figure in the package. Gabranth is covered head to toe in non-removable armor and includes two different swords and a set of variant hands. 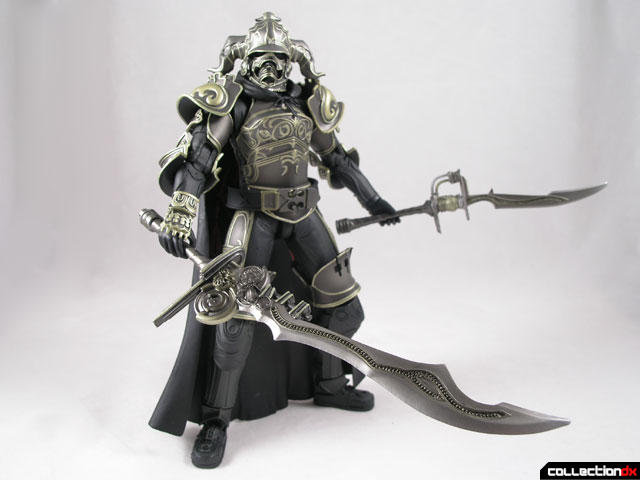 The swords feature exquisite detailing and the handles have pegs in them that secure to the sword-holding hands. Unfortunately, the larger of the two swords split in half soon after taking it out of the package. It looks like the glue holding the two halves was not strong enough, but it is easily fixed by a drop of superglue. 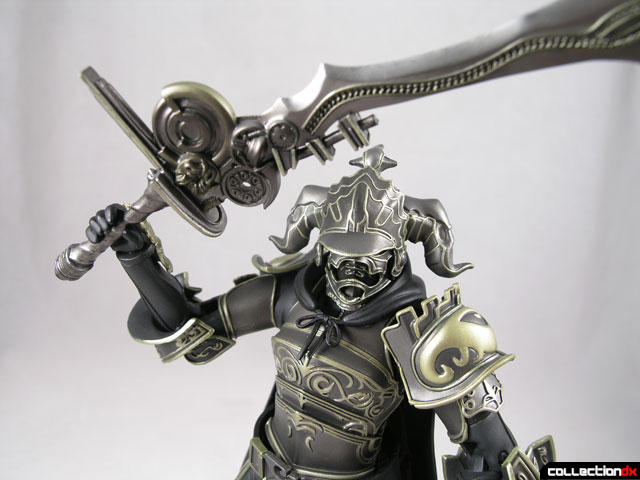 Gabranth has about 30 points of articulation. While this seems like a lot, he is a victim of his design. The log flowing rubber cape and rigid armor makes anything but the most basic poses next to impossible. He can do a lot of subtle poses, but nothing extreme. 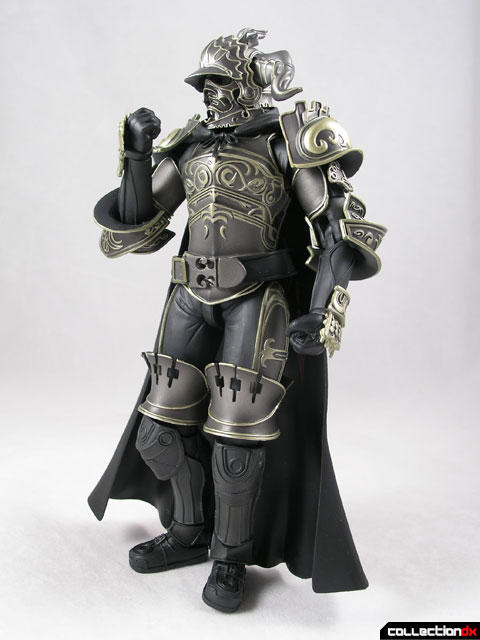 Despite its flaws, you can’t deny that this is just a great looking figure. The detail on the helmet, for example, is outstanding. The sculpt and attention to detail is first-rate. The size, articulation and design make this figure worth getting. 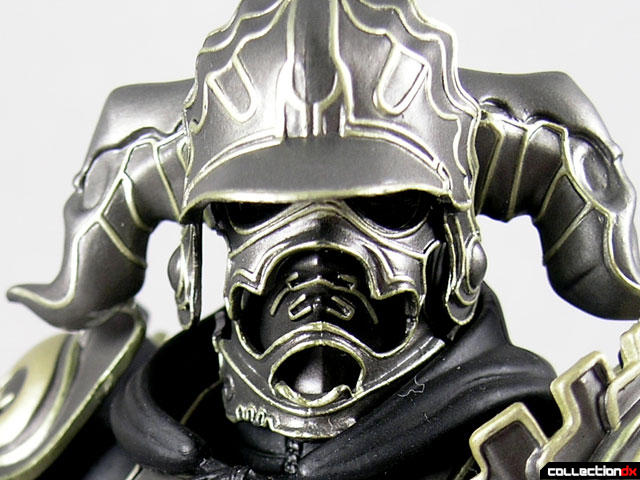