Fyana is a character in the series Armored Trooper Votoms. She is a biologically engineered human bred for combat. She is dubbed a PS - a "Perfect Soldier". Early in the series Chirico finds her in stasis and he his imprinted on her psyche - thus entwining the destinies of the two together. 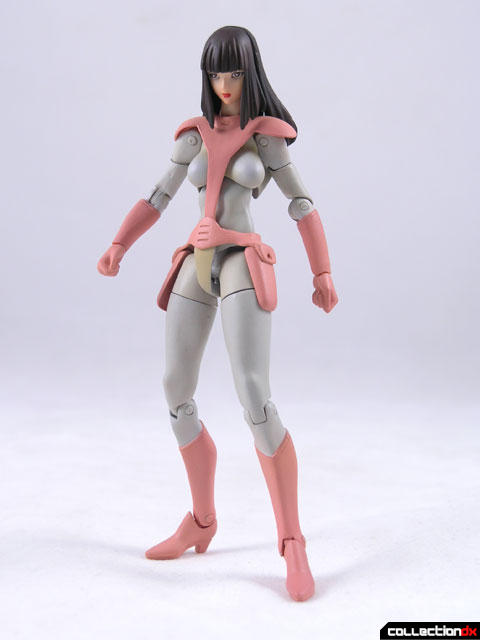 This figure is the companion piece to the 1/12 Chirico figure that Yamato released in 2006. it is in scale with the 1/12 Brutishdog toy and can fit inside of the cockpit.

As far as articulation goes, Fyana is loaded. Lots of great joints and stuff, but at the cost of the smooth lines. Around the pelvis area you can actually see right through the figure if you look at it a certain way. The high-heels make her hard to stand on her own. 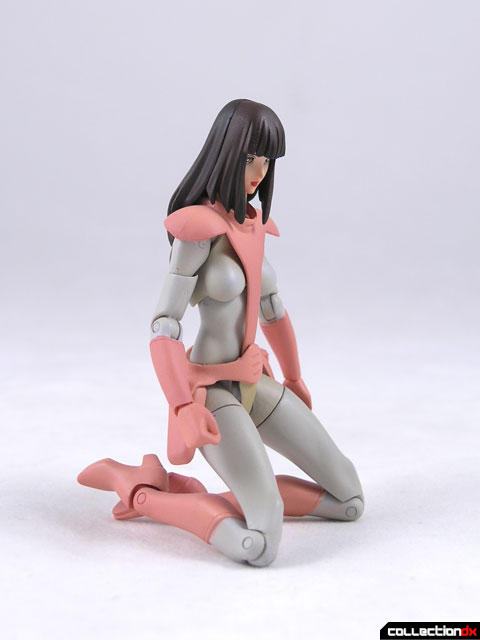 Fyana includes a ton of accessories including a swappable "sleeping" face: 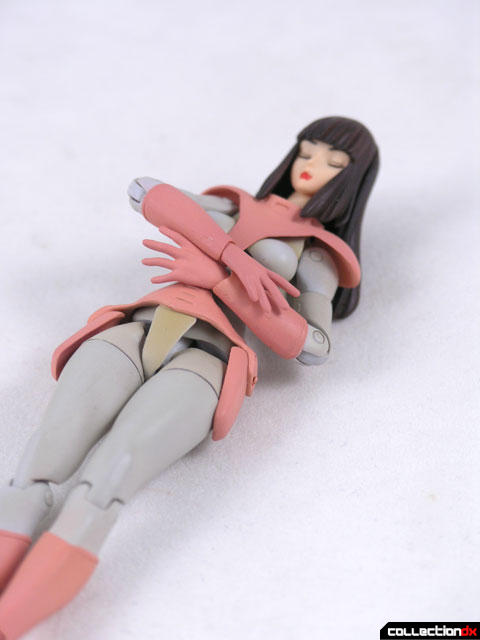 Helmet with visor up: 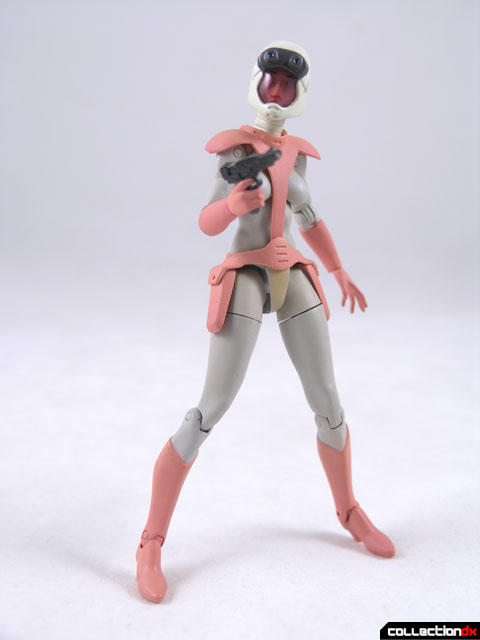 Helmet with visor down: 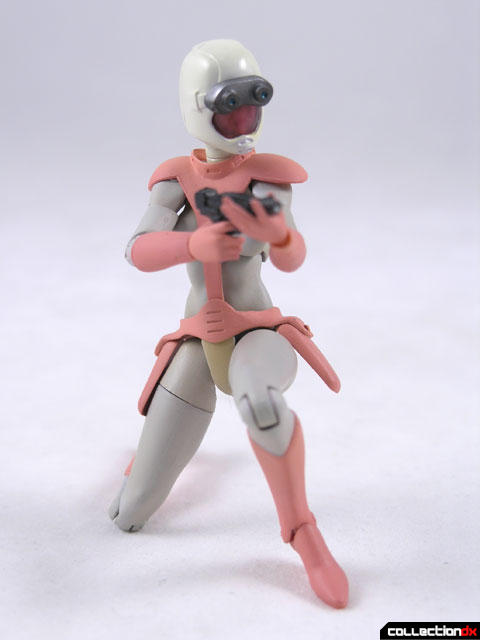 Other accessories include a gun and several variant hands.

In addition to Fyana and her accessories, Yamato included some new accessories for Chirico Cuvie. In typical Yamato style, they realized a few things could have been done better with Chirico, so they added parts in to make amends.

First off is a new lower torso. This new torso is longer and has an additional joint, making Chirico more poseable. 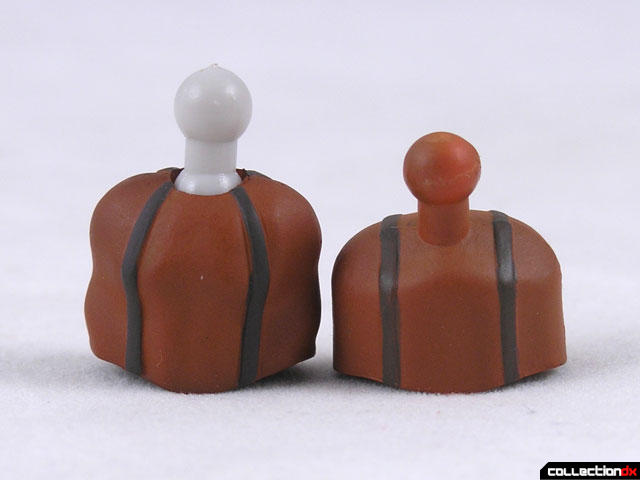 Another welcome addition are two new heads for Chirico. The first head just gives you a better sculpt with a longer neck. the second head is a revised helmet that features a translucent visor - something the previous figure as lacking. Unfortunately, my toy came with the googles missing. Yay for QC! 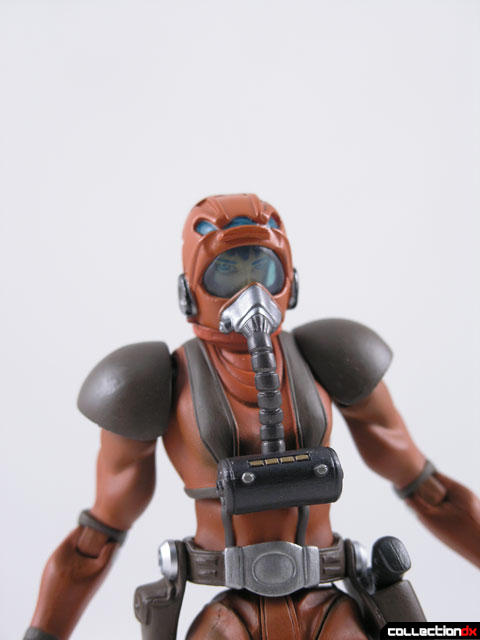 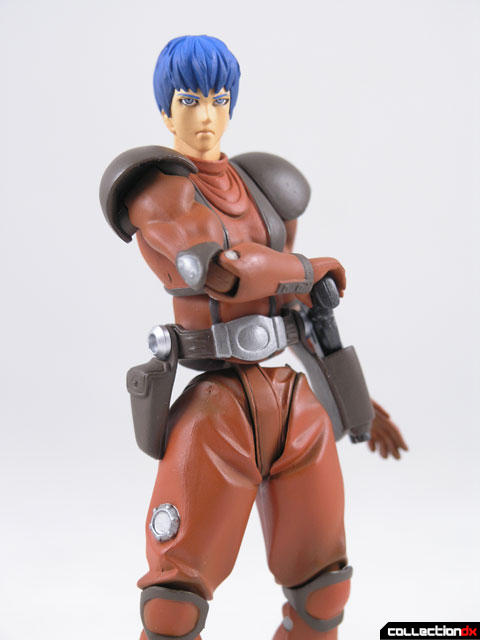 This is one of two versions of Fyana released. Both have the same accessories, but one has a pink suit (Uoodo) and the other has a purple suit (Space War).