While Kaiyodo has effectively nailed down the Revoltech formula, they continue to surprise us with unexpected characters.

This time around it is Dangaioh from the 1987 OVA series Haja Taisei Dangaioh (破邪大星 弾劾鳳). This three part series was notable for mechanical design by Shoji Kawamori (Macross). 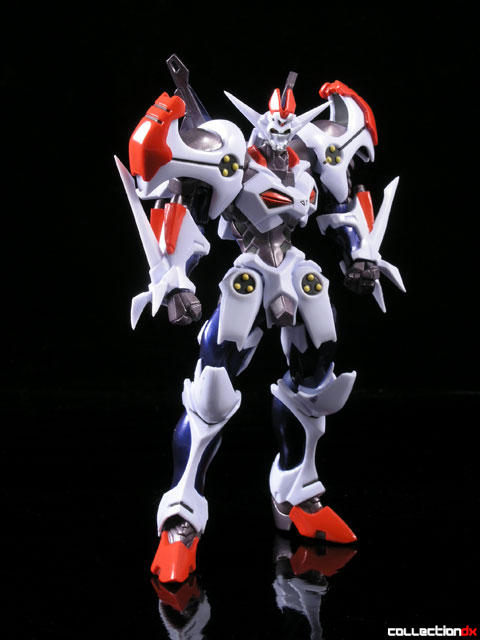 Dangaioh came about as I was first exposed to true anime. A small comic shop near me used to copy Japanese Laser Discs and then sell the tapes. I bought a ton of anime in this fashion back in the day, as you couldn’t just go to best buy and get it there. I first saw Dangaioh on one of these tapes, and although I had no idea what was going on (these tapes had no subtitles), I fell in love with the robot. I haven’t seen the series in years, but I remember the robot well. I seem to remember Dangaioh being a combining robot, made out of three or four ships piloted by teenagers with special powers.

Before the Revoltech toy, there were no toys of Dangaioh aside from a few resin kits.  Kaiyodo and Organic finally bring this great design to toy form as part of the Revoltech series. Fresh from HobbyLink Japan is the 23rd figure in the Revoltech line, Dangaioh! 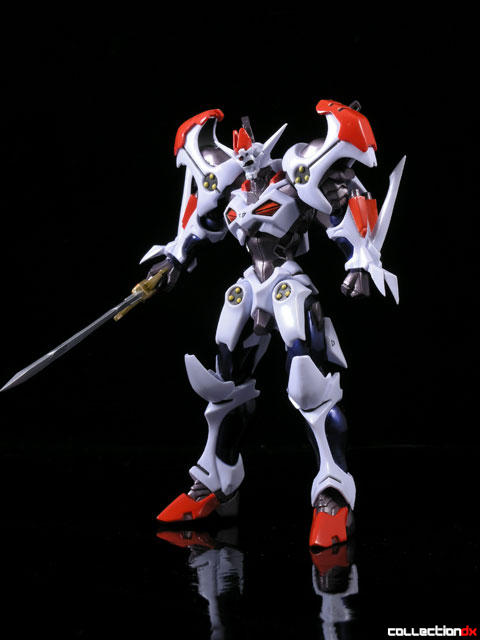 The figure stands 5“ tall and is your typical Revoltech figure in terms of construction and articulation. If you have owned any of the prior Revoltech figures, you will know how it goes. The real selling point here is the character – Dangaioh is such a cool design that it is amazing that it has taken this long to become an action figure.

The sculpt and design on Dangaioh is really phenomenal. The style of the figure forshadows some of Kawamori’s future design works, such as Aquarion. The figure has some great paint detail, such as the metallic blue paint on the arms and legs. The leg skirts are articulated to allow more extreme poses. 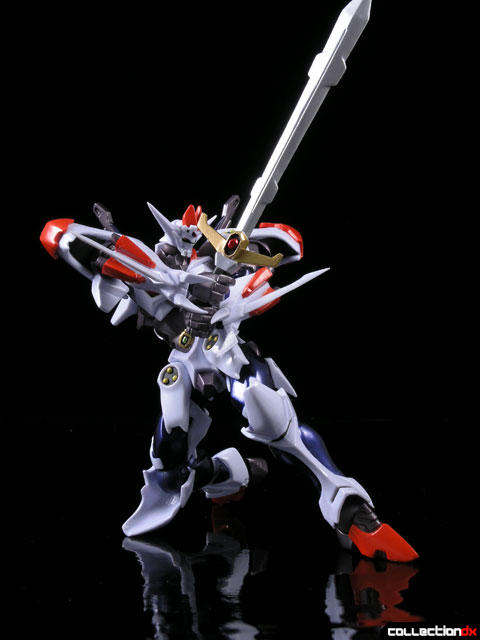 Included accessories are 5 variant hands, a stand, and the "Sword of Crushing Evil" otherwise known as Haja no Ken. One hand has an energy pattern on the palm, I assume for some kind of energy attack. Dangaioh can hold the sword with either one or two hands. 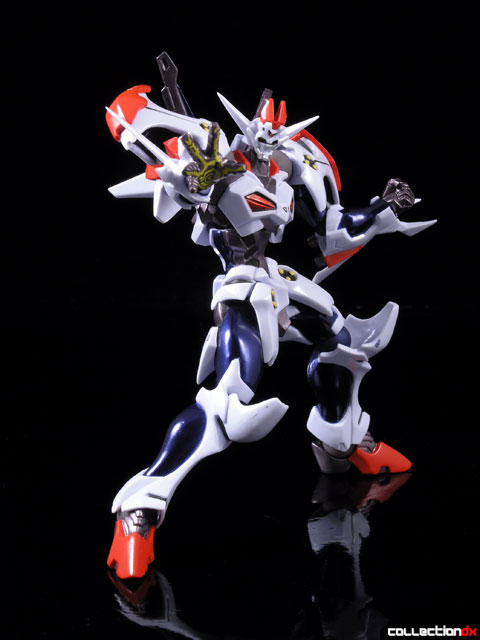 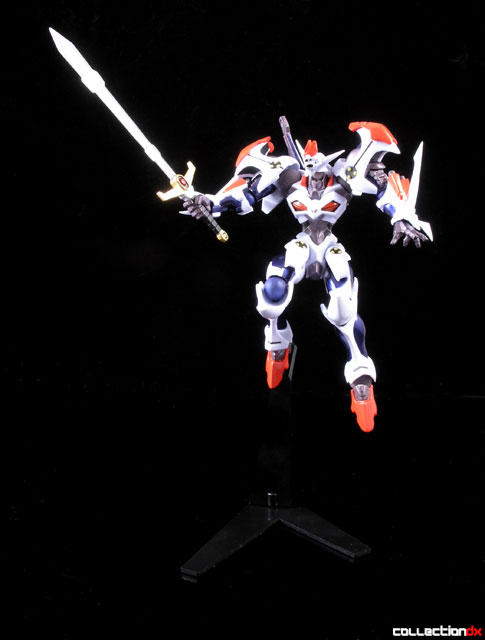 One thing I have noticed about Revoltech figures is that the joints aren’t always in the proper place when you take them out of the package. For example, a leg joint may be turned sideways, allowing the joint to go side to side and not front to back. What I have been doing when I open these is actually take the toy apart and turn the joints the right way. This is most helpful in the chest joint. If the revolver joint is in the wrong position and you can't see it, you may break it when you try to move it.

Revoltech No. 23 Dangaioh is available now from HobbyLink Japan! 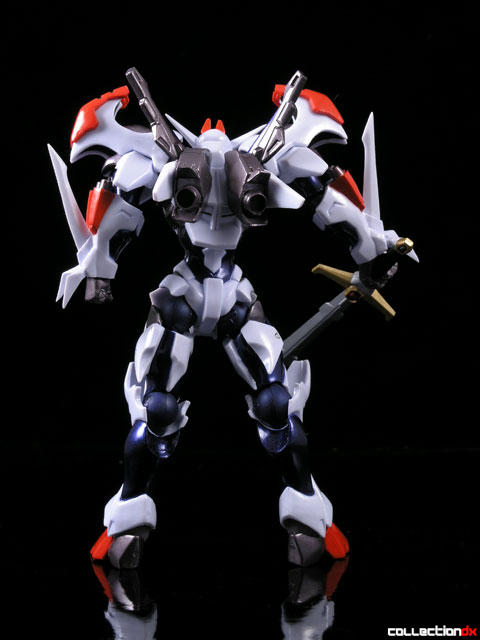 while the stand is not as supporting as later Revoltech releases, i gotta admit that this cool thing is definitely made for some samurai poses.... too bad his sword design wasn't based on katana...

i'm glad to have this toy on my shelf...