Since I knew I was not likely to ever drop the sort of money it would take to acquire a vintage Popy Daiku Maryu Jumbo Machinder, it was pretty exciting when news of this new jumbo-sized vinyl broke back in early December 2006. I knew going in that this wouldn't be comparable to the original, but for the money it would be a very nice option. After nearly 6 months of waiting, I finally received it a few days ago. 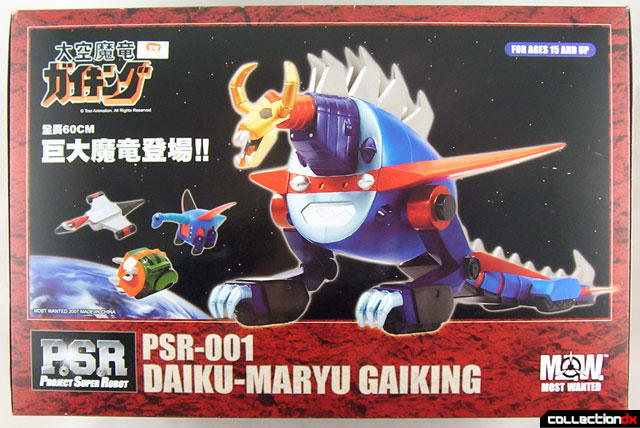 Daiku Maryu (大空魔竜) is of course the "Great Space Dragon" from the classic anime Gaiking. Though there is an image of the vintage show on the back of the box, from what I can tell the old and new shows (the new show being "Gaiking: Legend Of Daiku Maryu") both feature basically the same design. The head of Daiku Maryu launches to form the body of the Gaiking super robot.

This toy is an excellent, accurate vinyl rendition of the character, but it is more in keeping with the "Soul Of Chogokin" aesthetic than the Jumbo Machinder, though it is likely jumbo fans who are most interested in it. Fortunately, I collect both lines so either way I'm happy to have it. 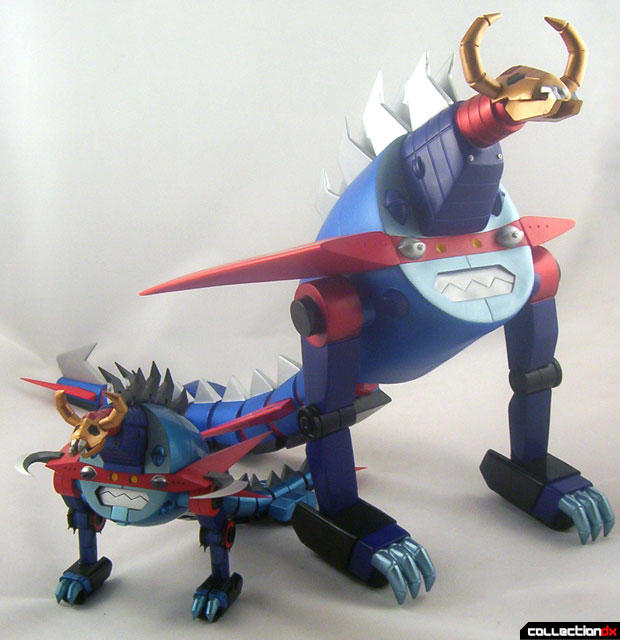 Though there are 13 points of articulation (3 on the tail, 3 on each leg, both horns, the jaw and the neck), you would do well to consider this more of a display piece than a toy. I'm just not sure how well the joints will hold up to actual play wear over time. It feels like the tail would fall off if you lifted this by just the body and the legs seem a little too soft to withstand the weight of the figure. So far it seems fine on mine, but I've been keeping the legs pointing almost straight down. It just seems like it would be stronger that way. Maybe I'm wrong and time will prove otherwise, but for my part, I'd rather play it safe and keep it just for it's looks.

And it looks great! The sculpt is detailed, though not overly so, and the paint is fantastic. The metallic silver, gold and blue really shine and honestly this will look better displayed with your SOCs than your jumbos or vinyls. All the wheels are molded in place so there's no movement there and the fins on the back might be position a little closer together than I would prefer, but these are minor complaints at best. It's a big giant Daiku Maryu and that's what you need! 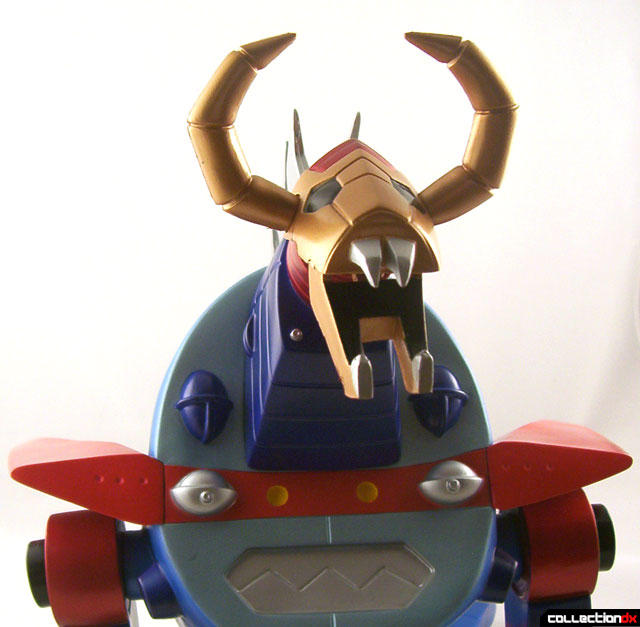 But it's not JUST Daiku Maryu. Nope, included are 3 mini vinyls of Skylar, Nessar and Bazoler. A mini, in-scale Gaiking vinyl would have been perfect to complete the set, but maybe we'll see that later. In the meantime, apparently the new Revoltech Gaiking makes a great companion piece.

A couple words about the size of this thing. It is a legit 24" long, but that's diagonally from the tip of the tail to the front of the face. Actual front to back length is more like 20" but that's nothing to sneeze at either. It comes disassembled, but putting the necessary parts together is a piece of cake. Just pop the head and tail parts on and you're good to go. The box measures 14.5" long by 9.5" high and 9.5" deep. Not only the toy, but even the box is reminiscent of the Soul of Chogokin line. Not exact replicas, just similar in style.

I never heard of the company "Most Wanted" before this release and for all I know this is the first thing they've done. It's certainly the first in the "Project Super Robot" line, but hopefully not the last. It's a very impressive piece to have in your display and I highly recommend you pick one up. 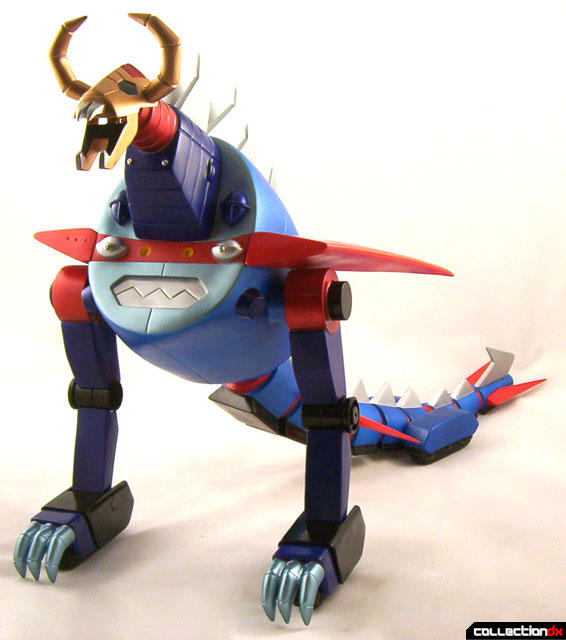 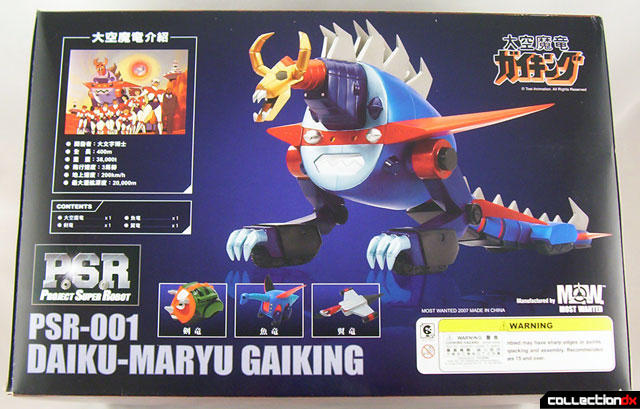 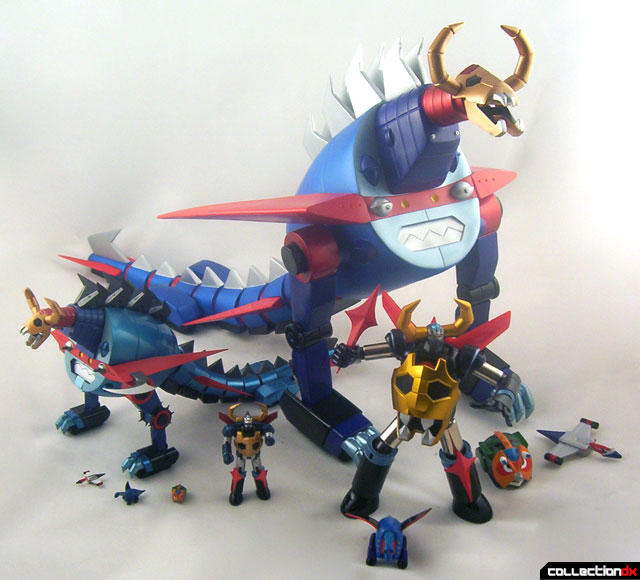 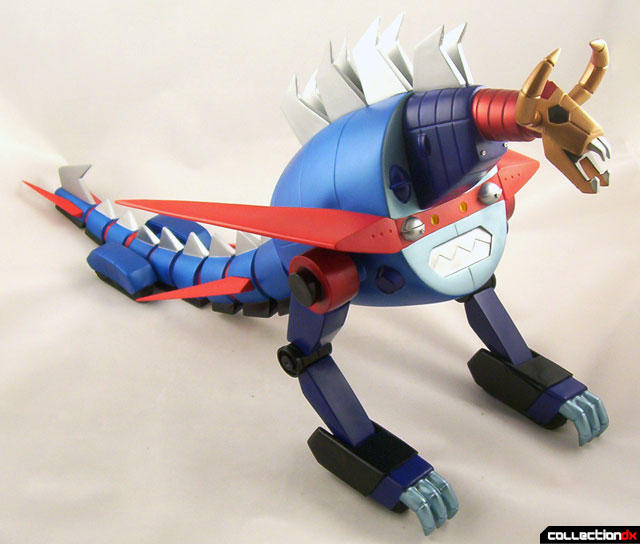 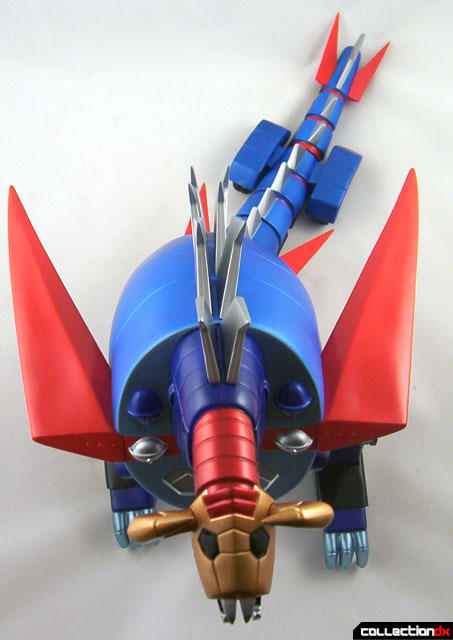 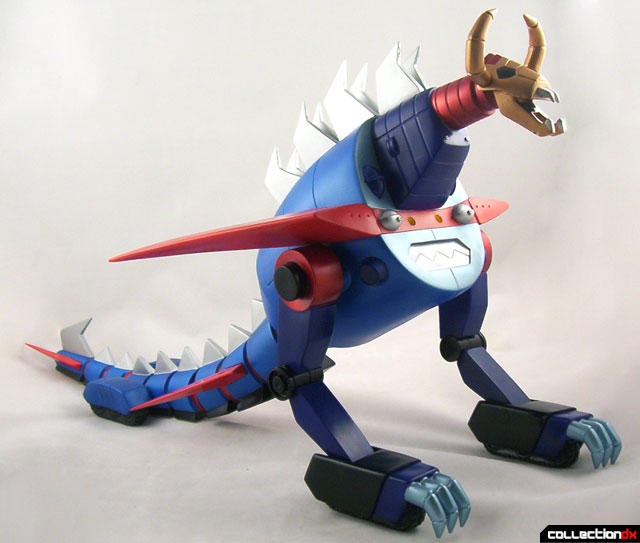 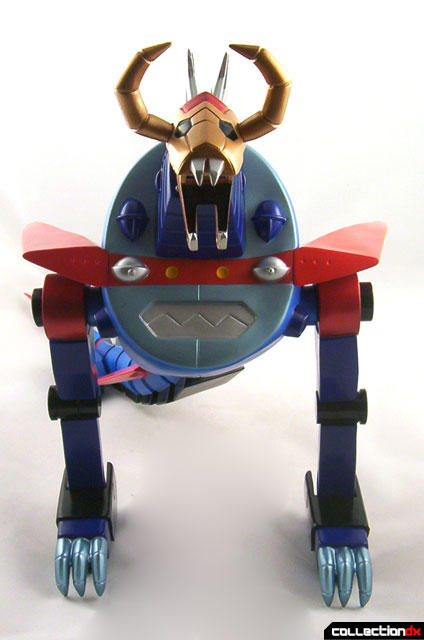