Black Getter is piloted by Ryoma Nagare. In the Shin Getter anime, Ryoma is on the moon and creates the Black Getter out of an abandoned Getter Robo machine found there. Ryoma made several improvements to the Getter design, and the robot can now be piloted by one person instead of 3. Unfortunately, Black Getter can no longer split apart into the three getter ships, but he more than makes up for it with his advanced firepower. 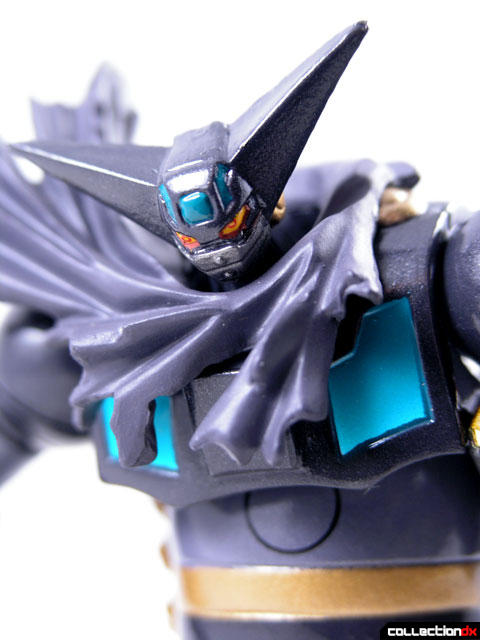 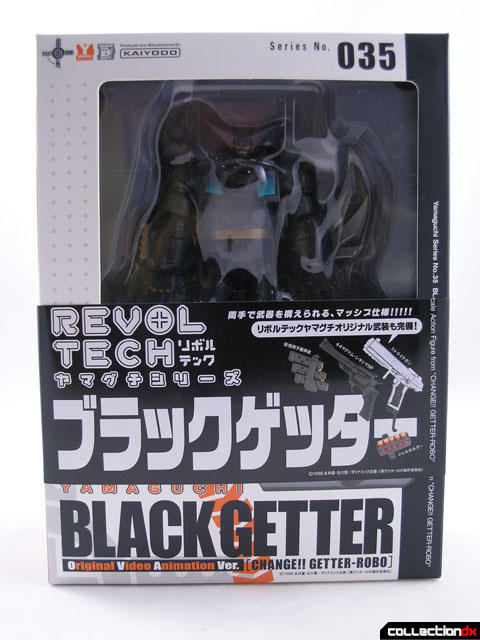 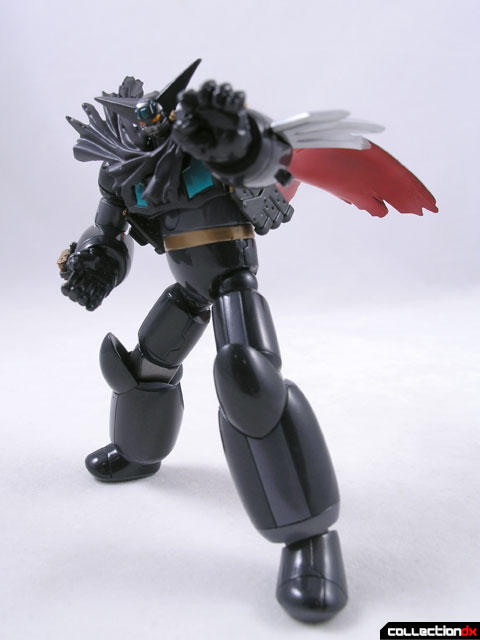 Black Getter is of course fully poseable with 30 points or articulation. The design of the feet make getting him to stand on his own tricky, but the included stand makes this a non-issue. Black Getter can easily hold his weapons in either hand. 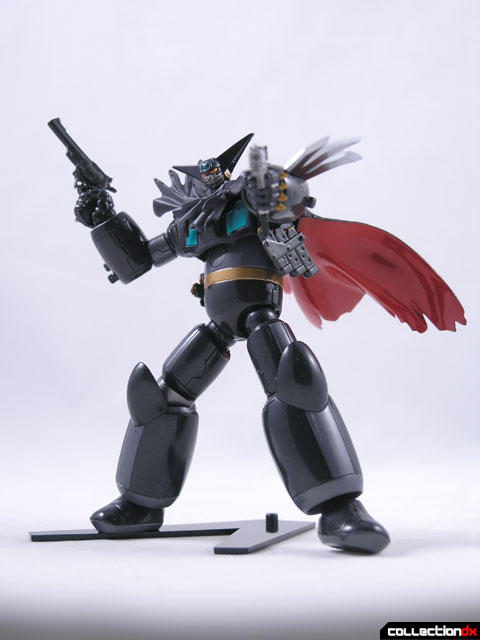 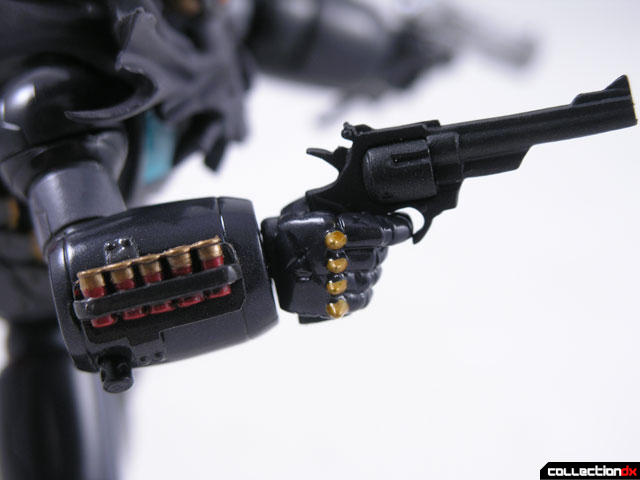 One set of hands includes the notorious spiked knuckles. Unfortunately, my Black Getter came with 2 right hands! Fortunately I got mine at HobbyLink Japan and they said that if anyone ever has a problem like this to contact them, and they will get the replacement part from the manufacturer and send it to you, free of charge. 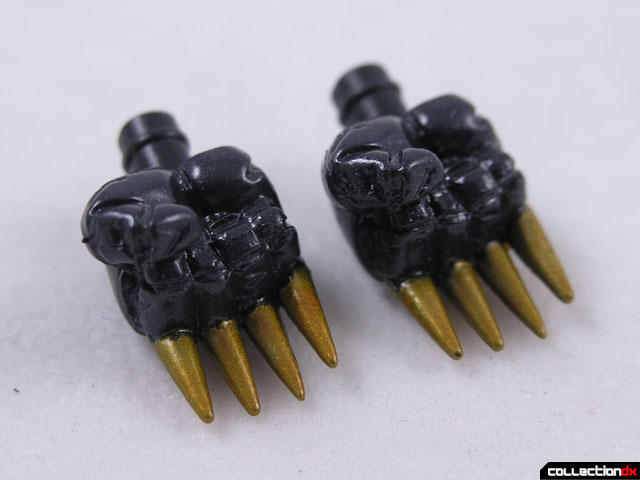 Black Getter is an awesome Revoltech - a must-have! 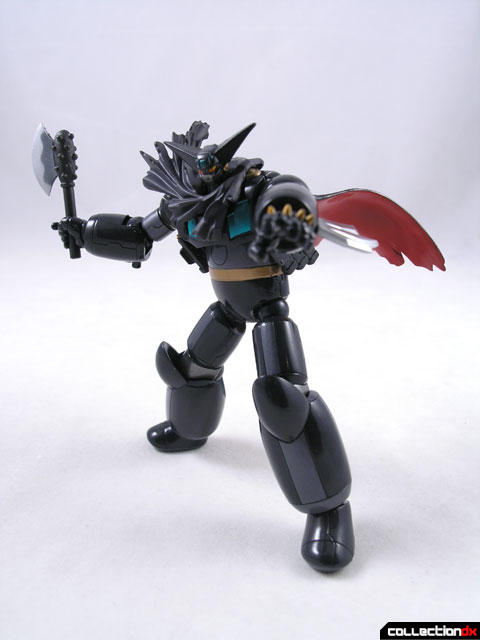 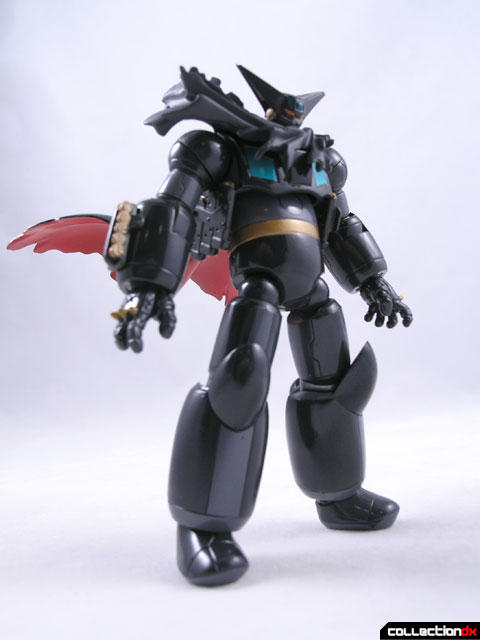 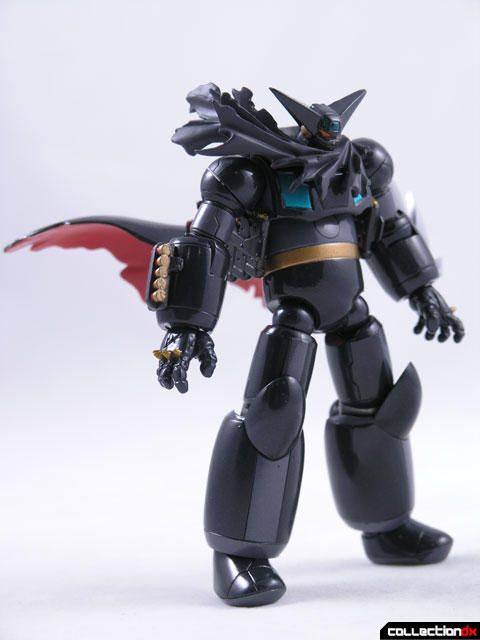 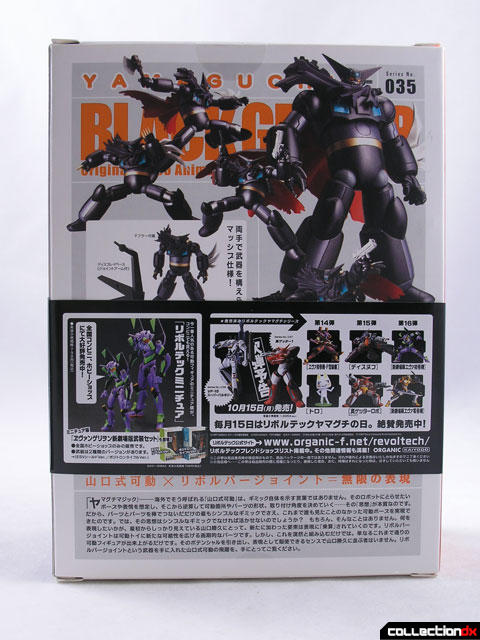 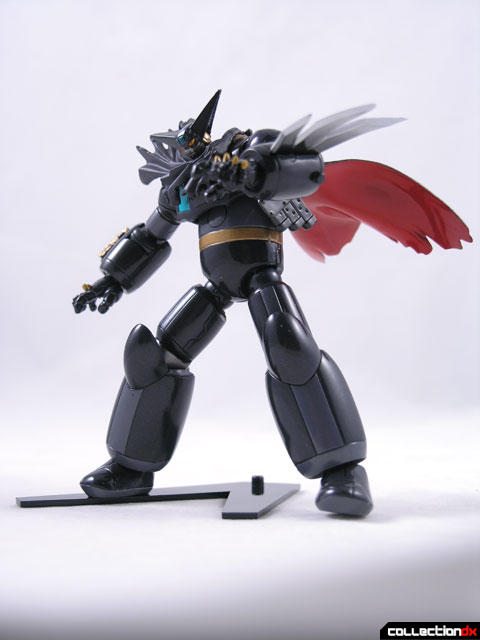 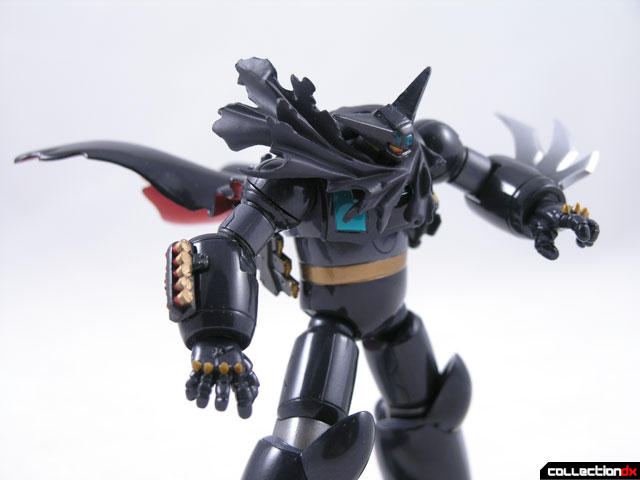 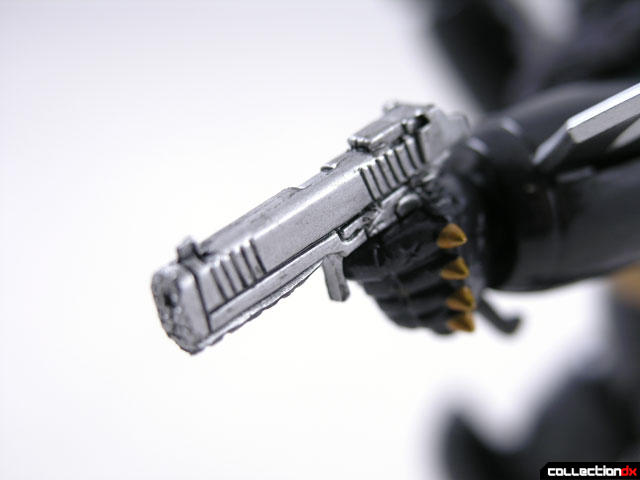 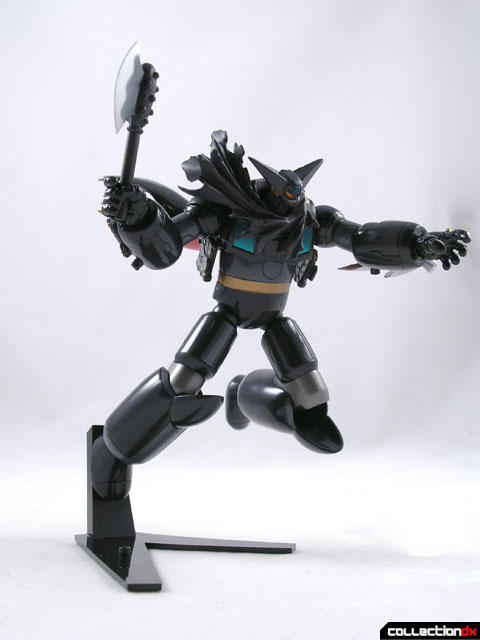 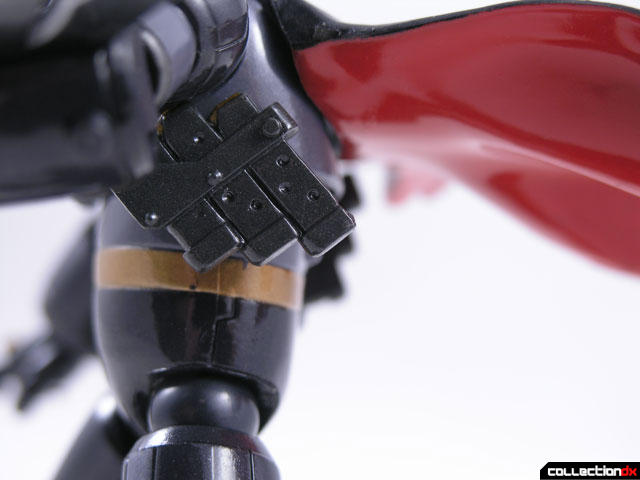 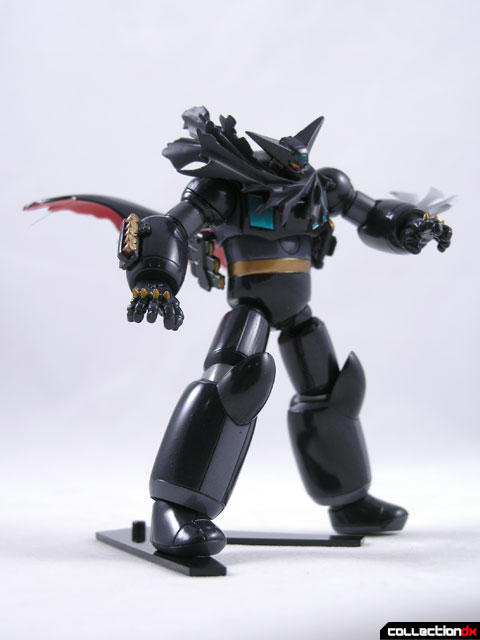