Alien Xam is an enemy of Captain Maxx and, like all vinyls, has been released in a variety of colors. I have to admit that when Xam and his partner in crime, Kaiju Eyezon were released, I wasn't blown away by the colors of either one. So I decided to hold off on buying them. Fortunately, last summer both were released in exclusive versions for the San Diego Comic Con in colors I liked MUCH more than before. One of the benefits of being a Max Toy Club member is that you often get first crack at exclusives like this so even though I was unable to attend SDCC, I had these bad boys pre-ordered and set aside for me even before the show started! 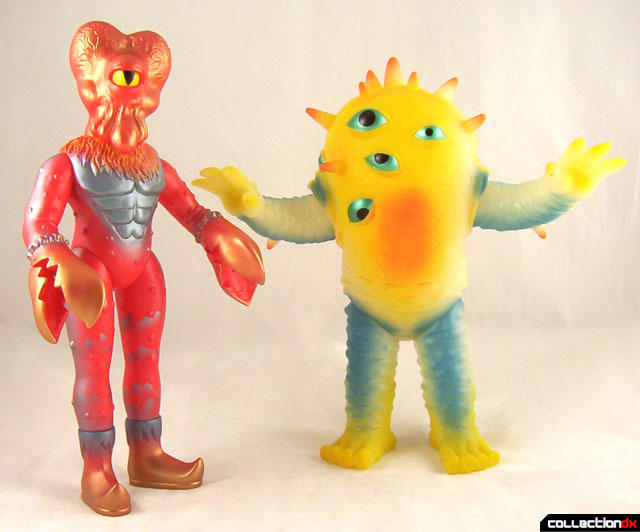 I really think these two vinyls go together beautifully, with the way the red of Xam contrasts with the yellow of Eyezon. Plus this was a good opportunity to get one that glows and one that doesn't. Unlike some collectors who shall remain nameless, I like to mix and match my vinyls. Some glow, some regular, some clear, etc.. I think it makes for a better display to have that variety.

Anyway, enough about my collecting habits, how is this Xam? Well, first off, it's bigger than you'd think at nearly 11" tall. It's articulated at the neck, hips, shoulders ankles and claws. Most of the joints are very tight, with the exception of the claws which have a tendency to flop open a bit. But that's only if they are not fully closed. Otherwise, they stay in position fine. And the claws are a really neat feature that I don't recall seeing on any other kaiju toy. Mark really knows how to design a toy that pays homage to the old school aesthetic while still offering something unique for the modern collector. 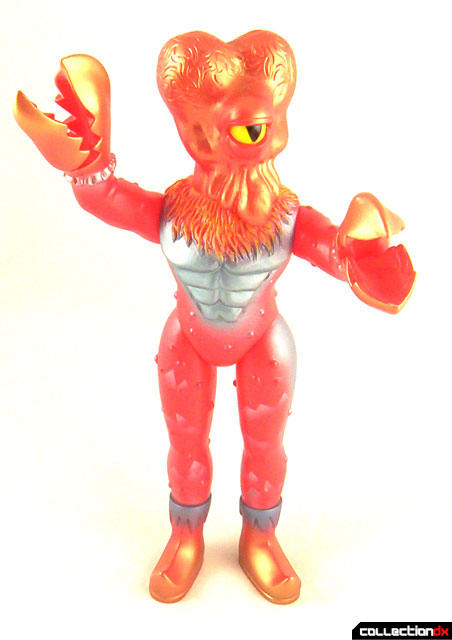 The paint job on Xam is really good, but not quite perfect. There's a bit of scuffing on the left claw of mine, but everything else is of very high quality. I probably just got a bit of a lemon. Something like this might add fuel to the argument that these toys should be made in Japan instead of China, but it doesn't bother me enough to overcome the fact that these toys are so affordable. You're still getting a great product for roughly half of what other companies charge. But you're mileage, as they say, may vary... 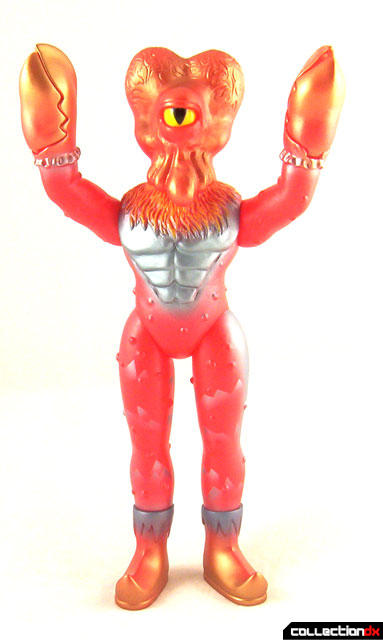 Alien Xam comes in a bag with header card and backing board, all featuring art by Mark Nagata himself. Mark's a great artist and his love for this subject matter always shines through on his projects. 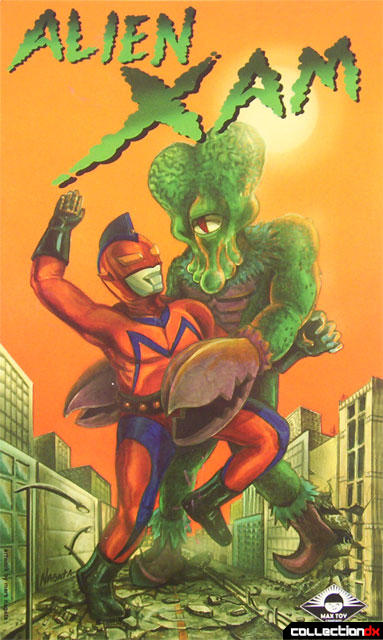 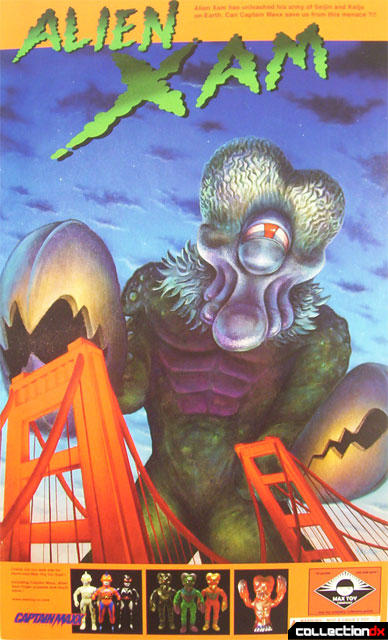 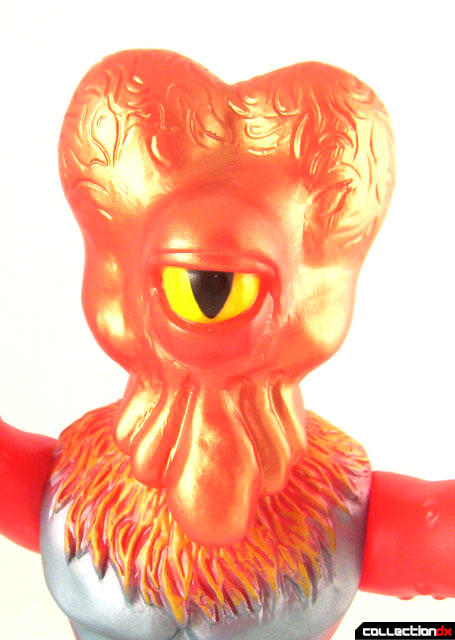 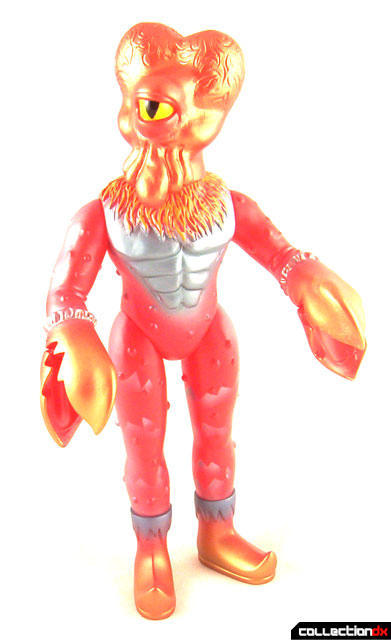 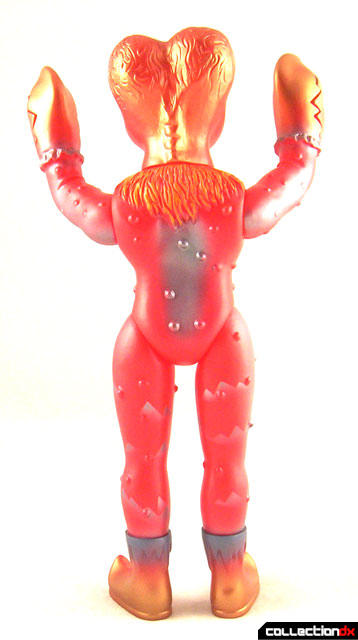 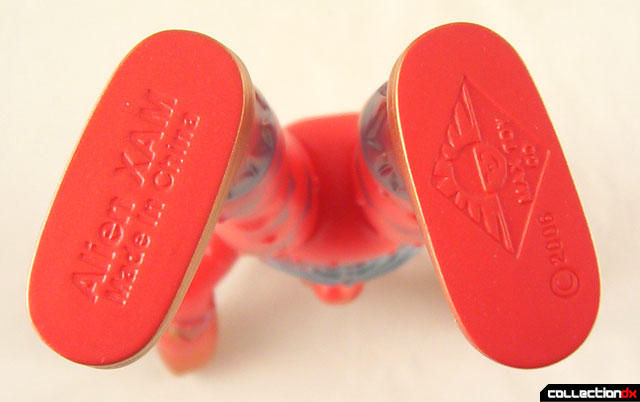 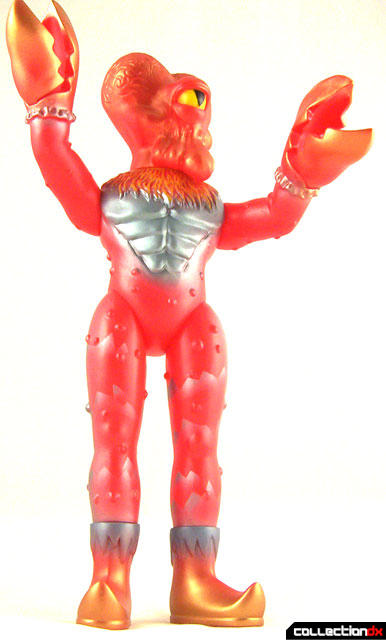 2 comments posted
"Unlike some collectors who shall remain nameless..."

Actually, that's pretty hot. I really need to get cracking on my other MaxToyCo reviews...Paul Kaiju's Eyezon, Mark's one-off Xam, and the standard glow Captain Maxx.

I just can't resist taking a shot, can I? haha.

I just can't believe we didn't already have a standard size Xam review up until now!