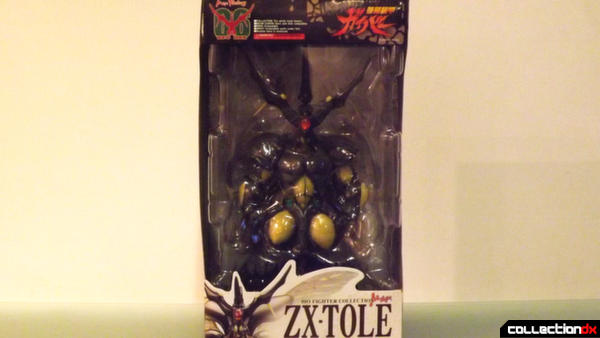 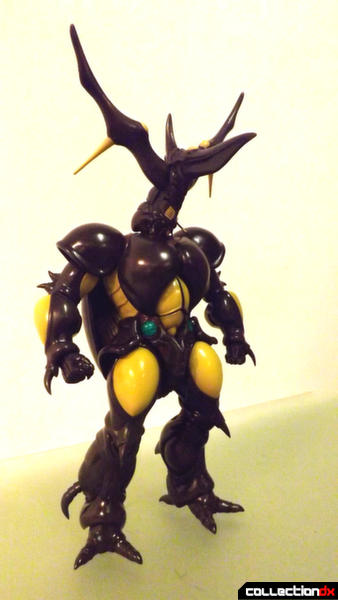 Zx-Tole (pronounced ZECTOR) was the leader of the Hyper Zoanoid Team Five, the most powerful Zoanoid team Chronos had ever created.

Hyper Zoanoid`s are considered by Chronos to be a match for the Guyver in power and combat. 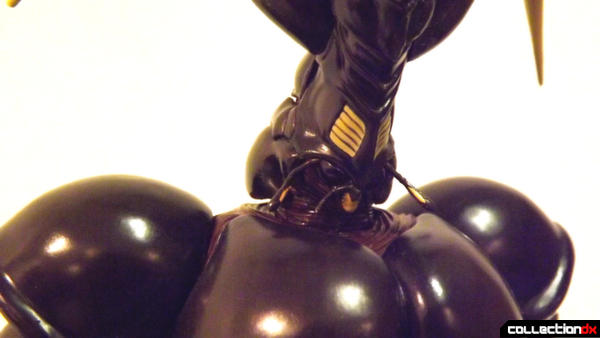 Zx-Toles body contained 13 Bio-Blasters, with 3 on each forearm and thigh and one on his forehead revealed when he retracts his head spike.

On the figure the Bio-Blasters are on hinge joints that allow you to have them open and closed, the head beam is revealed when you pull the head spike backwards. 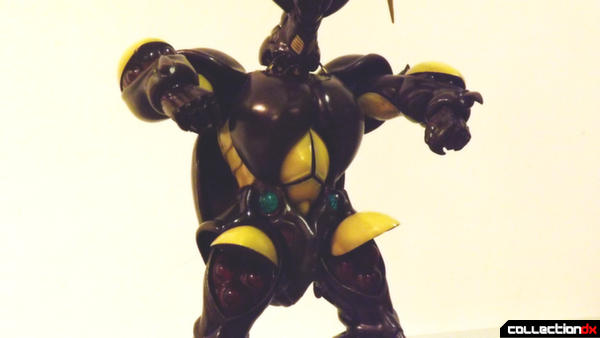 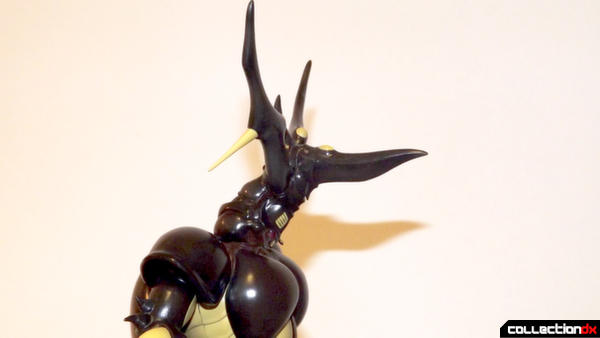 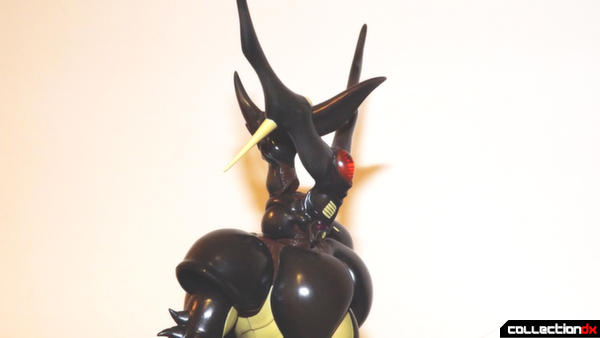 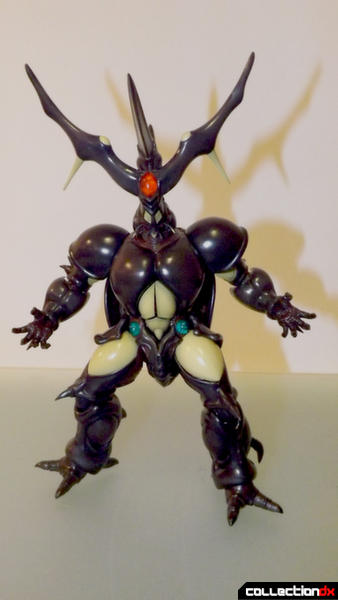 There is also his Blaster Tempest Beam hidden in his stomach, to activate on the figure there is a pressure pad on Zx-Tole`s back under his shell, just push the button in at the top and the stomach beam opens up. 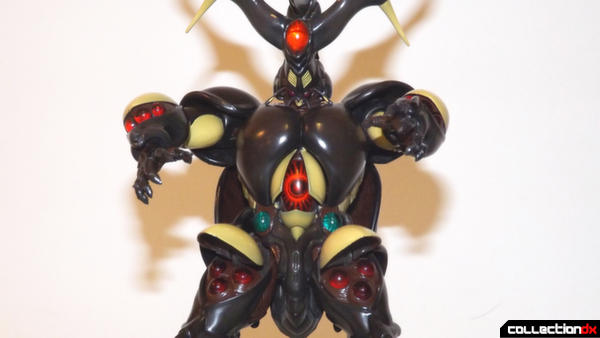 For accessories the figure comes with two sets of hands, open and fisted, he also comes with stand that has a larger clip than the standard stands in the series.

His final two accessories are his wings in open and closed positions.

The closed position wings fit onto the figures back when you lift the shell, when the shell is closed the wing piece fills in some empty space.

The open wings are the same set that are packed with Neo-Zx-Tole and Aptom Form VI, they are clear amber plastic that peg into the figures back and give a wingspan of 15 inches. 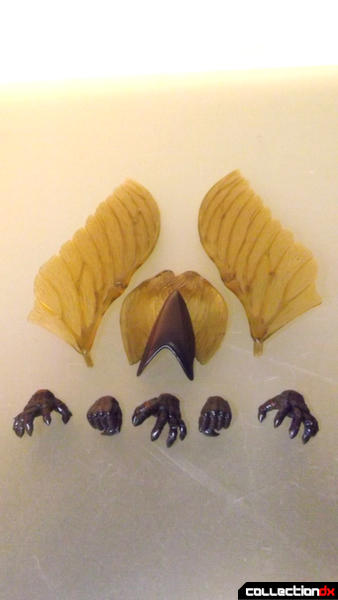 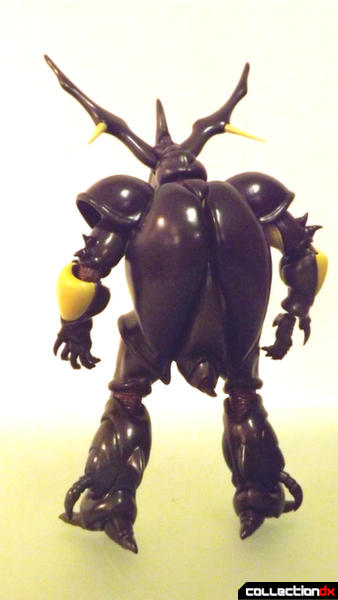 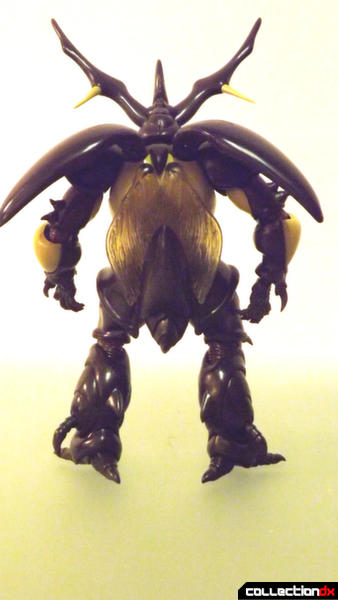 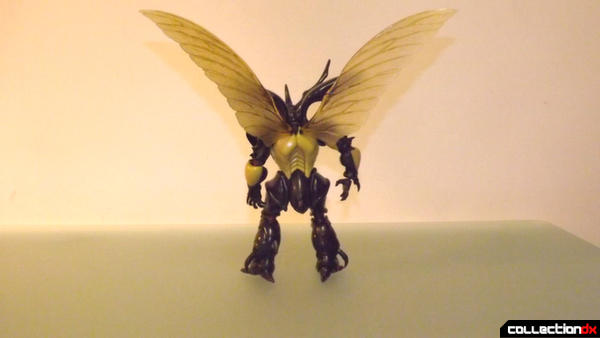 The figure stands at 10 inches tall.

I hadn't got to posing the legs much during the shoot and the figure had been in the box for the last few months.
However this figure is the cheapest of the set, going for around $90 on ebay, so i may buy another to replace this version.

Having most figures in this series this the only figure i've had to have any serious problems like this.
As for recommending this figure, i would, if the build quality is better than the one i have, if they`re all as faulty as mine, id recommend Neo-Zx-Tole instead. 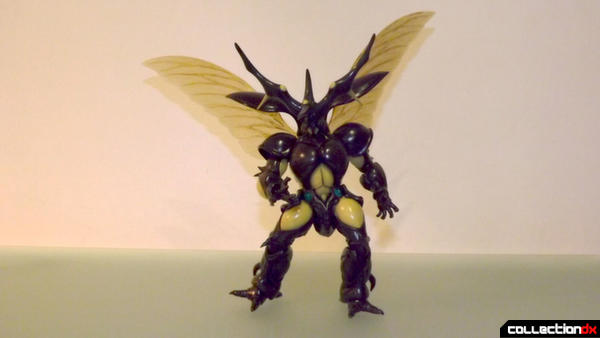 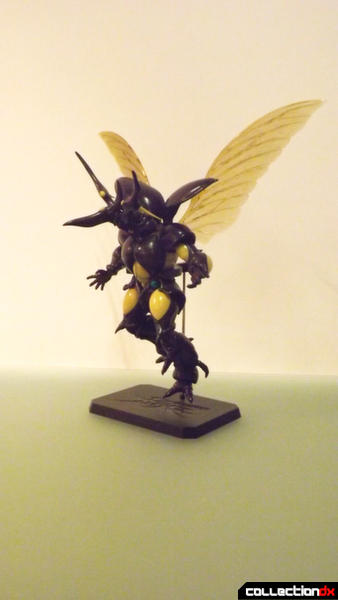 Nothing to see here Jmann, next time gadget, next time! 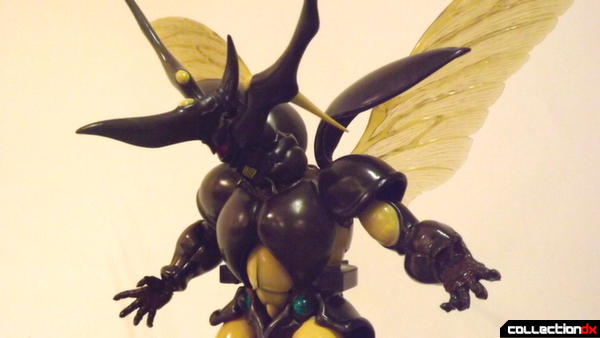 I remember the old OAV series and ZX-Tole's "I WILL AVENGE~!!!" moments. Maybe someone needs to avenge him for a change..

Not instigating the next round of Tanuki VS Jmann here. just a comment against quality control and tensile strength.

Great review Tanuki, shame these figures are more brittle than a Generation 2 Slingshot.

iz gonn be mega an yur face will be liek "waa" on da flor.

den i wil win all da fings wat you got in yur house.

I heard this figures are brittle almost like a GPS-suffering toy. Is it true?