Zartan is a mercenary in the employ of Cobra using a personal stealth technology for missions of espionage and sometimes out and out thievery. In his original incarnation, he was a “Master of Disguise” but is now more of hired thug. 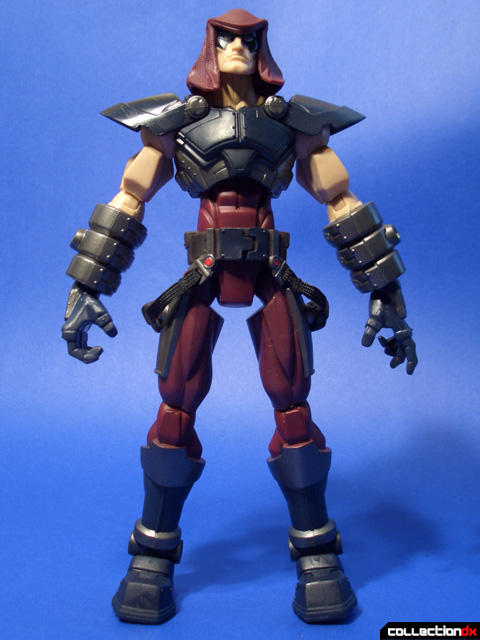 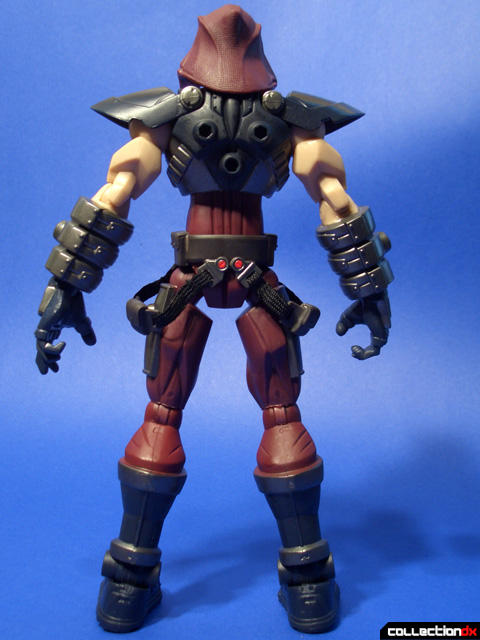 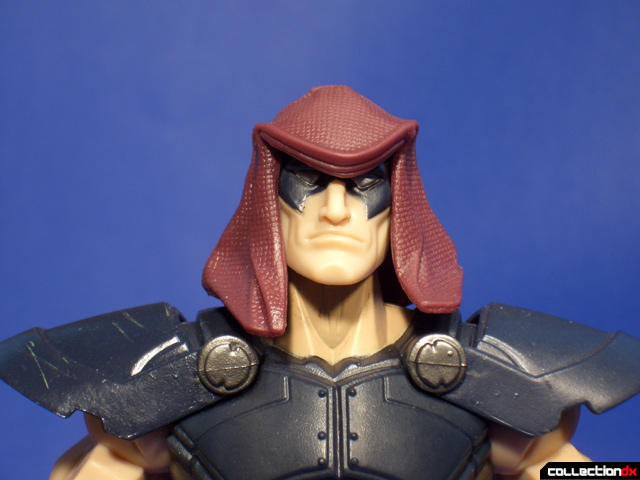 The look of the character hails back to his first incarnation in the 3.5 scale line back when I was a kid and it looks fantastic. The hood and mysterious eye tattoos have been kept and the look of his outfit mimics the original brown with black armor; yet he has that newer anime-inspired look to him at the same time. Hasbro struck a nice balance in the design of this figure. 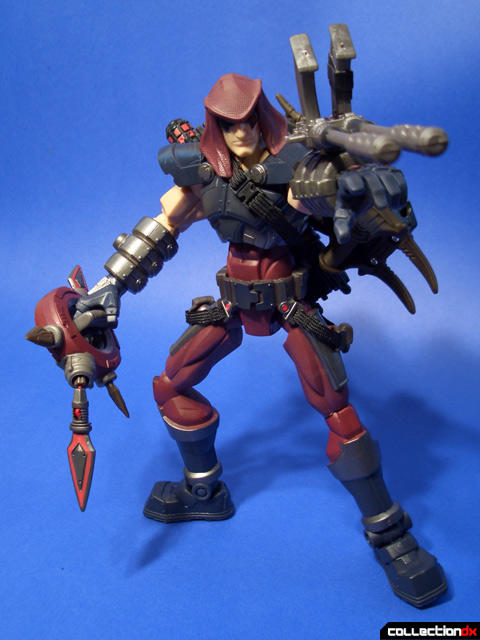 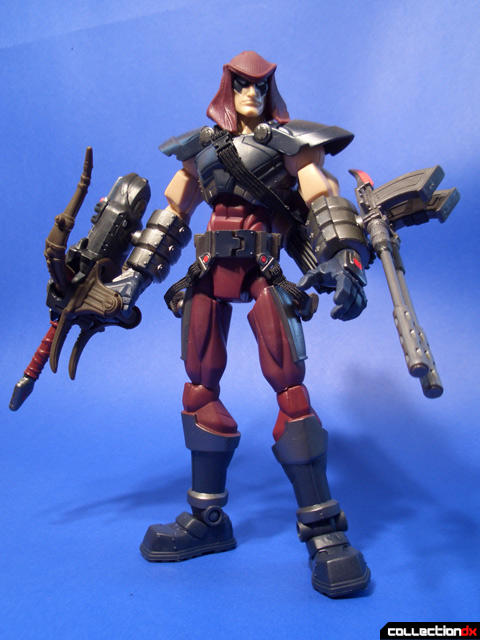 He stands 8 inches tall with the usual fifteen points of articulation I have come to expect from this series. The size of the gauntlets on his forearms does limit his mobility at the elbows however. 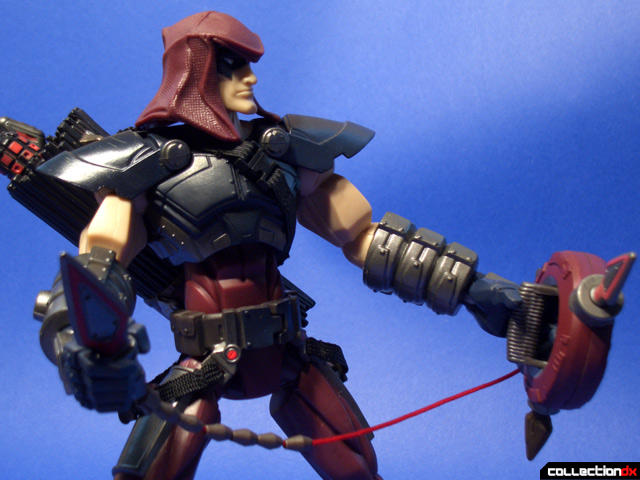 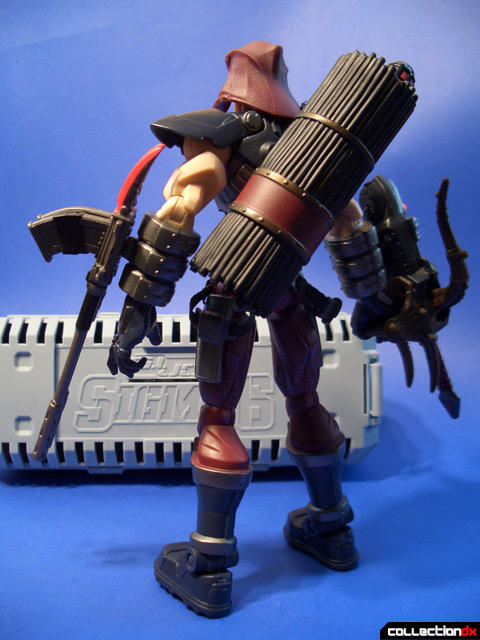 All details are painted on with the usual precision expected of this line. The fit and finish of the figure continues to impress me and the joints are all nice and tight; overall the figure feels very solid. 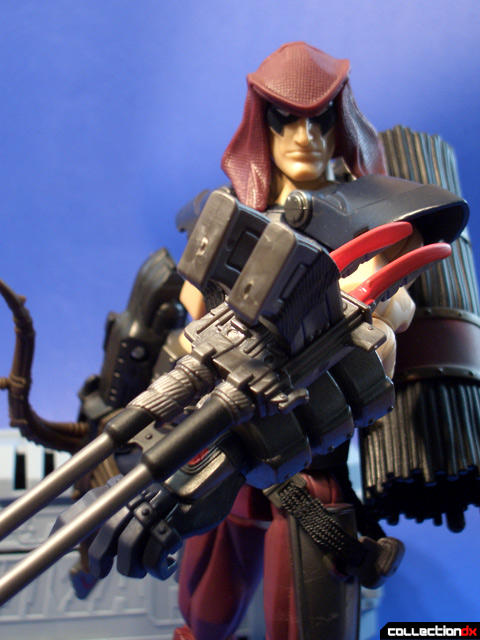 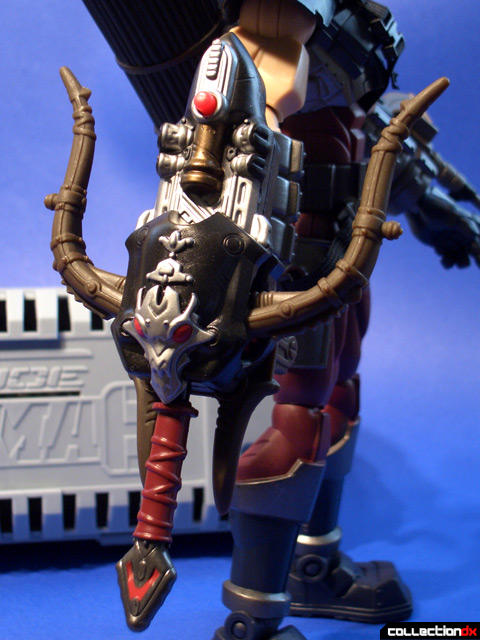 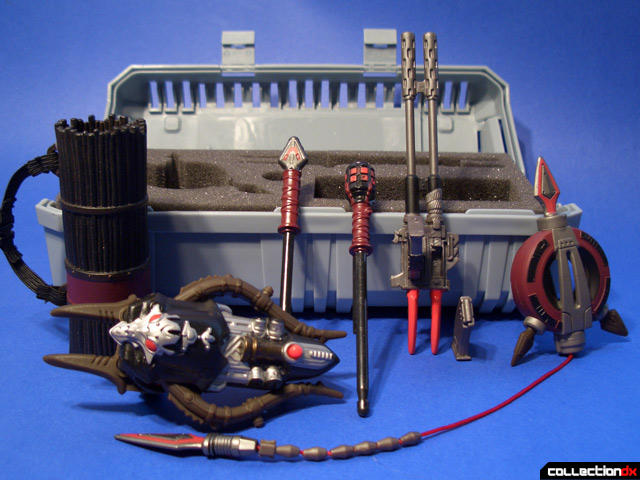 The accessories disappointed me a little bit this time around as they all look like they came out of a Mad Max film. Included is a working crossbow, quiver, two projectiles, wrist-mounted machine gun and a grappling hook. The crossbow fires and ammo clips for the machine gun pop in and out. I would have liked to have seen a more traditional rifle or pistol with the character as that is what he uses mainly in the series. I realize however that is an adult nitpick and I am sure any younger collector would enjoy the accessories just fine. 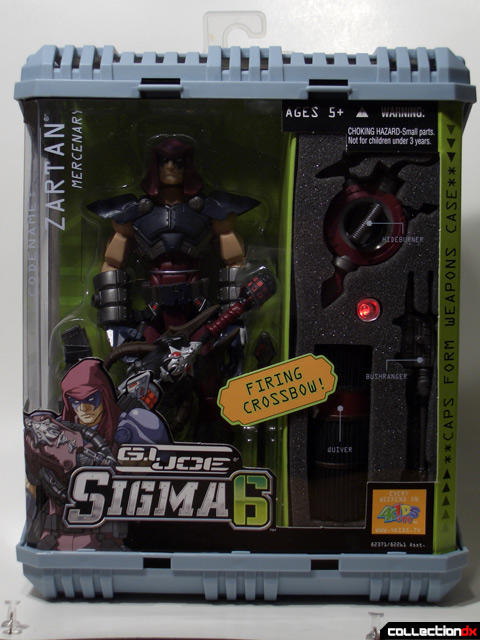 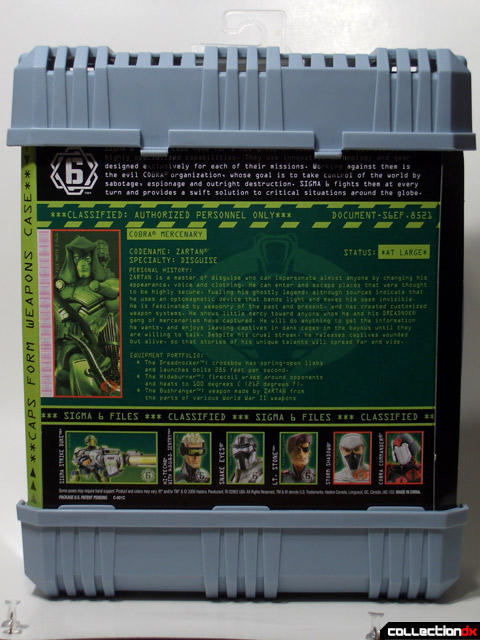 As with all the deluxe Commando series figures the top and bottom of the package turn into a weapons locker to store accessories. This is a great looking figure and certainly a must buy by both adult collectors and kids.

4 comments posted
Not Worth It

The fact that this Zartan figure doesn't come with any disguise masks and all of his accessories look fugly make this figure uniquely unattractive to the Joe fan. Yet another G.I.Joe figure released with thoughtless accessories.

He doesn't change color in sunlight either?? Or did I miss that part?