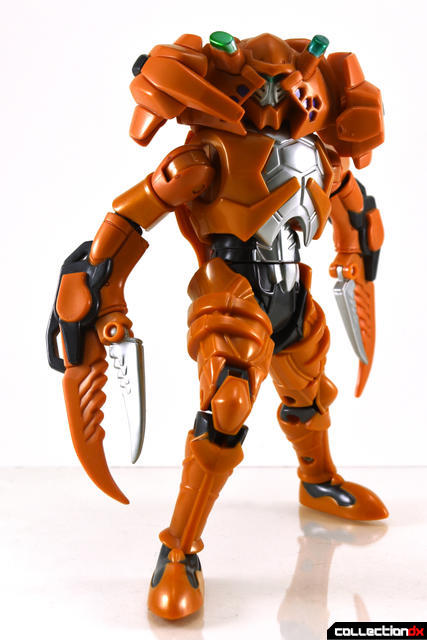 Overall, Volcancer’s design and color scheme is rather drab. Since this Mirror Monster made only a short appearance in the show and because his Rider was not at all important to the story, it is understandable that substantially less thought went into the design of this orange crab monster. 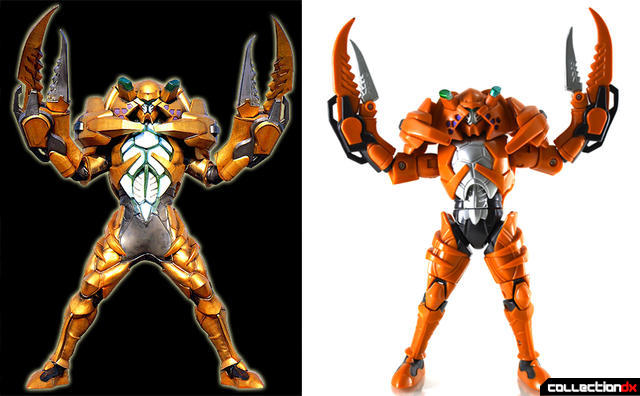 The toy version of Volcancer doesn’t do the design any favors either. The toy looks wimpier and out of shape when compared to its onscreen counterpart. The dark orange plastic, combined with the some missing paint details make the toy look even more boring. 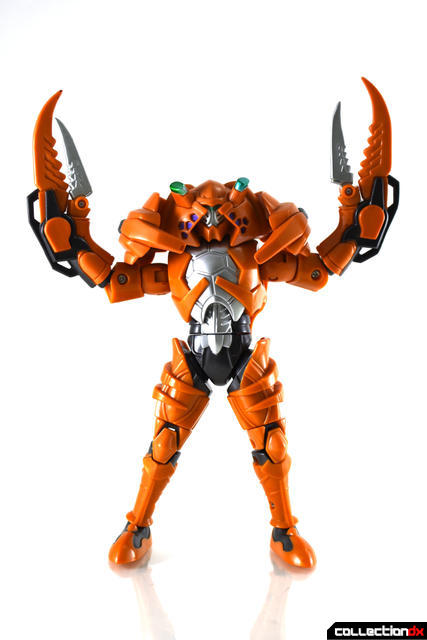 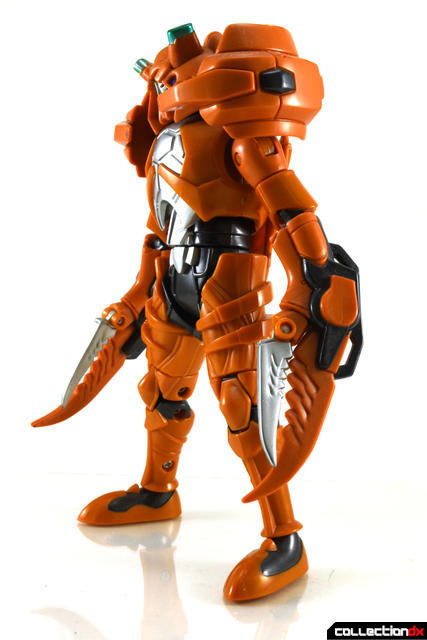 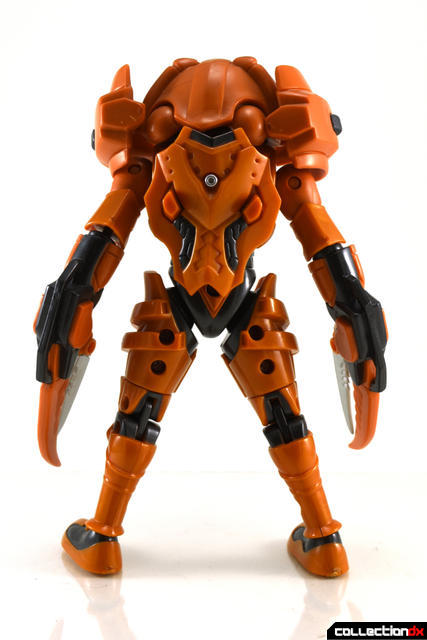 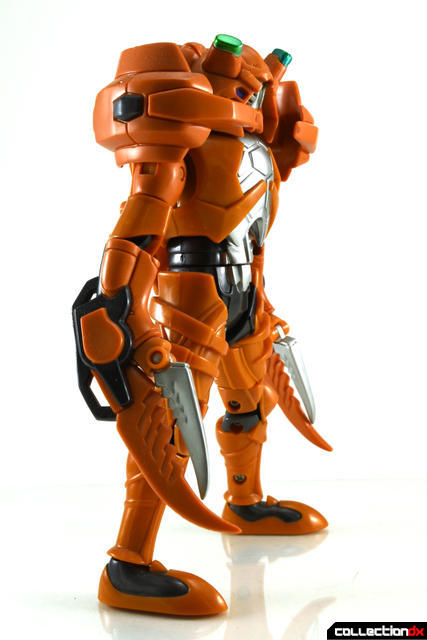 Another downside of being such a low-tier Monster is that Voncancer doesn’t have many weapons to offer his Rider.

On his back, he carries a shield that can attach to the arm of the Souchaku Henshin Kamen Rider Scissors, which I don’t own. 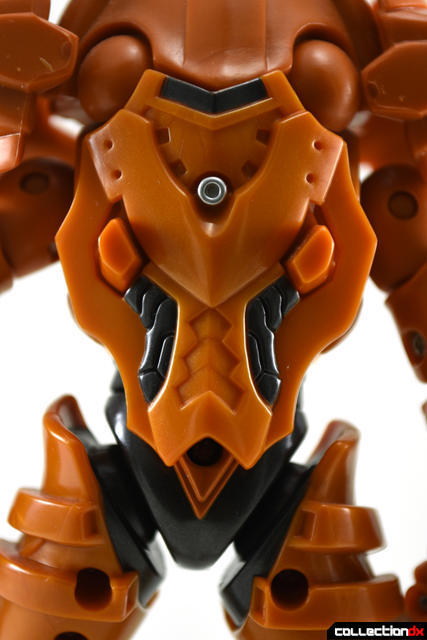 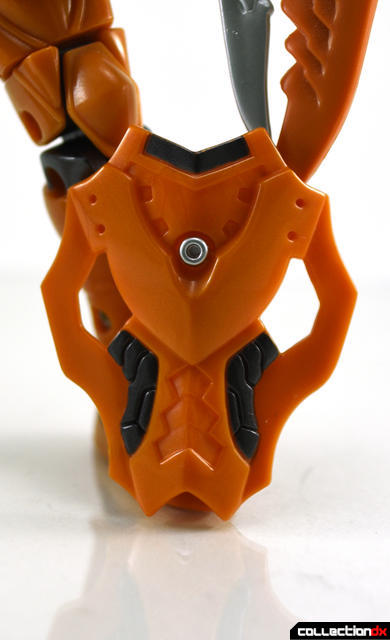 In the show, one of Voncalncer’s pincers can be used by Kamen Rider Scissors. That is not the case with the toy version. Neither of the pincers are removable.  Instead Bandai has included Scissors’ version of the weapon with it, which makes perfect sense since the pincer actually shifts shape when it is wielded by the Rider.

Volcancer’s shoulder pads are removable and can be attached to Scissors’ shoulders. Once again, I can’t demonstrate that feature due to my lack of the Scissors figure. 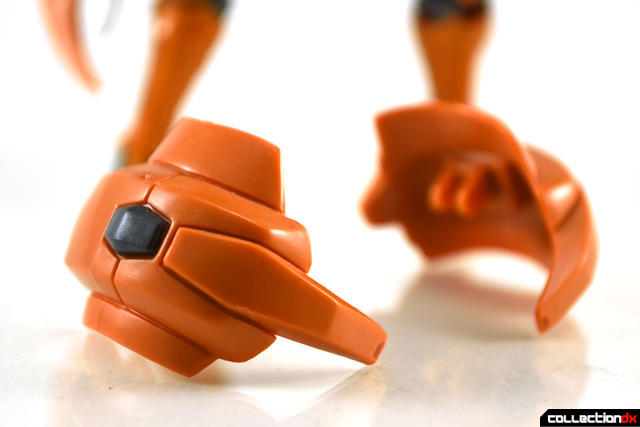 And that is it for the gimmick included with Volcancer. The weapon/armor count is just as disappointing as the toy’s design.

On the bright side though, taking off the shoulder pads makes Volcancer a much more fun toy to pose. The freedom of his upper arms can make him more menacing… 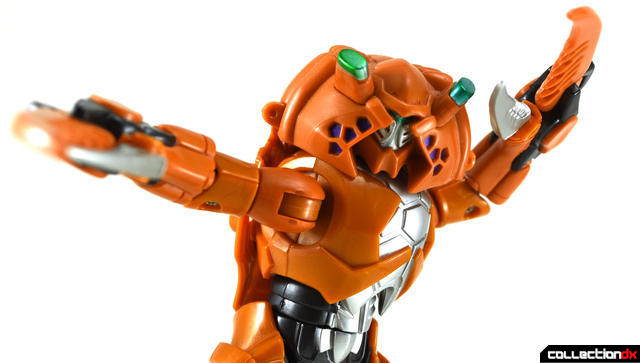 Or sexy. Your choice really. 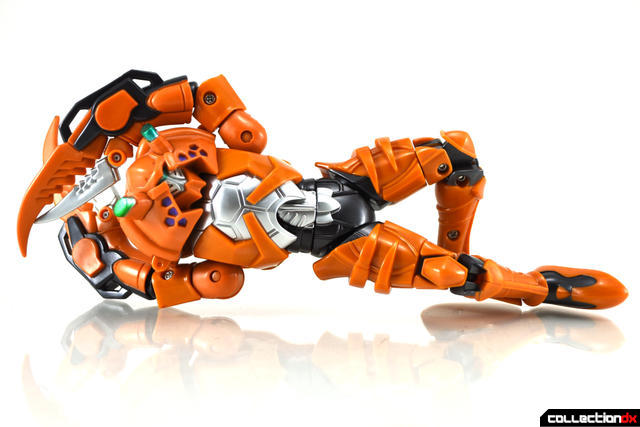 The strongest suit of this toy is that it is indeed a pretty decent action figure. It’s got a lot of the points of articulation, such as double hinged knees, abs, crunch ball-swivel shoulders and biceps swivels; a lot of this is articulation one would expect from a higher end toy. 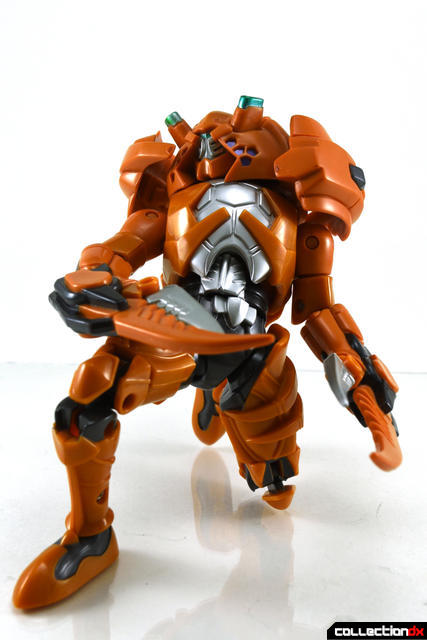 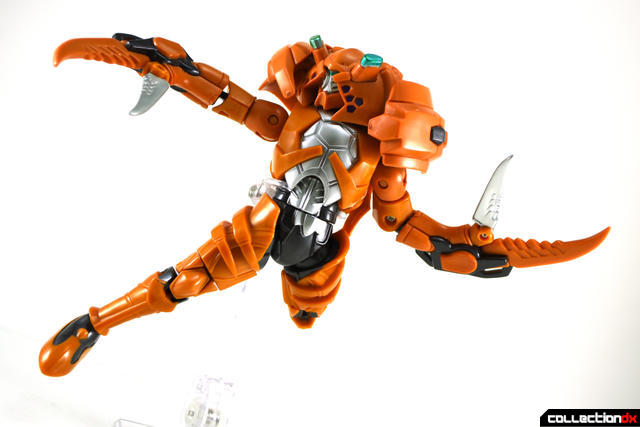 It's also got pincers that open. So that's another plus in the articulation department. 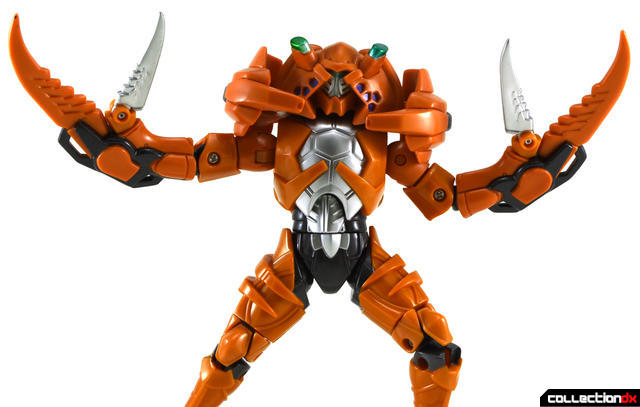 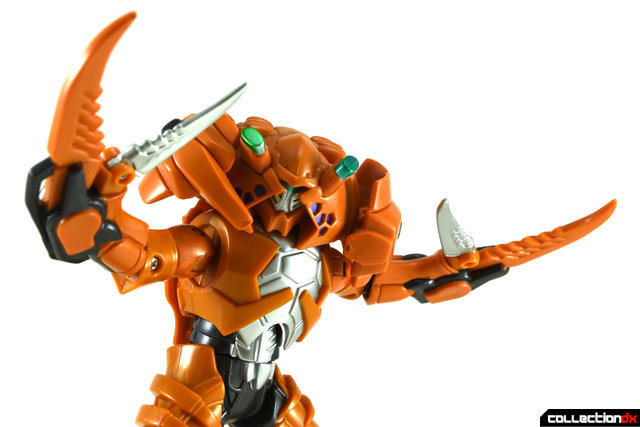 So all in all, this toy isn’t a complete disappointment if you want some generic pumpkin monster to play with. 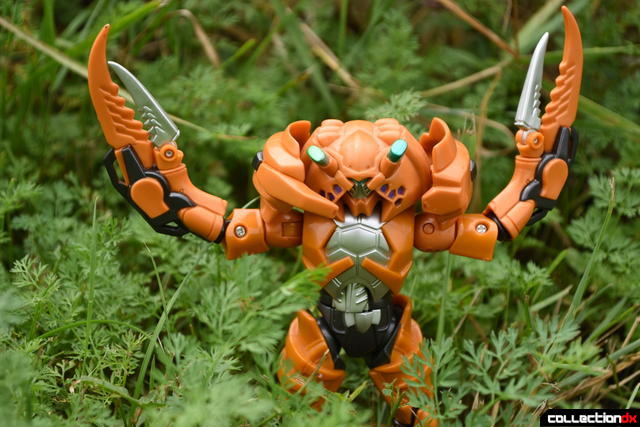 That being said, I would have never purchased a toy of this Mirror Monster on its own. Which may be a sentiment that many Kamen Rider Ryuki fans share and thus could be why Bandai has yet to make an S.H. Figuarts Volcancer.

I'm fascinated by how Scissors - who appears in no more than two or three episodes - gets more weapons/armor from his Mirror Monster than Ouja does from Venosnaker. It's pretty much just the tip of the tail there, isn't it? Seemingly a significant disconnect between the playability of the toys and the characters' prominence in the show.

While Venosnaker only provided Ouja with the Veno Saber, Ouja did ultimately end up having 3 Mirror Monsters that could combine into Genocider. If I remember correctly, Ouja could also steal other Riders weapons. So the abilities of Ouja's advent deck more than make up for the shortcomings of Venosnaker's arsenal.