Ultra Blast Batman is part of the Batman EXP line. The line stems from the show "THE BATMAN" currently airing on Kids WB.

Batman has been through so many incarnations, it's hard to keep track of them all. This particular Batman series has designs done by Jeff Matsuda, who was also the character designer for another favorite show of mine, Jackie Chan Adventures. 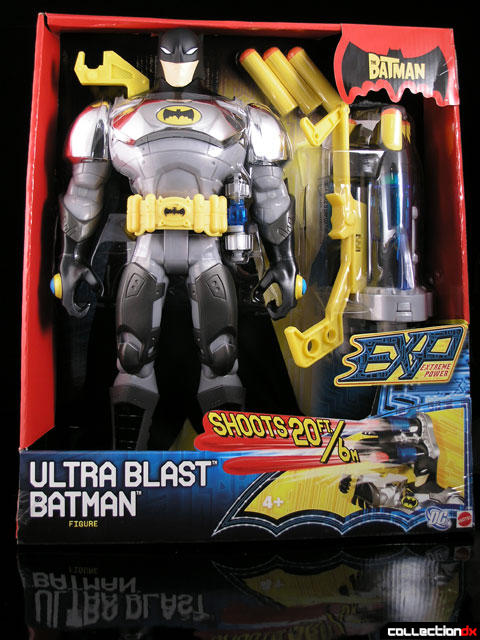 The EXP figures seem to be powered up versions of standard Batman figures. You know how it goes, first we have regular Batman, then Robin. Eventually they run out of ideas and we get things like Arctic Warrior Batman, and Yard Sale Batman. Kids seem to dig it though, so who am I to judge? 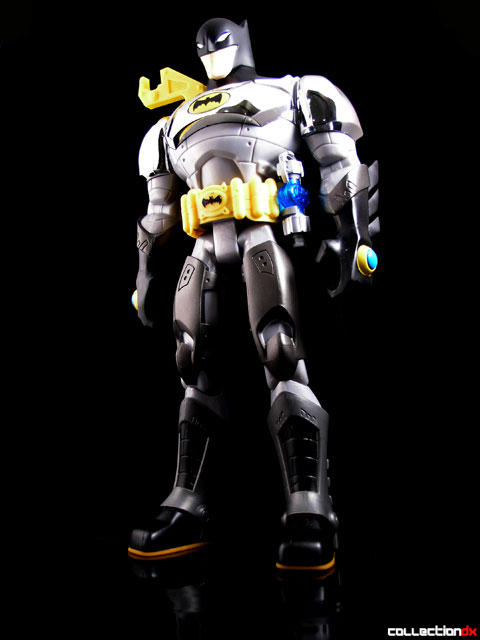 Ultra Blast Batman has a few things going for it. First off is the shiny chrome armor - it is actually very cool. It doesn't seem something someone would wear who likes to slip about in the dark unnoticed though. Second is the size - Batman is huge, coming at at 15" tall. The toy is sturdy, and even has a cloth cape. Articulation is limited, but that's not what this figure is about. The real attraction here is the Ultra Blast Gadget. 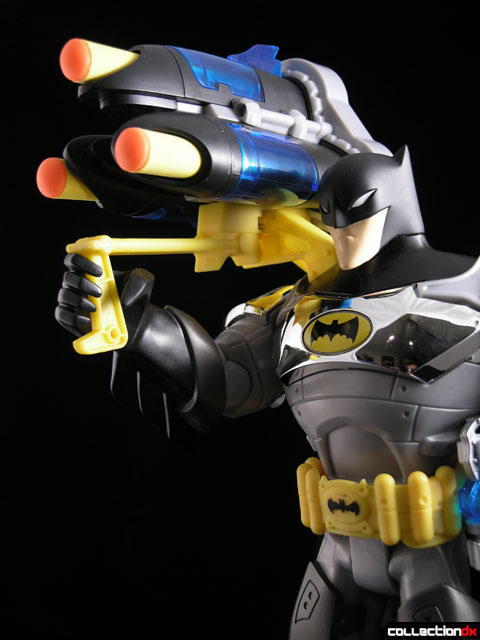 The Ultra Blast gadget fires three foam missiles up to distances of twenty feet. The gadget can be mounted on Batman's shoulder or fired by hand by a child. A launch key (found clipped to Batman's waist) is inserted into each of the three cannon triggers. To prime the cannons, you twist, then pull back until they lock. You can then choose to fire all three missiles at once, or one at a time, depending on which button you push. It's true, they travel really far. The back of the box doubles as a target. 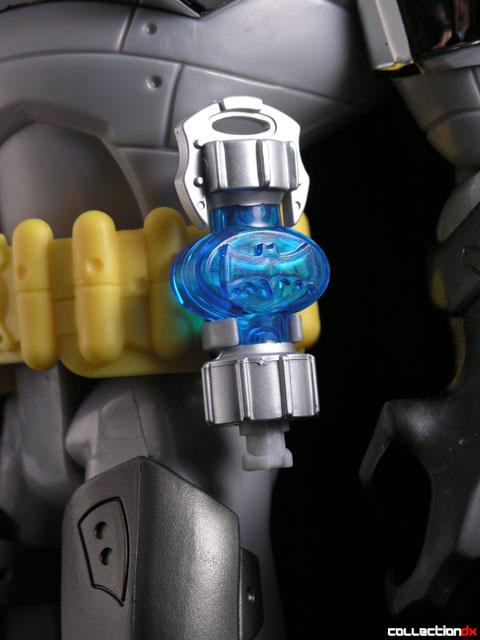 It's a cool toy, and a lot of fun, but young kids will enjoy it more than adult collectors. My son totally loves shooting the foam missiles at the dog.