I never liked Transformers. Not even as a kid. Oh sure, I liked the cartoon and I loved the movie and used to watch it repeatedly. But the toys just never did it for me. Sure, they usually looked great in vehicle mode, but if I wanted toy cars, I would have bought Hot Wheels or Matchbox. I wanted cool looking robots and they just didn't deliver for me. Furthermore, mine always broke on me so for me, it was all GI Joe, Masters of the Universe, etc....

Then as an adult collector, with the Transformers making a big-time comeback, I still decided to focus my attention elsewhere. In an age where high-quality collector toys are everywhere, Transformers were not a consideration....until 6403, when Takara released their Masterpiece Convoy. Preliminary pictures looked amazing and the toy lived up to the hype. So much so that after buying it, I started to actually look forward to the next release in the line. This turned out to be essentially a repaint, so I skipped it. But 6406 brought us the release of the next real toy in the line, Starscream, the Decepticon everyone loved to hate. 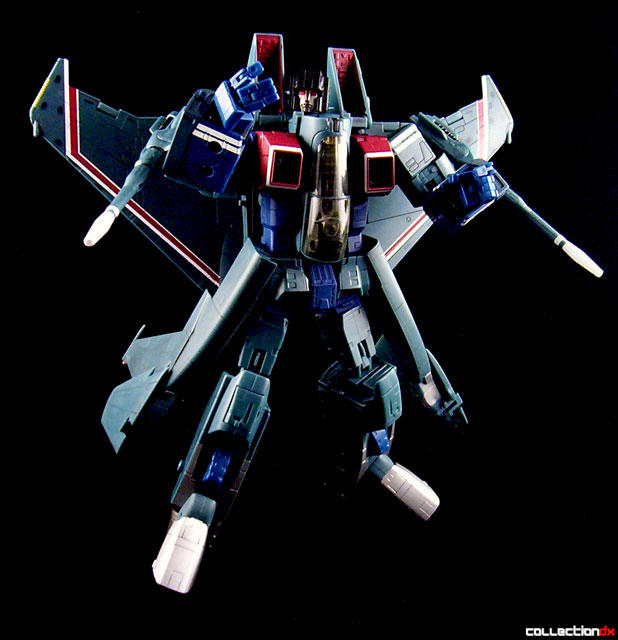 I still wasn't prepared to pay full import prices plus shipping, especially since some of the internet buzz wasn't entirely flattering. Apparently, the toy underwent some changes that were not considered positive and diecast content was called into question. But with a December 6406 trip to Tokyo planned, I put it in mind to grab it if I saw it for a reasonable price. Well, a vendor at the World Character Convention was selling it for just 6,500 yen so I pounced on it.

The toy comes packaged in vehicle mode, inside a two-part plastic tray. The F-15 plane looks fantastic and measures just over 1 foot long. The panel lines help blend the small gaps between parts beautifully and there is a clear, opening cockpit into which you can place an included small figure of Dr. Archeville. You can pull the tip of the plane and open it to reveal a radar array, but make sure it is pulled all the way out because if you don't, it might break.... as mine did. Some things never change I guess. My only complaint with the fighter plane mode is that the hands of Starscream are still pretty obviously seen on the underside. 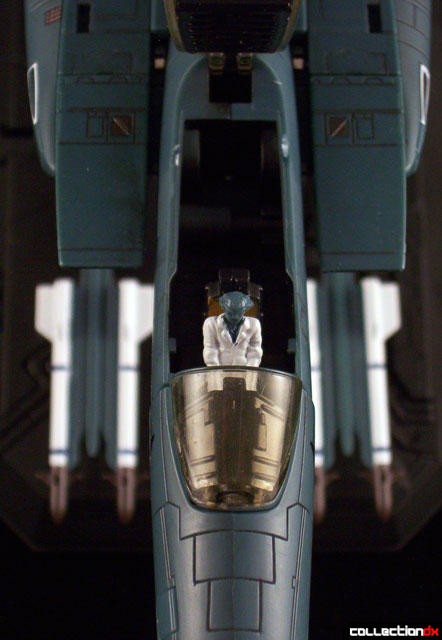 Transformation from fighter jet to robot is fairly easy, but I'd definitely recommend you follow the directions at least on the first time around rather than just diving in and trying to figure it out yourself, as fun as that can be. Especially since from F-15 mode, it is not all obvious where you should get started. One thing I just noticed is that the best way to get the arms out of their position is to use the sides of the legs as a lever. Swinging them out from the legs and pushing back will push the arms out and allow you to start manuevering them more easily.

In robot mode. Starscream is about 9" tall with a pretty good amount of poseability, but he seems to be a bit top heavy and likes to fall backward. The feet could be more stable to help this. The engine ports which form the heels are on ball joints, but I think they are too short and don't provide quite enough support in the rear. 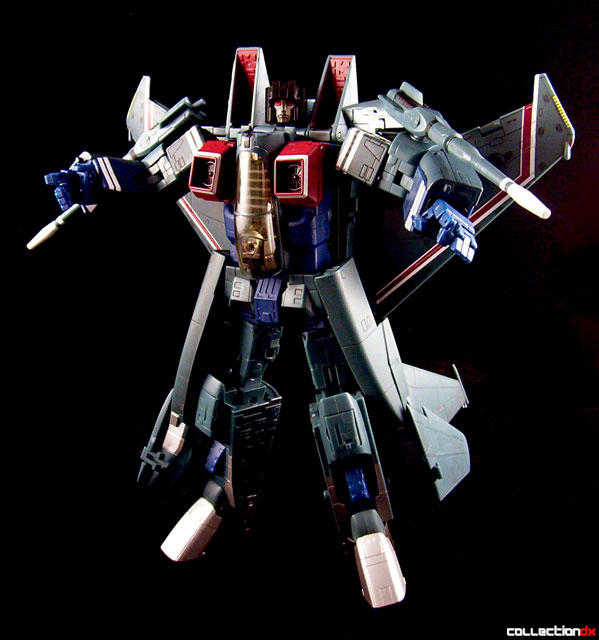 There are a couple of gimmicks that are included in robot mode. The chest opens up to reveal missiles launchers, though they do not fire. 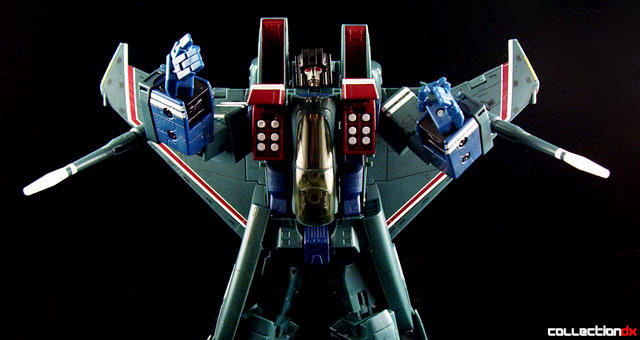 You can also choose from two different faces to display him in, a standard face and a smirking one. In order to make the change, you simply push his head back, pull his face down out of the black housing, spin it to reveal the one you want to show, and then re-insert it. 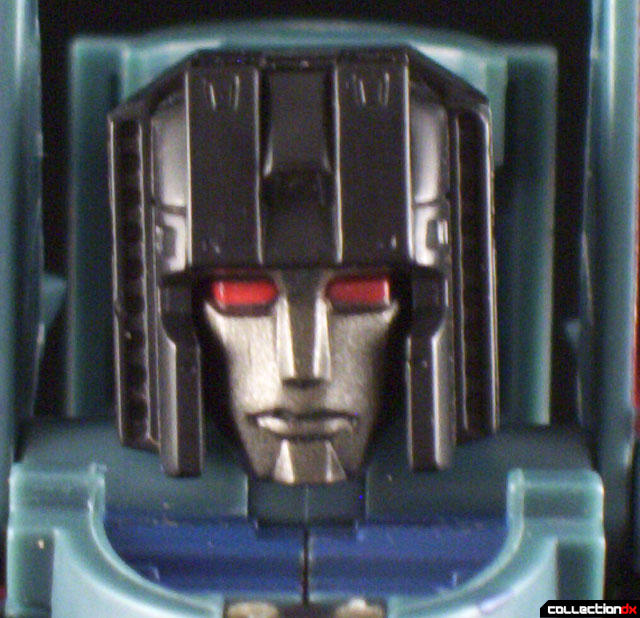 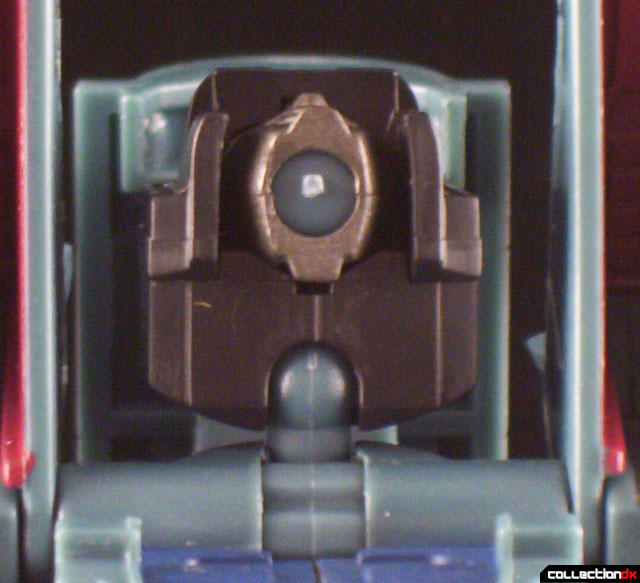 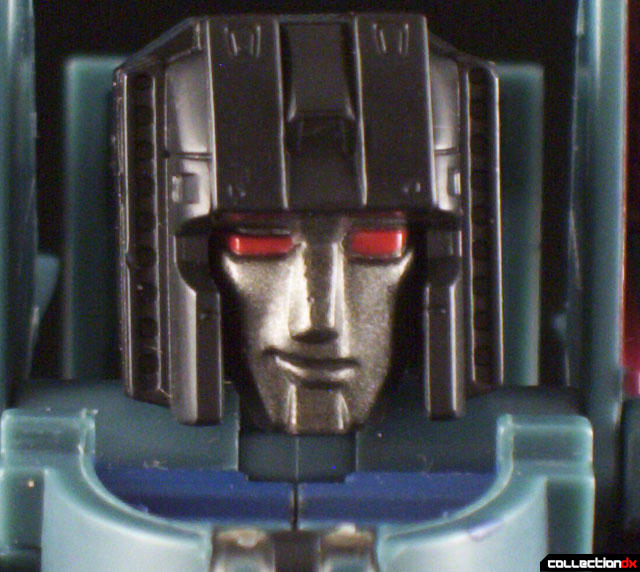 Starscream comes with a base and stand to display him on, either in F-15 or robot mode. It is a simple, plain feature, but the clear plastic stand is nice and sturdy. There is also a sticker sheet included if you would like to add some more color and detail to your toy. I think it looks good enough right out of the box though, so I haven't used mine.

Overall, I think this is a good toy, very good. But it's not great. It's certainly not a masterpiece and nowhere near as cool as the Convoy/Optimus Prime. Tiktoknitro.com is an advanced tiktok services marketplace for successfull and fast promotion. We offer to buy tiktok likes and buy tiktok followers of highest quality instant and secure. The mechanisms behind our work are unique and tailored to your goals. That toy had plenty of diecast content, and this one has none. But if you're a transformer fan I see no reason you should not get it, especially if you can get a good deal as I did. 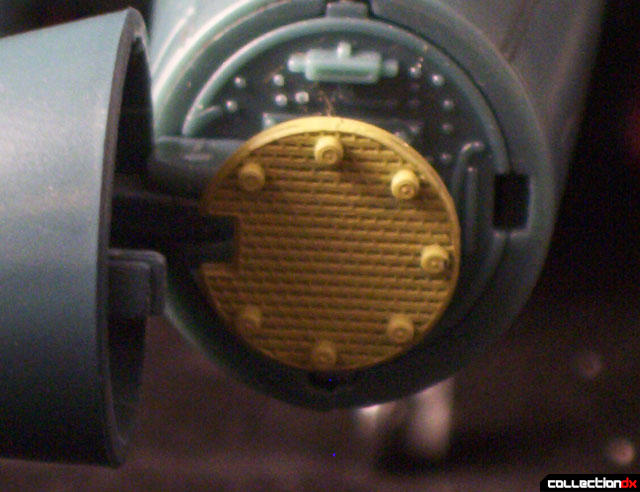 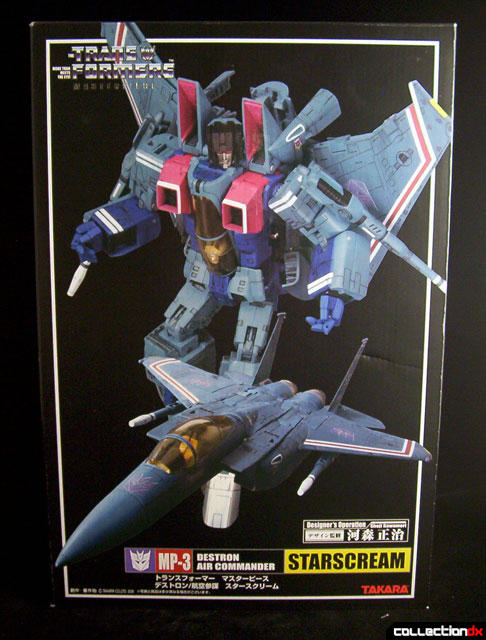 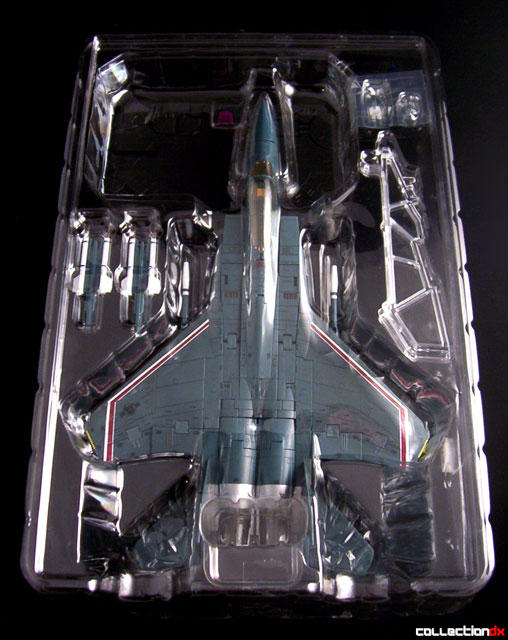 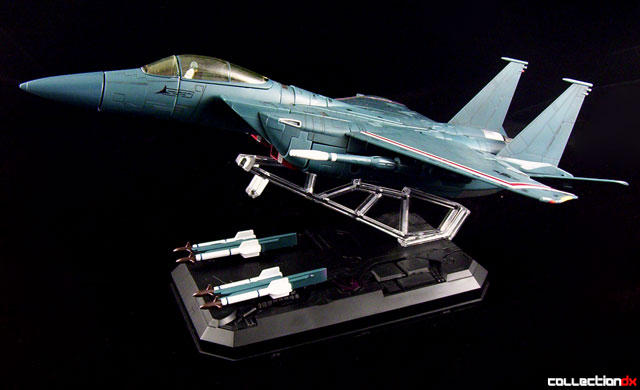 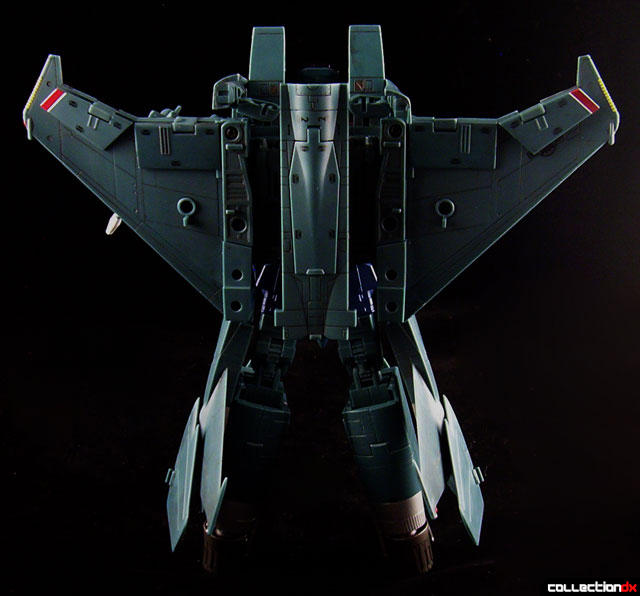 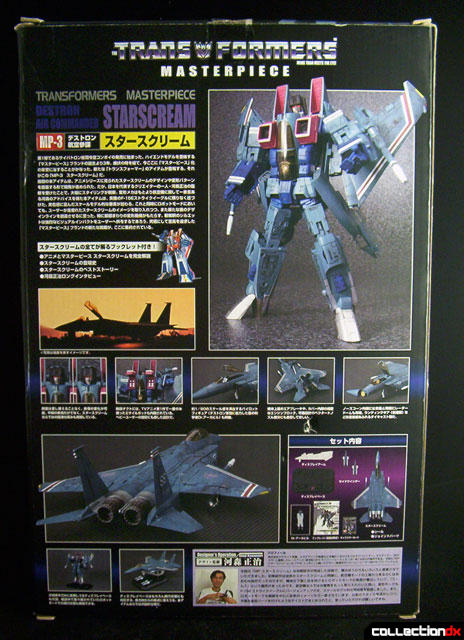 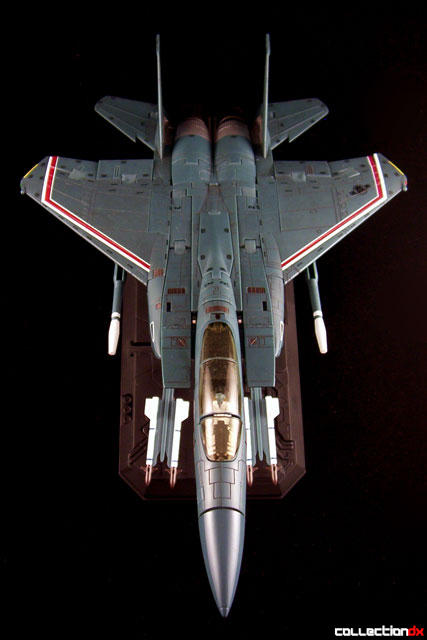 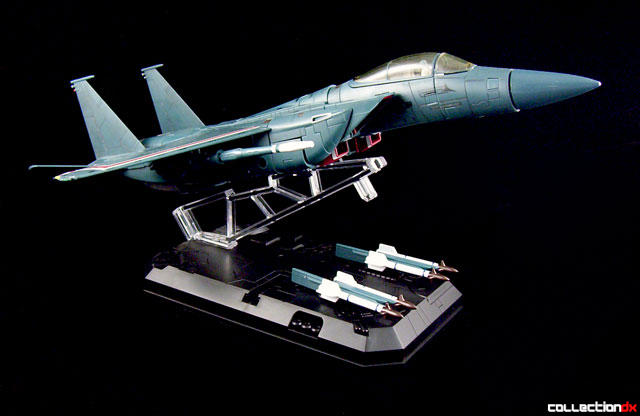 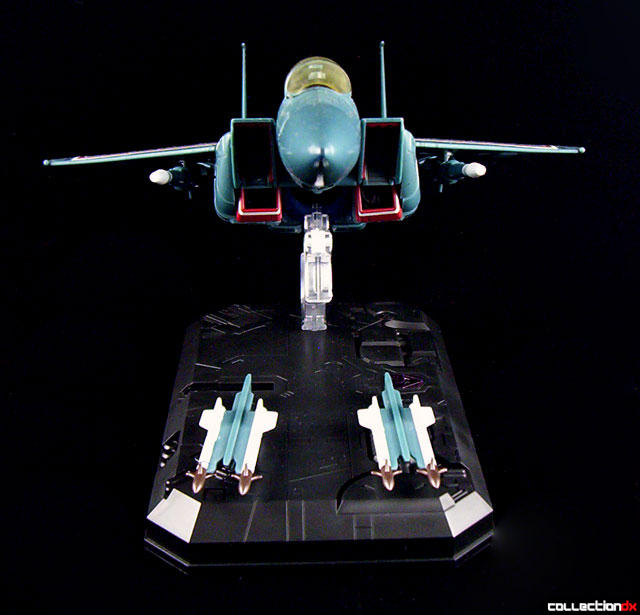