Space Sheriff Sharivan hails from the Tokuatsu show Uchuu Keiji Sharivan (宇宙刑事シャリバン) which ran from 1983 1984. Specifically, Sharivan is a Metal Hero show, a sub-genre of tokusatsu that features characters in shiny armor as opposed to bodysuits.

As a rule, most of the Space Sheriff shows are relatively unknown in the US, but you might be more familiar with them than you think. Several toys in the Godaikin line, such as Vavilos and Daileon made its way to the us, and there was also a few larger, sound and flash figures that Bandai put out outside of the line. 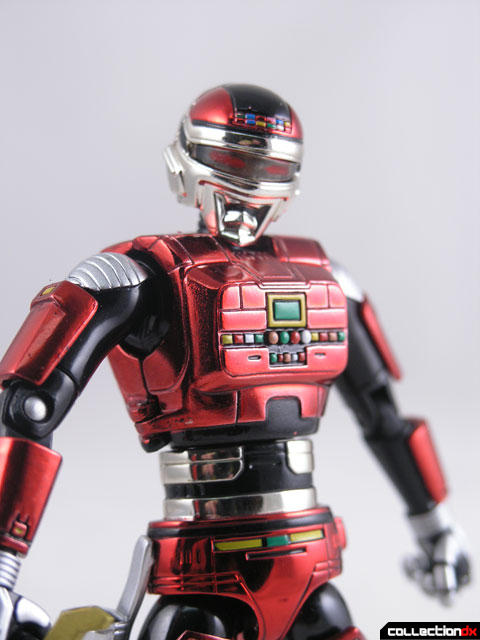 I picked up this figure on a clearance sale, having largely ignored the line in the past. But with the quality of this figure I was driven to collect all three Space Sheriff figures. 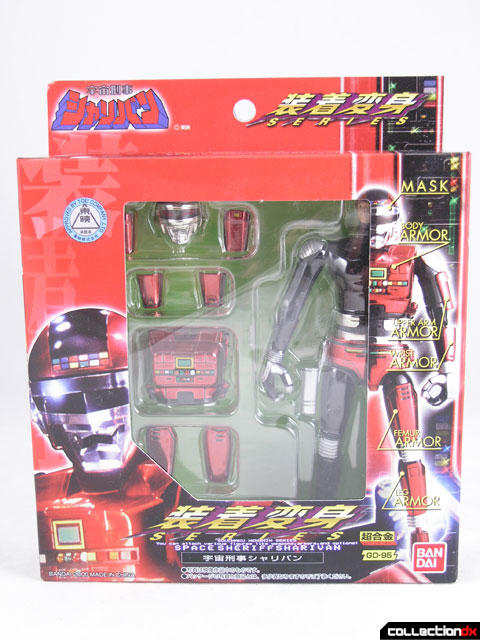 These things do, in fact, rock. The basic idea is you have a plastic action figure that you apply bits or armor to. The shrunken head is a signature aspect of the Souchaku Henshin line. As lame as it looks - you really almost never display it without the armor on. 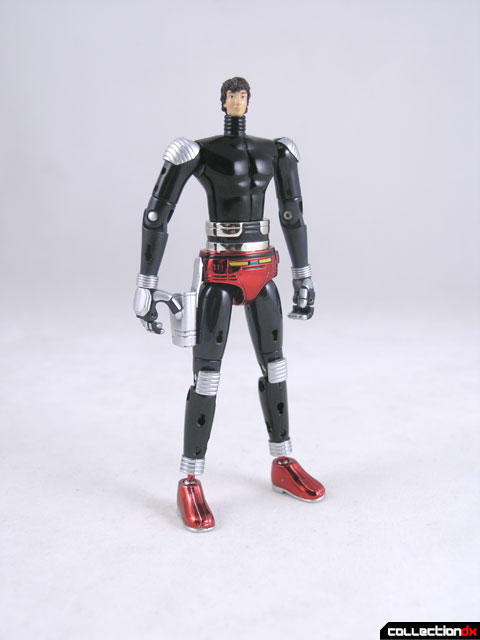 Each armor part is metal. The helmet is two parts that snap together, while the vest opens in the back to allow the figure to sit inside. All of the other armor points essentially "plug in" to the body. Be careful, some of the parts don't stay on too well. I lost one part of my shoulder armor minutes after assembling it, only to finally find it months later. 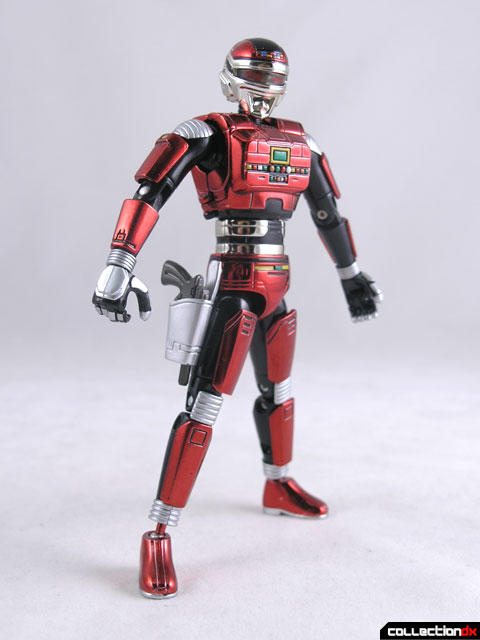 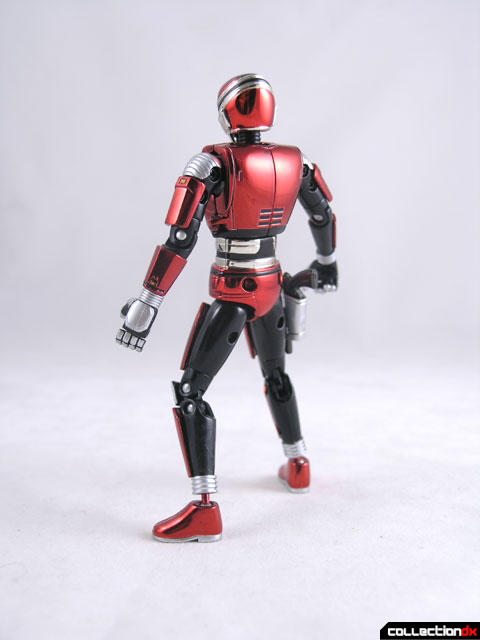 Articulation is not too bad and you can get some great poses out of it. Poseability is limited around the head area due to the helmet. it can still turn, but that's about it. 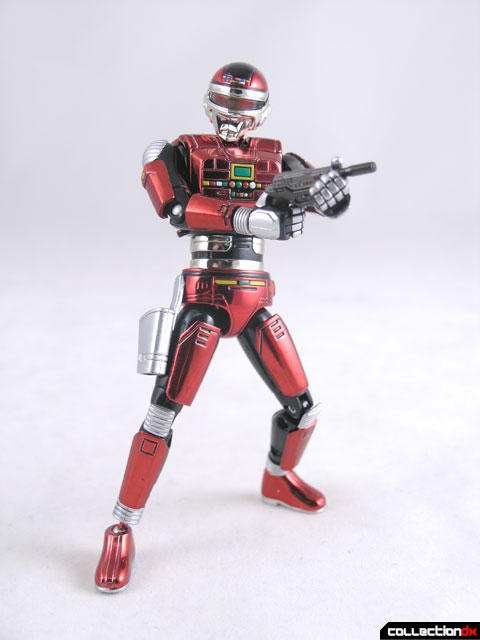 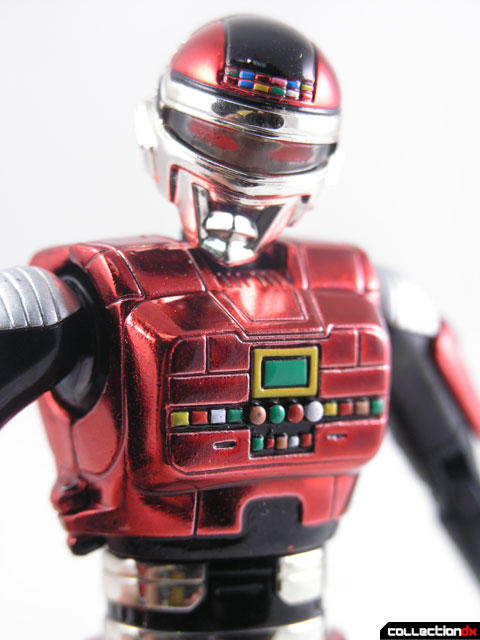 Accessories include a pistol and two different swords. One sword is clear blue, the other is solid. 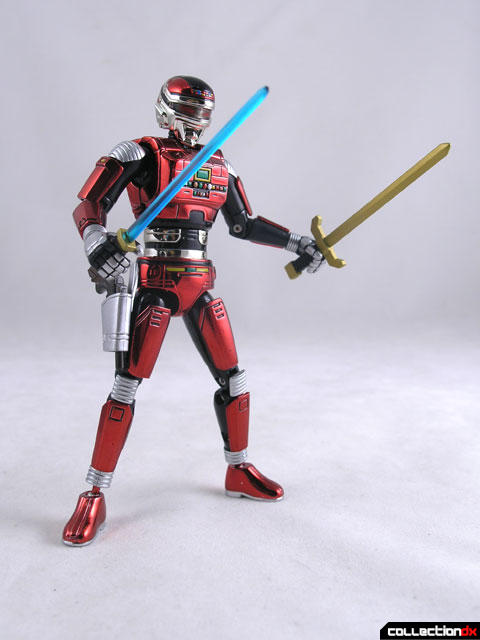 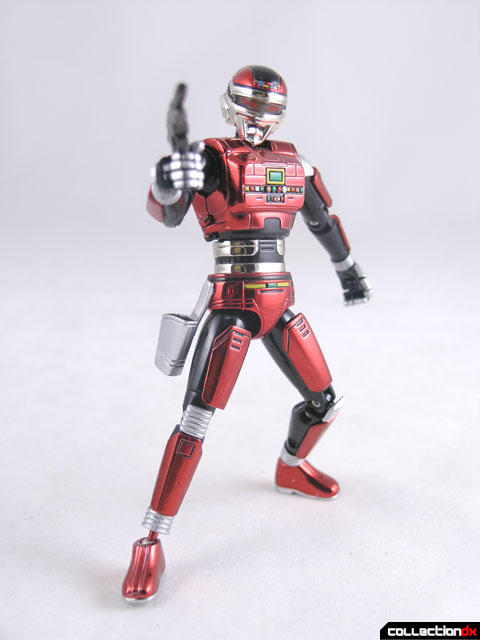 This figure is a real satisfying purchase. Recommended. 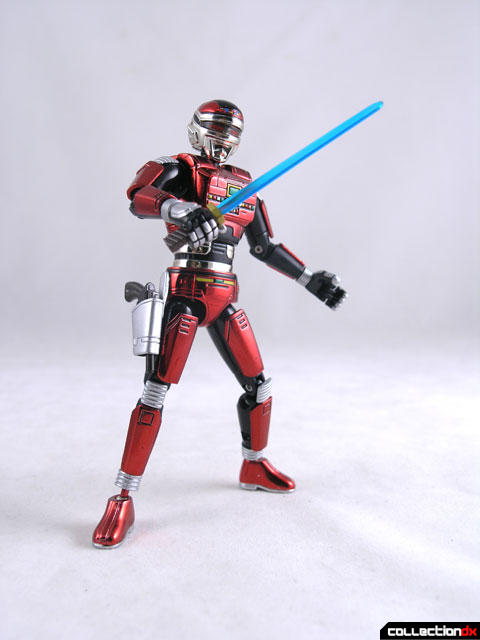 Yikes! That freaks me out to much to want to purchase it, much less take off that armor.

I have the Gavan. I HATE how the armor barely stays on. At least it looks pretty though.

Actually, younger US TV viewers would recognize several of the Metal Hero series.

That's five shows that came over, though they have little resemblance to their Americanized counterparts.

While I do have all 3 of these SH Space Sheriffs, I've noticed that my SH Shaider figure's "rear" is prone to paint chipping. I guess I must have gotten a defective one but that's just about it.

The little tiny heads on these guys always crack me up

Cool figure, but that head is freaky... are there figures in this line of the characters us youth would remember from VR Troopers? That and Big Bad Beetle Borgs were always my favorite after the first run of MMPR.

nice review, but for the record, i still prefer ActionWorks version of the metal heroes: gavan, sharivan, and shaider. they have a bit higher degree of articulation

I think recent Souchaku Henshin figures from the Kamen Rider Den-O line are the ones worth to pick. The base figure has a close to being a SH Figuarts articulation, the mask is just a simple crest instead of a helmet. And... No pinheads.